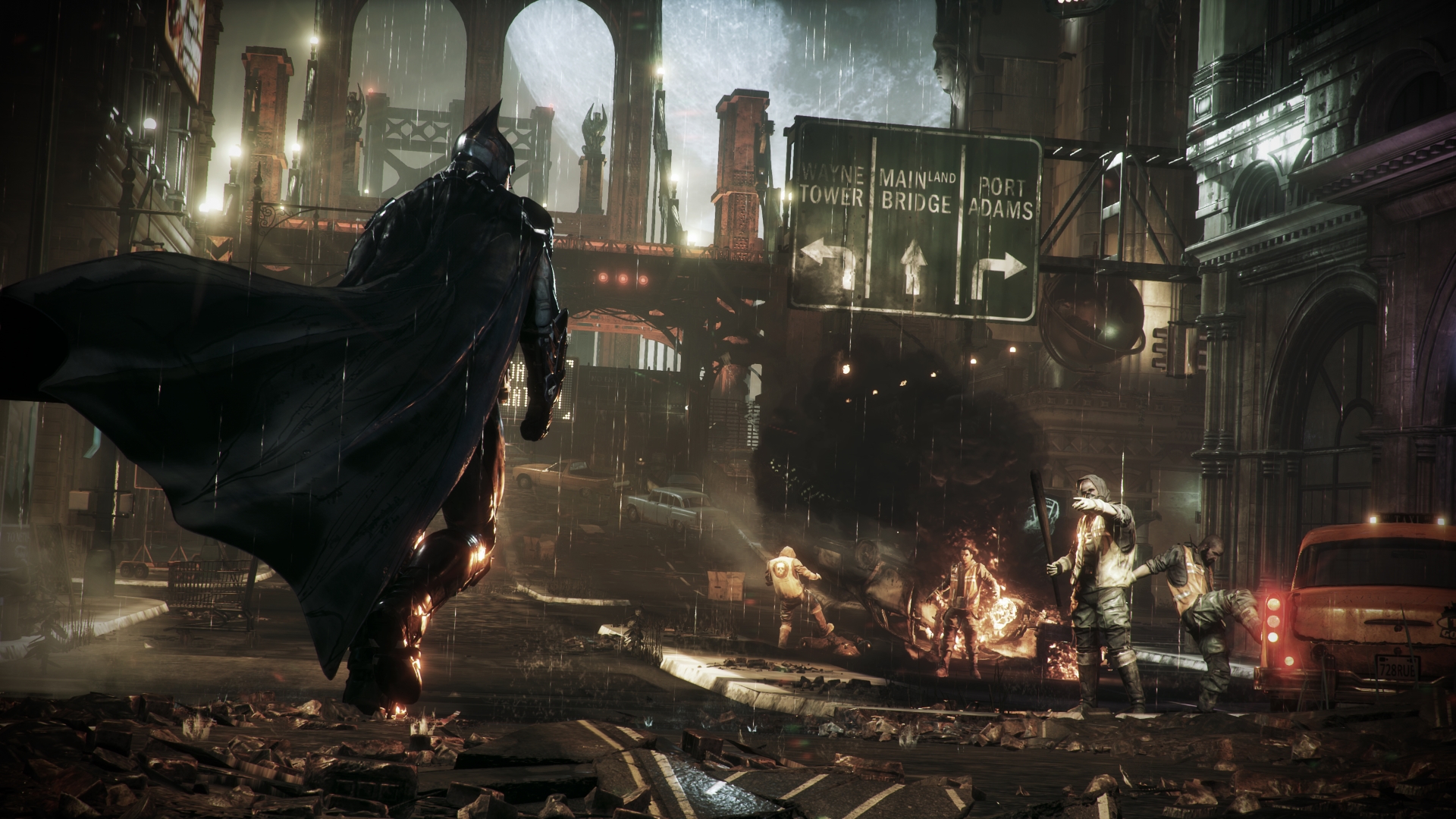 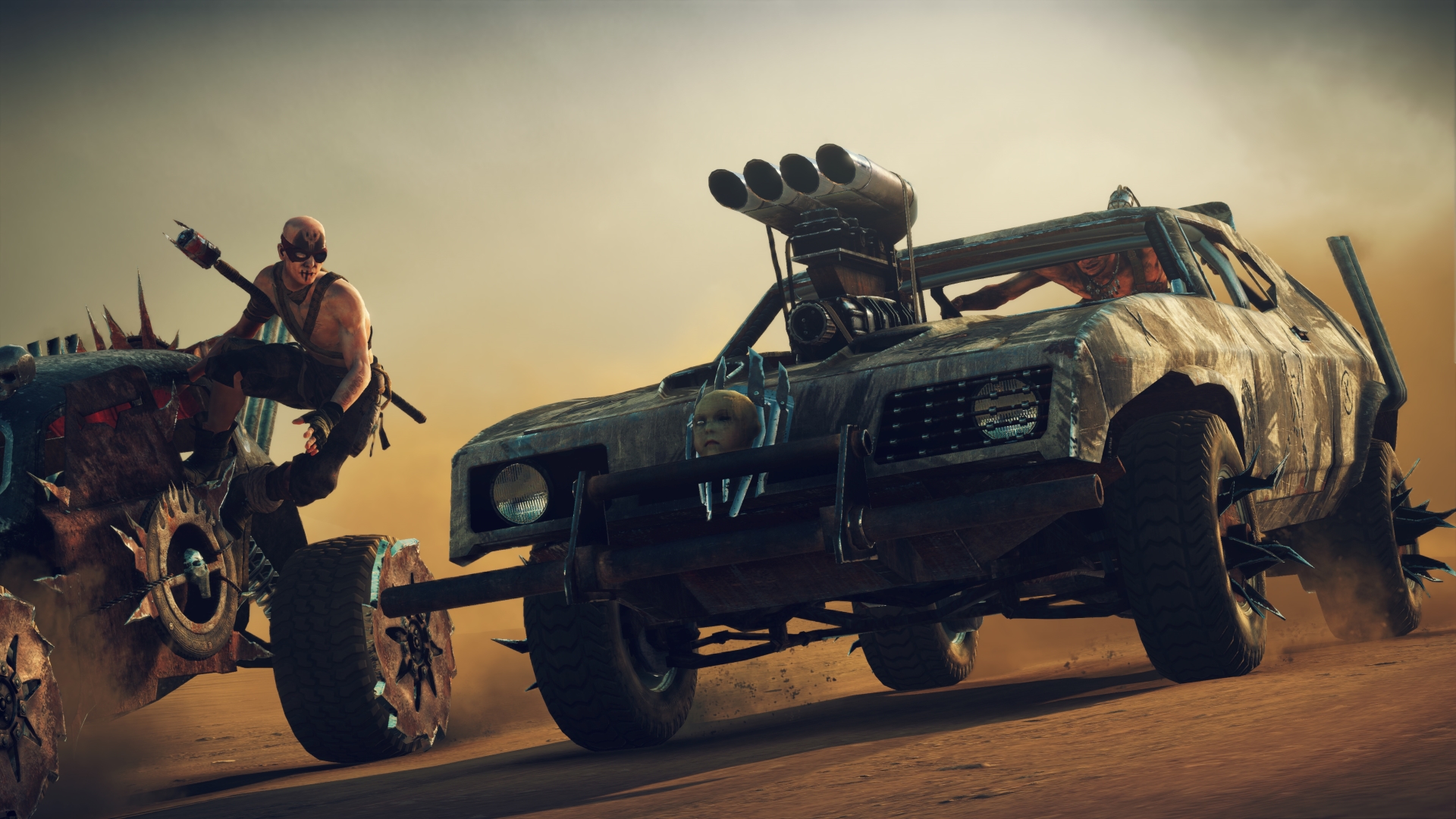 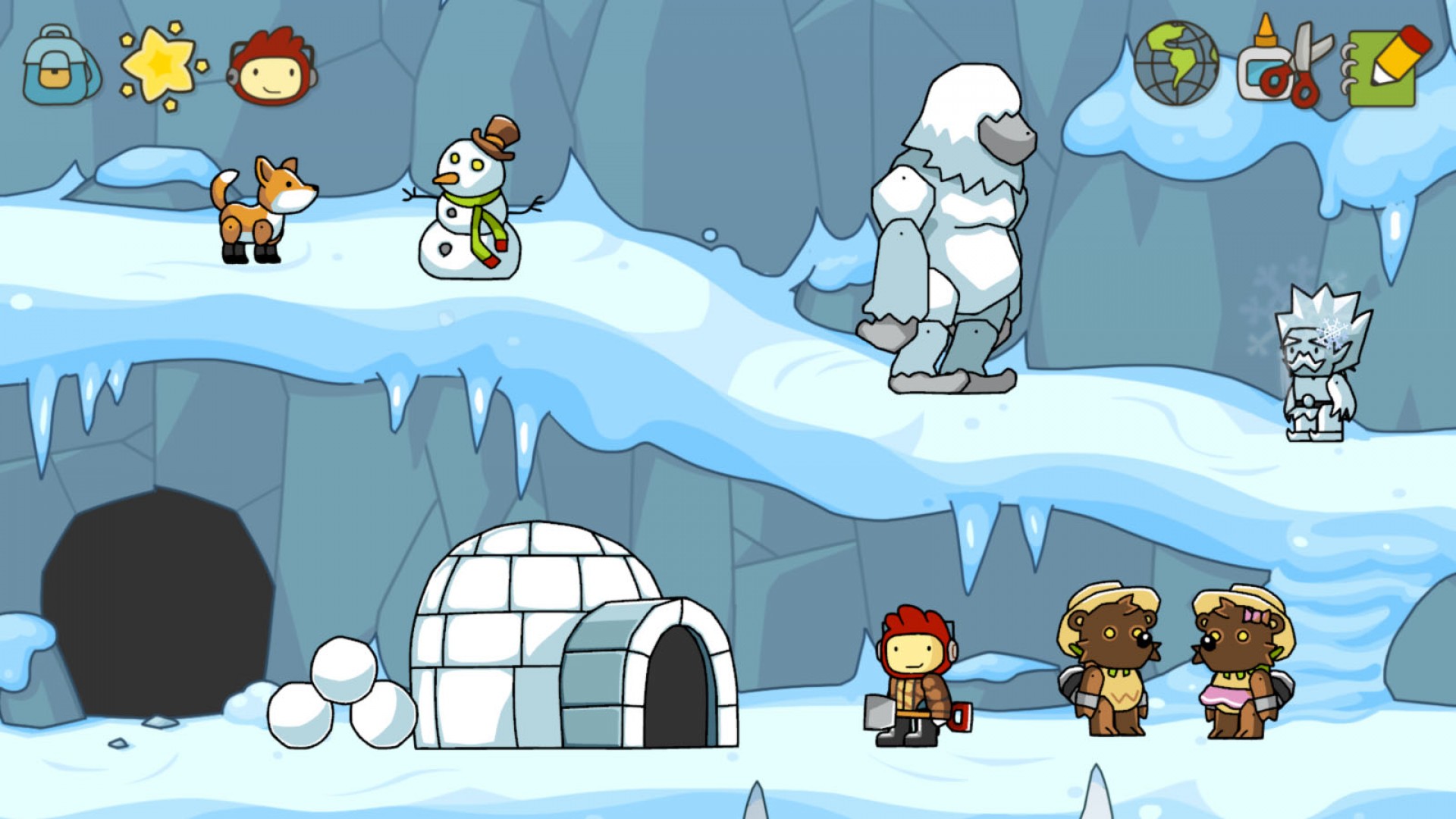 Today's Humble Bundle - probably the PC gaming deal of the day - contains a lot of grimdark Bat-biffery, and a few surprises on the side. Seven games for (up to) $12, mostly comics-themed, but with some underappreciated stuff in there. Plus, the incongruously bright Bastion and the wildly weird and happy Scribblenauts Unlimited, all capped off with the complete edition of Batman: Arkham Knight (which I reckon has grown past a lot of the flak it caught at launch) at the top tier. Below, trailers both cheerful and bat-grumpy, and some thoughts on the games included.

At the bottom tier (£0.77/$1), it's an odd trio. You've got Batman: Arkham Origins. While not a bad game by any means (outside of some potentially gnarly bugs that never got patched), it's clear that it was produced to fill a hole in a release schedule, so got farmed out to WB Games Montreal instead of the usual Bat-studio Rocksteady. You've also got Middle-Earth: Shadow of Mordor, largely superseded by its sequel but still a decent bit of orc-stabbery. Lastly, you've got Scribblenauts Unlimited, which while not as puzzle-focused as previous games is a joy to push the limits of.

In Beat The Average tier (currently a very wallet-friendly £3.15/$4.09) there's Bastion, the game that put Supergiant on the map. At heart it's a fairly standard isometric hack n' slasher, but with beautiful art, a creative setting and a shockingly reactive narration track courtesy of Logan Cunningham. Also in this tier is superheroic Mortal Kombat-alike Injustice: Gods Among Us, and Avalanche's Mad Max. Both good games, and Mad Max becomes significantly better if you're willing to engage it on its own terms, as Noah Gervais broke down in his sprawling video-essay here.

At top tier (£9.23/$12), you get one game more - the complete edition of Batman: Arkham Knight. Forget what you've heard about it being one of the 'worst PC ports ever'. At the time, perhaps, but it was mostly just restricted by a few strange bottlenecks, mostly VRAM and hard-drive speed-wise. Running on a mid-range modern PC (A decent i5, a 1060, at least 8gb of RAM and an SSD), you should get a silky smooth 1920 x 1080 bat-experience at maximum settings, although maybe a few dips in performance if you turn on the performance-guzzling Nvidia exclusive effects.

Also, one huge tip: Bizarrely hidden until you've completed the Batmobile driving tutorial is a game-changing option. In the options menu, switch 'Battle Mode Toggle' to 'On' and enjoy a whole new and vastly more coherent Batmobile driving experience, especially when puttering around the roads. If it weren't for this I probably would have hated driving the damn thing, too. I've no idea why it is this way, but at least it's easily fixed. This, combined with the DLC - which bulks out the arcade mode a lot and open world a little - and you've got a beefy serving of Bat, and a visual feast.

While some of the games have their issues, I still reckon this is a lot of very varied and frequently clever bang for your buck. Having the colourful and creative Bastion and Scribblenauts nestled in with no less than three games where Batman glowers a lot and punches faces feels like necessary punctuation. At under a tenner, I'd say this one's a no-brainer. At least, I would if I didn't own all of them already. You can find The Humble WB Games Classics Bundle here.