If you click on a link and make a purchase we may receive a small commission. Read our editorial policy.
Can’t Stop Playing is our monthly celebration of a game we're loving. This time we have been buried under the pixel avalanches of physicsy roguelike Noita. Watch out for more articles on it throughout the month.

Castle Shotgun has been ringing with the sound of spells, explosions, and squelching purple monsters thank to the chaotic mountain-delving nightmare that is Noita

Some of you are thinking "Sin, you just don't like roguelikes". Well no, I don't. Or at least, I don't like having games I'd otherwise enjoy punish experimentation by taking my save options away.

Much of Noita's appeal comes from the escalating chaos as its simple rules and monster behaviours collide. To some extent, those hazards can be mitigated through hours of practice, and to the game's credit, more often than not when a question like "if I drop water onto that lava, will it turn into stone I can walk across?" comes up, the answer is "yes". I get it. I get that the randomness is supposed to make things more dramatic, and lucking into something good feel more precious.

But what am I supposed to do when, for example, I peek over an edge into the darkness, and am immediately hit with this: 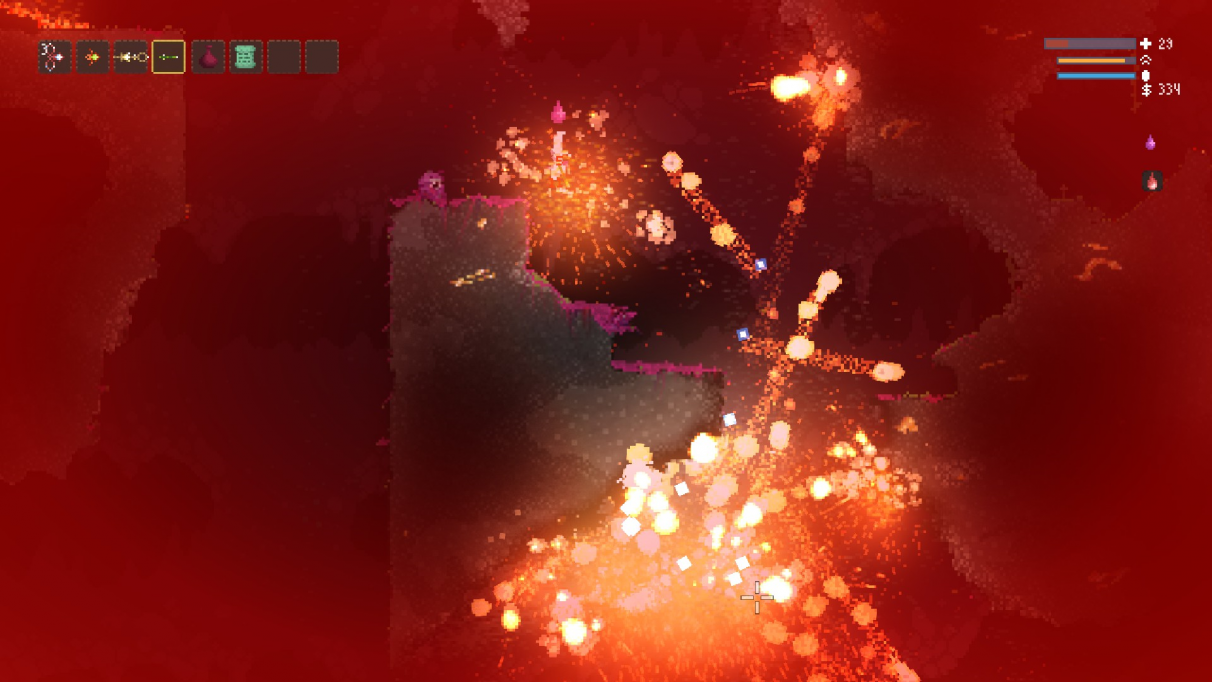 Or what about when I spend 10 minutes thinking and testing and rearranging my 20 spells and wands, only to immediately be dropped into a cluster of slime monsters and a nest of angry lava wasps? I just die. If I'm lucky I'll merely be nearly dead, and have to spend the rest of the level being almost as avoidant as I am in real life. Graham, of course, recommends being as reckless as possible, but that path leads to waking up outside the mountain yet again, with all the fun stuff I just discovered gone forever. I don't need a lesson in accepting chance and chaos and randomly losing everything for no reason as facts of the universe, thanks. I have already been poor.

It's the spells, most of all. Noita has a litany of spells, effects and modifiers, and wands to stick them to. Between levels you can move spells around between wands to programme them as you like. With the number of effects -- a bouncing projectile, a freezing sphere, a decoy deer that explodes because wizards -- and the modifiers that make projectiles explode, summon a pool of water on impact, or trigger three spells at once, there's a huge number of possibilities. But as soon as you die you lose everything. It could be a dozen runs before you even see the same spell a second time, let alone get a chance to combine it with something fun. 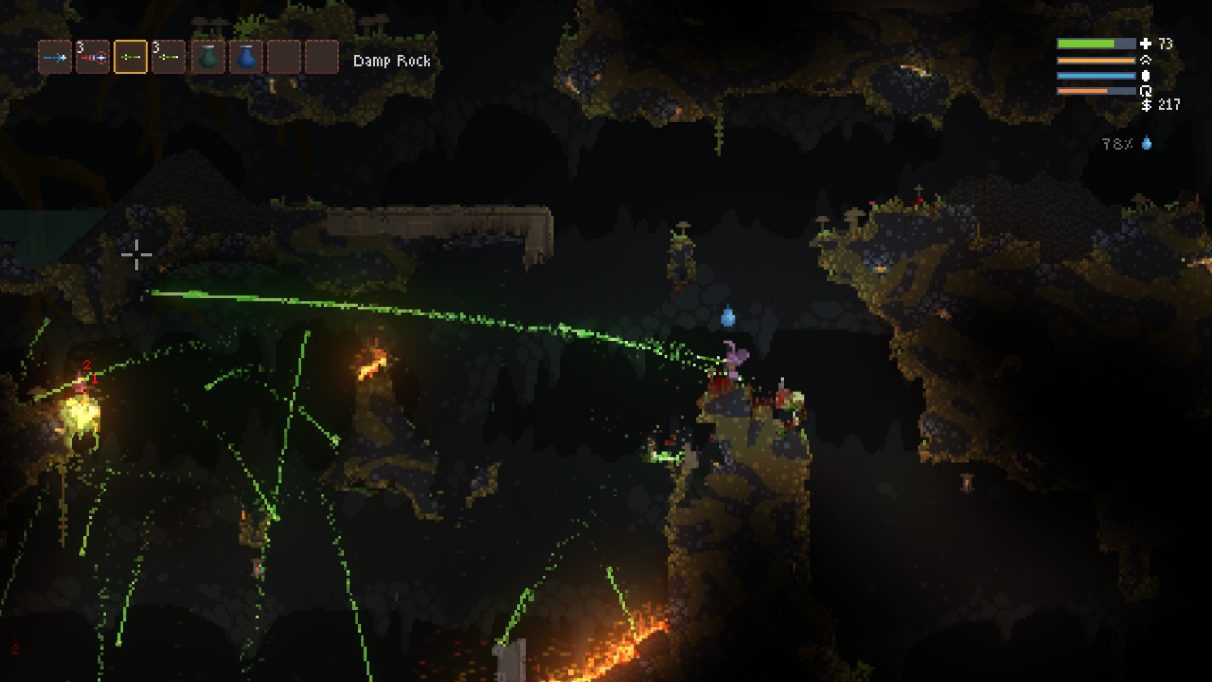 The outcome is a game where I just don't touch 90% of the options because they're less likely to keep me alive than the boring, efficient ones. I'm not even bothered about "winning" or completing the game. I just don't want to have to go back to square one over and over again. So, I save the game. I save and quit, or alt-tab, so I can copy and paste a game into a back up folder, and play it again when my fun gets cut short. This is how I like to play it. And crucially, if I wasn't able to reload my saved games, I'd just stop playing it.

Noita is bloody good, is the thing. It's not the first roguelike whose annoyances I've circumvented, and it won't be the last. But I really wish it wasn't necessary to do it the awkward way. If you're gonna give me a playground, let me play in it.