I've played my fair share of MMOs over the years. Despite the excitement that used to come with an online world stuffed full of unknown people, I've started to feel some put too much "massive" in the MO. The next game by the folks known for the Shelter series—the ones about animal moms protecting their babies from hawks and rivers and such—is what they're calling a TMO, a tiny multiplayer online RPG. Every new image or video I see of Book Of Travels convinces me that I really want TMOs to be the next big (but small) thing.

Might And Delight say that in Book Of Travels, "Braided Shore is a vast and intricate world, but meetings with other players are few and far between so your chance encounters will be something special." That rarity is part of what I hope will make Book Of Travels' online world special.

Instead of communicating in text or voice chat, BOT will use a symbol system that appears to be an expanded version of what M&D created for their smaller online game Meadow, a "forum in games clothing," as they describe it. They showed off just a bit of this system at work in some new gameplay footage during yesterday's Wholesome Direct.

One player enters what looks like the outskirts of a village and is greeted by two others, one who uses an eyes symbol and another who uses an icon for a hand wave. After sitting down together at a fire, the waving player summons some kind of magical ability that leads all three to something nearby—a treasure, perhaps? I'm not sure. They use an icon for a smile as they summon this helpful spark.

It's these small moments between strangers that have me most excited for Book Of Travels. They remind me of chirped greetings exchanged with players in Journey. Without voice or text, I always approach other players assuming their goodwill and I genuinely believe they often assume the same of me. Players may devise ways to grief one another I suppose, but I have hope that these simpler social systems will encourage a more symbiotic relationship.

A more pared down language that doesn't lend itself well to malice paired with the relative rarity of other player encounters gives me a lot of anticipation for Book Of Travels. It feels like the kind of world that could put some magic back into meeting strangers on the internet. And heck, just look at it. 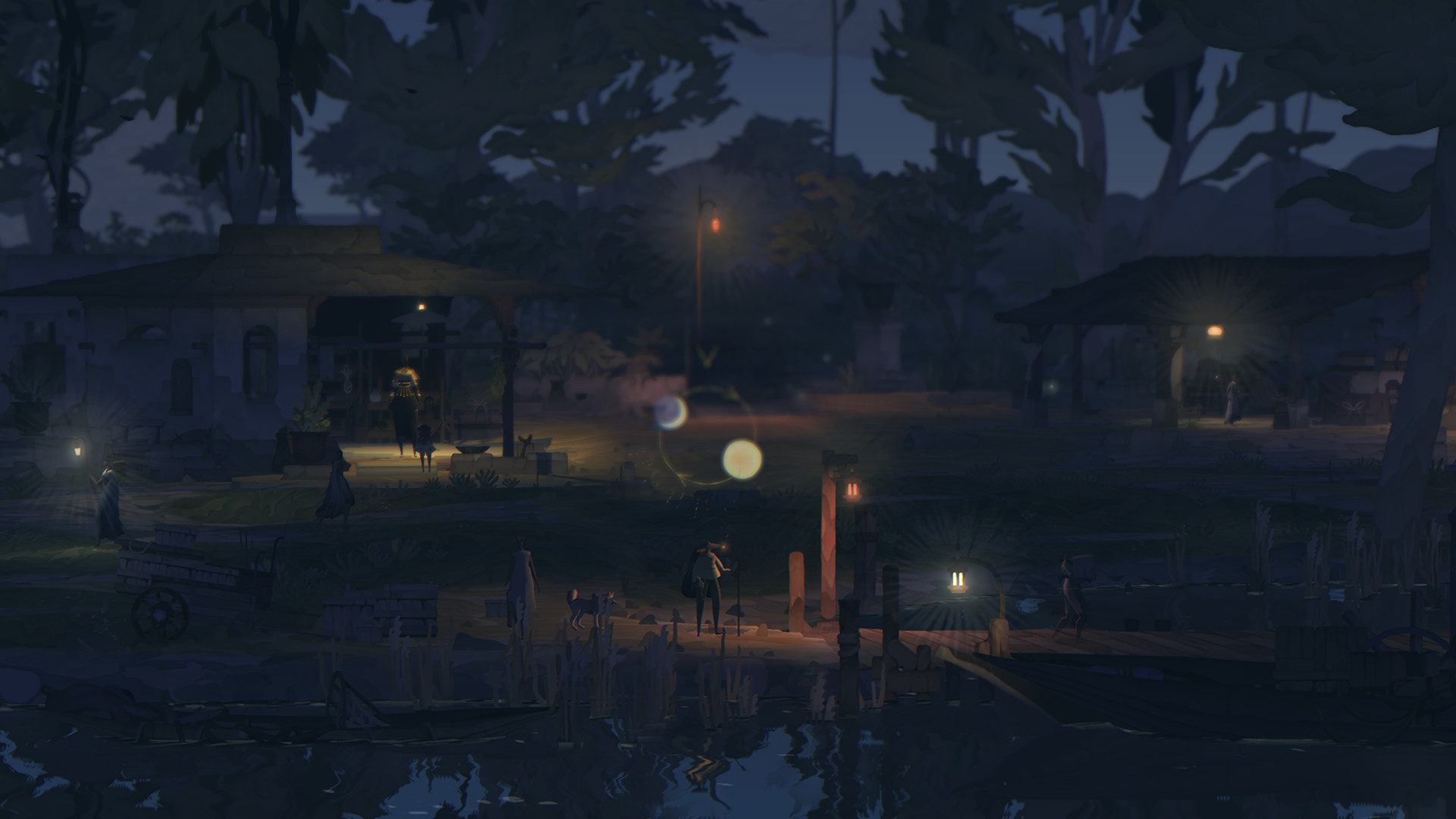 There's a bit more to learn about Book Of Travels' RPG systems over on its Steam blog, from how you learn skills by contextually encountering them, the magical abilities of tea-making and knot-tying, and the four magical winds that your character can have an affinity for.

Last we heard, Might And Delight are planning a Book Of Travels beta sometime this summer and are hoping to enter early access in October. You can find it over on Steam.

There were lots of other swell games featured in the Wholesome Direct yesterday too.