With yesterday's news that Sony will release Horizon: Zero Dawn on PC this summer came a hint that this might be only the first of their PlayStation exclusives coming our way. It sounds like they're moving slowly and cautiously yet do expect to bring more. While this has seemed increasingly likely in recent years, it's still surprising to me. What a great thing. Sony own a number of world-class development studios and I'd be thrilled to see more of their games on PC. But I'll not get over-excited just yet. Just in case.

We mentioned these hints yesterday but I wanted to dig into more of what was said and the context of all this. Hermen Hulst, Sony's new head of Worldwide Studios, revealed the PC release of Horizon on the official PlayStation Blogcast. This was his first interview since taking the position, so the future of PlayStation is a hot question and it's extra-notable that he revealed this PC release now. And do bear in mind that he's talking to a PlayStation audience so one of his main concerns is assuring people that the money and sense of identity they've invested in PlayStation is not going in the bin - it's a situation where he'd never cheer for an end to exclusives.

"I would say that at the same time, we're going to be very experimentation, to new ideas. Just trying things out to see what works. I think that's very much also part of the DNA of Worldwide Studios."

Which leads to the experimental PC release of Horizon. Sony Interactive Entertainment's Worldwide Studios is a group including Guerrilla Games (makers of Horizon: Zero Dawn), Naughty Dog (Uncharted, The Last Of Us), Japan Studio (Shadow Of The Colossus), San Diego Studio (God Of War), Insomniac (Marvel's Spider-Man), Media Molecule (Dreams), and Sucker Punch (Infamous), among others. That's loads more great games they could experiment with. 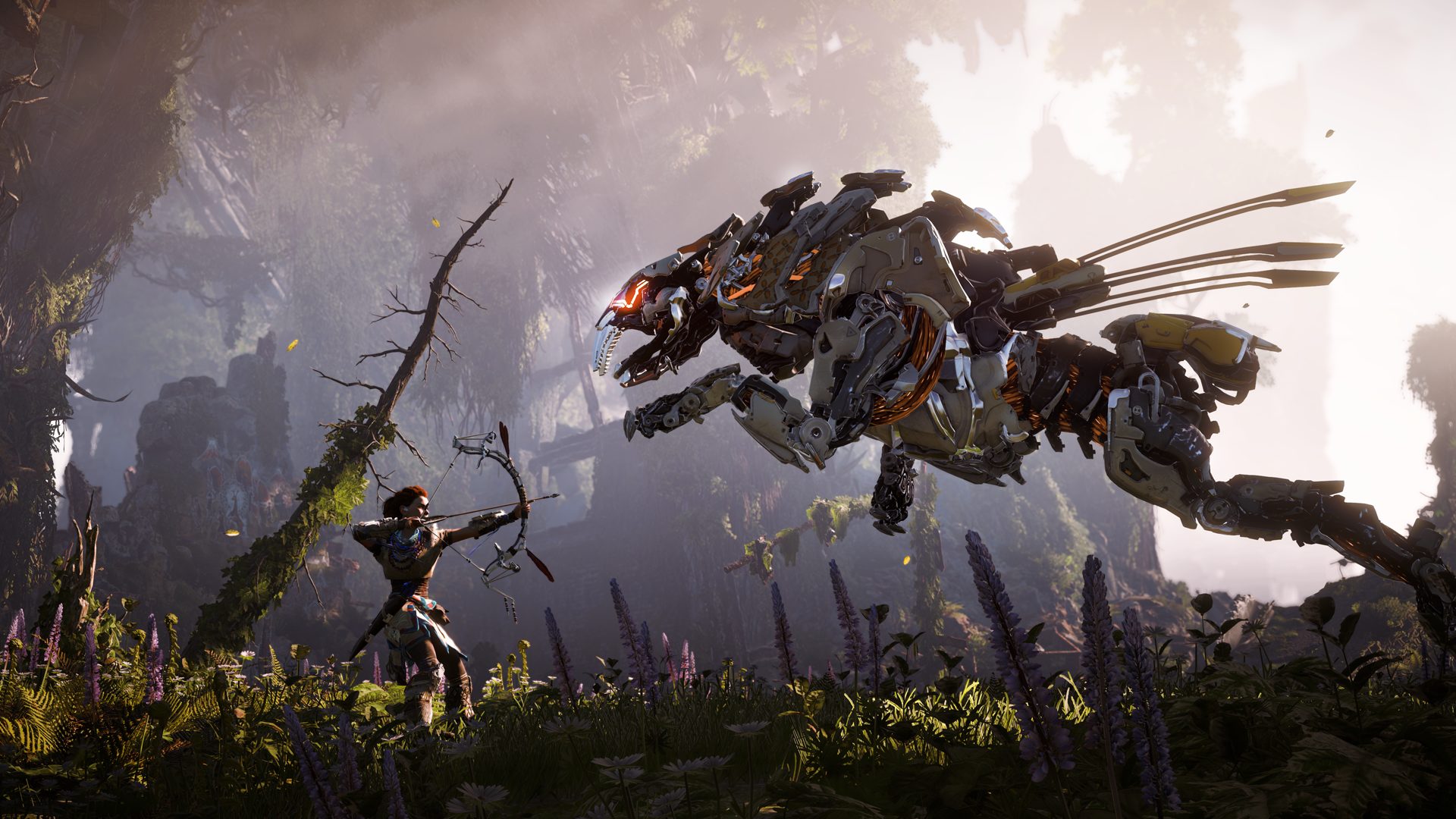 A shift from isolationist exclusives for consoles has seemed increasingly... maybe not likely, but a possibility. Across the console industry, once-clear distinctions are blurring. Almost everything is multiplatform, a few key exclusives aside, leaving consoles not much more than a different controller and menu system for playing the same games. More games are having cross-platform multiplayer too. Looking ahead, prophets including Ubisoft and Microsoft have foreseen 'the final console generation' just over the horizon, with a shift to either PC-like rolling upgrades (which is already happening) or to cloud gaming (which is not already happening, lol @ Google Stadia rofl). Microsoft recently started bringing their Xbox scloosies to PC and seem dead chuffed with their now-multiplatform Xbox brand. It would be weird if Sony didn't consider doing more with the studios they own. And here they are, bringing Horizon: Zero Down to PC.

To be clear: Hulst does not say Worldwide Studios intend to release all their exclusives on PC. He doesn't even commit to releasing a single game more. However, he does make more PC releases sound real likely. 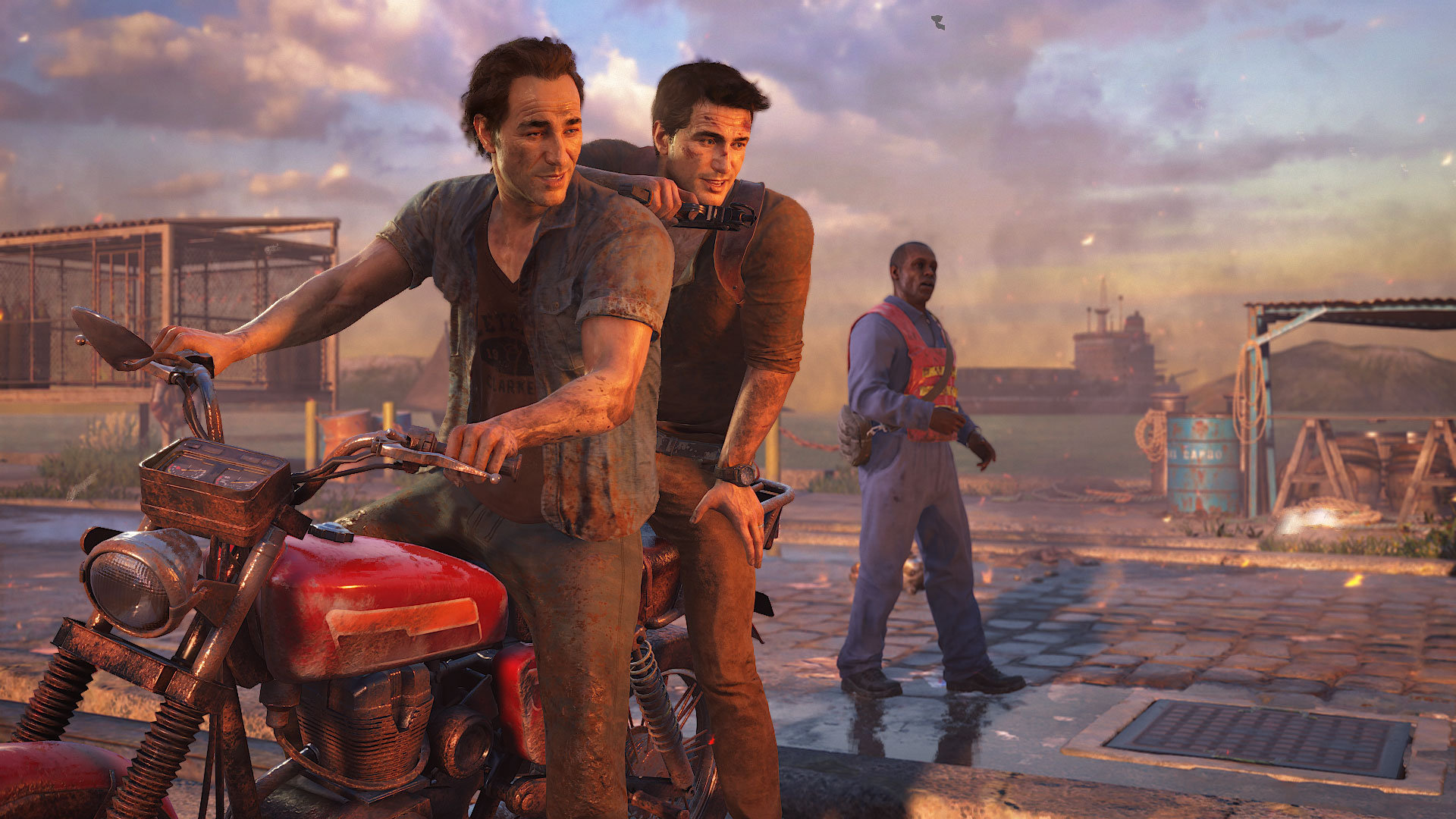 "I think it's important that we stay open to new ideas of how to introduce more people to PlayStation and show people maybe what they've been missing out on," he said after confirming Horizon's PC release. Then he flipped back to comforting PlayStationeers.

"And maybe to put a few minds at ease, releasing one first-party AAA title on PC doesn't necessarily mean that every game now will come to PC. In my mind, Horizon: Zero Dawn was just a great fit in this particular instance. We actually don't have plans for day-and-date and we remain 100% committed to dedicated hardware."

Seeing as Horizon hit PS4 in 2017, yeah, clearly that's not coming out on PC day-and-date with the console launch - so what is it that won't be? It sure sounds like he's thinking about some more games getting PC releases after their PlayStation debuts.