There are RAM deals aplenty this week at Newegg if your PC is due for an upgrade – including a number of sets that get the RPS Rig seal of approval. Katharine gave a couple of these a nod last week, but there are now a few new ones worth highlighting – especially if you like a bit of colour in your build.

Let’s start with what we already know. As Katharine pointed out earlier in the week, you can currently get a 32GB Corsair Vengeance LPX RAM kit clocked at 3200MHz for $110. You can also plump for another 32GB Vengeance LPX kit that's clocked at 3600MHz as well. While the extra 400MHz isn't likely to make a huge amount of difference to your PC's performance in the grand scheme of things, it's just $5 more than the 3200MHz set. For that sort of money, you might as well take the extra speed.

Corsair's Vengeance LPX RAM is a great choice for would-be upgraders, as they're not only some of the more affordable RAM kits out there, but they also come from one of the best RAM manufacturers around. Their plain black design keeps things simple, too, so you won’t need to worry about any bright lights firing out the side of your PC. 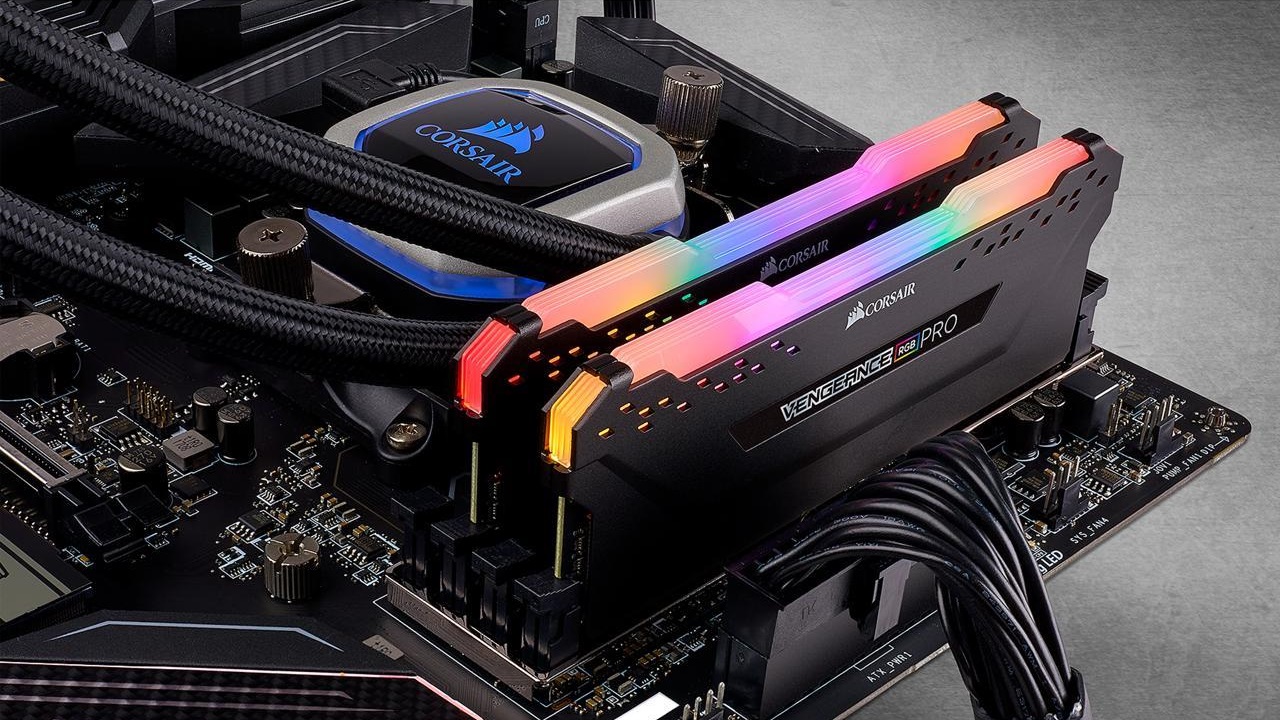 However, for something only slightly different, there are also two sets of Corsair's Vengeance RGB Pro RAM on sale this week as well. These ones come with flashy RGBs, so it will come down to personal preference whether you want that extra blast of colour for a few more bucks. There's also a cheaper 16GB kit there, too.

Katharine swears by 16GB as the most you’ll need for a modern day gaming PC. It’s the ideal figure to give you some breathing room if you’ll be gaming with a web browser, Spotify or Discord running in the background, for example. Meanwhile, 32GB of RAM is probably a little excessive for most and only needed for the most extreme sim games - unless, of course, you're in the middle of building a new mega rig to play Microsoft Flight Simulator 2020 next week, in which case you'll want to stick with that game's recommend 32GB of RAM.

The RAM offers will be available at Newegg until the end of the week, though the Vengeance LPX sets will only be live until Friday so you’ll have to act a bit quicker to nab those.

For loads more offers across gaming, tech and everything else, be sure to give us a follow over on Jelly Deals.