A major upcoming League of Legends [official site] update should provide newcomers and low-level players with more useful goodies during their first steps in the game. That's thanks to a new reward system, which scraps one form of in-game currency and instead hopes to provide players with unlocks appropriate to their level. That means levelling is also changing so the current level cap of 30 is vanishing to make way for the new approach.

Players have been waiting for the other shoe to drop regarding various progression and reward/loot system overhauls since the dev video which announced that runes (one of the customisation systems within the game) would be going free of charge and that the player honor system was being given a spring clean. It's nice to get a more comprehensive overview of how this is all going to work. OBSERVE:

To give you an overview:

Rune and Masteries are being combined into one system so that customisation for your preferred playstyles is less of a pain in the bum and also won't eat into your champion budget because you no longer need to decide whether to spend in-game currency you earn on champs OR runes as runes are free. That system is still in testing so it's not in a fixed, final form yet but it will be in the public beta environment (PBE) later in September.

Changes to the way runes work precipitated/necessitated changes to related systems, particularly how IP - an in-game currency you earn by playing games - and account levelling works.

At the moment there's a level 30 cap on accounts (getting to level 30 opens up ranked play and means you have all of your rune slots available in the current rune system - you don't need to know what any of this means, just that level 30 is the point at which the game is considered fully "open" to you, aside from permanently unlocking champions and so on).

After the level cap you keep earning stuff by playing games, it's just not level experience, it's IP which is the earned in-game currency you can spend on runes and champs. That accrues slowly and sometimes you'd be trying to decide between a champ or a rune as a thing to invest in. There was also a point at which long-term players kinda slide into Scrooge McDuck gold vault levels of banked IP because they have all the things they want to spend IP on but keep accumulating it, while new players are scrubbing around for every little chunk of IP change so they can stop depending on the free rotation of characters for what they play.

There's also another in-game currency I should mention at this point called blue essence. That's the blue crystals you get from chests related to the Hextech Crafting system. I'm trying to keep this article as comprehensible as possible so what you need to know about Hextech at this point is just that it's another system within the game and that the blue essence is part of how you transform particular item drops into permanent champion ownership. It's a currency specifically tied to champion mastery and unlocks which is why it's relevant here. 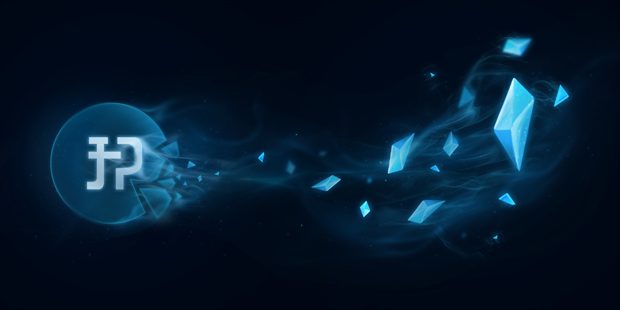 Riot want to switch to a system where there's no level cap and no IP. The idea is that you'll continue to earn experience and thus go up levels. When you reach a new level you get an unlocked chest which contains different content based on your level and thus (in theory) your game needs. So 1-30 you get more champions and blue essence. The idea here is that new players want more champions and more help buying stuff.

For high level players the focus shifts away from champs because you'll already have a well-stocked roster and moves towards exclusive rewards like emotes, so it's more about showing off status or getting shiny digital gifts you might at least use.

You can no longer buy stuff with IP because IP is being ditched, but blue essence is staying. Blue essence can be spent on the same stuff you could spend it on before as well as anything that used to cost IP. If you have IP it'll just get converted to blue essence so you won't lose anything and the costs of the items you can buy using the merged currency will be the same as before.

"By combining IP and blue essence into one currency, we’re connecting a bunch of disparate systems (leveling, rewards, and loot) together. Before, if you got a shard for a champ you didn’t want and disenchanted it, there wasn’t much you could do with your blue essence. Now, though, you can just take it to the store and get whatever champ you want. Merging IP with BE directly connects the store with the loot system in a way that gives you more choice about how to use your rewards."

To get a bit more granular (SORRY, I KNOW I KNOW), one source of blue essence at the moment is breaking down other stuff from the Hextech chests but because of its new function and the rebalancing that entails you get less blue essence from doing that. Riot are saying you'll end up able to unlock champs at pretty much the same rate as before, or at a higher rate if you're new, though, because of how all the changes they're making work out overall. There's also some other rebalancing to do with loot chests and essence but you can watch the vid for that.

What else? Hmm, it sounds like the crafting loot chests are also getting some mathematical rejigging. Riot are calling it "bad luck protection" which just means not going for ages without getting something nice. Other games have those kinds of systems too - there was a really interesting talk on some of the ways to make those loot drops work at GDC this year, like starting with a basic low level probability of a loot drop and then implementing a system to ratchet the probability up the longer you go without a drop until you're guaranteed something and then the system resets to the lowest level.

Most of the rest of the video is devoted to how refunds will work if you've invested in the stuff that's being ditched and news of a kind of digital pop-up shop where people who find themselves awash with blue essence can pick up a bunch of cosmetics with the surplus currency. I didn't see anything to say players start on the new system any higher than level 30 so unless I've missed something I'm assuming it's a case of dealing with whatever mountain of blue essence winds up on your doorstep and using cosmetics from the pop-up shot to signify your higher level.*

This info drop is more of an early warning than a "THIS IS HAPPENING IMMEDIATELY" thing as sit's only going into effect int he main client during the pre-season which is the off-period between Worlds and the professional leagues starting up again in 2018. Fuller info is over on the blog post, plus there is usually a microsite stuffed with update info when the pre-season goes live.

*Obviously this will cause an outcry. I remember when the BBC decided to remove the post counts next to people's names on the sci-fi message boards. There was FURY from the people with quintuple digit counts even though it didn't mean they were actually good contributors. Eventually I think the BBC reverted to showing post counts. The very idea of not being differentiated from a newly birthed level 30 account - HORROR OF HORRORS!