The original Little Nightmares is one of my favourite horror games ever. I admire a horror game that doesn't rely on the first-person perspective. Little Nightmares is scary in the same way it was scary to hide in your parents' wardrobe because you were planning to jump out at them, but then you sort of fell over your dad's shoes and you weren't sure what it was you were sitting on and oh dear.

I was therefore thrilled when Bamco announced a sequel to this most stylish of puzzle-platformers, due out early next year. And, having played half an hour of Little Nightmares 2, may I just say: nope. Hard nope. Stop that this instant. This is too scary.

I didn't play the first half an hour of Little Nightmares 2. It was a section apparently from later on in the game, when new protagonist and possible Shia LaBeouf fan Mono has teamed up with Six (from the first game) to get her iconic yellow mac back.

LN2 has all the things I liked from the first game: Lilliputian-like creeping under giant tables and shelves, jumps that feel perilous because of how small you are, and the excellent sound design of your little slapping feet and unseen things knocking over clutter in the dark. The puzzles are still in the vein of finding the right switches to put in the right places, and while Six helps vault you into certain rooms, I did spend most of my time running about as Mono by myself. 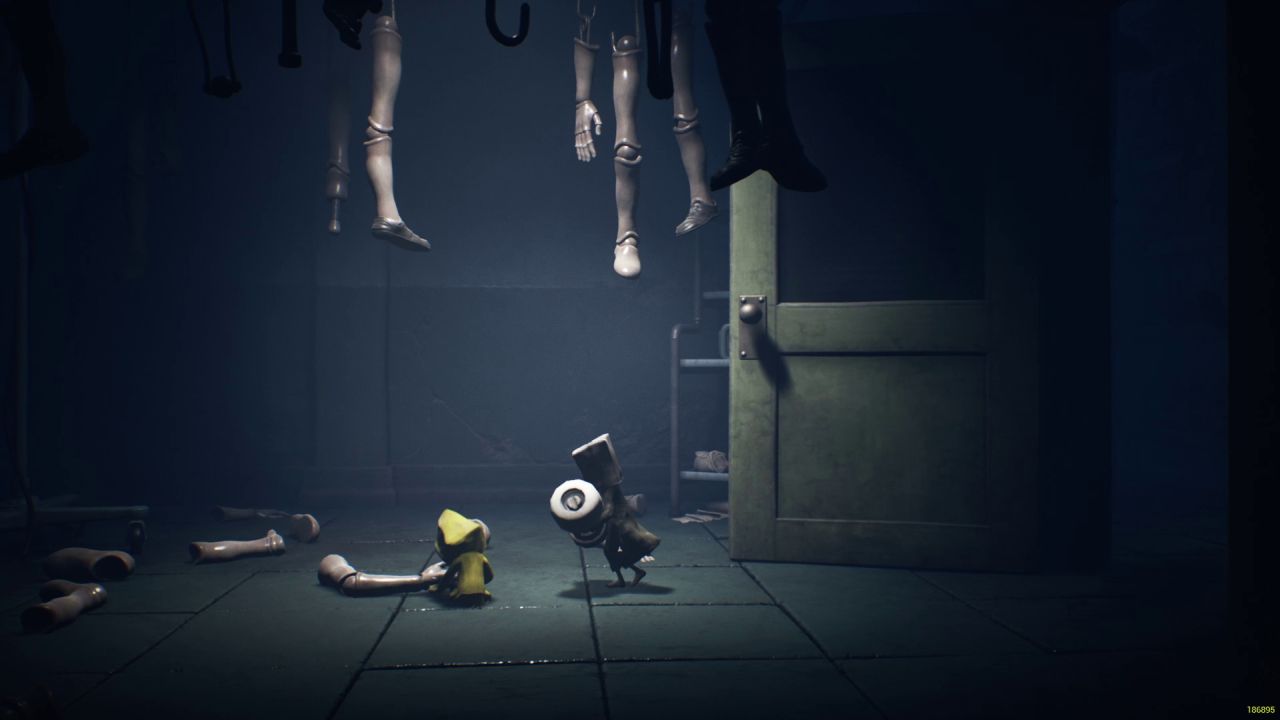 Well. Almost. Sort of. I wish that were true. Having escaped from the grim taxidermist hunter shown in the Gamescom video of August, Mono and Six find themselves in some sort of shop dummy factory of the damned. Torsos like stuffed flour sacks were slumped around, affixed with ball-and-socket limbs that, strangely, reminded me of the arms on the sentient cooker that lives on the moon in Wallace & Gromit's Grand Day Out. If the theme of the first Little Nightmares was hunger, this time it seems to be about giving life to terrible inanimate objects.

I encountered a hand. It chased me and leapt on my face to suffocate me if I wasn't quick enough - or at least until I found a heavy, adult human-sized hammer that I had to heave with my entire body. I hit it enough times until it stayed still. Augh.

I thought it couldn't get much worse than the hand, but soon afterwards I realised how wrong I was. An imbecile. A fool. The scuttling crab fingers were nothing. 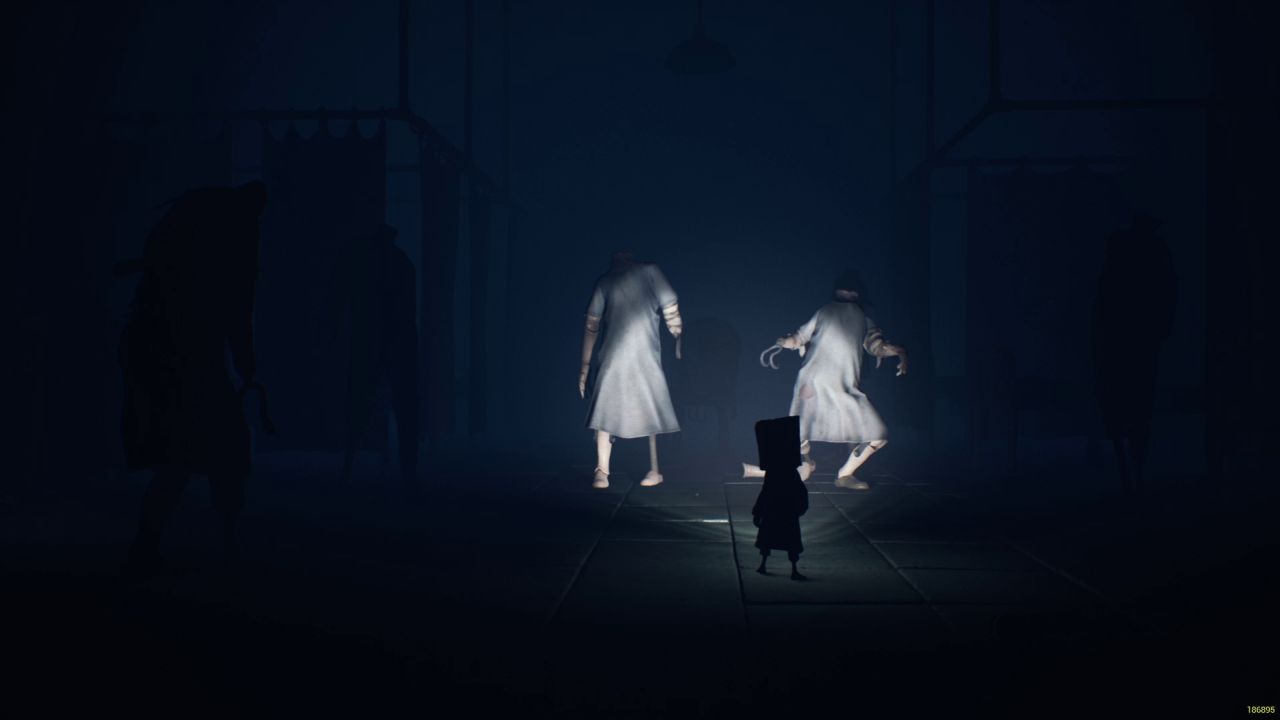 I walked into a room and there was a mannequin standing in the opposite doorway I had to pass through. It was blocking my path. There was also a prominently placed lever on the wall, so I pulled it down and the light started flickering. Then, when it was dark, I heard the mannequin move a bit. Oh no. Oh dear.

Luckily (or perhaps unluckily, depending on your point of view), Mono has a torch, and I managed to get it on just as the bastard thing started running at me. It froze in the beam exactly like a rabbit in the headlines, where the rabbit was three times the size of the car and has raised its paws to seize and crush the car if the idiot driver turns the headlights off again.

It's that age old thing, isn't it: if you're looking at it, it can't hurt you - like the Weeping Angels from Doctor Who. But you don't want to look at it either. And the thing is, I am already deeply unsettled by normal shop mannequins because of how uncanny they are. They are all people, but a bit wrong. Dummies utilised in horror always shit me right up. It's almost as if Tarsier Studios made a demo to really upset me, specifically. 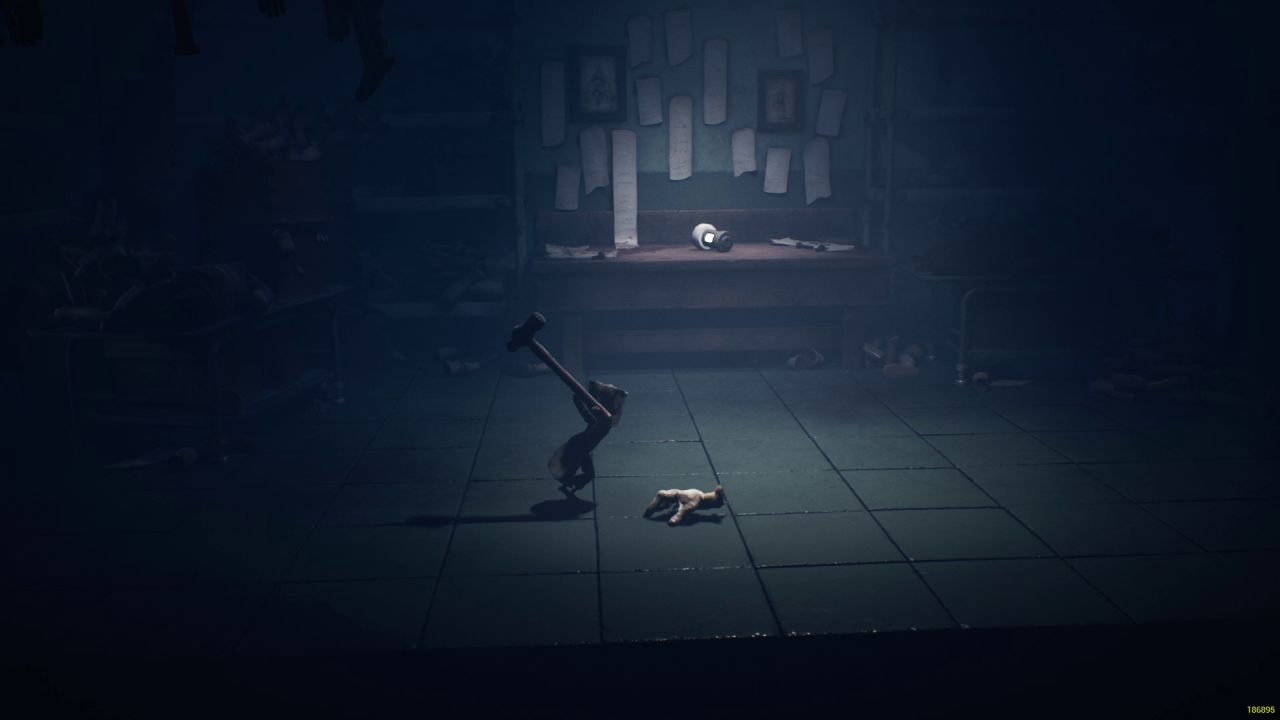 It works super well because you can't quite make out the movement animation. You only see them when your torch is on them, so all you get is this shape, a suggestion of cycling joints, and the sound of something clicking and creaking. It is known and ordinary (a dummy, an inanimate thing that cannot hurt you) and unknown and frightening (some kind of haunted puppet shop dummy fuckhead that will suffocate me) at the same time.

I had to get through rooms full of dummies. One crackled to life, so I swung the torch around to it, only for another to run at me from the left. I only had one torch! It took me a long time to finish this demo.

It does seem like Little Nightmares 2 will feel more physical. I had to jump around a lot to avoid the hand as it leapt at me, and the Gamescom video showed Six and Mono avoiding shotgun blasts, and that's all very in-keeping with the asymmetrical power balance in the first Little Nightmares. I am but a tiny child in a world of huge, horrible grown-ups. But while hammering a hand to death felt appropriately desperate in the moment, I hope I'm not given too many weapons, or opportunities to fight back that don't involve luck, traps and timing. That wouldn't be as scary, would it? 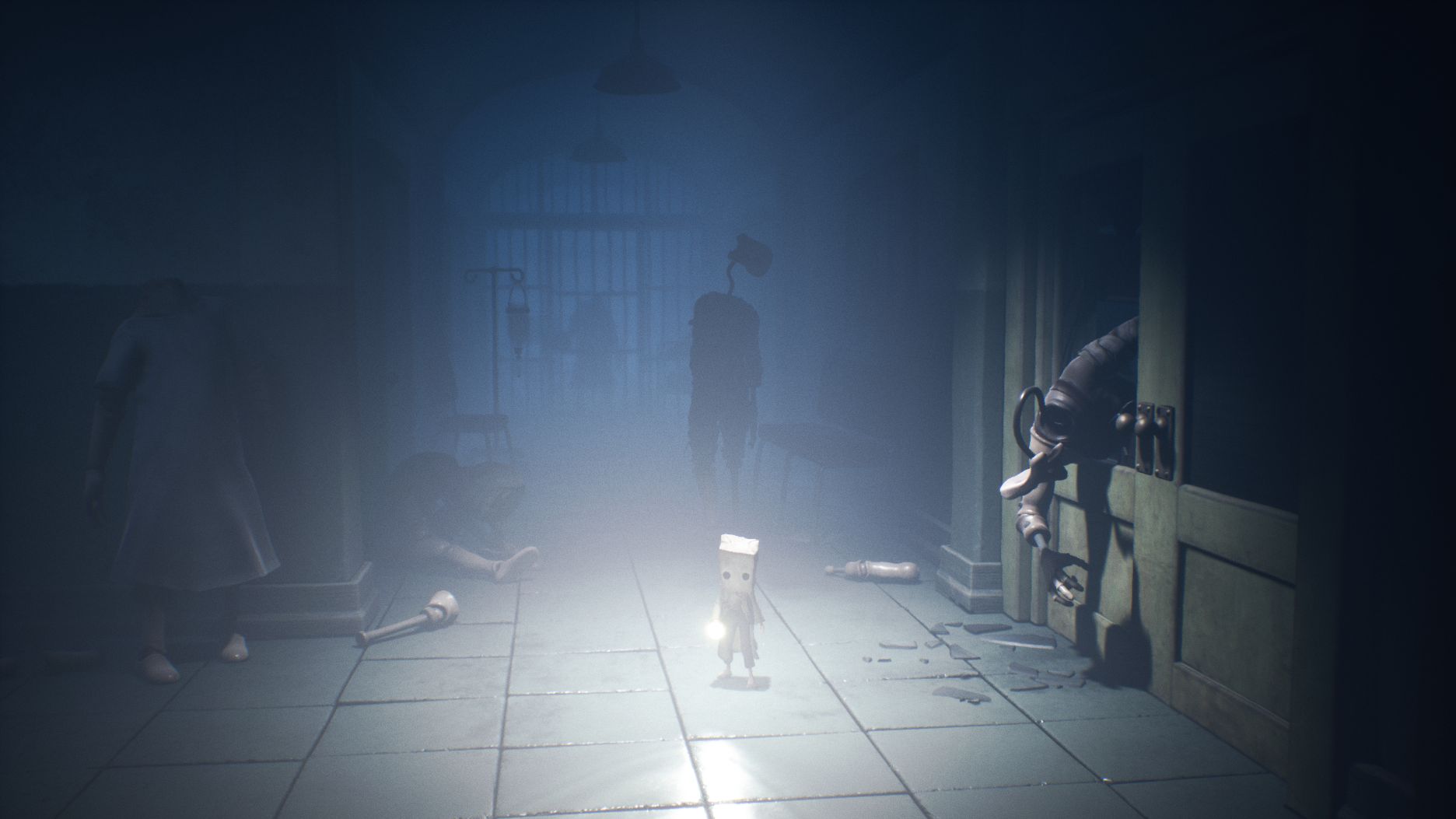 I also think it's important to note that I don't have the full context for the area I was in. My read was that the mannequins were mannequins being experimented on to make them sentient, because half of the area felt like a workshop, but the other half felt much more medical. The figures were dressed in patient gowns, there were divider screens, and an old-timey drip with big rubber tubing. I'm comfortable with 'animate dummies are creepy' but 'wow, amputees are scary' is less cool, is what I'm saying.

We'll have to see how it slots into the full game - Little Nightmares saw you going through a whole production line of horrors from child abduction to sausage machine to kitchen. Perhaps the route here is taxidermist to Dr. Frankenstein. Just make sure your torch has fresh batteries.