If you too are trying to do home workouts with bottles of water and bags of sugar for weights, this might get you pumped up: a mixtape from Destiny 2 combining throbbing beats with the motivational words of Lord Shaxx. The Shaxxercize tape is a wee Easter egg in one quest from the new season, hidden on a shelf in the office of Commander Zavala, and now Bungie have put it on YouTube for everyone to enjoy. Shaxx is the hornhatted fella who commentates PvP matches with Shakespearean boisterousness, our fightdad who's always proud of us but knows we can push just a little harder. And now he wants you to feel the burn.

In the Season Of The Worthy's quest to get The Fourth Horseman, a daft quad-barrelled shotgun, we're briefly sent through Zavala's office to a storage locker. But if you pause to explore his private space, you might find some the Shaxx mixtape up on a shelf under some dumbbells. You can play it in there, and now you can play it wherever:

Shaxx is voiced by English actor Lennie James, who WHAT EXCUSE ME IMDB was also Sol in Snatch and Morgan Jones in The Walking Dead? I would never have connected those characters to Shaxx. What range! Point is, Shaxx has a great vibe of excitement and caring. He's thrilled when you kill a man, he even hand-draws a new medal for you if you kill more men than he ever anticipated, and I bet he'd be chuffed if you lifted a big weight. Destiny is very good at characters you wish to make proud, with Shaxx the no-nonsense spacedad, Drifter the shady uncle who lets you have a sip of his beer, and Saint-14 the cousin who idolises you as much as you idolise him.

Lennie James is not the only Shaxx, mind. Bungie have also put up the mixtapes from other localisations so all can enjoy Shaxx's encouragement in his Japanese, Spanish, Mexican, French, Korean, German, Polish, Russian, Italian, and Brazilian incarnations.

Bungie also told the surprisingly complex story behind the mixtape's creation. Even an eight-minute track built largely from existing music and dialogue takes a whole lot of work to get in the game.

"While hanging out one night during a Destiny 2 Crucible session, one of [technical dialogue designer Kareem Shuman]'s friends commented on how supportive and enthusiastic Shaxx is. She wished she had someone like Shaxx yelling at her when she was trying to stay motivated at the gym," Bungie said.

"They laughed about it for a few minutes, but when Kareem came into work the next day, he couldn’t stop the idea from knocking around in his head. He wondered if he could turn the joke into something real in the game." 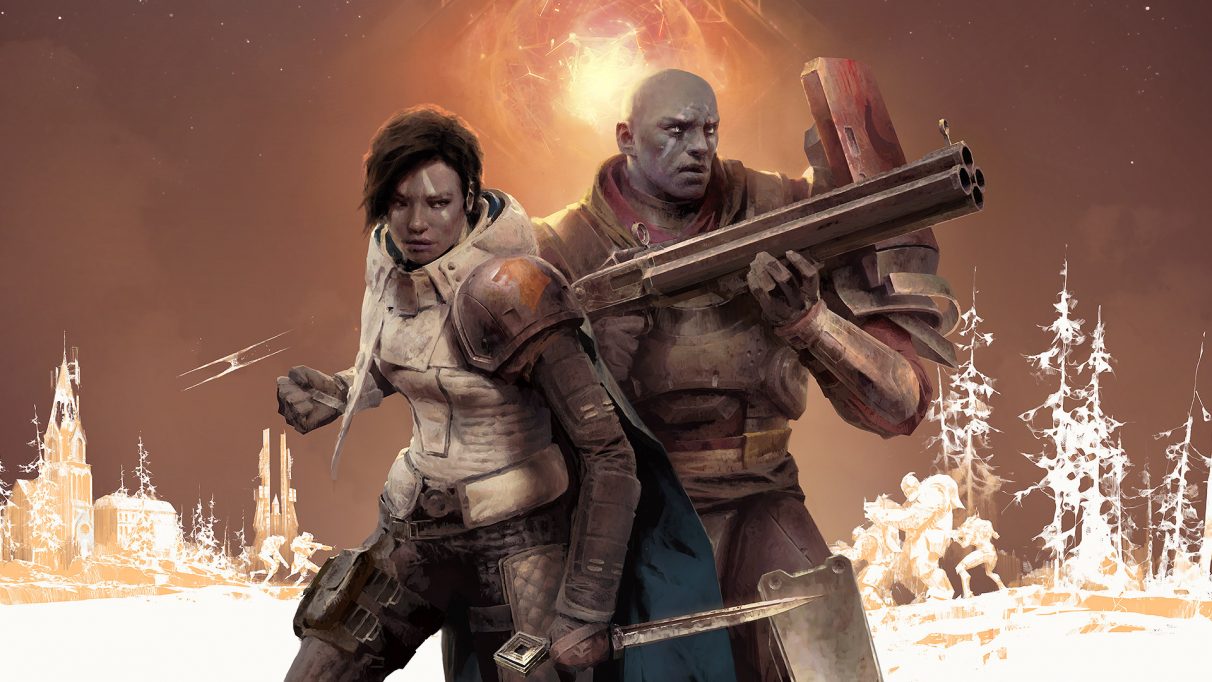 We're now three weeks into Season Of The Worthy and it's, eh, a bit beh so far. The novelty of Seraph Towers and Legendary Lost Sectors wore off quickly. Trials Of Osiris is a huge mess with a janky reward system that leads to the best players going up against the worst so they can farm weapons. As much as I like Rasputin and Ana Brey, the story so far has little weight considering we're meant to be stopping a miles-long spaceship crashing into Earth to blow up the whole planet. Hints dug out from data files do indicate it's going to get lively later in the season, though I'll not talk about that yet. But Worthy has some nice bits and is still more Destiny and sure, I like Destiny. It's just not a season that has me always keen to log in.

I also think Bungie missed a trick by hiding the season's Warmind Cells where many won't see them. With certain new weapons and armour mods, kills can generate special orbs that can deal huge damage to nearby enemies, suppress enemies, heal your pals, charge your abilities, and more. But you need to progress quite deep into the season pass or boring Rasputin bunker upgrades to get to the goods, and some of the weapons that can generate Cells are a bit blah so I don't want to use them, and many players seem barely aware that seasonal armour mods exist. Warmind Cells are fun and powerful but they're certainly not obvious.

I'm still here and I will continue to be here, but it's a bit grim knowing we have a whole extra season-and-a-half to go before we see substantial changes in response to Bungie's realisation that the current season model is a bit bum.

Our Alice Bee flagged Destiny 2 as a good game to play while self-isolating and social distancing because you can play a whole lot for free with your pals and yeah, I'd second that. It's free-to-play over on Steam, with the base game and its first two expansions (plus some extra bits) available to everyone.