Stop me if you’ve heard this one before: a ragtag group of orphans wake up one day and decide to slay some monsters, as all small-town gangs are wont to do. This is the opening of Lost Sphear. After bonking some bunny-mutants to death in a nearby field, they discover that their idyllic hometown has blinked out of existence, replaced by a gaping white void. But, soon enough, one of our heroes has a dream that reveals that he and he alone possesses mysterious power that can restore these “lost” objects through the power of memories. Together, the gang embark on a quest to save the world from ruin.

Change out a few of the nouns in the above description and you could be describing any number of classic Japanese role-players from the genre’s commercial heyday. including Secret of Mana and a good chunk of the Final Fantasies. By itself, this isn’t necessarily an issue. After all, Lost Sphear's developer Tokyo RPG Factory - itself an imprint of Square Enix, arguably the progenitors of the form - was created specifically to create exactly this sort of self-styled “old school” JRPG. And while Lost Sphear does manage to faithfully capture the blocky guts of the battle systems that captivated the SNES generation, it sticks so close to Square’s decades-old script that it comes off a bit soulless. 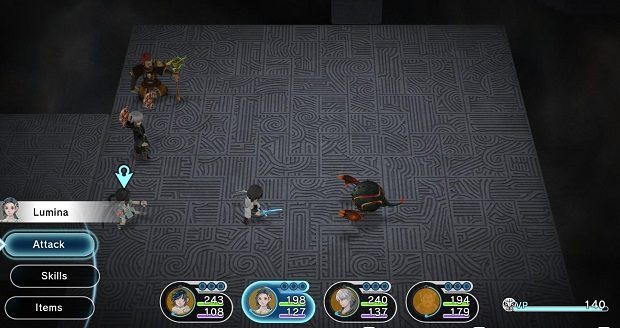 It's the studio's sophomore effort, following 2016’s I Am Setsuna, a tale of family and sorrow set on a snowy island. While I would hesitate to call Setsuna truly innovative in any capacity, the namesake character herself was a breath of fresh, wintery air - she begins the tale as a maiden sacrifice for the scores of monsters that haunt her homeland, but eventually becomes a proud warrior who searches for the cause of the scourge rather than submitting to it.

Sadly, Lost Sphear doesn't have a single character as memorable as Setsuna. The cast fail to make an impression beyond the two-word “adjective noun” archetypes they’re drawn from. Rather than forging new connections between its characters or giving them interesting twists on their type, Sphear seems content to remind you of the heroes of the hits that inspired it, from the spunky not-Tifa Lumina to annoying but lovable brat Locke. A few hours into the game, Locke takes a plot-device laser meant for bland hero Kanata. Even as the plaintive tinkling of the piano-heavy score started to stir, I could only run through of the broad list of JRPGs that had pulled the same trick in my head, usually to greater emotional effect. 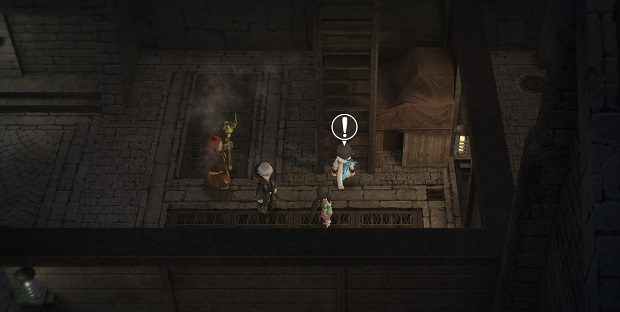 Still, it would be easy enough to forgive Sphear for its eager adherence to dated genre tropes if its story managed to offer something more than the typical “noble hero saves the planet with his mysterious power” routine so familiar from games as old as Dragon Quest and Breath of Fire. Again, it falls short of the mark. Even as someone who has enjoyed the occasional ultra-generic JRPG in the past, I found the plot twists in Lost Sphear so ponderous and telegraphed that the only astonished me with their predictability.

Soon after Kanata restores his hometown, he and his party are summarily recruited by the vast Empire that rules their continent to figure out the source of the white fog that threatens to swallow up the world. After encountering no less than two corrupt and unlikeable generals, Kanata and co. are quickly conscripted into imprisoning a “tribe” of supposedly-evil beast-tamers that might have something to do with the fog rolling in. While the moral hazards involved with evoking this kind of mass ethnic round-up might make for a memorable sequence in a more careful game, in Lost Sphear, it comes off as a crass afterthought, just another way to move the plot forward. (“I just wonder: are we on the right side?” deadpans Kanata, right as the metal monster full of people takes off towards the sprawling steamwork capital of the Empire.) 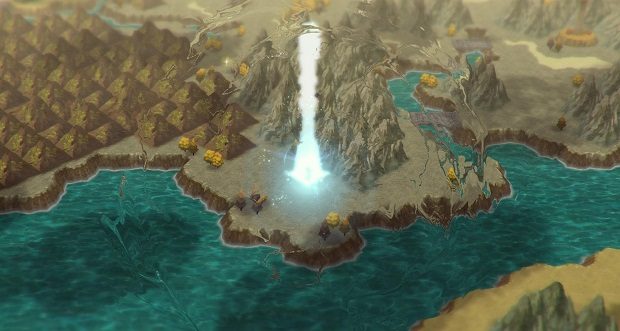 As I neared the journey’s end, I felt a stronger and stronger temptation to fast-forward past the familiar textboxes whenever a cutscene would start up. However, the same can’t be said about the game’s combat, which I found engaging throughout. Inspired by the ATB-system introduced by FF and arguably perfected by Chrono Trigger - which, if Setsuna is any indication, serves as an overall design lodestone for RPG Factory - the battle mechanics of Lost Sphear offer a surprising amount of tactical depth, which only increases as you roll through the 25-hour story. Hulking opponents and frequent area-of-effect blasts make deft character positioning an absolute necessity, and the Materia-inspired Spritnite system allows you to equip and de-equip magic and skills just as easily as swapping out your shortsword for the Masamune. The high degree of character customization struck me as a welcome source of player expression, especially after crawling through corridors for hours in search of the next shiny MacGuffin.

Lost Sphear follows in Chrono Trigger’s lead in eliminating random encounters, one of the genre’s most notorious bugbears, replacing them with monsters that roam the field. For the most part, I found the dungeons in Sphear to be a relaxing jaunt on the default difficulty setting, almost entirely devoid of challenge. However, the bosses lurking just in front of the treasure rooms were a totally different story. Time after time, I found myself on the receiving end of total-party-wipes at the hands of these monsters, usually in only a few turns. Though I struggled with at least a half-dozen bosses over the course of the game, I never felt the need to grind out some levels to strengthen my party - rather, I found that upgrading my equipment or rebalancing my Spritnite spread to better exploit enemy weaknesses would end up turning the tide. In particular, mastering the intricacies of Momentum Mode - a separate meter that you spend for an extra attack or spell on your turn, such as a much-needed heal for swordsman Kanata - is what finally allowed me to avoid seeing that Game Over screen every few hours. 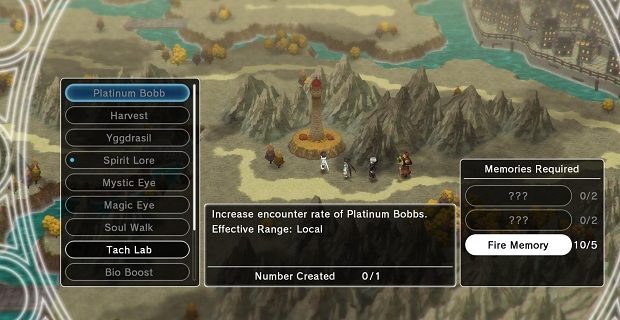 After I finally gathered all the Magical Whatsits and the litany of expected twists finally petered out in front of me, I look back on my time with Lost Sphear with a slurry of mixed emotions. Though I found a measure of joy in the satisfying crunch of the combat, ultimately, I view JRPGs as one of the only genres of video game capable of delivering a meaningful narrative that reaches beyond the Tolkien-inspired sword-and-sorcery milieu that their Western counterparts continue to trade in. By that measure, Lost Sphear fails to live up to its monolithic inspirations. However, for players looking to bask in the warm glow of nostalgia, or those who delight in the tactical intricacies of ATB systems, there might be enough here to warrant a look, provided you don’t expect the pedigree of your favorite 16-bit classic. More than anything, Lost Sphear serves as a reminder that there’s a lot more to capturing the spirit of your idols than just miming them in your bathroom mirror, and I hope that Tokyo RPG Factory learns that lesson before they release yet another love letter to the exact same game.