If you click on a link and make a purchase we may receive a small commission. Read our editorial policy.
Every other Monday, Dominic gives you a reason to dust off one of your old games and dive into its mods with Modder Superior.
Watch on YouTube

While I can't claim to have sunk hundreds of hours into it like Alec, I've still lost entire evenings to Slay The Spire's deck-building. If you're one of those people who regularly finishes it, it might be time to change things up a little. The game already has an active modding scene, and while it's just a small collection, here's a bundle of minor mods to lightly spice up the game, some all-new characters to play as, and a pair of fan-made expansions to fill out your decks.

Modding A House Of Cards 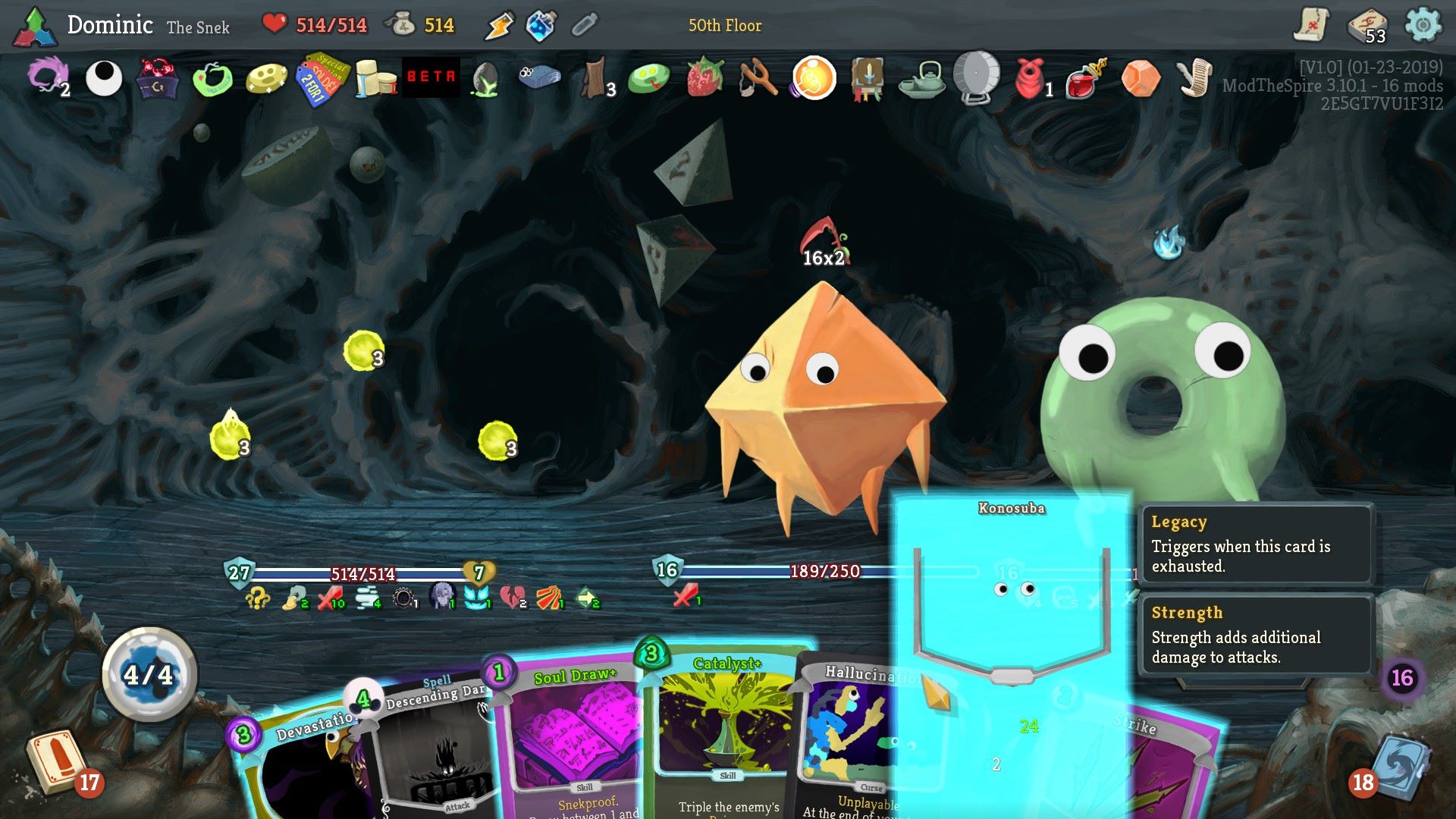 Modding Slay The Spire is a doddle if you have the Steam version, and a pain in the arse if you don't. I'll be focusing on Steam for ease of use, but for GOG's you'll need to dig into this list of mod downloads on Github, which includes instructions on manual installation. If the mod you want isn't there, check the Workshop page for alternative download sources, but I'm afraid there's no Mod DB or Nexus pages to fall back on here.

Condolences to the GOG crowd out of the way, if you've got the game on Steam, the only halfway fiddly part of the modding process is getting a few pre-requisite files installed. Slay The Spire mods require official or fan-made resource libraries as pegs to hang their additional hats from. The common ones that you should get now to save time later are:

Fun features for the modern Spire

Treehouse architect Alec has already put some Slay The Spire mods in the spotlight, so we'll be skipping the character mods he featured, googly eyes (which are compatible with many of my picks) and The Jungle, but those are still recommended. For now, let's start small with some minor tweaks to liven up your next run. 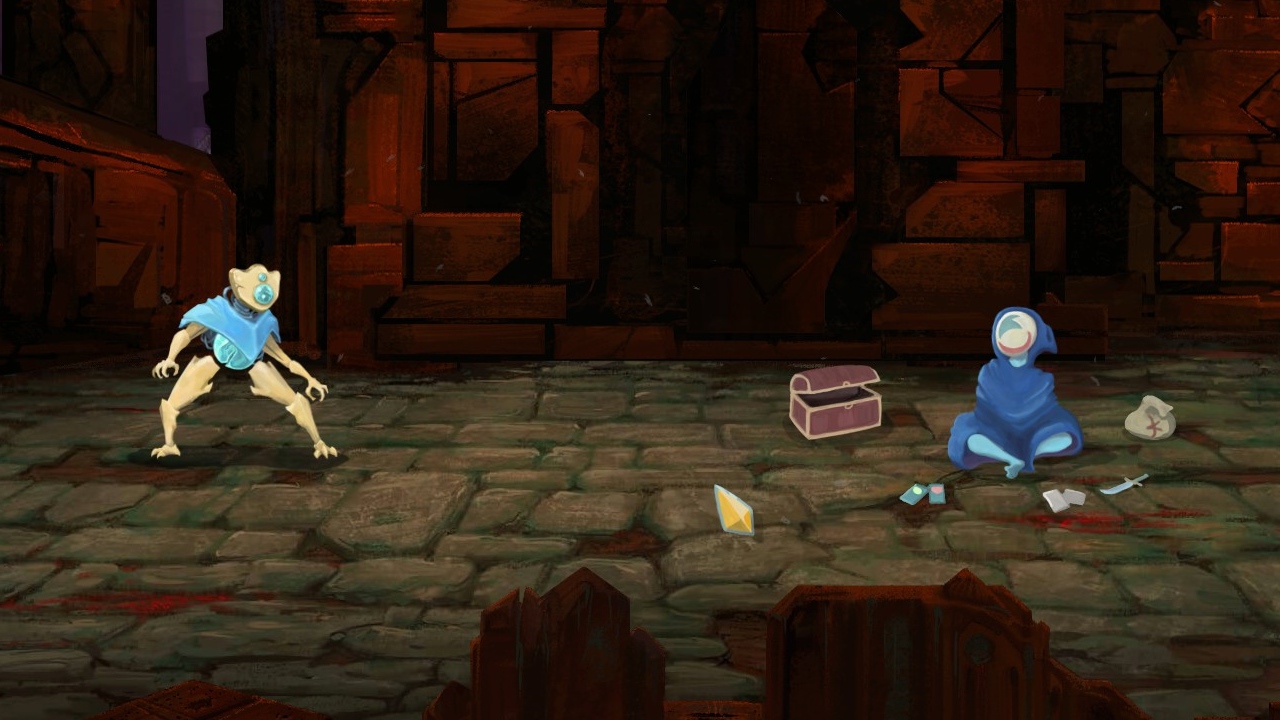 This adds the option to sell unwanted relics and potions back to the merchant, in the best possible way. Remember that 'Not For Sale' tag on the merchant's rug? Now it's up for grabs. You've got to spend money to make money. Better yet, once you buy the rug, the merchant will appear just sitting on the cold dungeon floor. You monster. I've had a few runs where this mod would have really come in handy, as I ended up with a truly bizarre collection of often-useless items. 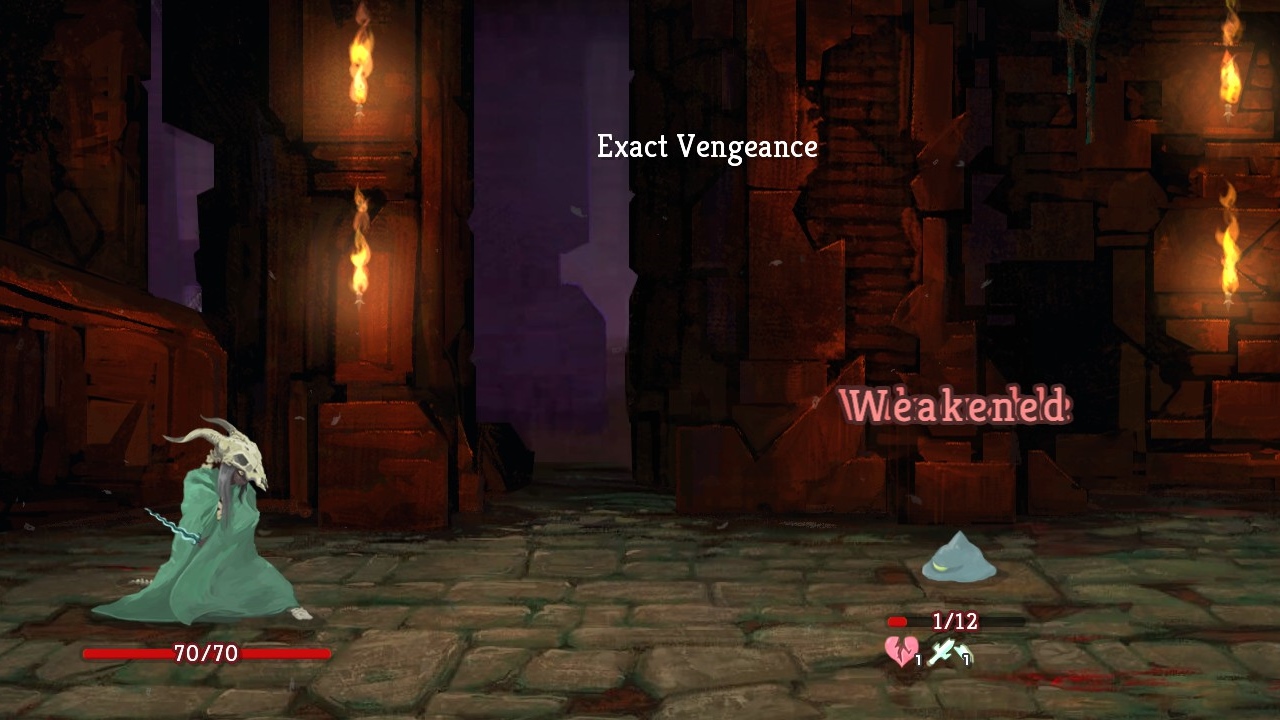 Not the most visually exciting mod, but a fun new set of twists to flesh out Slay The Spire's basic combat, based around precise number-matching. There's a small bonus for killing enemies precisely, and if you block exactly the enemy's attack power, they get the Exact Vengeance debuff -- though this works both ways. That wouldn't be too rough if it weren't for one last twist: if your attack matches the enemy's power, they parry it. Fortunately, if you find that last one a bit much, you can disable rules individually - look in Mods/Settings/Exacting in-game.

Challenge The Spire by aldriedger 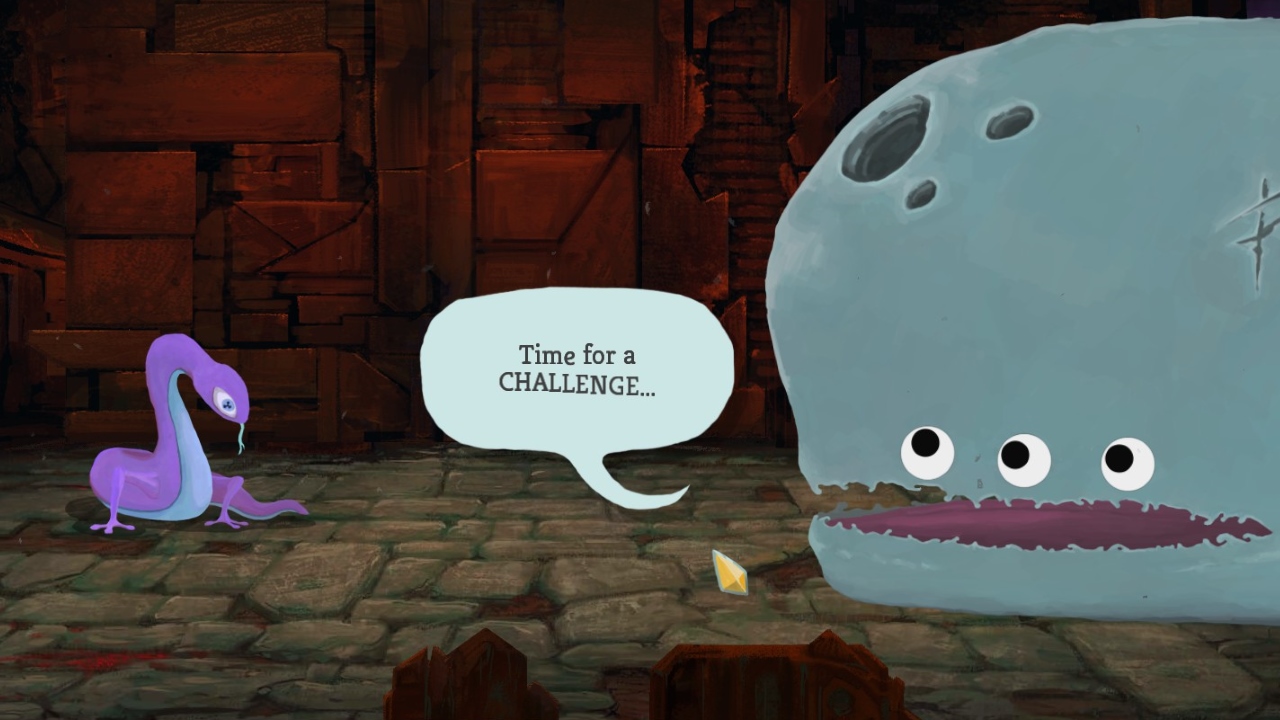 This one mods in a handful of optional challenge modes with multiple difficulty levels to the main menu. Elite Rush and Boss Rush give you a stack of resources and several shops for a round of quick deck-building, before throwing you into the grinder. Every fight won rewards a stack of relics and a huge list of card picks. Sneaky Strike, meanwhile, is an STS in-joke based on bad Twitch chat advice, bombarding the player with the frequently-useless Sneaky Strike card, whether you want it or not. Best get good at discarding.

Adding character to your card table

The majority of mods for Slay The Spire add new characters to play, each with their own personal set of cards to collect, relics to find, some with unlock tracks, and few that really fit in. Here's a trio of the biggest and best, including one of the trailblazers, which set a high bar which few other characters have achieved since. 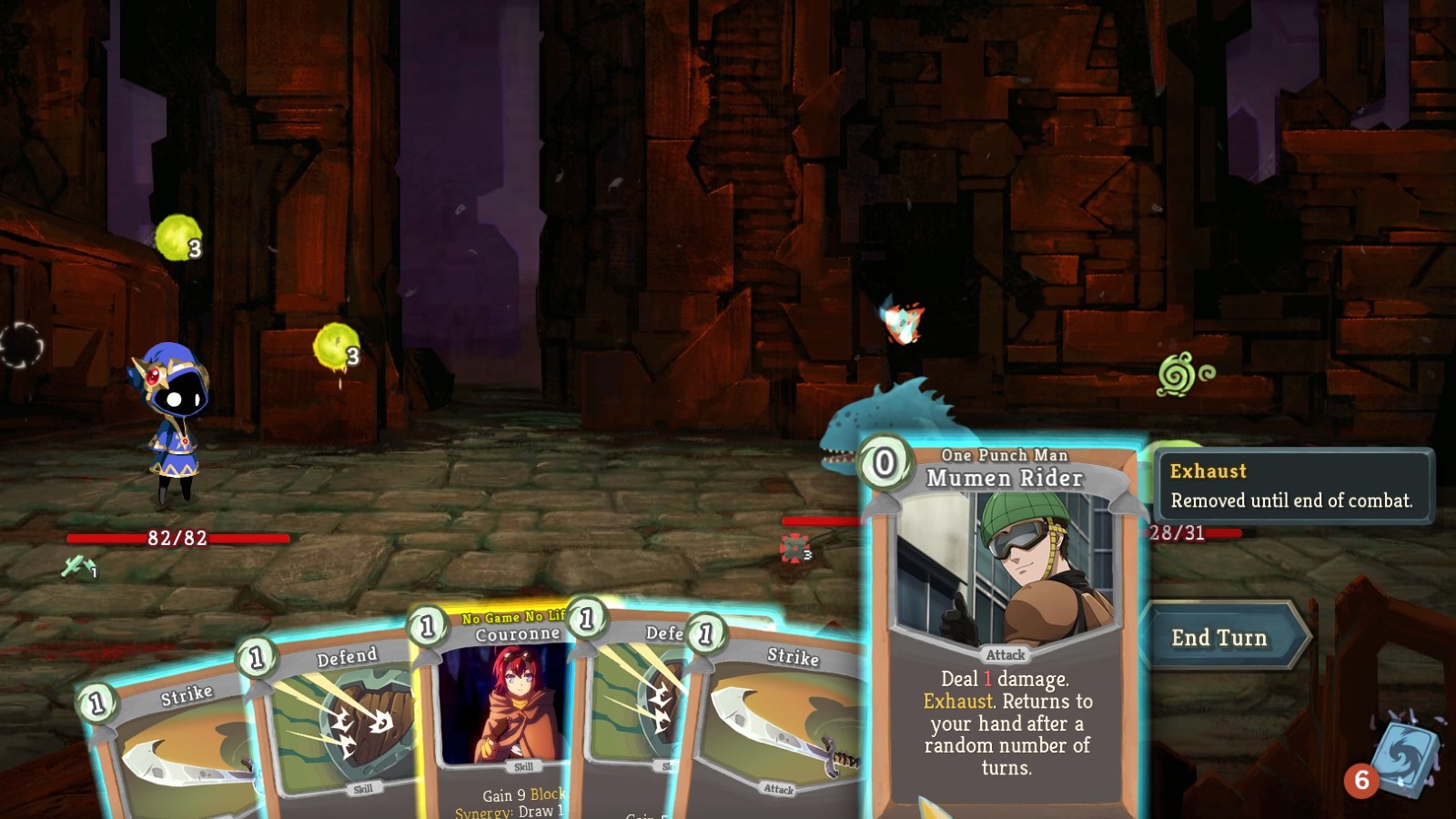 While the extremely anime-dense subject matter and card art may be a turn-off for some, this is one of the most ambitious and polished all-in-one mods for Slay The Spire. It features its own progression and unlock track, 26 new relics, and a whole new final act featuring some surprisingly not-anime new enemies and events. While perhaps a bit easier than vanilla Slay The Spire, the mod makes up for it with its optional fifth act. To enter, you need to give up all your relics and rely on cards alone.

In The Animator, you play as a little hooded mage fuelled by the power of their Crunchyroll subscription. Their strength comes from stacking their deck with multiple character-themed cards from a single anime series. While Slay The Spire is all about building up implicit synergies, the Animator gets explicit ones as well. If you play one card from a given anime series, then any others from the same series will activate their listed Synergy ability when played that same turn, encouraging deck specialisation.

Stacking one series is easier said than done, with 160 cards split across fourteen shows. Card abilities capture the vibe of each show, too. Characters from comedy-of-errors fantasy series Konosuba often have zero cost but abilities of questionable worth, while the min-maxing card sharps of No Game No Life like to swap around your hand's contents, encouraging technical play. One Punch Man characters tend to be expensive, direct and beefy, except for a few cheap and jokey ones. While not as technical to play as some characters, this on has far more content than most.

The Bug Knight by VenIM 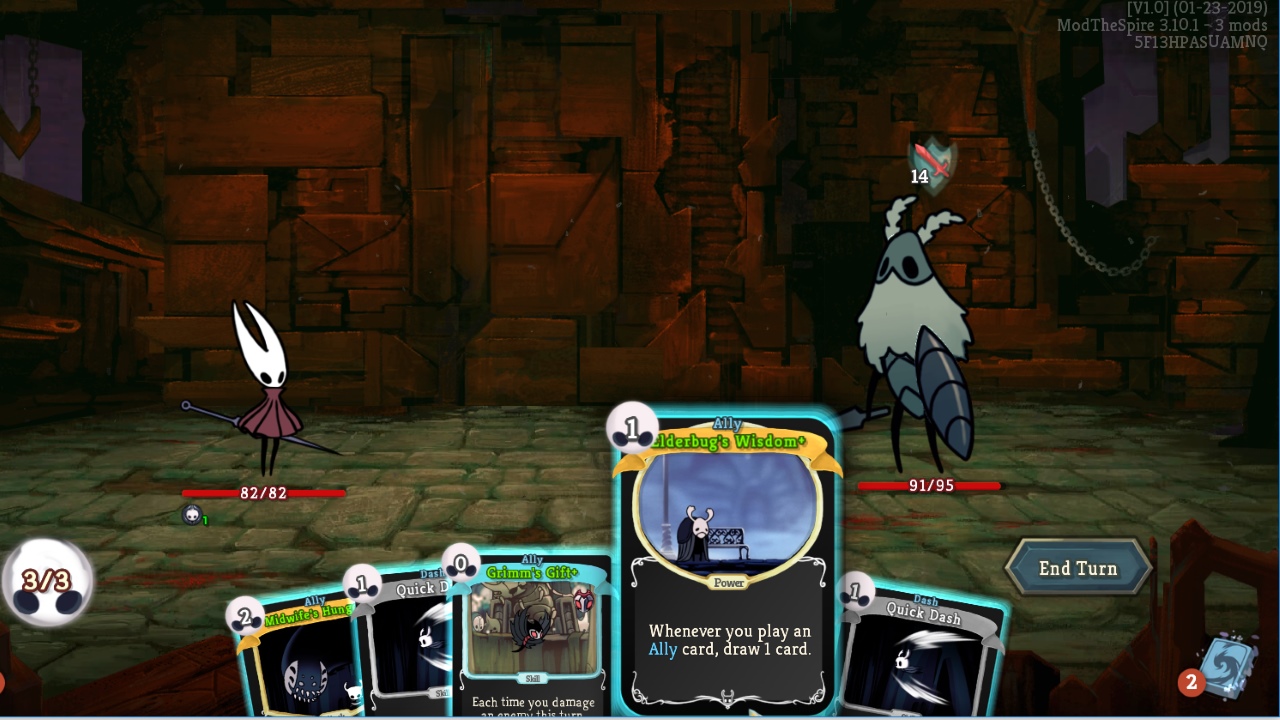 Another mode which goes beyond the 'character mod' concept. Based on excellent metroidvania Hollow Knight, The Bug Knight plays almost exactly how I imagined it would. By default, said knight (who fits right in thanks to their mask) has quick sword attacks and dashes that act defensively. Accurate to the game, every melee hit gives you one point of Soul, a secondary resource used to cast spell cards or heal yourself.

There are also Void cards, which let you immediately cast powerful, damaging magics at the cost of purging your Soul reserves and making you vulnerable to damage. There's Infection, which is a self-inflicted poison-like effect, required to activate a few highly damaging cards that require stacks of it to burn. There's Ally cards, which represent friends of the Knight and have their own synergies, and a few other systems.

As you can see in the screenshot above, that's not the titular Knight. This mod dynamically changes your look if you spec far enough into a specific set of cards. It also adds an XP-based unlock track, and nine new fights; three each of regular, elite and boss-class buggy baddies. There's even a couple new encounters to find, and a bucket of new relics to collect. It's an excellent and polished production. 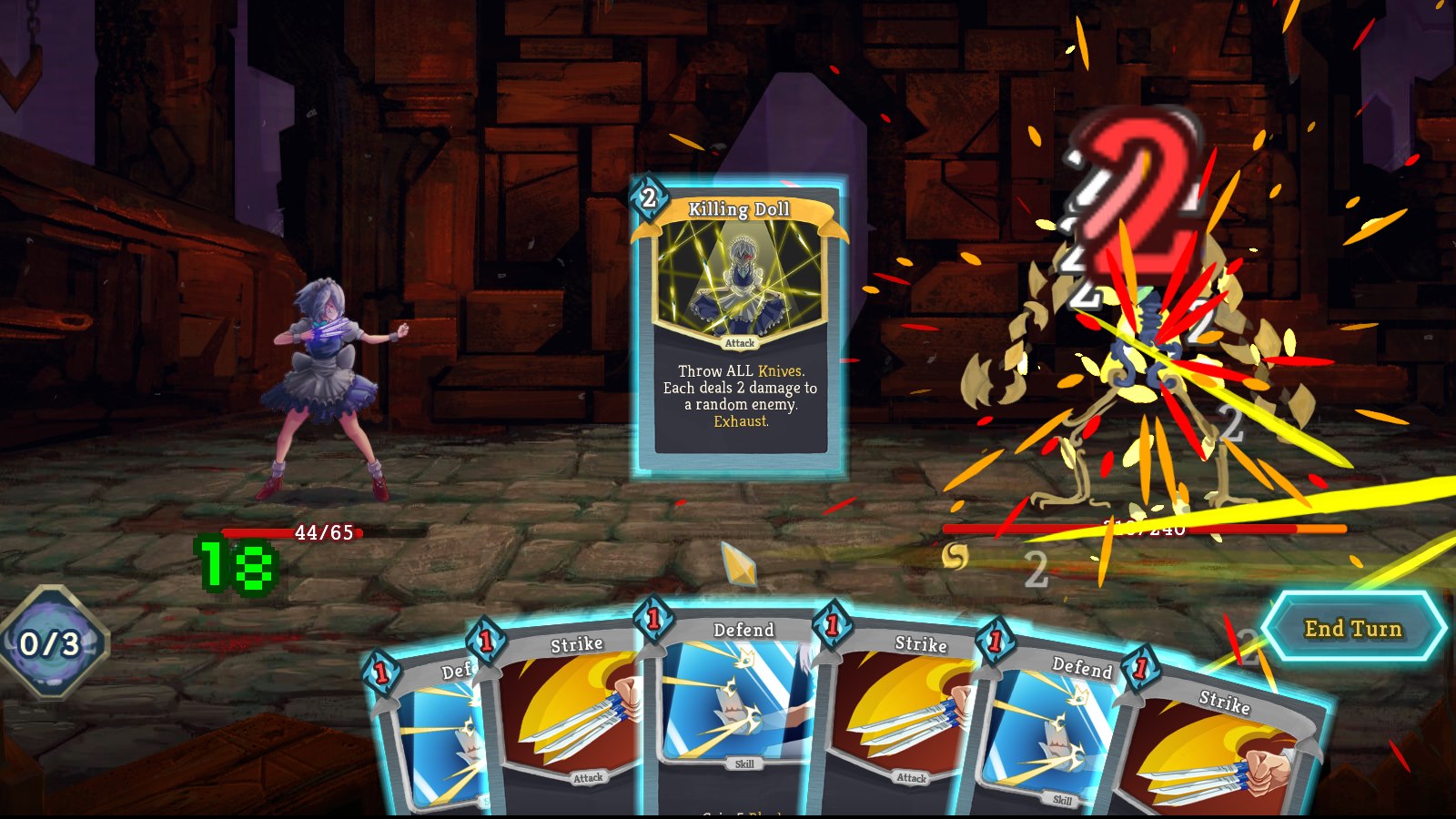 The Servant is one of the first big character mods for Slay The Spire, and still one of the best, in large part due to its character and card art. Under that mask is Sakuya, time-freezing, knife-throwing maid from the Touhou games, and all her abilities are represented in her cards. Many involve knife throwing, with her stock of blades tracked as a character status, and several cards and relics restore your stock.

Messing around with turn order is a key part of playing The Servant. Lots of cards to pull stuff back from your discard pile, then drop them again them for bonuses, then pull them back again. Many of her cards have secondary Shift effects that activate on discard, making for some complex synergies, and she has a lot of build-defining relics to be found on bosses. There's a lot of risk-reward balance, including the Backlash debuff hitting you for using many of your biggest attacks, but there's a few cards and relics to mitigate or even reverse this.

Once you get a build rolling, it's possible to play a dozens of cards in a single turn. Death by a thousand cuts is order of the day, and she can get possibly a little too powerful in the endgame, but is balanced out by it being tricky to get her up to speed early on, especially against elites.

Double or nothing, all in

If you're still hankering for some more hot deck action even with all your new mods, there are already some fan-made expansions that, well, expand Slay The Spire in some juicy, innovative ways. 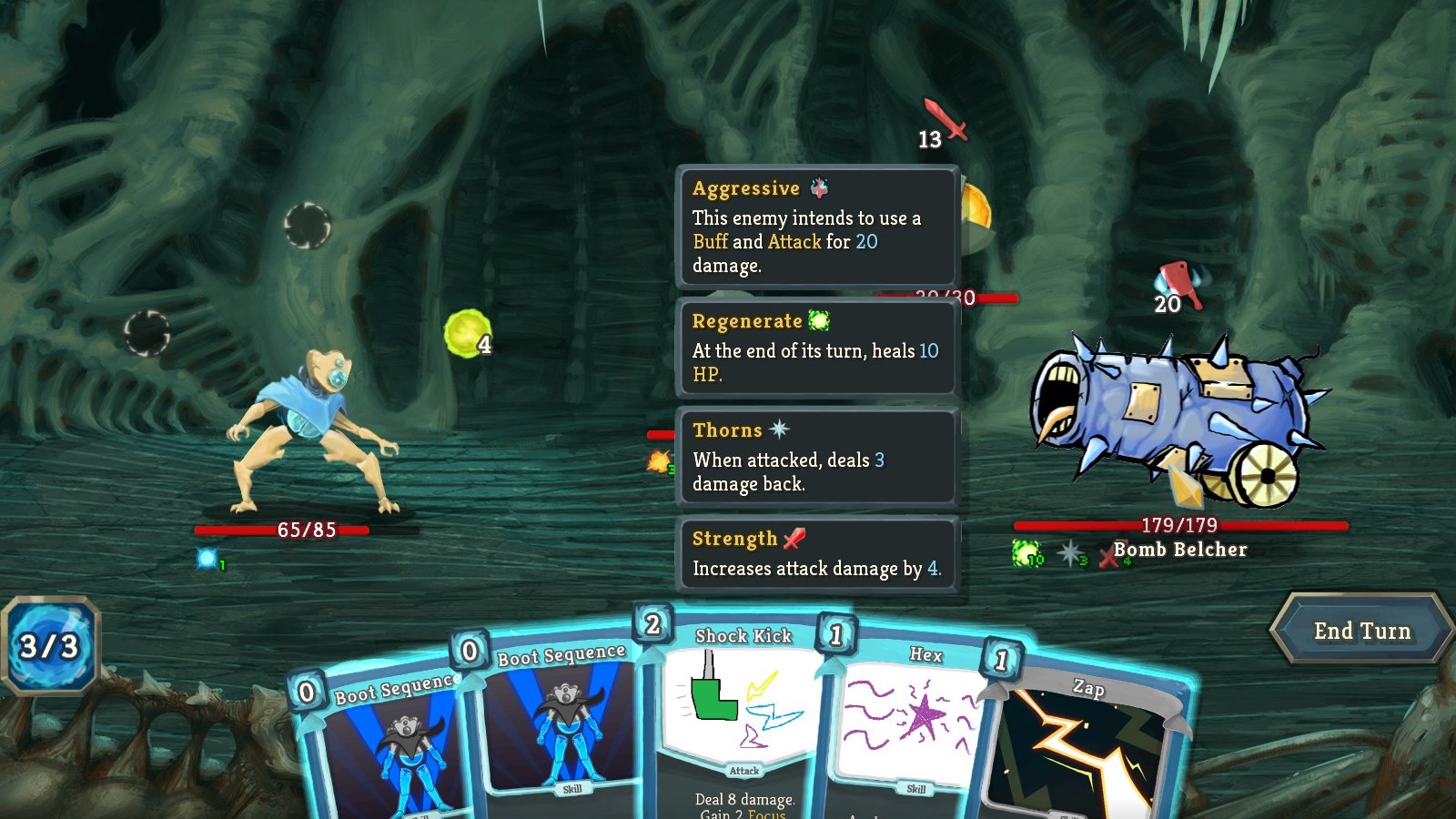 Don't let the rubbish MS Paint art and some adorably copy-pasted new monster designs put you off this wildly creative (if unbalanced) expansion. vexMod adds more of everything, including cards and artifacts for all characters (including the Bard and Astrologer mods, if you have them) and a bunch of new baddies. You can see a full listing of vexMod's contents here, but I honestly recommend going in blind.

While its class-based cards play it straight, many of vexMod's neutral cards poke holes in the fourth wall. One has a different effect every day of the week. Another adds block based on how many characters are in your username. There's even a few cards and items that interact with an external, still-active Twitter bot. The Tweet Strike card will proudly announce your victory to the world if you use it to kill a non-minion enemy. One of my personal favourites is Well-Timed Strike, a basic attack that is constantly, rapidly cycling from 0-50 damage. Slay The Spire's first QTE, perhaps?

Replay The Spire by The Evil Pickle 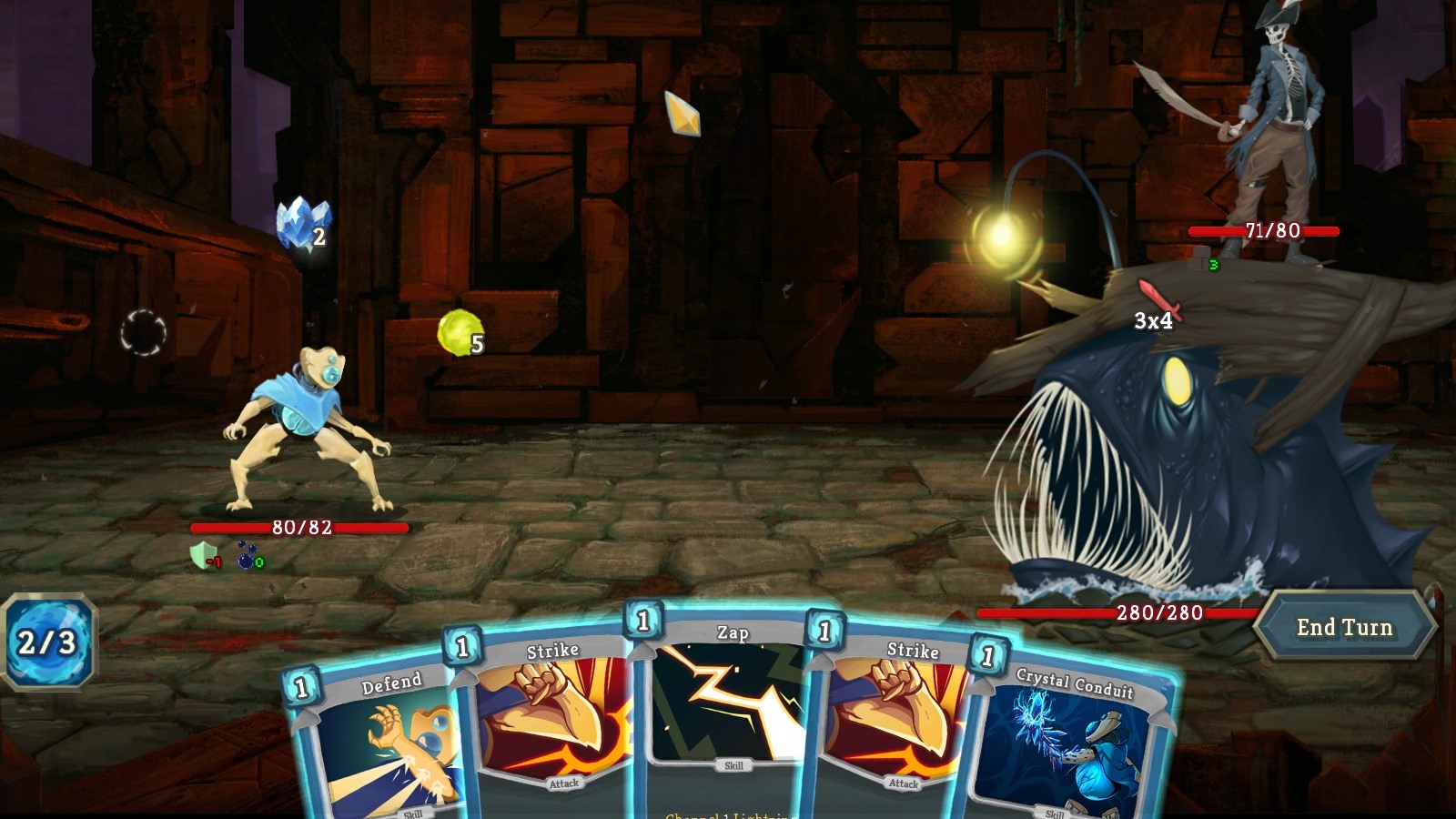 More polished than vexMod but with similar scope. New cards for all the basic characters, more relics, more events, potions, rooms, elites and bosses. As well as stacking more on top of the game's foundations, it expands them a little, too; Neow offers new starting options and shops now have two-for-one deals or Special Edition items sometimes. Much of this mod just subtly fits in with what's already there.

Replay The Spire also highlights just how interconnected the Slay The Spire mod scene is. As well as bulking out the base game, this mod detects and adds even more stuff for sixteen other mods. There's even a few new cards for The Servant to play around with. The usual warnings apply if you try to stack too many mods, but using this as a foundation and picking from other mods it explicitly supports isn't a bad idea if you want a bigger, less predictable Spire.

As with vexMod, you can see the full feature list for Replay The Spire here, but it's more fun to stumble upon this stuff itself, The only warning needed is that saving/loading after using the new Portal room type may cause the game to crash. It hasn't happened to me, but it's listed as a known issue. Beyond that, a few cards have a big BETA tag over their art. Less a bug, just ugly.

And with that fistful of cards to hide up your sleeves, I leave you to go wild and share your tales of deck-building infamy, and your personal favourite characters. One final note: As gleefully chaotic as the Playable Snecko mod is -- as mentioned in Alec's earlier roundup -- it can get better. The boggle-eyed reptile draws cards from every mod you have installed. If you want to completely break the game over your knee, Snecko reigns.