I hold great respect for the Calvinball nonsense that is Mortal Kombat canon. Once a silhouetted joke fighter named after the developers, dark ninja Noob Saibot has grown into an actual character in the new trilogy. NetherRealm have just unveiled his latest incarnation in Mortal Kombat 11, and he looks as delightfully over-the-top as you'd expect. I'd almost be able to take him seriously, were it not for his amazingly goofy voice, sounding like a hybrid of Dr. Claw from Inspector Gadget and the hooded cultist from Harvester. Check out his shadow-clone fighting style below.

Oh dear, that voice. It almost (ALMOST) undermines a surprisingly stylish looking character. Yes, he's basically a Jojo's Bizarre Adventure villain now, pulling off all kinds of gravity and causality-abusing moves with the help of his shadow-buddy and some magical portals. Being a Jojo, he can pull a horrible ghost-sickle out of his own body, before (rather more permanently) embedding it on yours. This being a Mortal Kombat trailer, they do save the most gruesome bit for last, with his Fatality reminding us that there's a little Noob inside all of us, just waiting to come out.

NetherRealm also revealed the game's first planned DLC character, returning evil sorcerer Shang Tsung. Interestingly, he's modelled directly after Cary-Hiroyuki Tagawa's performance as the character in the (surprisingly fun) 1995 Mortal Kombat movie, and will be voiced by the man himself too. A lovely little callback. 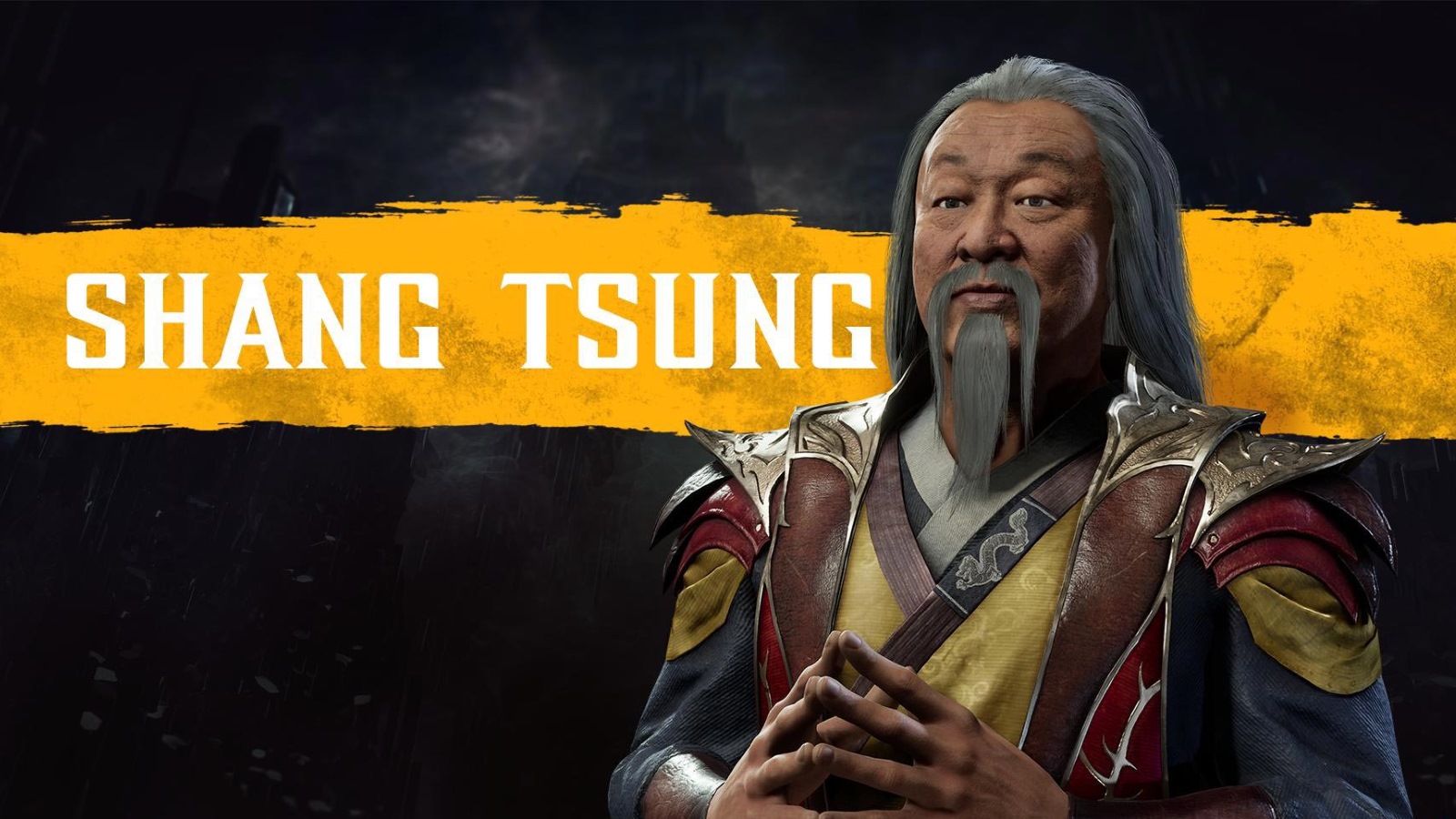 Oh, and in case you missed it, here's the official story trailer. NetherRealm are fully committed to the bizarre movie spin-off timeline they've created here, and y'know what? That's great. Having a few minutes of bad jokes (aided by time travel resulting in two Johnny Cages) and comic-book drama between fights is exactly what I want in a fighting game story mode.

Mortal Kombat 11 launches on April 23rd for PC, with a console beta starting on March 27th. Check out Dave's guide to the characters announced thusfar if you haven't already - it's good stuff.