It's quite clear that many games with loot boxes are cribbing from the design and psychology of gambling machines, but it's rare to see this as brazen as in NBA 2K20. For the MyTeam mode (similar to Fifa Ultimate Team) of their next b-ball 'em up, they're going all-in with slot machines, pachinko, and even a spinny prize wheel. Players can't pay money to play these but they are meant to add an extra thrill and engagement to a mode which does sell packs of character cards. That's mighty bold considering parent company Take-Two are trying to convince governments that loot boxes are nothing to do with gambling.

Quite something, aren't they?

Those notgambling machines can variously pay out with rare player cards, points, tokens, card packs, and such. Players get a roll on the slot machine for winning a MyTeam Triple Threat match. You can get a spin on the Prize Wheel as a random daily login reward or through 'Locker Codes' 2K will hand out every now and then. The pachinko (sorry, 'ball drop') machine is returning from NBA 2K19, and you can get a go through Triple Threat or Locker Codes. None of those are games you pay to play. It's still real grubby.

MyTeam is played with cards representing basketball players, built into teams. Some players have better stats, and the better ones are usually rarer. Folks can earn cards and packs by playing or by paying. The odds are terrible. It tempts players to pay, offering the thrill of opening packs to improve their team and maybe, just maybe, get a mega-rare card. Opening packs is thrilling enough that some YouTube videos of openings have over one million views. 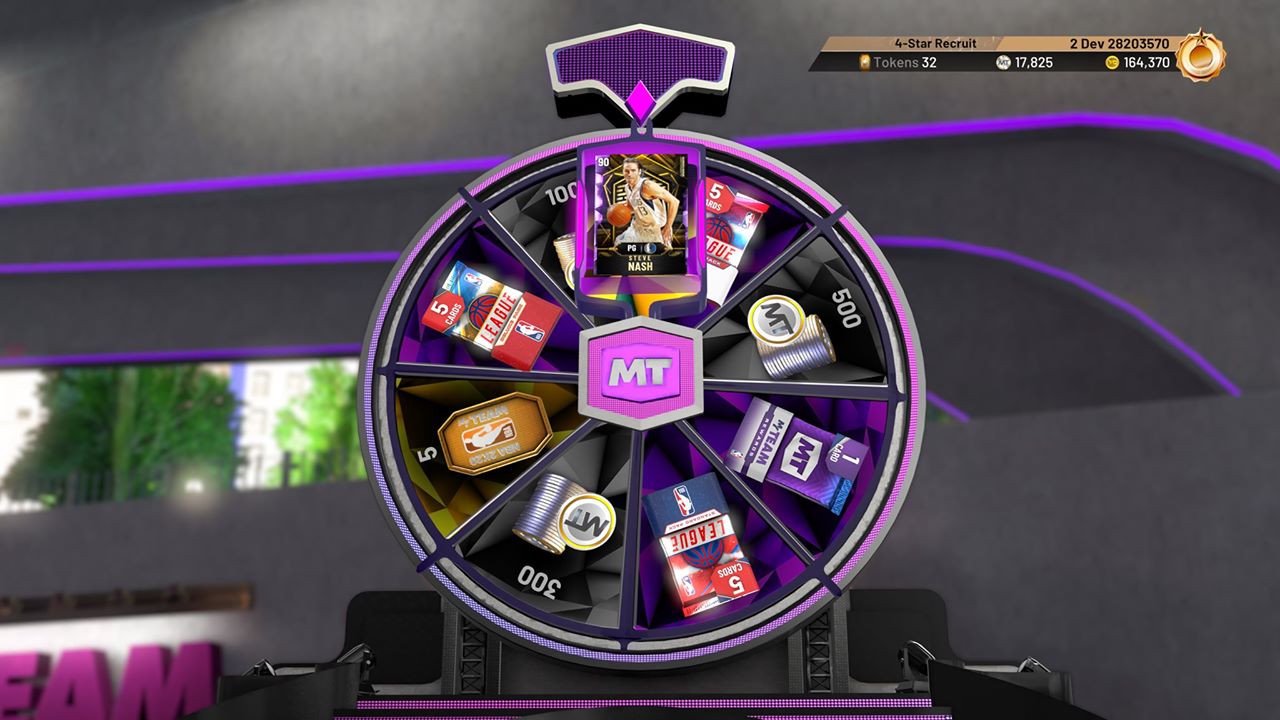 Throwing slot machines and prize wheels into this environment draws players even deeper into the dream of striking it lucky. While you can't buy a spin (or drop), NBA 2K20 is using literal gambling machines to keep players engaged with a mode that's built to incentivise buying loot boxes.

"The ball drop is significantly more enjoyable this year, and I find myself looking forward to it at the end of every played Triple Threat Online game!" NBA2K20 senior producer Erick Boenisch said in Monday's announcement. 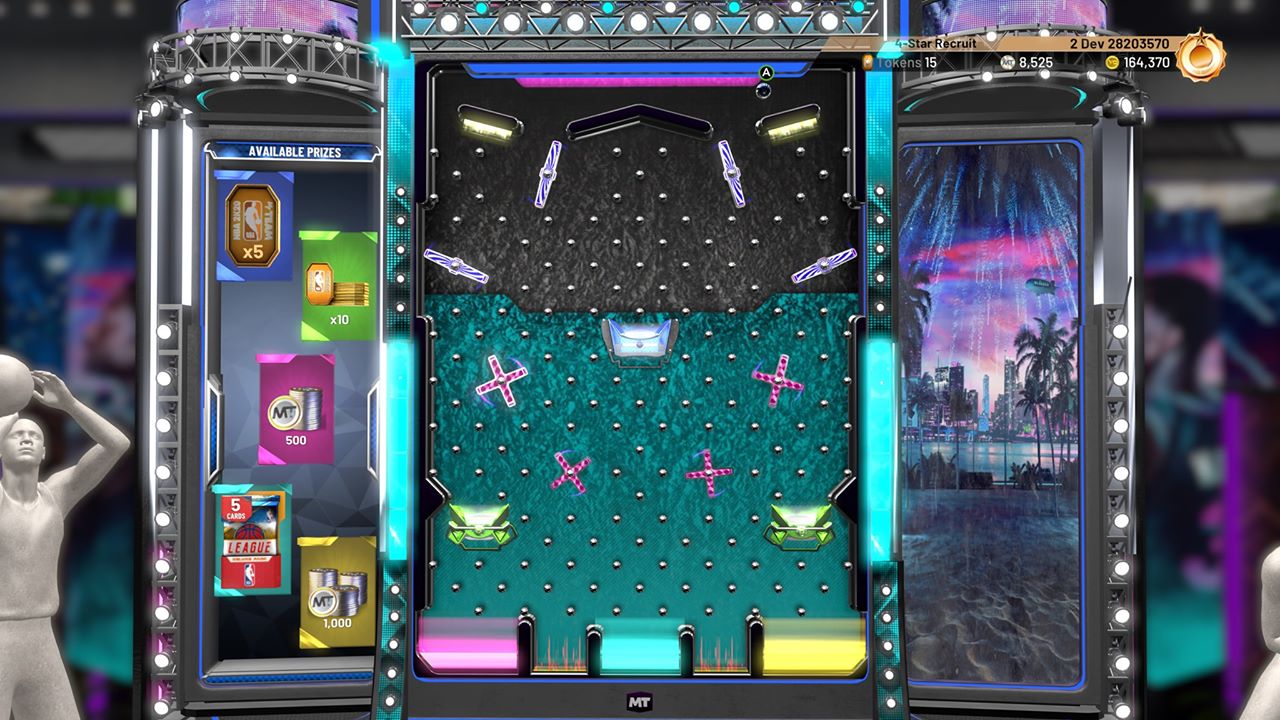 MyTeam has already needed to stop selling card packs to players in Belgium to avoid breaking local gambling laws. Several other countries also police loot boxes and more have put feelers out, while big publishers are still hoping that self-policing will be enough to avoid further intervention. America's Entertainment Software Association, an industry body to which Take-Two Interactive belong, have insisted that loot boxes are not gambling. Take-Two have echoed that. Take-Two are also one of the companies which, when the Federal Trade Commission this month hosted a discussion of loot boxes, vowed to disclose odds. That's the gesture of companies scared of the US government, not companies caring for their players. At this point, stuffing actual found-in-casino gambling machines into a mode built to sell loot boxes almost feels like a challenge. Or a dare. Perhaps a double dare. Hell, a double dog dare.

Take-Two have been bolder before, mind. Grand Theft Auto Online recently added an in-game casino with gambling games and machines played with chips swapped for in-game cash - a currency which players can buy for real out-of-game money. Players can't transfer in-game cash back out to real money but they sure can pay to gamble to get cool digistuff.

Just because players can't sell all this, doesn't mean it doesn't have value.