Quite large space jaunt No Man’s Sky is getting an update next week that adds a "full multiplayer experience" to the game, allowing players to help and hurt one another across the procedural planets. No Man’s Sky Next is the biggest update to the game since its release two years ago, say developers Hello Games. We’ve already been told it was incoming but now we have a more solid idea of what you and your spacemates will be able to do, including better base building and frigate commanding. As you can see in the trailer below, it also lets you play in third-person, both in-ship and on foot.

The update is due out Tuesday July 24. You’ll be able to meet up with friends but also act hostile to random strangers. Buildings can be shared between players, and the number of building blocks has been increased, while players can now own multiple bases. You can wing together in space battles or race exocraft on the surface of planets while making and sharing your own race courses. And it's all been polished a bit too, adding planetary rings to some of those big orbs in the sky. 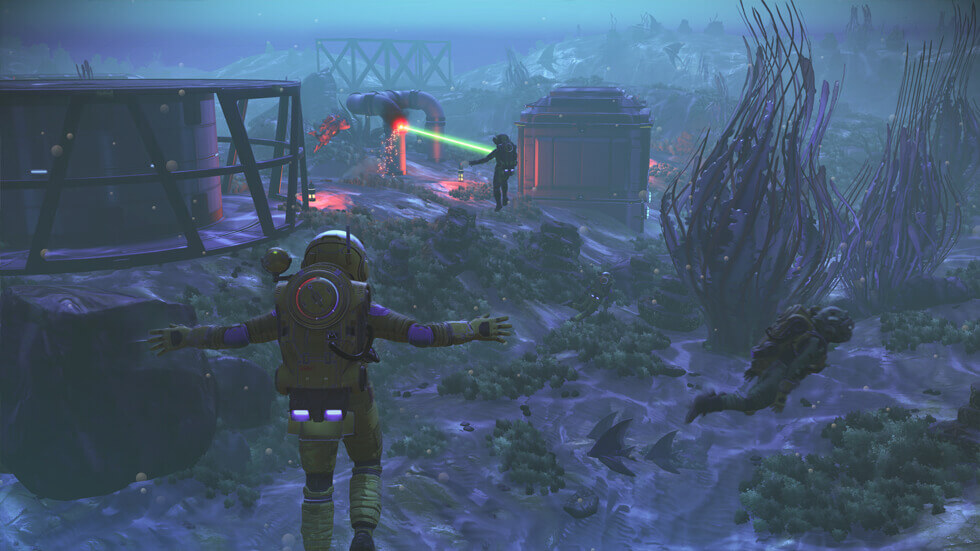 You’ll also be able to “assemble and upgrade a fleet of frigates and command them from the bridge of your freighter”. That bridge acts as a hub for friends too. You can invite them up to your spacepad and take “challenging multiplayer missions from the Galactic Commission Station”.

This update seems to finalise the co-op features the game has been tip-toeing towards since release. Although all previous updates weren’t enough to convince Rich that the game knows what it is doing, even after all this time.

Disclosure: Our Alec wrote some words for No Man’s Sky.