Space exploration sim No Man’s Sky recently added both multiplayer and third-person perspective, along with a host of other changes for its Next update. To me, the mere presence of character models seemed innocuous at first, but it’s quickly become one of my favourite things about the game.

The character customisation, which can be accessed on any space station, isn’t particularly detailed, but it doesn’t need to be. The main thing is that you now have a tangible presence in the universe, and just enough control over what that presence looks like.

No Man’s Sky can be played in a lot of different ways but for me and plenty of other people, it’s mainly about chill exploration with a generous side helping of photography. And there are certain framings you’ll see again and again in the great collections of screenshots out there, like perfect Twitter account @nomanspics. Characters sit atop hills, looking down over the expanse of planet below, or stare into colourful skies with nearby planets looming overhead. Just having those models in place can lend a poignant sense of scale, wistfulness, and tangibility to the already beautiful vistas that the game produces.

I doubt it would be the same if those models weren’t customisable, though. In the same way that every planet and creature is unique, now every player gets to be too, choosing between various colour palettes, armour styles, and, crucially, what species you want to be. 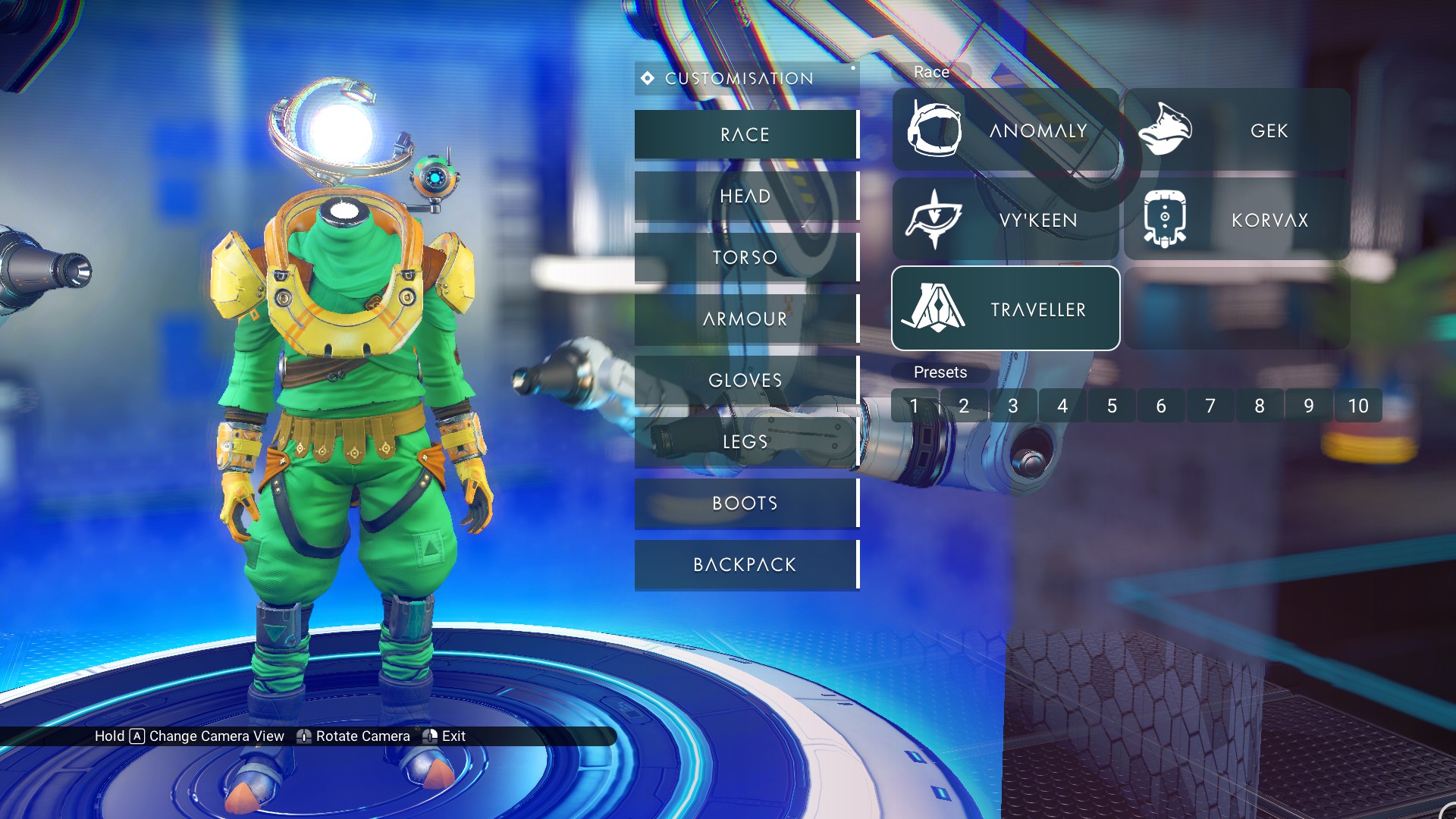 The universe’s bright colours have always done so much for the aesthetics of the game, making them both compelling to explore and excellent for snapshots, and that makes the equally vibrant spacesuit shades a nice touch. The armour options are fairly limited and not especially exciting, but still good for a little personalisation.

But being able to play as any of the known sentient species in the universe opens up a host of possibilities for the imagination. Lore-wise, your character is supposed to be a Traveller, but if you want to ignore that you can play as one of the cute Gek, burly Vy’Keen, or LED-masked Korvax, introducing a potential layer of roleplaying that breaks beyond the game’s narrow story. If you want to just be a local farmer or astrozoologist, you can fit right in with whatever aliens actually live in your chosen solar system. 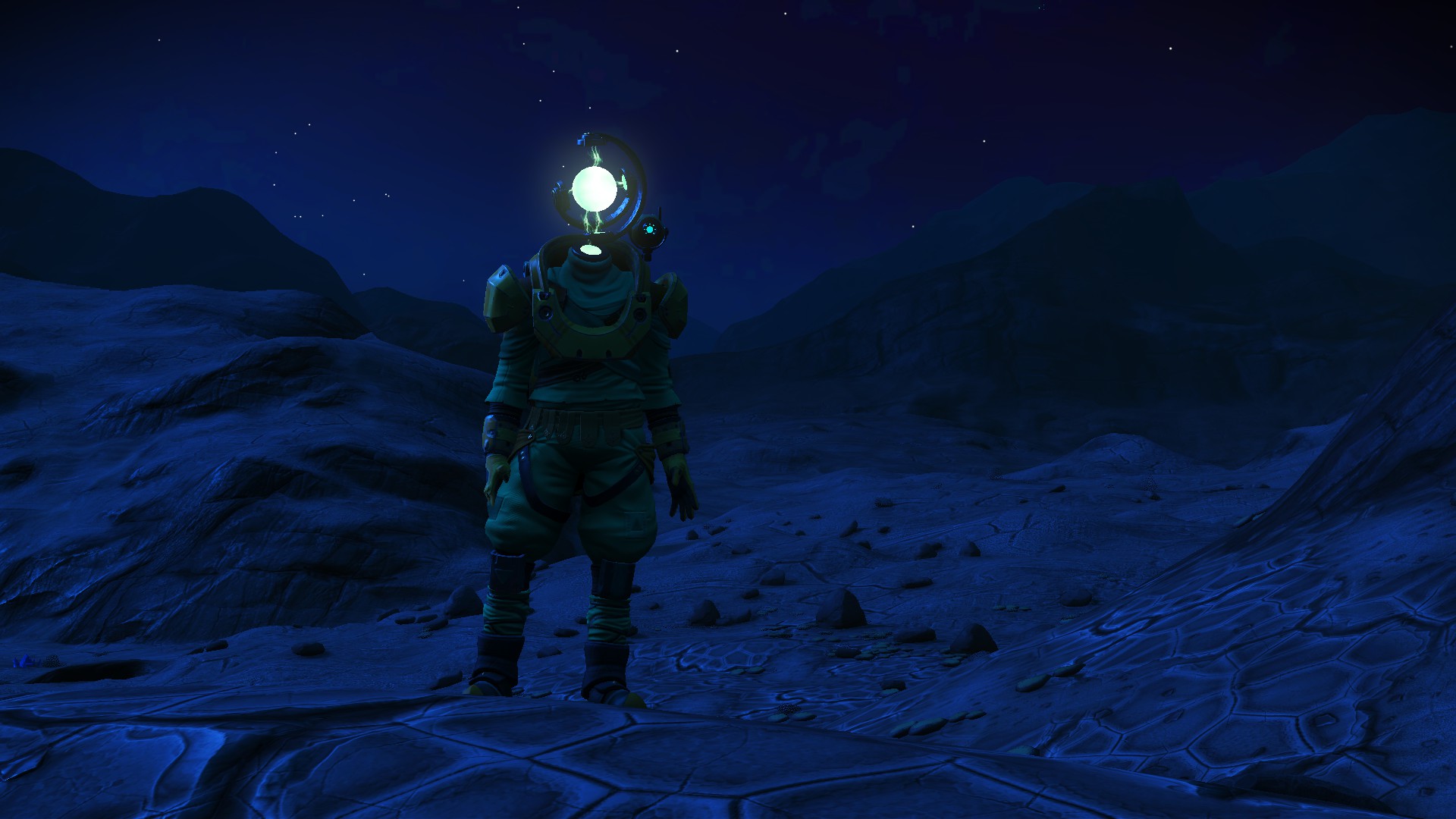 For me, though, there was only one option, tucked away in the Traveller species. There’s some decent variety there: the classic domed helmets, reptilian beings with large eyes, and sharp-edged robots. But I have never fallen in love with a customisation option as quickly as the weird, luminous ball of energy hovering above an otherwise unassuming humanoid body. I think they’re a robot, but who really knows. Why do they still need oxygen for their life support system? Don’t even worry about it.

It’s strangely rare to see something that feels truly alien even in space-based sci-fi media, but my glowing orb more than qualifies, and it makes revelling in the beauty of No Man’s Sky’s universe just that bit more special.

Disclosure: RPS's own Alec Meer wrote for No Man's Sky earlier in development.