There's a twist in the tale of the today's latest Nvidia driver, as it finally adds support for FreeSync monitors. For years now, there's been a GeForce tax if you wanted a screen with Nvidia's brand of adaptive sync - that is, the one that can adjust its refresh rate, and therefore in-game frame rate, with wild abandon, and more importantly without that icky screen-tearing effect or harsh frame rate step-down of V-sync - and Nvidia G-Sync screens have traditionally cost far more than the open source, AMD-supported FreeSync standard.

That changes today, with the latest GeForce driver officially ushering in support for adaptive sync on 12 FreeSync monitors, but more importantly the option to give it a go on any FreeSync screen on the basis that it may or may not work, or indeed be very good. On mine, it does. You can touch me if you want to.

Don't expect a plethora of options in Nvidia's Control Panel, as you'd get on an officially-sanctioned G-Sync panel, but rather just an on/off checkbox and vague language which suggests only the most grudging support. But if you can see the G-Sync option in your Nvidia Control Panel, you can at least give it a try. It magically appeared for my three-year-old LG 34UC88 FreeSync monitor, and I'm happy to say it worked with no fuss. 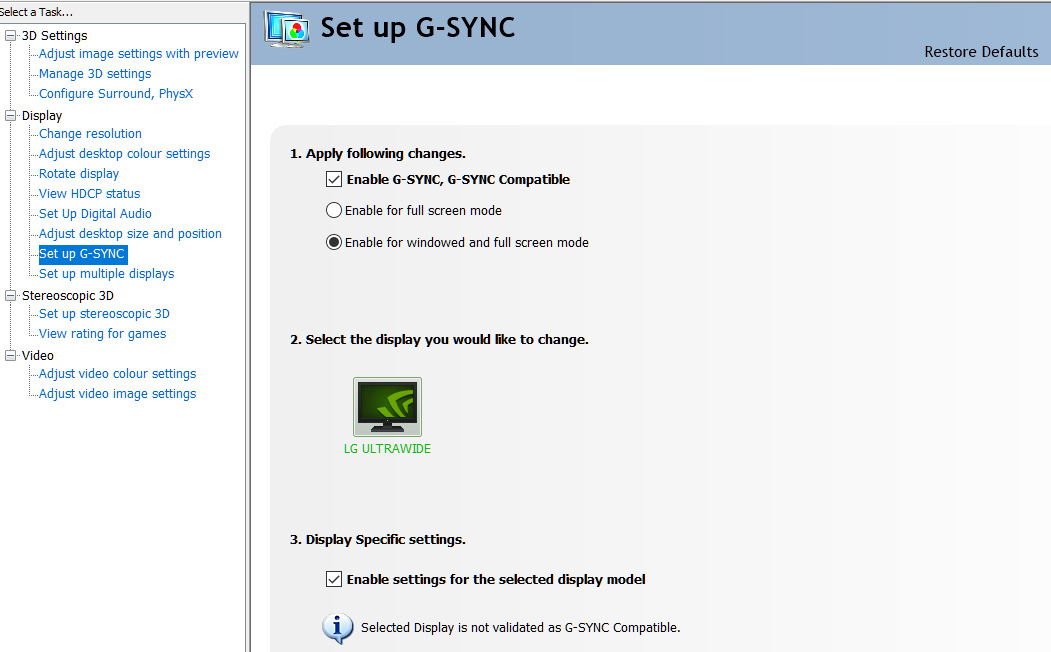 That said, this panel 'only' goes up to 75Hz so I can't attest to how effective this is on FreeSync panels with ridiculously high hertzage - yer 120s and 144s and all that willy-waving. I, however, am happy to have just a bit more leeway when it comes to running games at max settings - i.e. frames now tend to range between 50 and 75 for me, without tearing and without sudden steep drops to 45 / 30 fps, for example, as with old man V-sync.

For my panel, I'm also now able to run it at 75 as opposed to 60 FPS, which previously was only possible on AMD cards for Reasons, which is jolly nice. However, I can't seem to overclock it to 80, as I could on AMD, but small beans.

Hopefully this is just the start of proper adoption, and in turn perhaps the relaxing of G-sync's choke-hold on fancy-pants gaming screens might mean some fairer prices. That said, Nvidia are also banging on about their G-Sync premium experience and G-Sync Ultimate in order to ensure your pixels are as perfect as possible or whatever, so brace yourself for even more confusion about what you actually need and what you're actually buying in the months and years to come. Case in point: 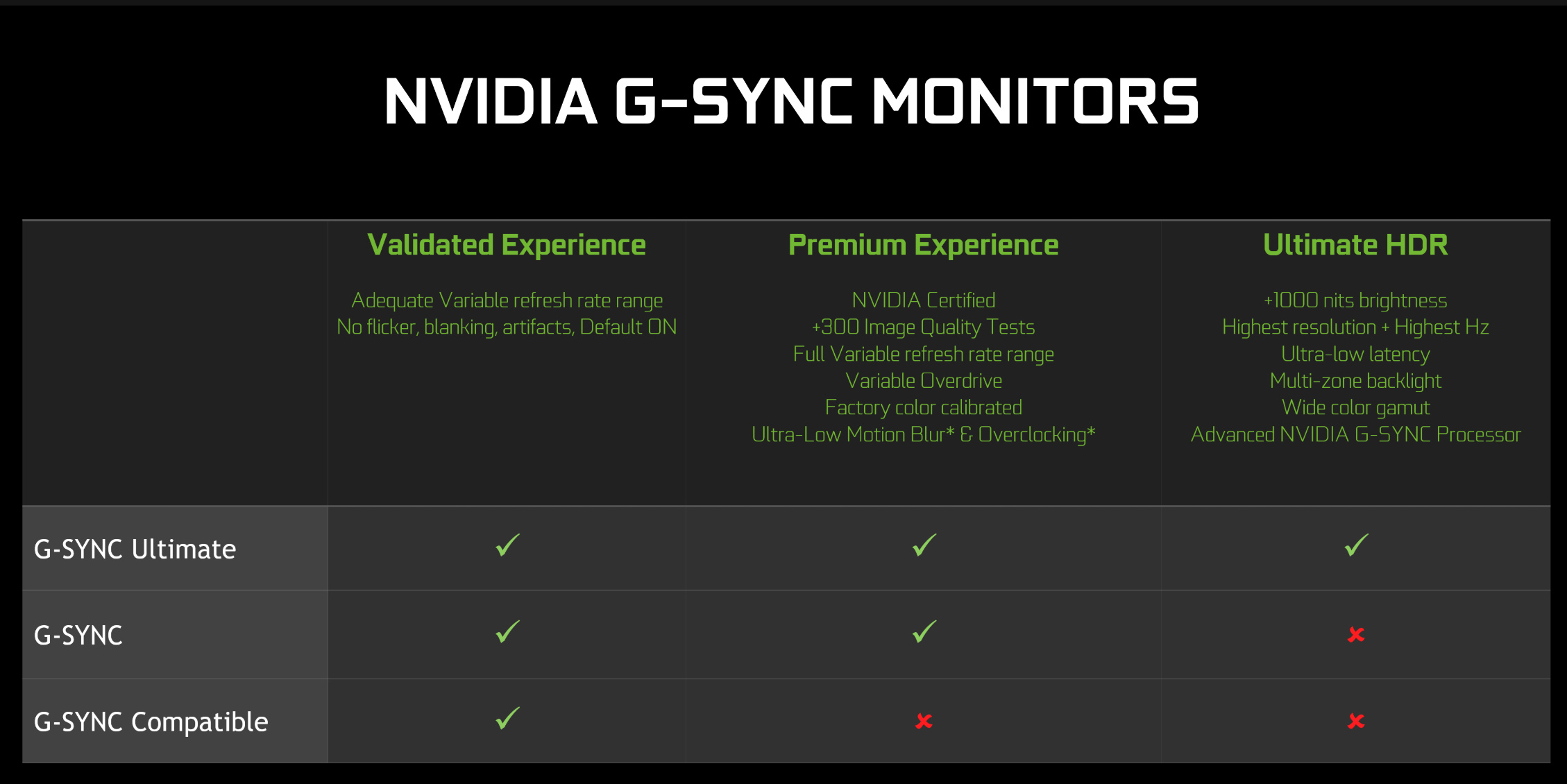 As for what are now deemed G-Sync Compatible monitors, which is to say the chosen 12 Freesync ones that Nvidia will wave through into basic G-Sync support without question, you're in luck if you own one of these:

Note that you'll also need a Pascal (GXTX 10-series) or later Nvidia card to give this a go, officially-sanctioned screen or no.

Today's driver (directly download it here) is also what you'll need if you're thinking of picking up one of the new mid-range RTX 2060 cards, along with the usual assortment of bug fixes and profile tweaks.