The graphics card rumour mill never ceases to amaze me. Despite no hard evidence whatsoever, the latest thing being whispered around the internet is that Nvidia are apparently getting ready to launch two new GTX 16-series graphics cards - the GTX 1660 Super and the GTX 1650 Ti. Indeed, after first spotting the story on Chinese news site MyDrivers, even renowned leakers VideoCardz have admitted they've found "no substantial evidence" for such a claim. Even if it does turn out to be true, though, I just can't fathom where a GTX 1660 Super, or even a GTX 1650 Ti, would even sit on the great graphics card hierarchy scale. After all, isn't that the whole point of having the GTX 1660 Ti?

Let's break it down. According to this pinch of salt rumour, the GTX 1660 Super will have faster memory than the current GTX 1660, upgrading its 6GB of GDDR5 to a currently unspecified amount of GDDR6, although we can probably assume it will likely be 6GB again. Its CUDA core count, however, will remain at 1408. 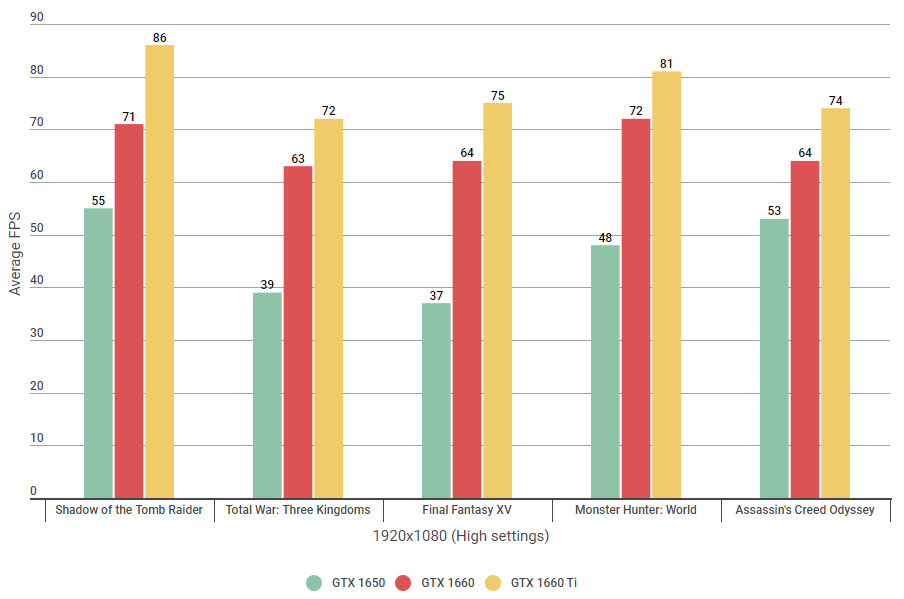 The thing I can't understand, though, is where a potential GTX 1660 Super could possibly fit with the already excellent GTX 1660 and GTX 1660 Ti. I mean, even now you're only looking at an average difference of around 10fps between these two cards - and the gap gets even smaller when you start looking at other quality settings too, as you can see in my GTX 1660 vs 1660 Ti comparison piece.

Would the GTX 1660 Super sit between them? Because that's what the rumour mill is saying at the moment - that it's intended to slot in the middle of those two cards, not replace the existing GTX 1660 - which, let's remind ourselves, Nvidia literally just launched in March of this year. I mean, I thought replacing a bunch of the less than a year old RTX cards with their Super equivalents was a bold move, but a graphics card that's only just about been on shop shelves for six months? That would be baffling indeed.

Indeed, even if the GTX 1660 Super is real and does end up getting smooshed somewhere between them around the £250 / $250 mark, is it even going to be worth buying when it's only likely to offer a teeny tiny performance boost over the non-Super version? I doubt it.

All of this is conjecture, of course, but right now, I just can't see a GTX 1660 Super making any kind of logical sense, either from a performance perspective or a pricing one - and if I'm wrong, well, I'll eat my GPU-encrusted hat. That's a promise.