I may have lost my family to a freak accident involving a sentient Edvard Munch painting, but I still find Occupy White Walls enthralling. That's not the first time I've used that word to describe Stiki Pixel's free-to-play virtual gallery MMO, currently in early access. It likely won't be the last. Especially not if they keep adding features like those included in the recent Cambrian Explosion update, such as an overhauled tutorial, between-gallery portals and unsettling clockwork art vendors.

If this is your first time hearing about OWW, I envy you. I should also probably tell you the basic idea, which is that players spend in-game money on creating galleries with art and ambitious architecture, then earn money based on each visiting player they lure in. It's also got a clever AI that learns your artistic preferences based on what you spend your time looking at, then suggests similar pieces that might appeal to you. Or even very different pieces that might appeal, I believe. Like I say, it's clever.

The Cambrian Explosion update ushers in V3 of OWW, so it's big but not 'leaving early access' big. D.A.I.S.Y has been made "bigger and better". The patch notes don't say what that means, so I emailed one of the devs to ask if they could elaborate. They say they'll get back to me later today.

For me, most of OWW's appeal revolves around the button that lets you teleport between random galleries. That nosedive into the unreal and the unexpected. But I'm also taken with the idea of someone curating a chain of galleries, linked through portals with an aesthetic appeal of their own. What kind of juxtaposition can you create between worlds? What kind of stories can you tell? This is OWW doubling down on what makes it special, embracing liberating aspects of the virtual rather than mimicking reality. When that dev got back to me, he mentioned that people have been using them to create pocket pixel-art mosaic galleries inside of larger ones designed by other people. (Stiki Pixels added collaborative designing in version 2.0.) 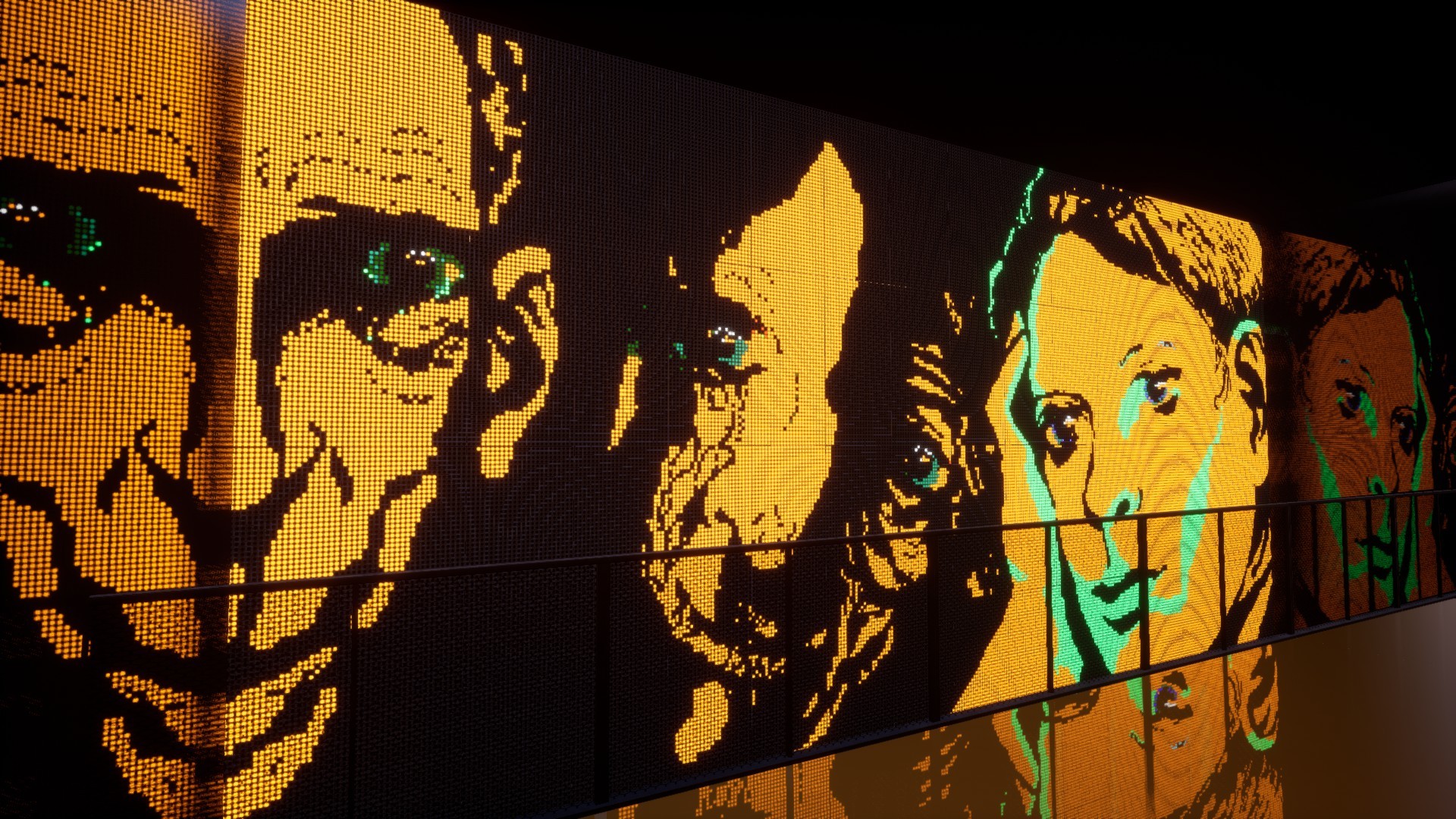 The headline feature is probably those vendors, who will sell daily unique assets as well as "lots of strange new things which we can’t even begin to describe". I mean, I bet they could, but it does sound like an idea that provides lots of room to play. By "assets" Stiki Pixels mean fancy chairs and whatnot, as opposed to the "hundreds of new artworks" also included in the update.

There's also an improved Free Camera mode with "deep camera settings", accessed by pressing F8. Another neat little touch is that you now get 20% of an artwork's price if another player buys it after looking at it in your gallery. Oh, and deleting assets "now gives back 100% of the cost if deleted within 3 minutes of placing an object and 50% after 3 minutes". I've spent all my time exploring other people's galleries rather than creating my own, which is why I'm most excited about them portals.

I'd argue that no video can capture the magic of exploring for yourself, but this is the closest I've seen. I think it's something to do with the pace and the music.

Do jump in. It's free, remember.