Economic space strategy game Offworld Trading Company will be far easier to play with friends soon - as of February 28th, the game's multiplayer will be available as a free, standalone game. Mohawk Games's extraterrestrial number-cruncher is still expanding, with more DLC due along with the multiplayer client, but the chance to play for free against other humans strikes me as the bigger deal here. With any luck it'll help put the game back on the radar for folks looking for a new kind of RTS - destroying your foes without building any tanks is a hard sell, admittedly.

The new DLC, Market Corrections, seems a good reason for existing players to return. It adds three new campaigns telling the story of earlier Martian colonisation efforts. The campaigns tell the tales of sentient robot Reni-6, scientist Illana Kamat and exiled convict Frank Dawson. There's also another twelve maps based on real-life Martian geography for you to mine, exploit or otherwise Do Capitalism to. In his review, Adam Smith said "in each of its half hour sessions, there are as many twists as in Civ’s six thousand years" - hopefully the DLC crams them in just as densely. 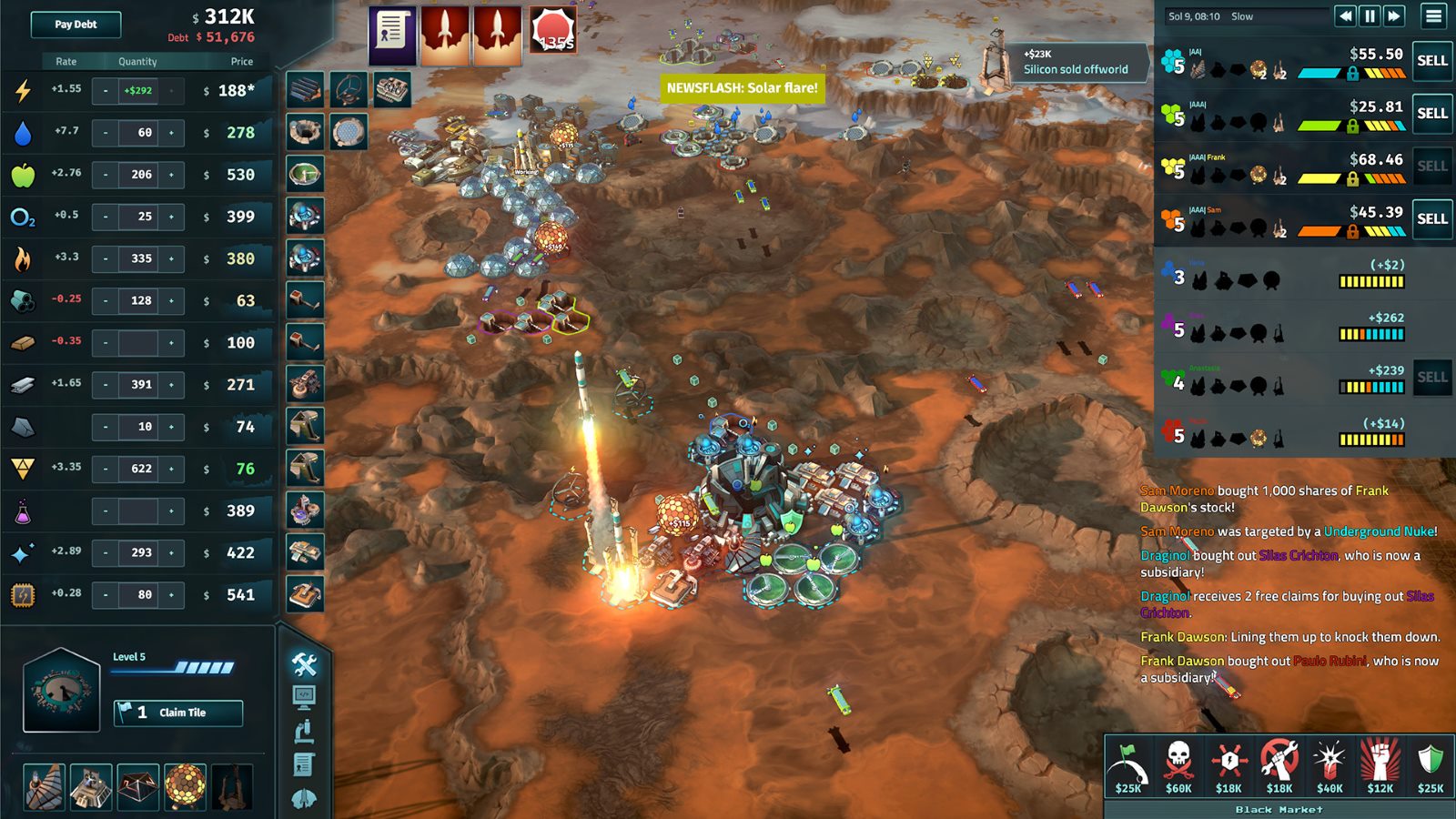 I feel that Offworld Trading Company didn't get the attention it deserved at launch, but has been very well supported, with one major expansion and nine smaller pieces of DLC (with another one coming) since launch. Making multiplayer free is a bold move, but it reminds me a little of free 'client' installations you could make of games back in the earlier eras of CD-based gaming. One copy was all you needed to play with buddies via LAN. Plus, there's a certain poetic irony about not paying a penny to play a game about unchecked capitalism. Well played, Mohawk.

The free multiplayer version of Offworld Trading Company launches next Thursday, February 28th, alongside the Market Corrections DLC. You can find the game here on Steam, and the upcoming DLC (priced at a mere $4) here. It's published by Stardock.