Steam's Summer Sale is well and truly underway. Running until July 9th, there are hundreds and thousands of great games on sale. Too many, if you ask us, but hey, everyone loves a good deal, right? To help you navigate this latest deluge of games going cheap, the RPS Treehouse has put their collective, socially distanced heads together to bring you our top Steam Summer Sale recommendations.

It's by no means a comprehensive list - we'd be here until the end of time if we listed every good deal happening over the next two weeks - but hopefully it might jog your memory about that one game you've always been meaning to play but never got round to buying. To the deals!

Katharine: Outer Wilds was our game of the year in 2019, and with good reason. It's a knotty mystery game about a race of doomed, space-faring aliens that once inhabited your solar system, and it's up to you to find out what happened to them by following a trail of clues that spans entire planets. You have complete freedom to pursue whatever plot point takes your fancy. The only mild hitch is that your sun will implode after 22 minutes, wiping out all life as you know it. Oops.

Luckily for you, you're stuck in a time loop thanks to a strange piece of ancient alien tech, so you get to relive that brief window of time over and over again until you figure out how to break the cycle and get your sun to behave itself. It is, in short, a game where the events of the distant past come back to bite you in the arse so profoundly that you'll need to break all the laws of physics to put things right again. A game very much of our time, then. Backed by a stunning soundtrack and a brilliantly written story, Outer Wilds is an absolute must-play now it's on Steam, especially when it's just over a tenner in the sale. 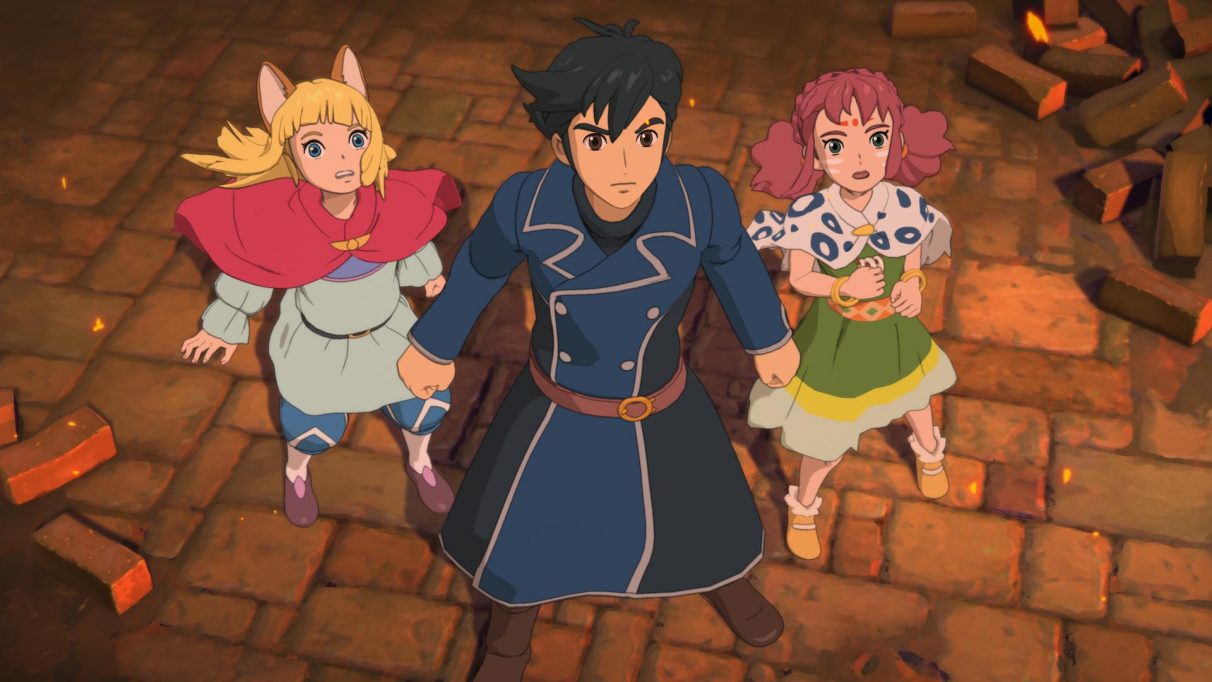 Katharine: Ni No Kuni II is that rare JRPG that feels like it was made specifically for PC. Underneath its bright and cheery anime looks and its somewhat trad story about saving the world and bringing peace to warring nations is a game that also doubles up as an engaging city builder and an accessible RTS battler, tapping into those classic PC staples without getting too bogged down in the nitty gritty detail.

I found it infinitely more engaging than its predecessor, Wrath Of The White Witch, and I probably put in just as much time completing its sidequests and recruiting new townsfolk to my budding kingdom as I did playing the main story. Yes, you will have to get over the fact that the main character is a catboy prince called Evan Pettiwhisker Tildrum (yes, really), but it remains one of the best RPGs on PC today, and is absolutely worth a punt at 70% off. 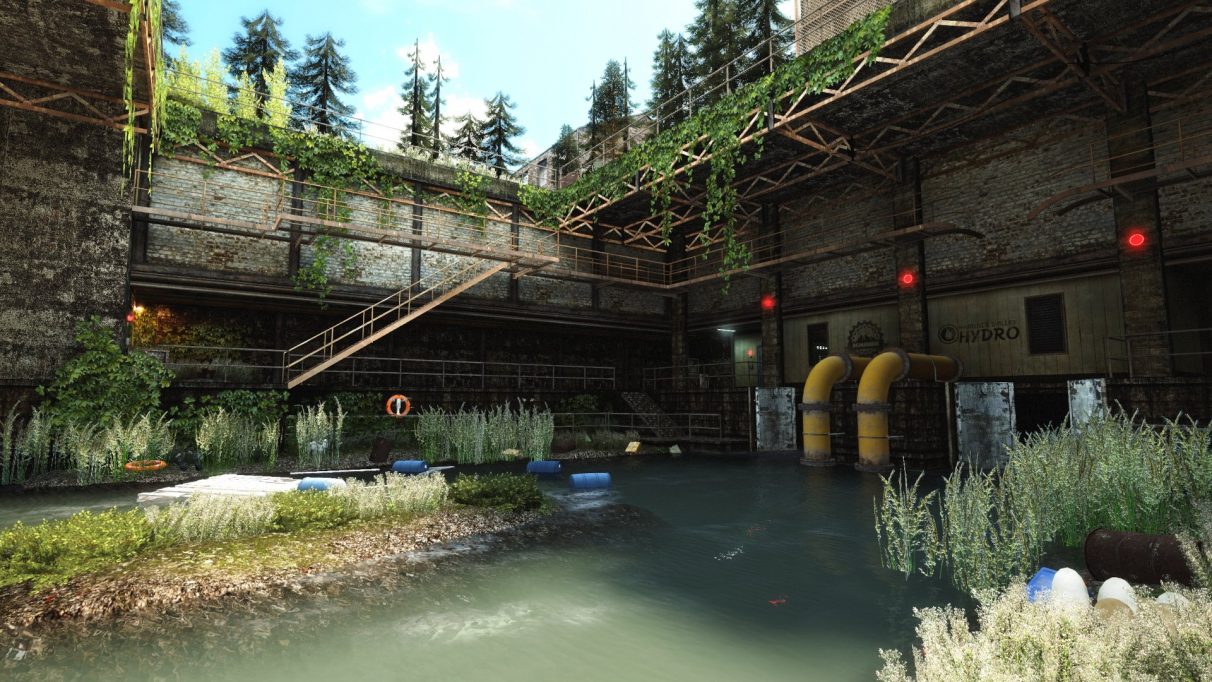 Alice0: Infra’s premise is not one I've heard before, nor one I would expect from a game looking like a Half-Life 2 spin-off. Off you go with your camera, flashlight, and hi-vis jacket to explore dams, power plants, tunnels, water treatment plants, and abandoned factories while accidents (?) mount.

There is a pleasing amount of "What even are you?" to this game, with parts almost feeling like Deus Ex. At times it feels like you’ll never make it back to the surface, becoming trapped in a netherworld of tunnels, drains, ruins, mutant fungus, conspiracy, and closed communes. Occasional big, weird, immersive sim vibes. I will confess to looking up a few puzzle answers but it's a great adventure and a treat for staring at civil engineering projects. 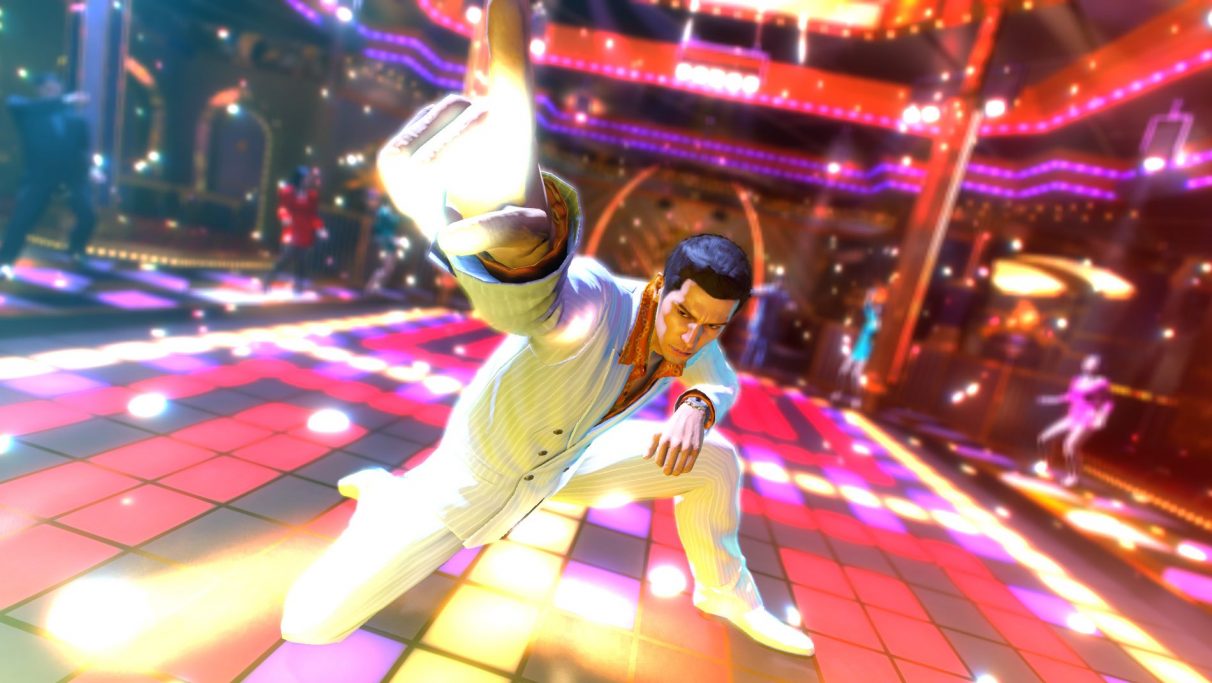 Yakuza is wonderful melodrama, fully committed to both the serious criminal intrigue underpinning the plot and the goofy fun of everything else. Our two protagonists are mobsters with fists of steel and hearts of gold, the greatest wrestledads to rise from the daddification of video games. It's chuffing huge too so it'll tide you over till winter. 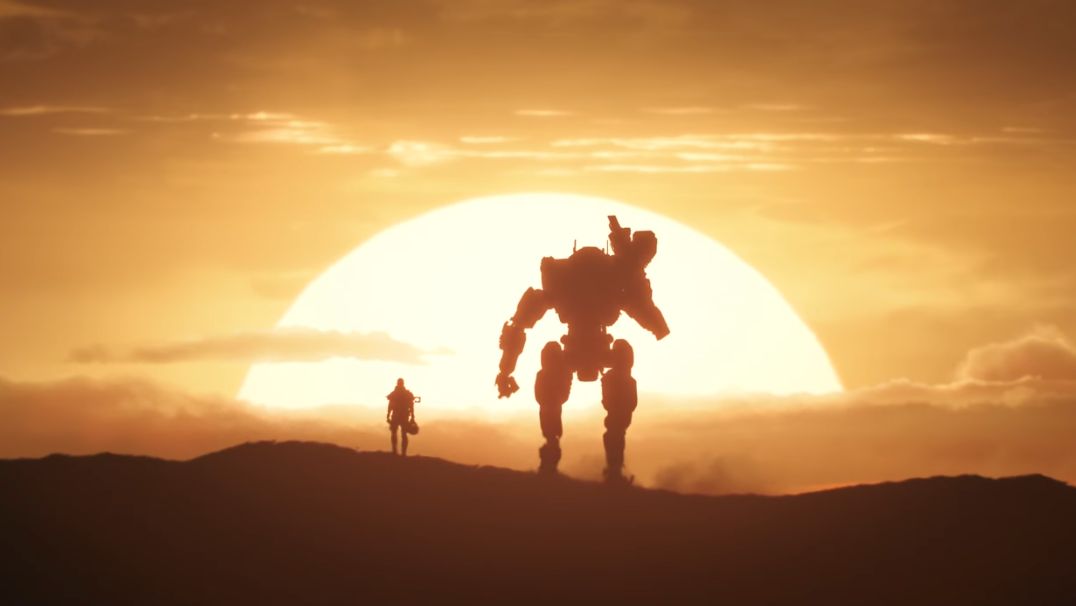 Nate: I’ve not played too many FPS games in the last few years, but I’m damned glad I decided to give Titanfall 2 a whirl, as it’s got a reputation as one of the most overlooked joys in the world of simulated fights, and it deserves every bit of it. It’s got a perfectly serviceable multiplayer mode which shares a fair amount in common with its battle royale cousin, Apelegs. But for me, the crown jewel is its single player campaign, and for eight quid, it’s more than worth the price for that alone.

Creative, pacy, and way better written that it needed to be, Titanfall 2 tells the story of a lad and a massive, lovable mech that he rides around in, called BT. Action is split between sections where you’re in BT, feeling like a god as you dish out artillery justice, and sections where you scamper around on foot to cleanse your palette for more gigabeasting. With some killer level concepts (like the one where you fight through a factory that makes cities, or the one where you jump between two realities) and some satisfying boss fights with nasty mercenaries in their own chugsuits, it’s a superb way to spend a day. 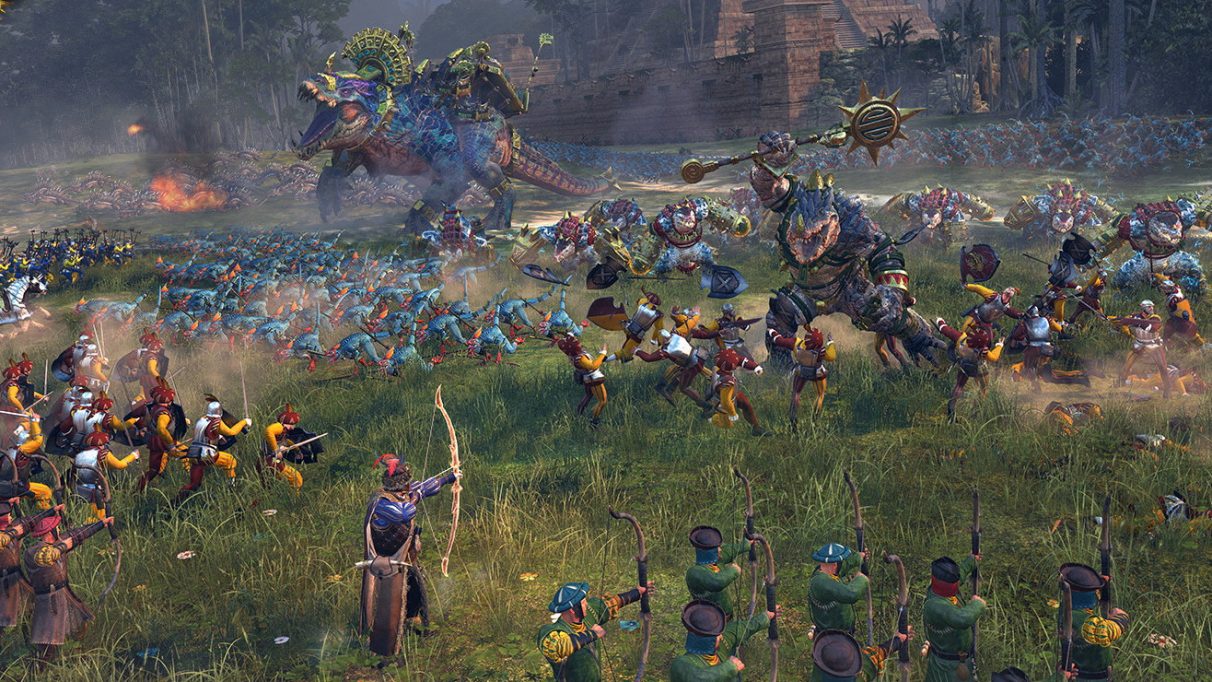 Nate: It’s Total War: Warhammer 2! For just over half the price of an actual box of 20 Warhammer goblins. That’s loads more goblins for your money. And you don’t have to paint them, either. You don’t even have to play as goblins, if you’re some sort of fool.

And sure - there’s still a load of DLC containing additional factions for TW:WH2, which isn’t included in the purchase price. And if you want to go truly mega and play the Mortal Empires mode that stitches the game’s campaign map onto that of Total War: Warhammer, you’ll need to buy the original game to do so - but given that, too, is on sale for a tenner, that’s pretty feasible.

And since my giant spider sense tells me it won’t be too long before TW:WH3 is out, which in turn will allow even more ridiculous map-stitching-together-ness, it makes sense to get these games in now so you’re ready when Ogre Time comes around. 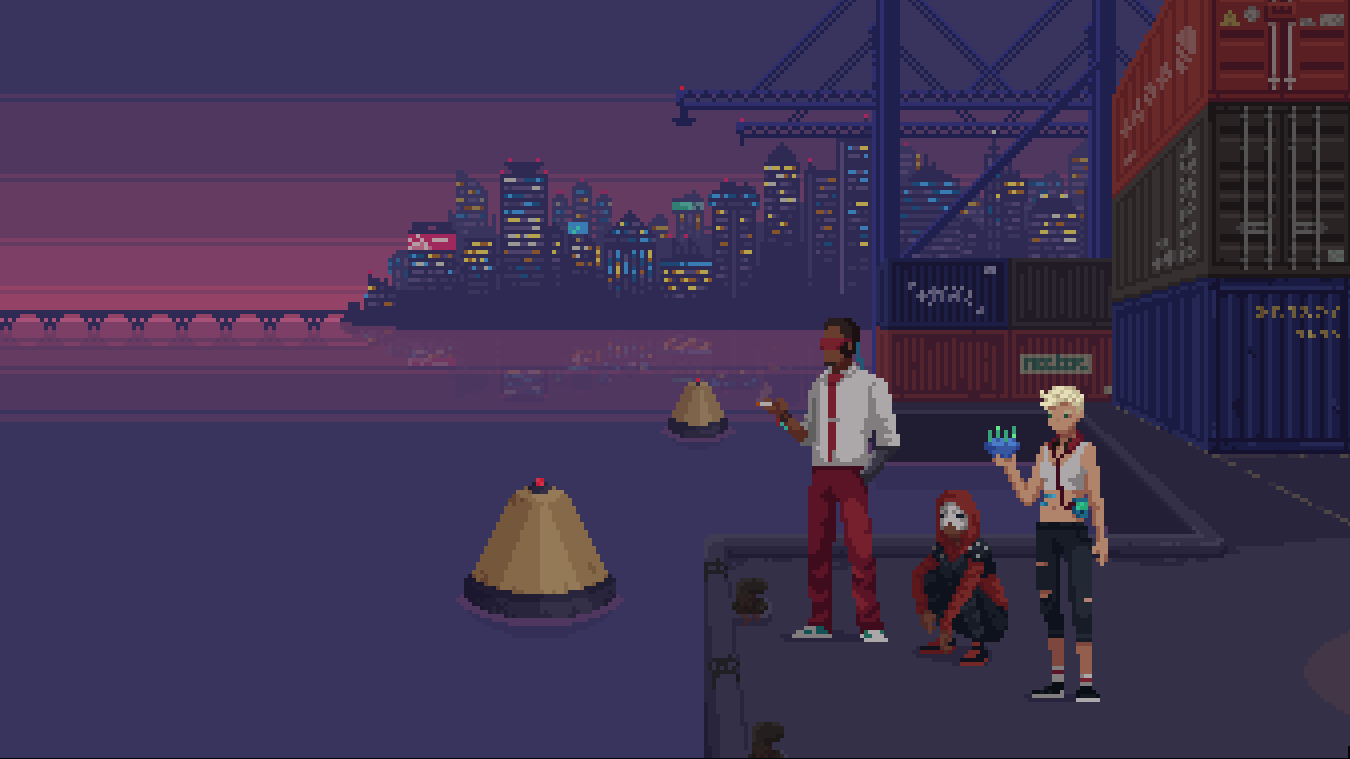 Matt: Another Steam sale, another opportunity to recommend The Red Strings Club. As most people who have met me will unfortunately relay, I am very much into philosophical chin-stroking - especially when the stroking revolves around transhumanism or morality. This is chock full of both, and even if that’s not your jam you’ll probably enjoy the neat conversational mini-games where you manipulate people by mixing the right words with the right mind-altering cocktail.

It’s all very clever, and thinking about it has made me want to play it through again. 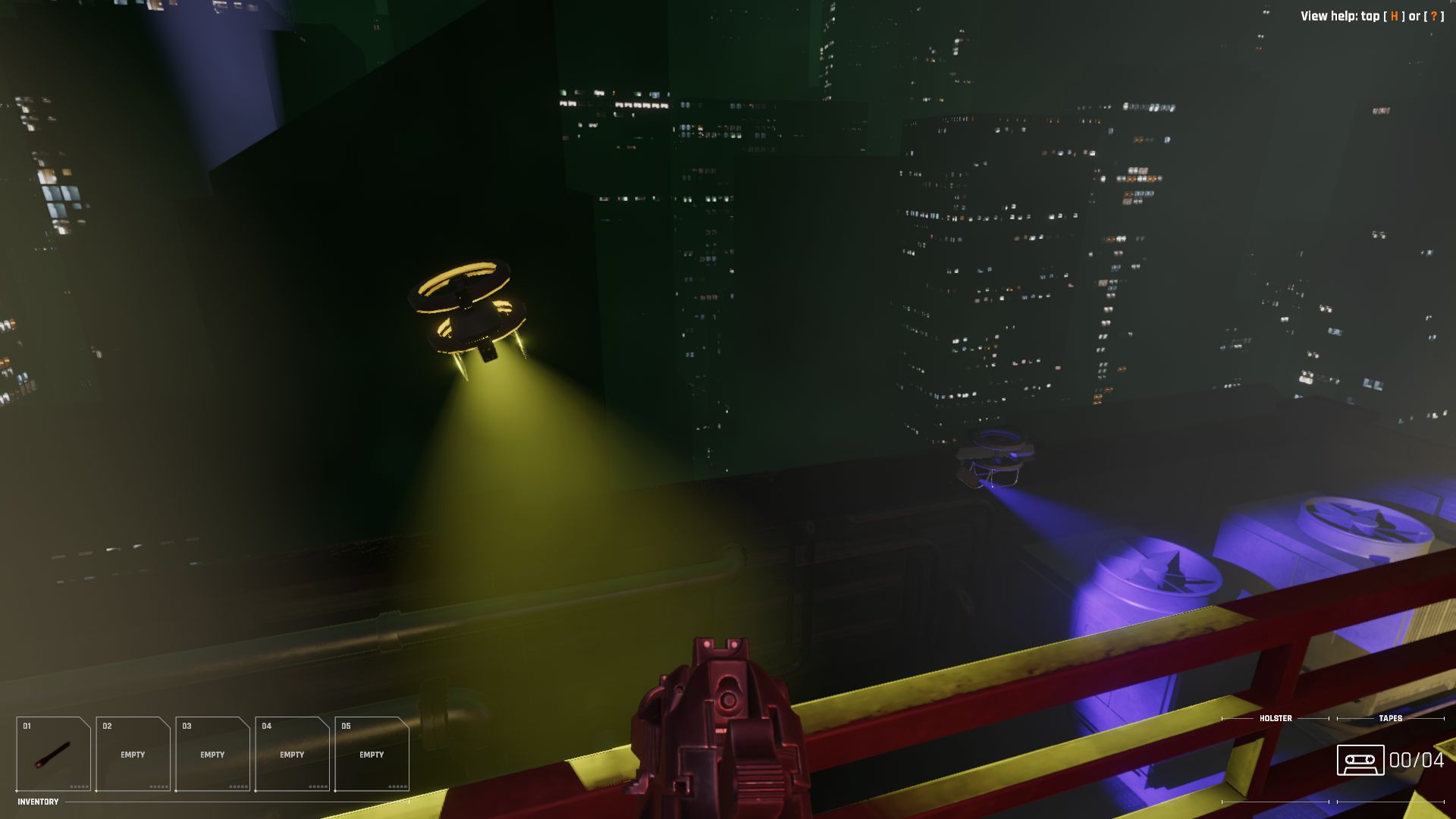 Matt: Receiver 2 is only 10% off, but it’s good enough that I don’t think you should care. It’s an FPS roguelike about skulking across dystopian rooftops, dealing with terrifying turrets that can kill you in a second.

More specifically, it’s about trying to do that with guns that require a separate button press for every imaginable interaction. Those guns break, too. You will scream and shout as your Colt M1911 gets another stovepipe, and wail when you accidentally shoot yourself because you forgot to put it away slowly.

Then you’ll start again, and beg yourself to be more careful.

There are, of course, loads more games worth shouting about in the Steam Summer Sale, so if you've got your own recommendations do honk about them in the comments below.