After a launch described as "disappointing" by owners Starbreeze, Overkill's The Walking Dead has a launched a cheaper 'Started Edition'. Costing £25 instead of £47, it contains all the content the cooperative zombie-busting FPS had at launch, but won't receive the "second season" of maps and things which started yesterday for Standard Edition owners. Instead, interested Starters will need to buy that piecemeal as DLC. The game sounds notgreat in general but four-player face-shooting can be a lark, so?

"Don't spend your waffle money on this game. It's far too janky and inconsistent to be worth even half of the current asking price. Buy yourself those nice waffles. You deserve them," Rock, Paper, Shotgun's Nic Reuben's Overkill's The Walking Dead review said.

"I do feel, however, that with a good few months of updates and tweaks, it could turn into a solidly entertaining time for you and a few friends, providing it's on a substantial sale."

So you probably would want the full Standard Edition anyway, which does include the nine episodes of DLC planned through to June 2019. Though I suppose the Starter Edition will be even cheaper in sales, deeper into 'worth a punt for a few nights of fun' territory.

As for that season of content, it started yesterday with a new mission to "stage a daring raid on a Georgetown church to rescue a potentially life-saving informant." Plans for the season include new misions, playable characters, and weapons. 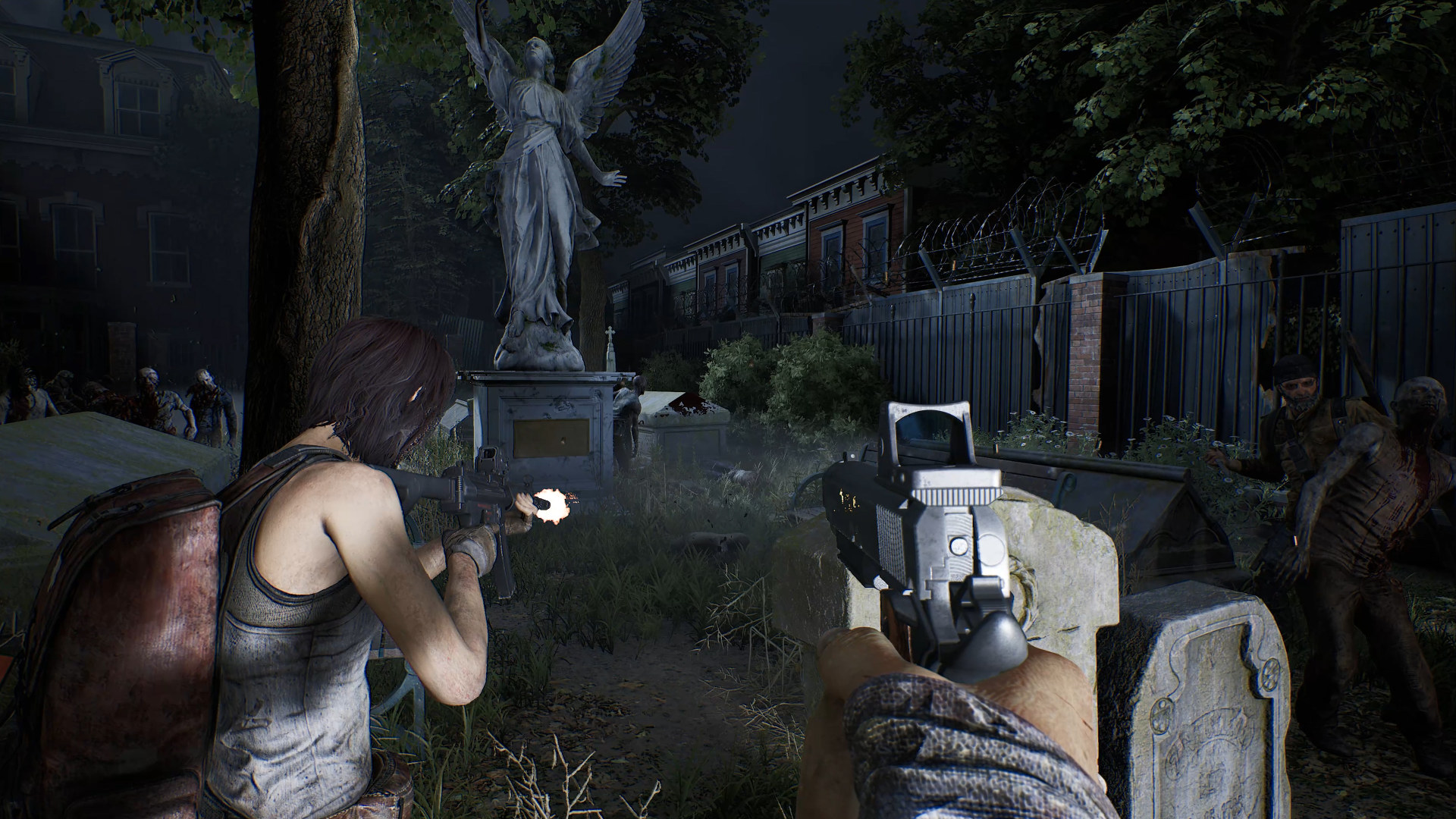 I'd guess the surprise launch of the Starter Edition is in response to it not selling well.

"Initial sales revenues from Overkill's The Walking Dead are lower than forecasted, primarily because the share of sales in low-price countries, such as China and Russia, is significantly higher than expected," Overkill owners Starbreeze said in a business announcement last week.

"This is disappointing, of course, but we have a base to work with in regards to the number of games sold," Starbreeze chairman Michael Hjorth added. "We have a pulse of concurrent players, which is essential to future performance within the framework of our Games as a Service concept."

The poor sales combined with a $10 million (£8m) license fee from the console version hitting their books late means that Starbreeze have "commenced a project to review operations and has initiated a program to reduce costs and sharpen focus on core business – internal and external development." They haven't announced layoffs but they are tightening their businessbelt.