If you click on a link and make a purchase we may receive a small commission. Read our editorial policy.
Overthinking Games runs every other Monday, and is an opportunity for Malindy Hetfeld to take something about a game and think about it too much. This week she looks at how Moonlighter makes the inventory really count.

Games have, by and large made us into an insatiable, entitled bunch. We’ve come to expect to be able to waltz into someone’s home and take the bread right off their plate, chests in the woods were left just for us, and all wolves take their purses when they leave their den. There’s a lot of stuff in games, and always more of it than we need, especially if we start hoarding it “just in case”. Even though game worlds have grown, it doesn’t seem to occur to us that this also means a steep rise in resources, and so we still treat a lot of our finds as priceless.

This is exactly the kind of feeling Moonlighter tries to counter. A procedurally generated dungeon means a plethora of a) monsters and b) stuff said monsters could carry, as well as c) random loot throughout. To stop you feeling as if you’re just collecting stuff for the sake of collecting it, the key aspect of Moonlighter is your shop. It’s where the name comes from -- you’re a shopkeeper moonlighting as an adventurer (or possibly an adventurer moonlighting as a shopkeeper). 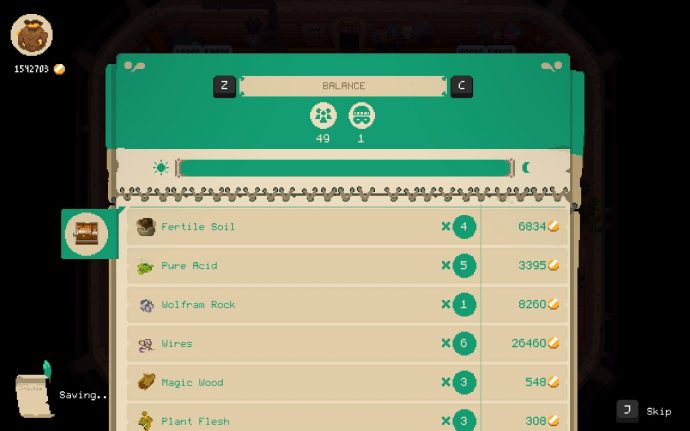 In many games, your inventory plays an important role, at least enough that you’ll spend a substantial amount of time going through it. After all, any game that allows you to pick items up has to give you the opportunity to look at them, equip them, organise them, upgrade them and so on, right?

Inventories have also bloated, not only due to the variety of uses for whatever you pick up, but of the items themselves. You’ll grab stuff, almost against your will, and add another stick to your pile of sticks. You may not know why you’re taking it yet, but at least it vanishes in the recesses of your bag without complaint. The general rule is that inventories should aid their players, not pose more questions. 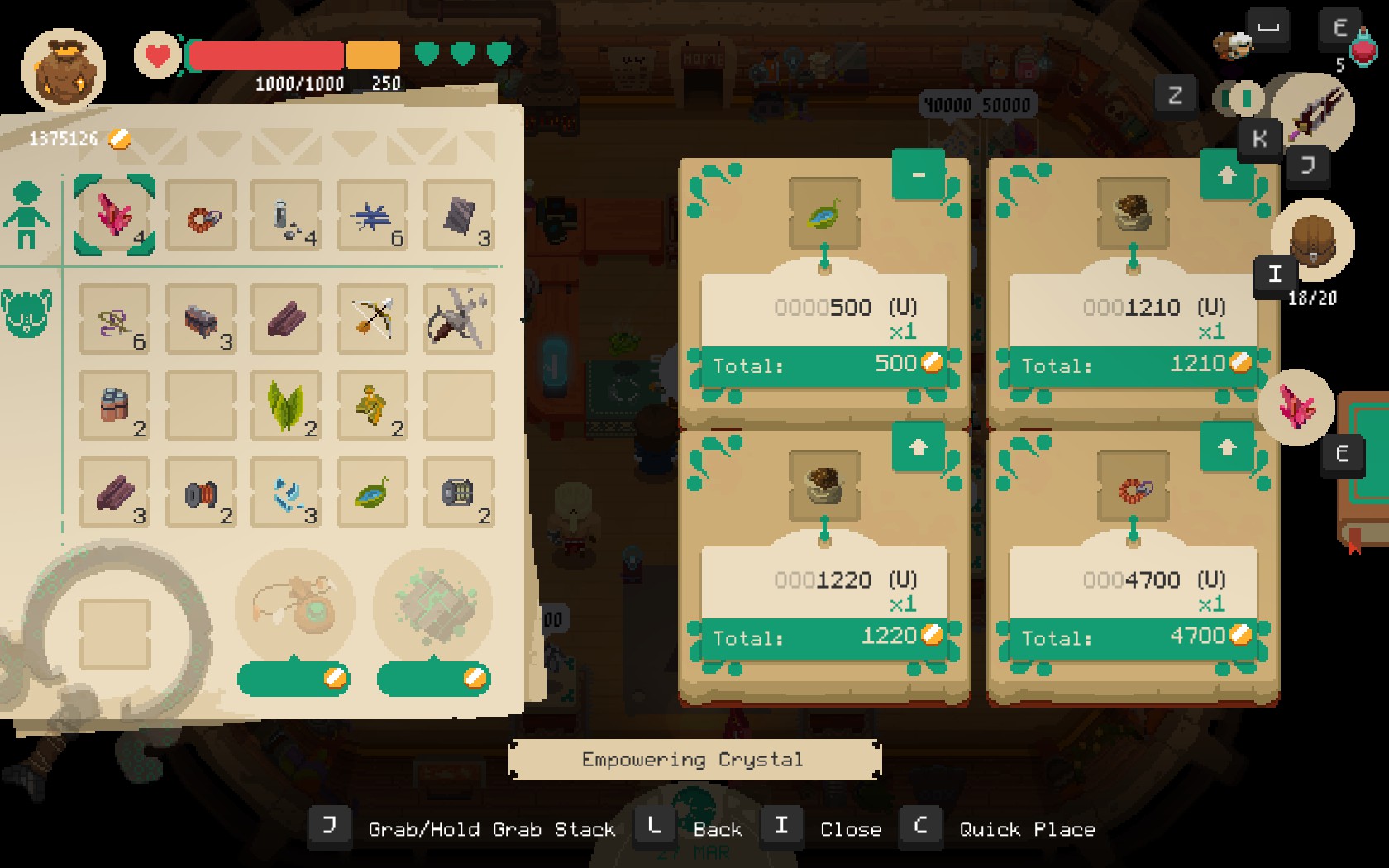 Moonlighter has roguelike elements, and roguelikes tend to be stricter with inventories by nature. Carrying a stack of 99 health potions into a dungeon would make it less of a crawl and more of a leisurely walk, after all. Moonlighter's Isaac-like dungeons seem to promise snappy exploration and a combat-focused experience, so you might think that it would get bogged down for placing a lot of importance on its inventory. Instead, both halves of the game make the other matter more.

Leave a dungeon alive and you can sell anything you bring back in your shop, your proceeds then feeding back into your town’s economy with the armour and weapons you purchase in turn. The smartest bit about this is how the stuff you haul back actually loses worth over time: the market becomes saturated with sticks and algae, and you have to venture further into the dungeon, and take on bigger foes, to make any money at all. Due to the restrained size of your backpack, it’s likely that you’ll have to decide what to take and what to leave behind, especially tricky when you come across something new which has yet to be valued. For possibly the first time in your life you have to think: is my big pile of sticks actually worth it? Customers can also request certain items, which turns looting dungeons into more of a pursuit than a random hoovering up of items. 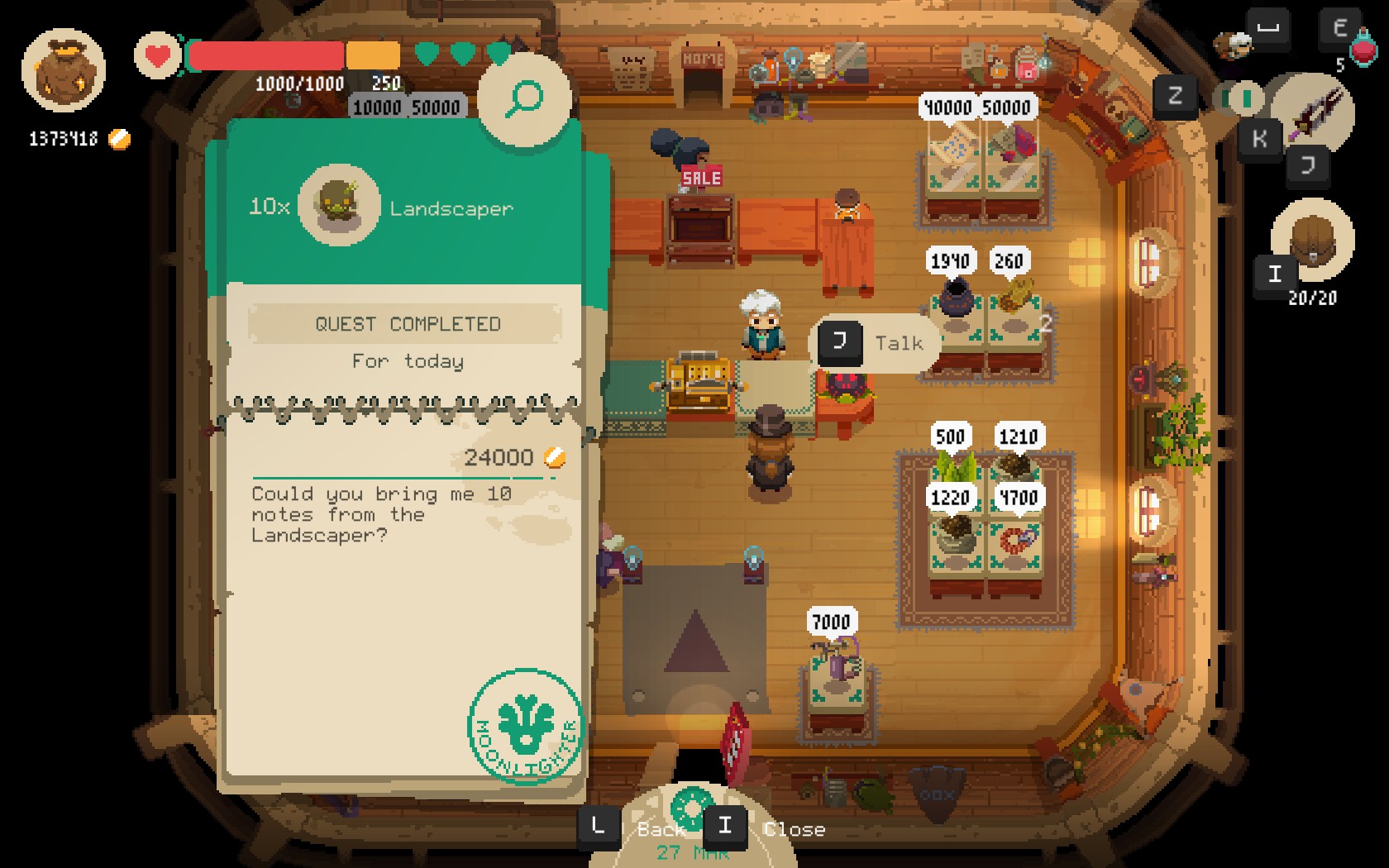 As a game that makes its inventory so important, Moonlighter also makes organisation an act of play. Resident Evil 4 is an infamous attempt at more realistic management of your inventory space. Its inventory is still grid-based, but items come in different sizes and need to be arranged so they fit together in the most efficient way. Great in theory; frustrating in practice. What Moonlighter does with the grid is similar, yet simpler. Some items can only be arranged in specific parts of the grid, while others destroy whatever’s adjacent to them. Some won’t stack because you don’t even know what they are yet, and even once you’ve taken the time to pop them under your magic magnifying glass you can’t make huge stacks of things. It’s a realistic-ish system -- it tells you that some things might break if you put them all the way down your bag, but you’re made aware of your limits without an outdated system of encumberment.

It’s a system that suits items that have a purpose beyond being consumed; I don’t mind the large Minecraft inventory, for example, as it holds the key to making new things. Similarly, in point and click adventures like Monkey Island, even the most unlikely tidbit was essential (and always made fun of inventories by having Guybrush slide wooden poles down his trouser leg and stuffing giant cheese wheels… somewhere). 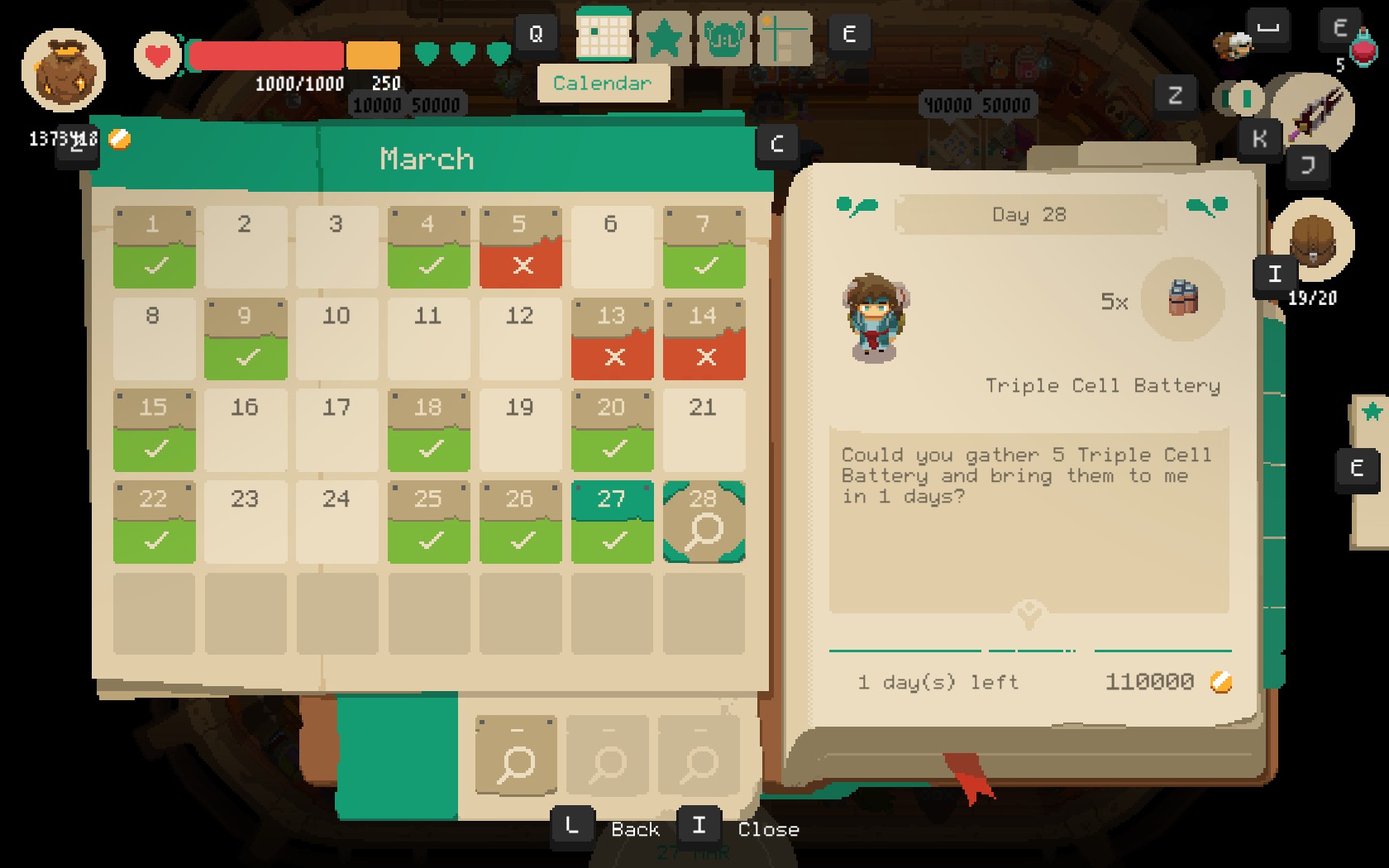 But just looking down an endless rabbit hole of bottle caps and potions is no fun, so while we can have minor variations in the firmly established inventory system, Moonlighter shows it’s the relationship with items that games actually have to tackle. Lots of games make you care just enough about items to prompt you to stuff them all in your pockets; Moonlighter makes you care enough to pack them carefully, and eventually to leave them behind entirely.