The latest Overwatch event, Storm Rising, takes our shooty-bang cast to Havana, Cuba, and the full escort map is available to noodle around in on the test servers before its launch in a couple of weeks. Like all of the game’s locations, it uses shortcuts to communicate place within the necessary constraints. There’s a rum distillery, of course, and a large sea fort presumably based on the Morro Castle. And then there are the cars.

Cuba is famously filled with 50s motors, but Overwatch’s cars are all futuristic, floating along without wheels. On most maps, they look basically the same as cars you would see today, other than their hovering capabilities, but in Havana they retain the aesthetic that you might expect. Except that doesn’t make a lot of sense.

Cuba has so many old cars because of a complicated tangle of factors: the trade embargo from the United States, previous support from the USSR, low rates of personal motor ownership, the simple difficulty of importing new vehicles due to geography, and so on.

None of this tracks in a game set 60 years in the future, especially considering that the country has either created or imported the same flying car technology as the rest of the world. We could try to puzzle out why they would then choose to build cars that look that way, but Thermian arguments aside it cuts through to one of Overwatch’s major problems as a game that claims to reflect the diversity of the world. In short, the perceived aesthetic of a place is more important than its actual context. 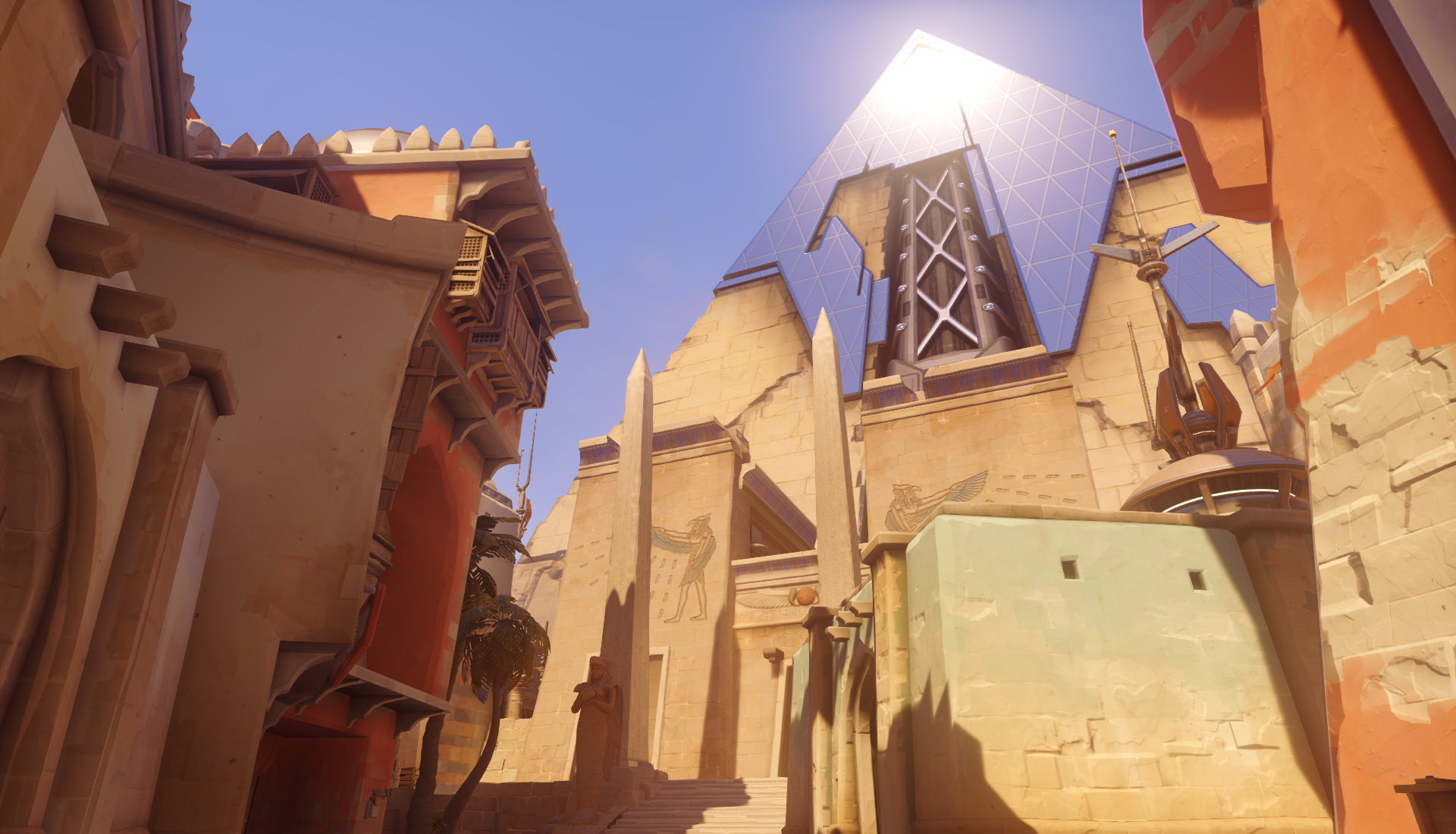 This is something that critics have pointed out before, for example as Amr Al-Aaser writes about Egyptian-based Temple of Anubis. Egypt is hardly a place where everything is the pyramids of old, but that’s what Overwatch draws on, because it prioritises looking cool above all else.

To stay on the same (badly abstracted) continent for a moment, it’s always Numbani that’s bothered me, a fake African city that doesn’t even seem to belong to a specific country. On the Wiki, it’s only placed vaguely “somewhere near Nigeria.” Where every map name displays a flag next to it, Numbani’s is made up, the only one except for Horizon Lunar Colony and Eco Point: Antarctica, as though an African country with a nice city in it is as impossible or futuristic as a moon base.

And then there’s the famous Dorado mix up, where developers Googled “colourful Mexican town” and ended up creating a map based on Italy by accident, simply because it looked “awesome.”

Recently, it did seem as if Blizzard were putting more thoughtful reflection into their locations. Oasis, a fictional university town in Iraq, is specifically designed to be “a better future” for the country. Busan, a seaside city in South Korea, includes both an old temple and a bustling downtown. Sound designers travelled there to get as much authenticity as possible within their interpretation.

But Havana is a step backwards. “Begin your trip at the Taller de Sebastián, where the classic cars that line Havana’s bustling streets stop for refuelling and repair,” say Blizzard’s patch notes about the new map. But they’re not classic cars. They’re shaped like them, but by adding futuristic flying technology Blizzard repeats their habit of stripping the important cultural and socio-political context of a region in order to mine its aesthetic.