I love team-based competitive multiplayer games, but I hate that so many people who play them behave awfully. If you make a visible mistake in a game of Dota 2 and aren't playing with a full suite of friends, I can guarantee that someone will be obnoxious about it. Before last week, I could have said the same about Overwatch, but Blizzard have swooped in with a solution that (for now at least) has (sort of) tamed the tide of assholery.

It turns out the secret is to track politeness with a number, then display that number in the most prominent position you possibly can.

Here's how it works. At the end of a match, you get to give up to three endorsements from three different categories. You can praise someone for showing Sportsmanship, being a Good Teammate or being a Good Shotcaller. Those endorsments feed into a player's endorsement level, which appears at the top right of their profile. It gets displayed when loading into games, and in the post-match roundup. If you get disciplined for bad behaviour, your endorsements go kaput. 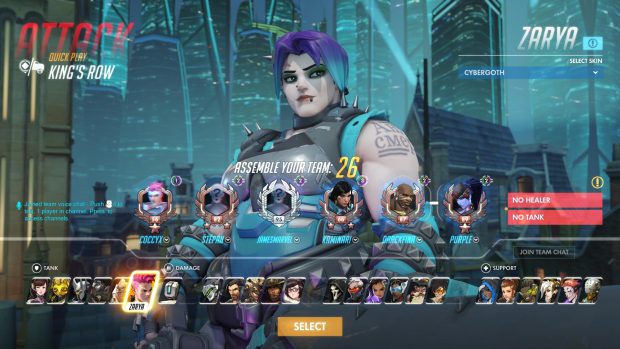 Everything I say here comes with the caveat that these are early days, and this could well be a weird blip. I also can't speak for the experiences of others - I don't know what impact it's had on the imbeciles who make many women not want to use their mics. But:

Overnight, Overwatch managed to drain the swamp of toxicity that's flooded its servers for years. I drift in and out of playing regularly, but the new endorsement system landed while my Overwatch habit was waxing rather than waning, so I got to witness the transformation first hand. 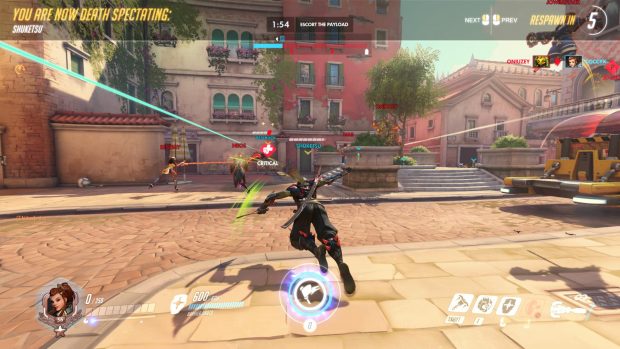 Before I go on, I should mention that picture is a little muddied by the way I've spent much of my time with the other new social feature Blizzard added alongside endorsements. 'Looking for Group' is another a neat idea I hope Valve have got their eyes on, which lets you group up with strangers before you head into a game. I think just being in a group does something to people's psychology, making them more likely to treat their teamates as part of their 'In' crowd rather than as outsiders - though the self-selecting nature of the feature makes it tricky to tell how much comes down to that, and how much it's just that people who want to rage don't bother using it.

This could fill an article by itself, but when I wrote that last paragraph I was thinking about a book I've been dipping in and out of for almost a year. It's called Behave: The Biology of Humans at Our Best and Worst, and offers up all sorts of explanations for why people do what they do. The book itself is a bit of a slog, but Robert M. Sapolsky sums up a lot of his key arguments in this interview. He argues that our biology (under certain contexts, always under certain contexts) primes us towards acts of 'displacement aggression', and that studies show we divide people into insiders and outsiders before we've made any conscious judgements about them. 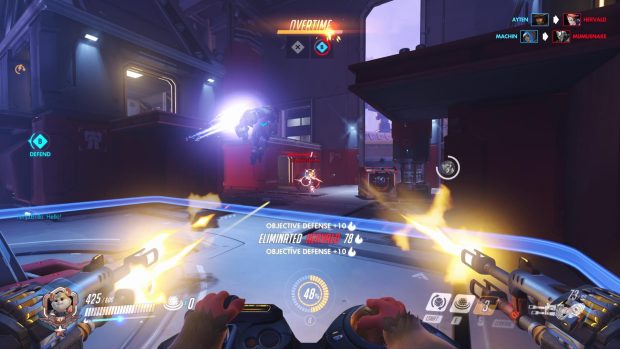 I've been queuing without bothering to group up too though, and since the endorsement system was added I've only been insulted once. Even that was a relatively innocuous 'noob Hammond' dropped at the end of a match, with the sting taken out of it because OF COURSE I WAS A NOOB HAMMOND. He'd only been on the PTR server for a day.

Some context: I tend to push my luck beyond sensible limits, both in life and in games. That means I miss a fair few trains, but occasionally pull off some fantastically satisfying multikills.

Being unexpectedly aggressive can be devastating. It can also be embarrassingly ineffective, and sets me up as a prime target for insult hurling. I also play a lot of Genji, and lord do people love to rag on Genji. I'd come to expect some jibes in every single match, and it was often a factor in choosing Quick Play over Competitive where abuse is yet more rampant. The question that would run through my mind wasn't whether someone would berate my misplays, but when. 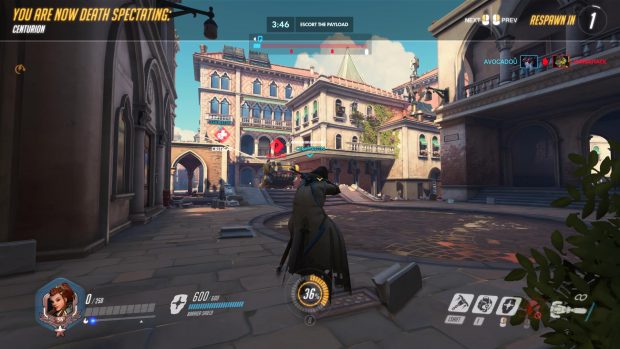 Why has the system had such a dramatic effect? I've got two explanations. One is that people actually care about the 'periodic rewards' that Blizzard have promised to everyone who maintains a high endorsement level, and their desire to put other people down is outweighed by their desire to acquire cosmetic guff. The other explanation is the same, except it's status that they really care about.

That reason seems more likely. Your endorsement level appears right next to the stars people are used to caring about - the ones that track how long they've played for. It's no accident that your endorsement level is also represented in a similar way to the chevrons that accompany those stars, which have long been entrenched as status symbols. The swankiness of your portrait can now be increased by racking up both playtime and endorsements.

It both depresses and excites me that this is the most effective way I've seen a game tackle player toxicity. To be clear, I think the change is fantastic. Launching into quick play with the knowledge that abuse will be an exception rather than the norm is liberating, and a far superior state of affairs. 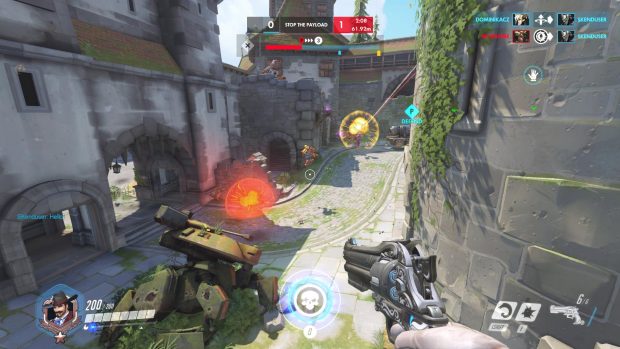 There is, however, a cost. Before endorsements, those rare moments when someone would actually pay someone else a compliment were wonderful. The praise, the GGs, the GLHFs - they were genuine. People said those things for no other reason but to make themselves and others feel good.

Now, those utterances are tainted. The GGs pour in and the chat buckles under the weight of 'nice job teams', but it's impossible to know if anyone's being sincere. I'm on the hunt for obsequiousness, and see it where there might be none. 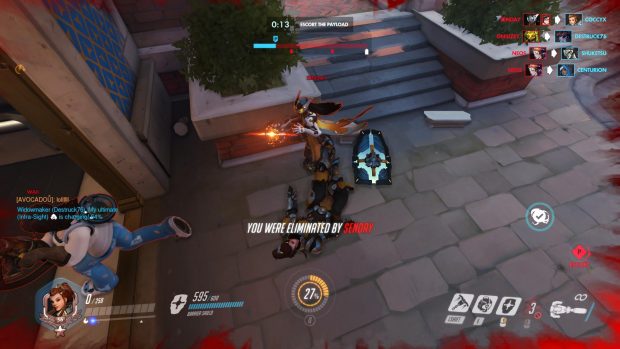 It's made me self-conscious about my own behaviour, too. I'm using my mic more, but can't help but worry that the jovial way I interact with online strangers now comes across as more pathetic than pally. I make a point of praising impressive plays when I see them, but now I know that at least some people will suspect me of pandering. I know I would.

And yet, both of the new social features have made queuing by myself a far more pleasant experience. The only difference between someone who's genuinely nice and someone who's just pretending is their motivation. Without being privy to that, does it actually matter?

It does to me. The situation reminds me of a thought experiment that asks you to choose between a happy life with a cheating partner whose loyalty you never doubt, or a relationship that's miserable at times but nonetheless honest. I'd be tempted by the first option, but as with many thought experiments its hypotehtical bubble can be burst by the prick of reality. There'd be suspicion, and the suspicion would ruin everything.

When I'm thinking about interacting with strangers in Overwatch rather than an imaginary wife though, suspicion tempers the value of those interactions rather than eliminating it. I care more about not being harassed than receiving sincere compliments.

It's a shame that positivity comes with a price, but it's one that's well worth paying.