The makers of Playerunknown’s Battlegrounds are suing a mobile game developer for copyright infringement, targeting two games with a plane load of similarities. Rules of Survival and Knives Out were both released in November last year by Chinese developer NetEase and contain features that the Plunkbatters claim “constitute copyrightable subject matter”. PUBG Corp list several of these features in their lawsuit, including the shrinking play area, a frying pan, and the playground phrase “winner winner, chicken dinner”.

The lawsuit, as spotted by Ars Technica, contains a long and detailed rundown of all the elements that make up Playerunknown’s Battlegrounds. But it includes the air jump, parachuting into the play area, the map of Erangel, reviving fallen team mates, the “boost” meter, and players’ ability to run around like an eejit in the pre-game lobby, among other features. According to the lawsuit, filed in the Northern District of California, “The total look and feel of Battlegrounds constitutes copyrightable subject matter.”

Among the claims of copying, the most notable is PUBG’s assertion that their frying pan has been nicked. 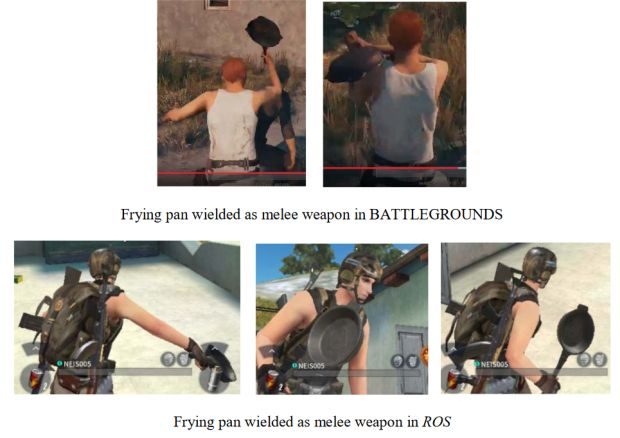 “One very beloved aspect of creative expression in Battlegrounds is the game’s iconic frying pan," reads the claim. "Previous shooter games did not include the use of a frying pan... the imaginative treatment of a frying pan as a melee weapon is made even more remarkable by its further treatment as armor against shots to the butt of a character.”

And on the subject of poultry-based foods, that phrase itself is also used in the defendant’s mobile game. When you win a game of the 120-person Rules of Survival on mobile, you are awarded the phrase “Winner winner, chicken dinner”. There are also allusions to it in NetEase’s advertisements for both Rules of Survival and Knives Out.

“The juxtaposition of this lighthearted expression of victory with the survival narrative of the game adds elements of surprise and humor to the work, and the artistic inclusion of this emphatic expression has become particularly beloved by the gaming community… it has become nearly synonymous with Battlegrounds to players.” 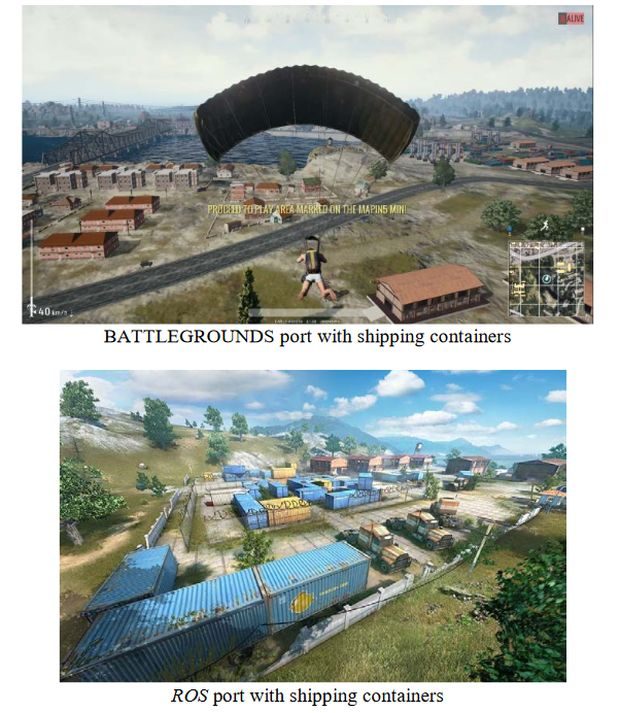 Among the other things they claim Rules of Survival copies are the locations. A rural aqueduct, a farm with haystacks, a dockyard with shipping containers, and a shooting range are all used as examples of Plunkbat locales that have been reproduced in the mobile game. The lawsuit also points out similarities in the layout of buildings around the map, and argues that the same types of weapons and equipment are used, for instance Thompson guns, the ghillie suit, and different armours that range from “level 1” to “level 3” protection.

PUBG Corp also says that Rules of Survival has copied their energy drink. Which, um.

Putting aside the fact they don’t even use this energy drink anymore this image demonstrates the lengths PUBG Corp are willing to go to assert their claims. They have previously growled at Fortnite developer Epic Games for starting a popular battle royale mode. But now it seems they’re willing to take real legal action against a more straightforward target.

The list of comparisons goes on. Rules of Survival also has “bombardment zones” and a shrinking area of play, and the lawsuit document demonstrates this with images of how each game’s map looks when these areas are highlighted. All these comparisons run alongside features that are perhaps less convincingly original. The full list of features that PUBG Corp claims to contribute to the copyrightable “look and feel” of their battle royale game includes things like clothing, armour, character movement, “sounds and noise”, and reviving your fallen team mates. These are all “copyrightable in combination with other elements of Battlegrounds,” according to the suit. 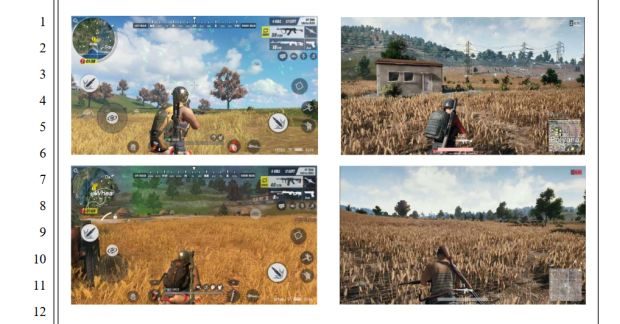 Many of the same complaints are repeated for the other NetEase game, Knives Out, which follows the same battle royale formula.

PUBG Corp has tried to get the developers of these games to stop selling in January this year, they say, by directly getting in touch with them and sending legal warnings. They “sought removal of Rules of Survival and Knives Out from the Apple App Store” and made a complaint to Apple but the accused developer simply said they were doing nothing wrong.

“A representative of NetEase Games responded to Apple and PUBG Corporation, denying that Rules of Survival and Knives Out infringe PUBG Corporation’s rights. The parties exchanged emails but made no progress toward resolving the dispute.” 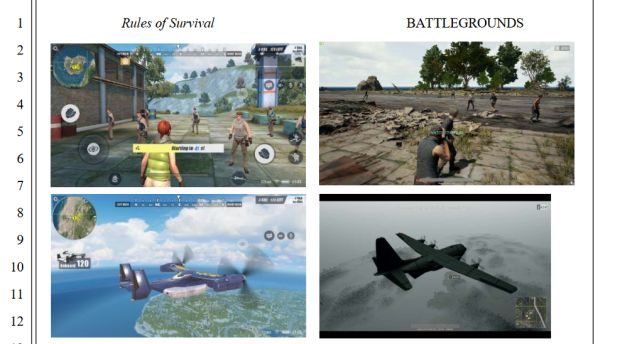 The selling of these two mobile games has been particularly bad for Playerunknown’s Battlegrounds, say the lawyers, because the developer had been planning to release their own mobile version. PUBG Mobile has since been released but its creators are arguing that the presence of NetEase's games on the App Store created confusion among players, essentially tricking unaware phone users into buying what they thought was an official PUBG port.

“This act was intended to injure PUBG and has injured PUBG by unfairly using PUBG’s own development efforts and consumer goodwill to capture mobile gaming market share before PUBG launched its own mobile version of Battlegrounds.”

As a result of the failed takedown notices, they’re now suing outright, asking for damages and requesting that the court orders NetEase to remove both games from any store and “cease developing and supporting these games”. PUBG Corp are requesting a trial by jury.

Meanwhile, the world of legal documents within the game industry continues to be a strange place. Here, for example, the lawyers keep linking to parody skits like this one to prove their point that the aforementioned mechanics and features are inseparable from PUBG and have become so widely known as “theirs” that another developer mimicking them constitutes a breach of copyright. There's also a meme provided.

Anyway, there’s the deal. Another case of cloners gonna clone, and a large corporate entity puffing its chest out and overstating its ownership of various game mechanics. The assertion that a playground phrase has become so synonymous with their game that it warrants copyright protection seems particularly cheeky. But I'm not a lawyer. I've never even won a chicken dinner, on-brand or off.