Yesterday Nate observed that he is increasingly becoming a single issue voter and that single issue is "beasts". This week, therefore, the podcast is about the best dinosaur games. There is, of course, some haggling over what constitutes a dinosaur (does it include all birds and some robots?).

Expect a lot of discussion of various incarnations of Jurassic Park, as you might expect. There is also a long tangent at the start about toilets because Matthew signed in to the recording as 'Toilet Lawyer', which is probably less expected, and a pretty credible impression of the Queen from Nate. Nate also recommends a bunch of early access or indie games that will be of interest to dinofans, although one of them is "I can't remember what it's called." 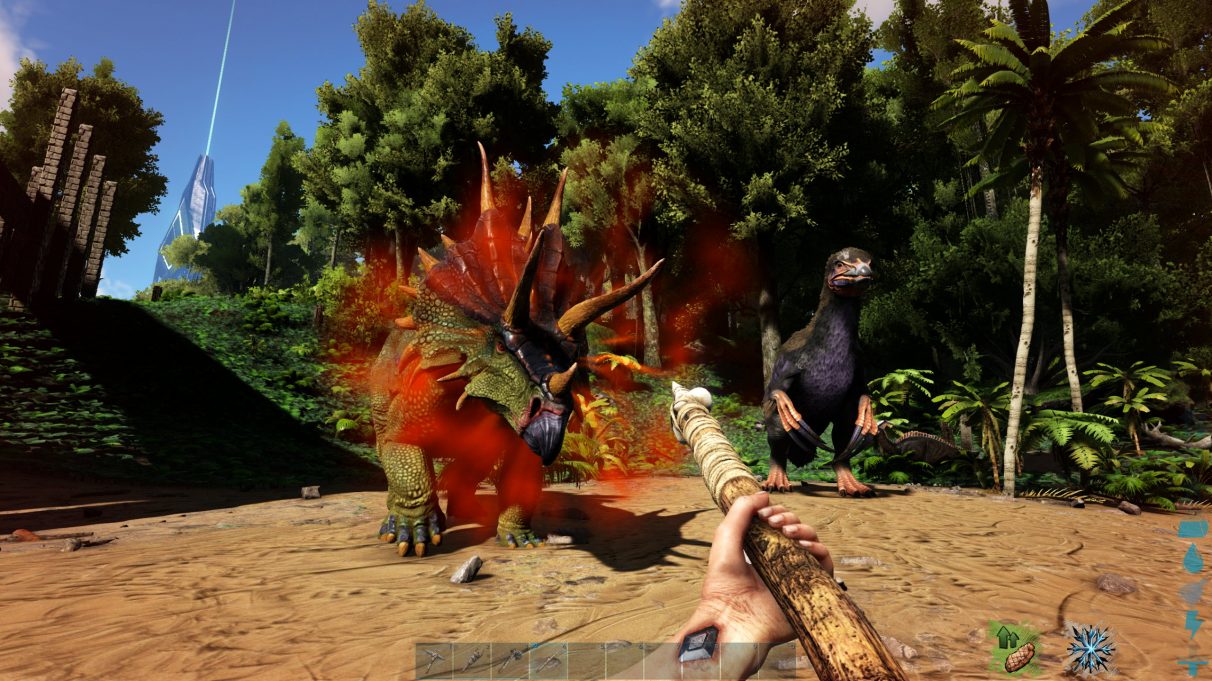 Music is by Jack de Quidt who would 100% survive in an escaped-dinosaurs-at-a-theme-park crisis.

We've got merch, we know how to use it.

Links
Jurassic World Evolution came out a couple of years ago now, so I don't have loads of #fresh #content for it for you, but here's a review! I myself have not played it but it must be pretty good because it's on our best building games list. Also, here is cool video that Matthew did of T-Rexes (rexii?) doing awesome stuff that makes me want to play it:

None of us were that into Turok, but I am very intrigued by the cute Nu-Turok game that came out last year...

We discussed whether or not the majestic robot monsters in Horizon Zero Dawn count as dinosaurs. Matthew and I think yes, but Nate says technically no, which is a surprise because he is the HZD boy and loved it at review. Incidentally, we may get some games later on PC, but we get 'em better. Mostly, anyway.

Other games mentioned include Dino Crisis, The Isle and Second Extinction.

Recommendations this week are a mixture. I recommend learning about the hilarious yet grim omegaverse lawsuit via 1) Lindsay Ellis's recent video essay and 2) the ALAB Podcast episode on it (very NSFW and content warning for 'dubcon' which apparently stands for 'dubious consent'). Nate finally gets around to recommending water for your RPS fish tank, as well as the music of Magic Sword. Matthew recommends Dark Pines, a murder mystery by Will Dean.