Sure, Kojima's experimental horror hallway was creepy when it first graced our screens in 2014, but PT looks even creepier if you push it further into the past. Developer Ryan Trawick, who's made some other odd things wot we've liked, has recreated the spooky groundhog day in the antique application HyperCard. It looks quite moody in old black and white.

Ye olde HyperCard is an early Macintosh development kit that let developers link things together with revolutionary hyperlinks. You might have fond memories of at least one HyperCard game. Myst was built as a stack back in its day. It may not exactly be high fashion where game engines are concerned, but folks are still using it to make neat things. Trawick has recreated the "playable teaser" for a canned Silent Hill game that we all know as PT.

HyperPT may lack some of the atmosphere of the original PT wot with not being quite as technically advanced. The bright black and white isn't exactly a jump scare factory, especially for anyone who's played through PT before. 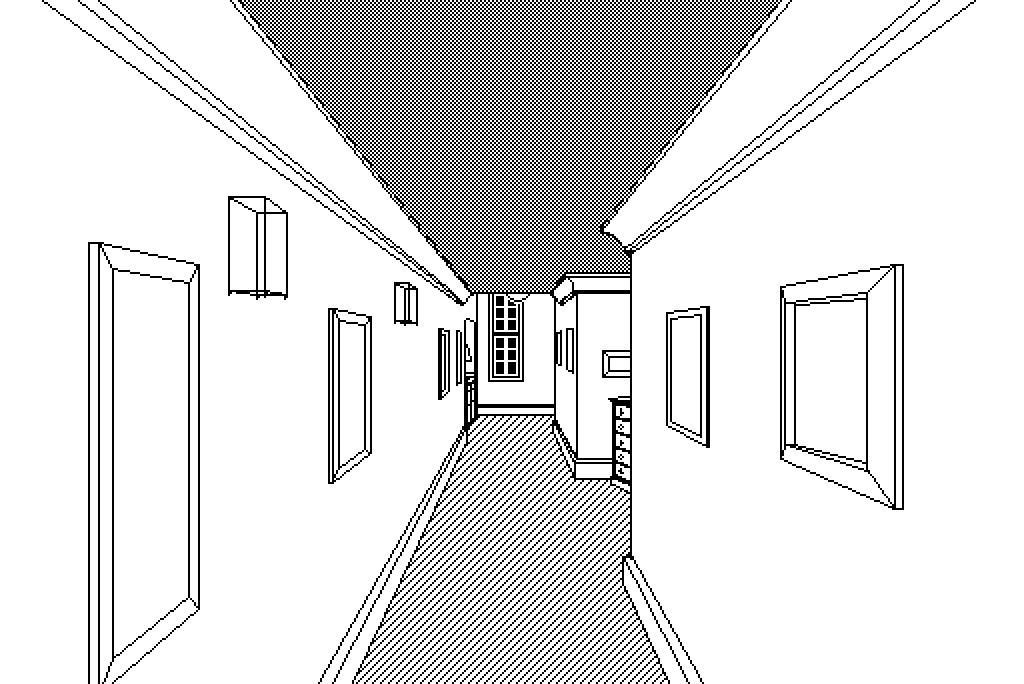 Still, HyperPT has a different kind of creep factor. It reminds me of the bad old days being a kid alone on the computer and not fully comprehending its powers. Any mouse click could be a mistake. Every horrible sputtering hard-drive noise a possible warning. Computers were like unknowable aliens to me then and HyperPT's vibe takes me back. Ah, sweet childhood, aye?

As for how faithfully it's been transposed, Trawick says "some stuff is stripped back, some stuff is added; you'll just have to play to find out."

This old twist on PT was created as part of HyperJam. There are some other neat items also created with HyperCard during the game jam earlier this month. By the by, PT's spawned some other fan works including the silly QT.

You can find HyperPT over on Itch priced at pay-what-you-want.