"Daddy, why are you cross?"

"Because, my little one, someone's just added some lovely-looking raytraced lighting to seminal 90s first-person shooter Quake II, but I am unable to experience it myself because I don't own an RTX-series graphics card. Now repeat what I just said back to me flawlessly, or you're sleeping in the shed again tonight."

Until now, I'd been happy to sit out the latest generation of graphics cards, as my GTX 1080 does everything I need it to, so long as I'm not pretending that playing games at anything under 120 frames per second is some kind of ocular torture. Give it a couple of years and maybe there'll be raytracing - that more naturalistic type of in-game light-rendering - in a bunch of games I want to play, rather than just a handful I might while waiting for Cash In The Attic to come on. 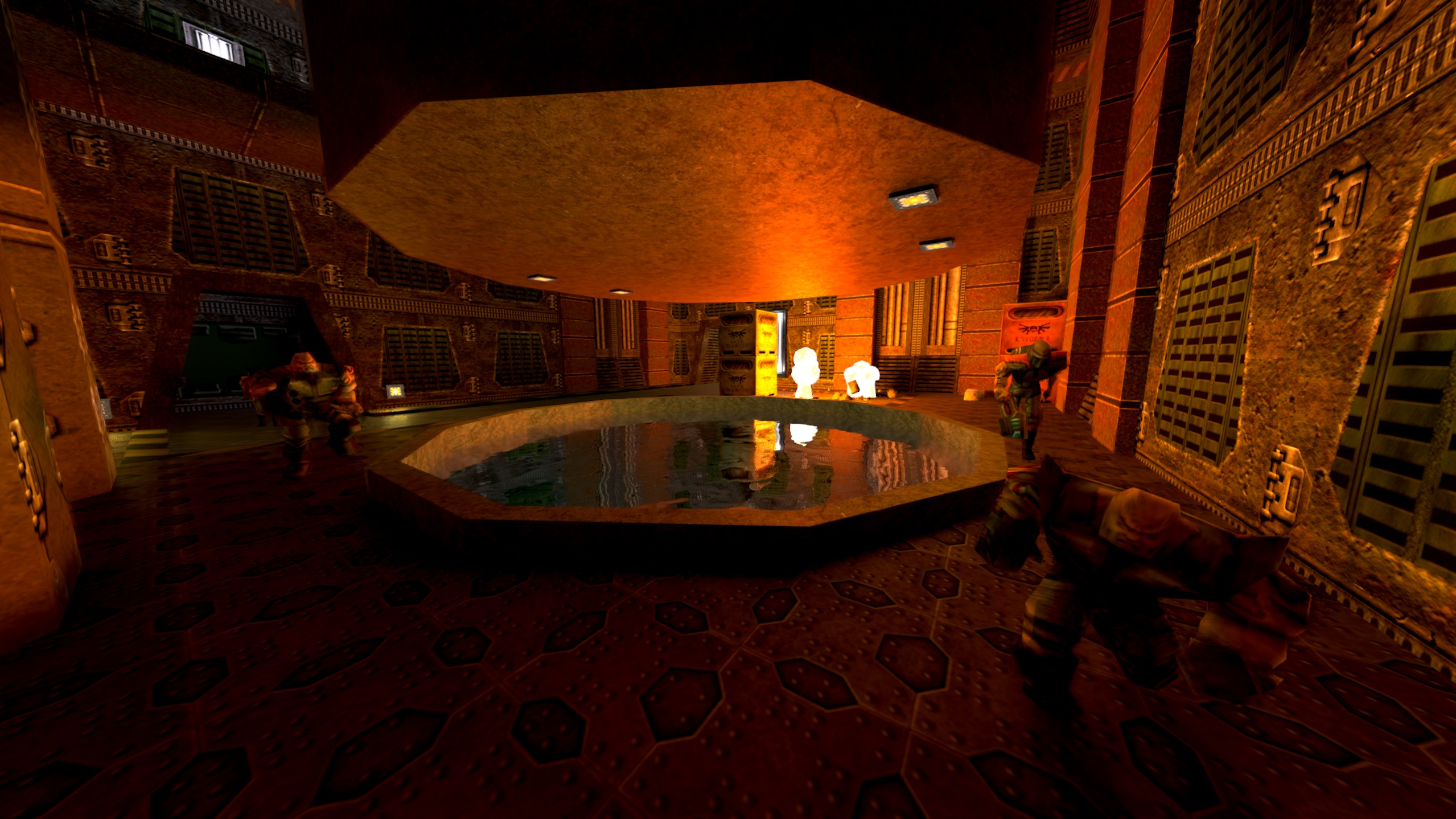 Fancy Quake II, though? Can't resist. I confess, I tried to run Christoph Schied's proof-of-concept path-traced version of the olden id landmark, despite knowing full well that it wouldn't work on my card. Hence some inappropriate table-thumping in front of my five year old when it told me it couldn't find a supported card. So for now, all I can do is gaze longingly at these videos:

What I like about this is that, unlike a lot of Quake II But Fancy! mods, the change is one of atmosphere rather than swapping out character models and textures for hyper-detailed ones. Light and shade, explosions changing the whole tone of the room rather than just a corner of it, all these different gradations of shadow, lights that cast light like lights do.

Sure, the way they've set Q2 up there is far too smooth-edged and filtered for my tastes, but I reckon I could find a happy medium. I look forwards to doing so when I buy a new graphics card in 2021. SADFACE.

To be specific, this uses pathtracing rather than raytracing - similar, but in theory with even better effects at the cost of even more computational power. Claims Schied (a PHD student at Germany's Karlsruhe Institute of Technology), he's gotten around this thanks to "an adaptive image filtering technique that efficiently removes the noise. The filter intelligently tracks changes in the scene illumination to re-use as much information as possible from previous computations."

When he talks about noise, he means avoiding dotty weirdness like this, which has been the traditional result of using a shedload of rays to create in-game light - as has previously been attempted with Q2, with rather mixed blessings in consequence. 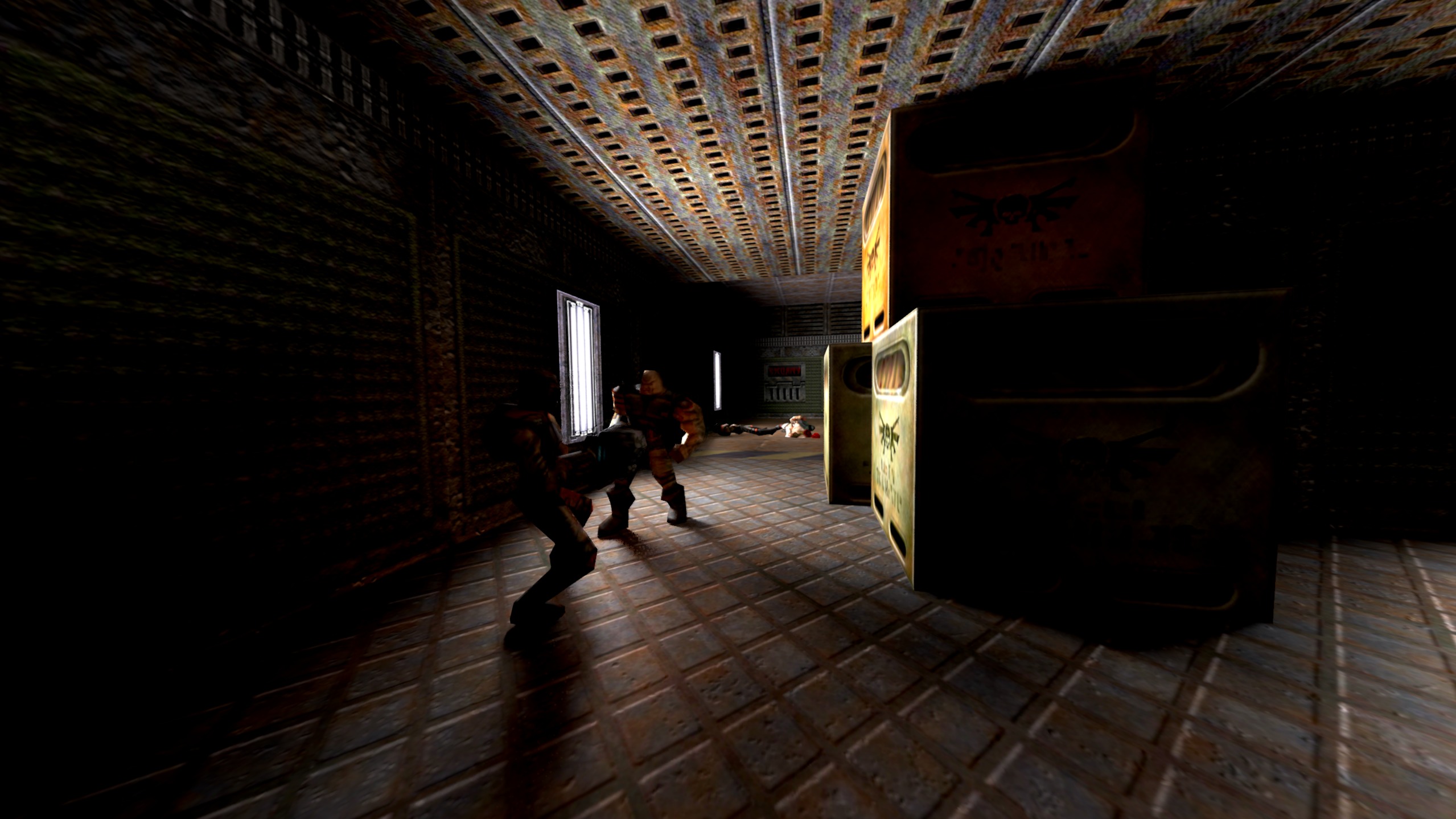 As such, he reckons that Quake II Pathtraced "is the first playable game that is both fully raytraced and efficiently simulates fully dynamic lighting in real-time, with the same modern techniques as used in the movie industry. Using state-of-the-art research, it enables an unprecedented accuracy in realistic soft shadowing and lighting. The project serves as a peek into the future of game graphics for early adopters of raytracing hardware, as well as a benchmarking tool that puts raytracing at its core."

His project completely replaces Quake II's original graphics code, apparently, and uses the Q2Pro client as its base. You can find out more, and give it a go yourself (if you have an Nvidia RTX card, i.e. a GeForce 2060 or better), here. Note you'll need original Quake II .PAK files, but the demo ones are supported if you don't own or want to buy it.