Ubisoft are changing how team-killing affects players in Rainbow Six Siege, with a new "reverse friendly fire" system rolling out on the test servers soon, described in this dev-blog post. If you manage to murder one of your friends in the twitchy tactical shooter (easy to do accidentally), the player you whacked will get a kill-cam showing them exactly what happened. At this point, it would be prudent to apologise, as your victim will get to decide whether to let you off the hook, or whether you'll spend the rest of the match with cursed bullets that bounce off buddies and back into your own face.

This new system is, in many ways, a softer punishment than before. Team-killing would previously get you booted out of a match. Now, you can remain useful even if your team think you're up to no good. Under this system, the only person at risk from your own wild gunfire is yourself. Ubi even thought of the possibility of hurting your teammates with gadgets, too - instead of hurting your friends, it'll just cause the gadget to damage itself and self destruct. Under this new system, only the most actively dickish of team-killers will attract the wrath of Ubisoft's moderation team. 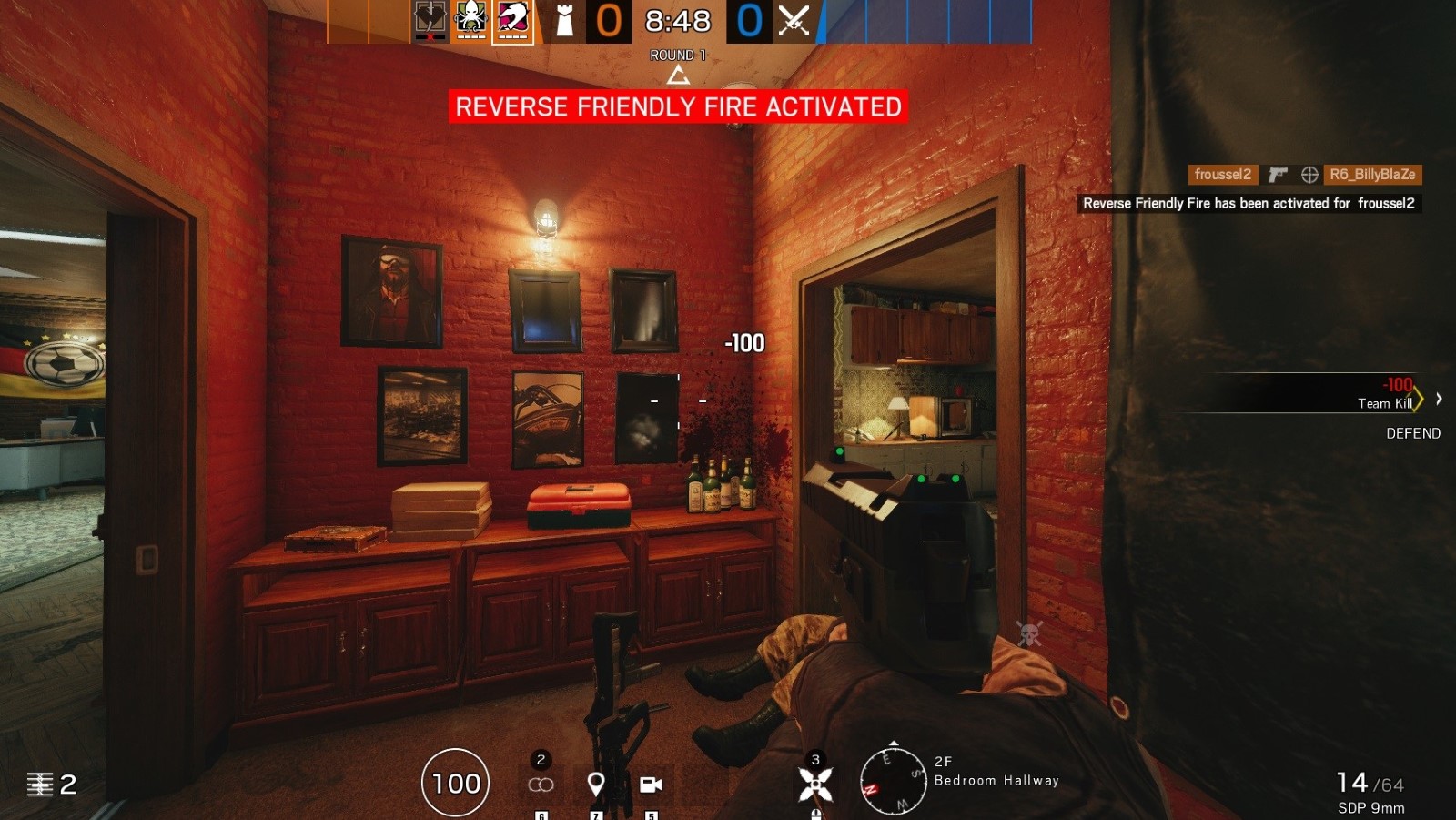 Killing hostages has a similar penalty, although without the verification phase. Just be a little more careful where you shoot, and you won't have to worry about ricocheting shots into yourself. This does strike me as a better way to deal with accidental team-killing - even if the person you shot thinks it's intentional, there's not much risk of it happening twice in a row. Whether it helps people chill out and reduces the game's overall toxicity is yet to be seen, but this is just an experimental change. Ubisoft say they'll be collecting data and feedback from tests and iterating on the system as needed before rolling it out fully.

Ubisoft also rolled out a small update today for the tactical shooter, addressing some amusing bugs. Operators can no longer switch weapons extra fast when lying prone in their back, and players can now say the letter 'V' in chat by itself without the auto-censor kicking in. Not quite Dwarf Fortress bug-level, but amusing.