With great esports comes great bigotry. Not quite the snappiest of mottos, but relevant to Rainbow Six Siege, which has gone from strength to strength this past year at the cost of an increasingly ornery playerbase. In an attempt to help reduce the awfulness of public play, Ubisoft have outlined plans for the coming year to keep both verbal and mechanical abuse to a minimum.

Almost certainly prompted by the recent slew of news stories about high-profile esports stars and YouTubers dropping racial slurs in livestreamed events, Ubisoft Montreal have announced that they're currently studying and tracking the frequency with which their players are acting like complete prats in public chat. In addition to probably being horrified by the numbers coming in, they're using these figures to assign short term bans, along with warnings to stop saying awful things in public. 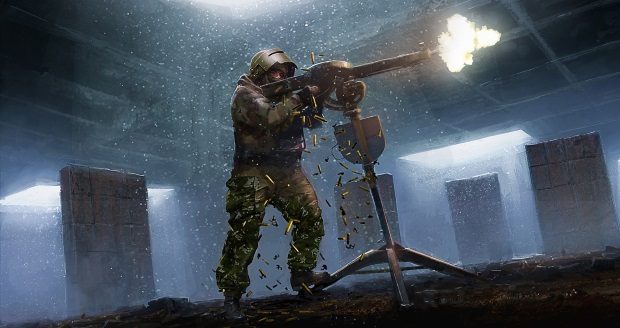 On the player's side of things, they plan on introducing a text chat mute function, for when you encounter someone so insistent on making a fool of themselves that they'll type themselves into a hole once they realize that nobody is listening on the voice channel. Coming later still is an automated chat filter which (from the sounds of it) cannot be disabled. If you start randomly dropping slurs, you'll find your chat edited, and also receive a warning. Repeatedly setting off the system will also attract the attention of human moderators, so... don't do that. Please? Thank you.

Mechanically, the last resort of awful people in Rainbow Six Siege is teamkilling. While you could intentionally act as dead weight for your team if you're feeling really passive aggressive, most would rather just put a bullet in the back of a teammate's head at the start of the match. While frequent or obvious teamkilling can already get you automatically kicked from a match, Ubisoft say they're going to be tracking frequent offenders via some new metrics in order to hopefully reduce this behavior, too.

All this is apparently just the tip of the iceberg, and their immediate, short-term solutions to a rather deep-seated problem. While they're not giving out the details quite yet, they do promise that they're looking at this as a long-term issue to be fixed gradually over time. It's good to see them at least being proactive on the subject, unprompted by any specific scandal within the Rainbow Six competitive scene. More studios could do with following their lead.