I'm still playing Legends of Runeterra, Riot's card-me-do set in the world of League Of Legends. It remains quite good, albeit deeply familiar. The emotes elevate it.

Like most everything about Runeterra, the emotes are nothing new. You click a button at the bottom left of the screen, and up pops a bloke doing a cheery wave, or a ruminating gnome, or a furry creature who is sad and small. These emotes are the only way to communicate with your enemies, and are thus used for trash talk.

Emotes are the one medium where I find online rudeness acceptable, because there are limits to how much you can upset someone with them. I don't believe anyone has done anything more than roll their eyes when I've summoned a big yeti, and announced their appearance with a cheeky, grinning bald man.

They're useful in other ways, too. When anyone summons a copy of one of my units, I treat them to a shocked face followed by a friendly wave. If I've got the cards to make some kind of counter-play, you can bet my opponent will see the gnome doing trigonometry, before my devastating comeback. 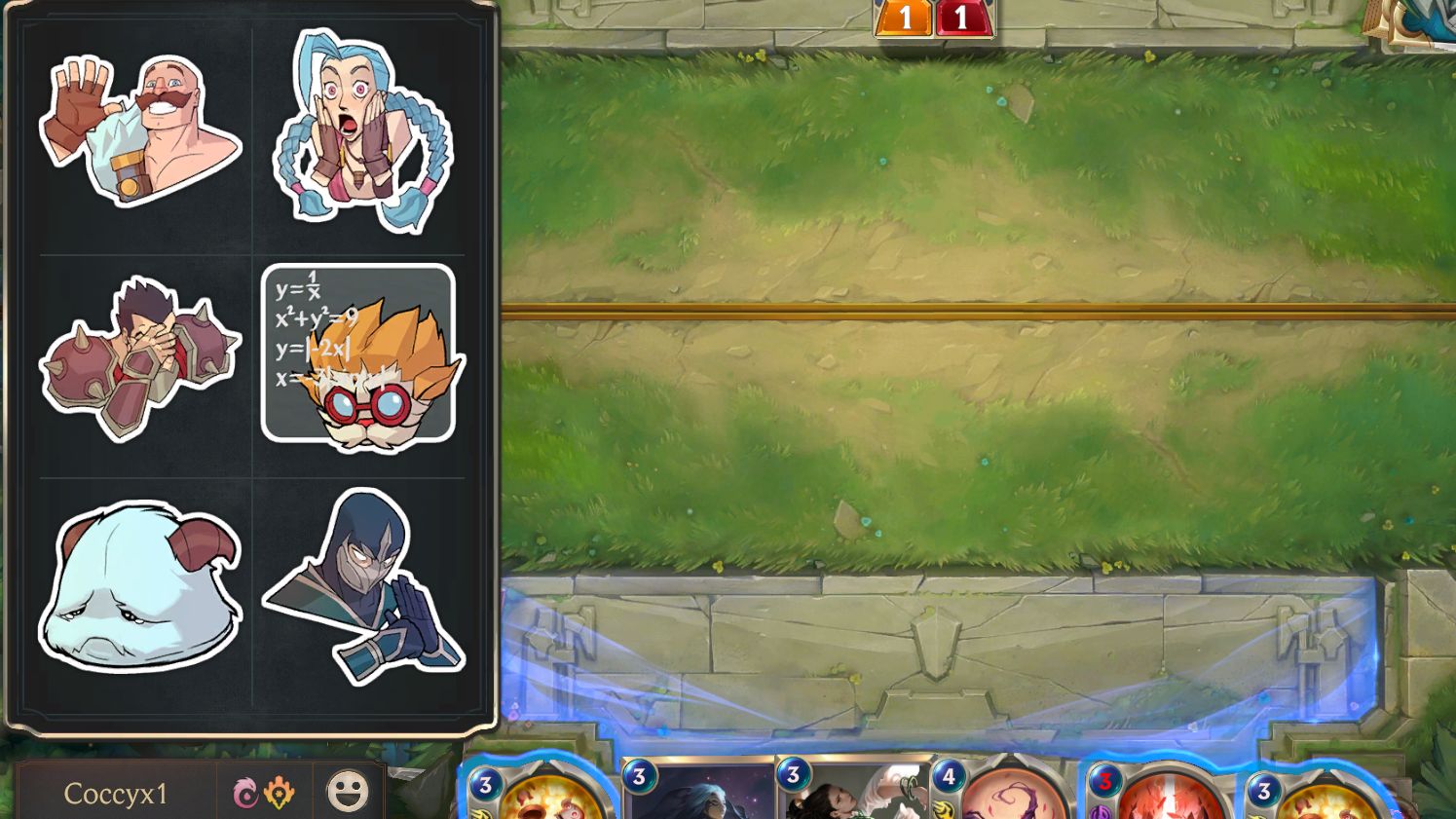 There's camaraderie, too. When my opponent loses a valuable unit or three, I have never not responded to their crying fluffy creature emote with a sad Poro of my own. It's nice to help people feel a little less alone. When I'm outplayed, I make sure to show my respect with the bowing ninja.

Sometimes, emotes can be used as traps. Lord knows if this has ever made a difference, but I've taken to throwing up a (unhygienic) facepalm emote when I attack with a unit that can be easily killed. I try to play my cards super quickly, as if I've overlooked the scary blocker my opponent just summoned. Then, when they use it to defend, out comes a spell that turns the tide. Followed by a cheeky wave.

My best emote-enhanced moment so far, though, came when my opponent messed up. When they misclicked, and wound up buffing a units' attack rather than its defence, this happened