Despite Rust sitting in my Steam library for what feels like forever, I've never quite drummed up the courage to dive into its singularly brutal apocalyptic world of angry naked people working their way back out of the stone age in order to shoot each other in the face. This weekend I may finally give it a spin, as its latest update adds a well defended, NPC-run safe zone for players to meet and trade in without fear of a sudden death.

The heart of what Facepunch are calling the Compound update is a heavily fortified safe-zone that is considered neutral territory for all players. While the No Sleeping rule seems a bit much, the No Weapons, Looting or Killing rules seem far more reasonable. Breaking any of these directives marks you as a target for the compound's many defensive auto-turrets, and the status persists after death, so you'll be locked out for a good while if you do decide to go rogue. 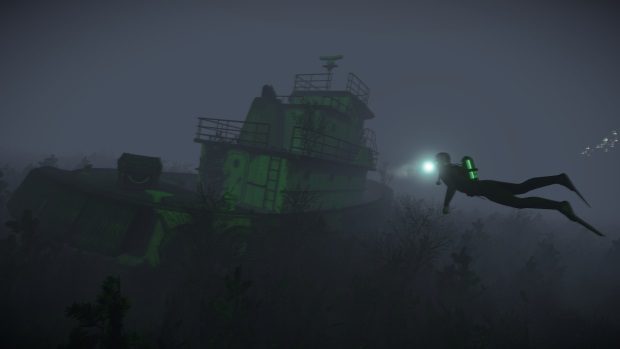 The compound also contains vending machines which allow you to pick up basic resources, making it a good place for new players to use as a base of operations, assuming they're not going to be gunned down by campers just outside the gates. While the surface is a little less deadly, under the water is full of new challenges. Procedurally generated shipwrecks and hand-crafted sunken outposts can be found underwater, although you'll need to craft or acquire the new scuba gear to fully explore it all.

The update includes a whole bunch of smaller yet still important improvements. Probably the biggest of which is a major overhaul to the anti-cheat systems in the game. A laundry list of potentially manipulable variables have been closed off to cheaters, or so the developers reckon. While monkeying around with the code, they've also wrung some CPU optimisations out of the engine. It should perform a little nicer for players with older CPUs now. 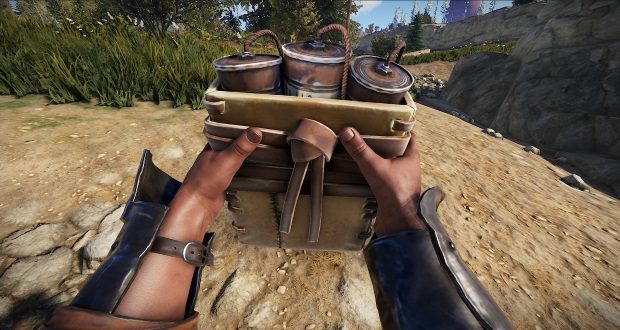 First-person clothing models are now also A Thing, with your current equipped gear set now properly visible on your character's hands and arms. There are plenty more under-the-hood tweaks made to the game by this update (including better ambient occlusion, more NPC AI to allow the Scientist faction to do their thing and some audio improvements), but you can read the full patch notes over here.