Ubisoft are holding their big notE3 Ubisoft Forward event this weekend, and to celebrate the occasion they're holding another massive game sale over on the Ubisoft Store right now, with savings of up to 85% off their entire back catalogue of games. Plus, you can save an extra 20% on your entire shopping cart with the code UBIFORWARD. Come and have a gander at the biggest deals below.

Running from now until July 20th, the biggest savings are to be found on the most recent Assassin's Creed and Far Cry games in Ubisoft's Forward Sale, but there are also some tasty savings to be had on various editions of The Division 2 as well as Anno 1800 and multiple entries in Ubisoft's The Settlers series (no doubt to try and make up for the big delay of their upcoming The Settlers game, which was meant to be coming out this year but now doesn't have a release date at all). Most of the discounts are the same in both the UK and US, but there are a couple that have slightly bigger savings for UK buyers.

You can also get 40% off Watch Dogs 2 (or 80% off its season pass-including Gold Edition) as part of the sale as well, but remember, you'll be able to pick up the game for free if you tune in to Ubisoft's Forward event on Sunday, so don't waste your money buying it now. You'll only have the length of the show to take advantage of the offer, mind, but it sure beats £9 / $10 for it when you don't have to.

If all that wasn't enough, Ubisoft will also give you an extra 20% off select titles when you apply the code UBIFORWARD at checkout. This code only lasts until July 14th, and doesn't include pre-orders on upcoming games, in-game credit packs or new games that have come out in the last three months, but it will work on almost all of the games listed above. Assassin's Creed Odyssey for £15.29 / $15.84? Don't mind if I do!

Finally, Ubisoft are also doing 20% off merchandise with the code CELEBRATE20, but you'll have to put in a separate order to your games basket if you're going to use the UBIFORWARD code at checkout, as it won't work with any other coupon offer. Luckily, you'll have a lot longer to take advantage of this one, as the CELEBRATE20 code is valid until July 20th. An Assassin's Creed Valhalla Eivor face mask, anyone? 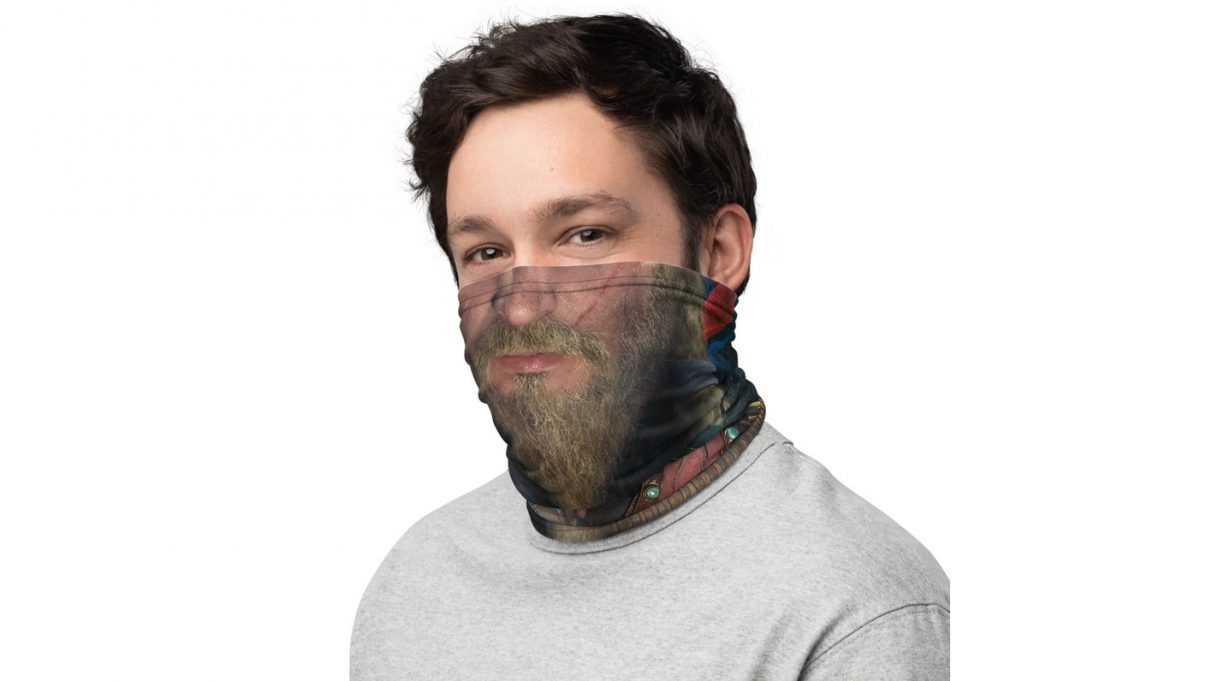 (Yes, really, I was not making that up.)