We're just a little over a month away from Sekiro: Shadows Die Twice's release date and we now know the system requirements. As the next chapter since FromSoftware officially closed the doors on the Dark Souls series, it's got a lot to live up to. So here's everything we know so far on Sekiro, from trailers and pre-order bonuses, to snippets from what others have seen behind closed doors.

Sekiro: Shadows Die Twice will be released on March 22nd 2019, as was revealed during Gamescom 2018. It will be made available for pre-purchase digitally either through Steam and in a physical form that includes the download code via retailers listed by its official website. 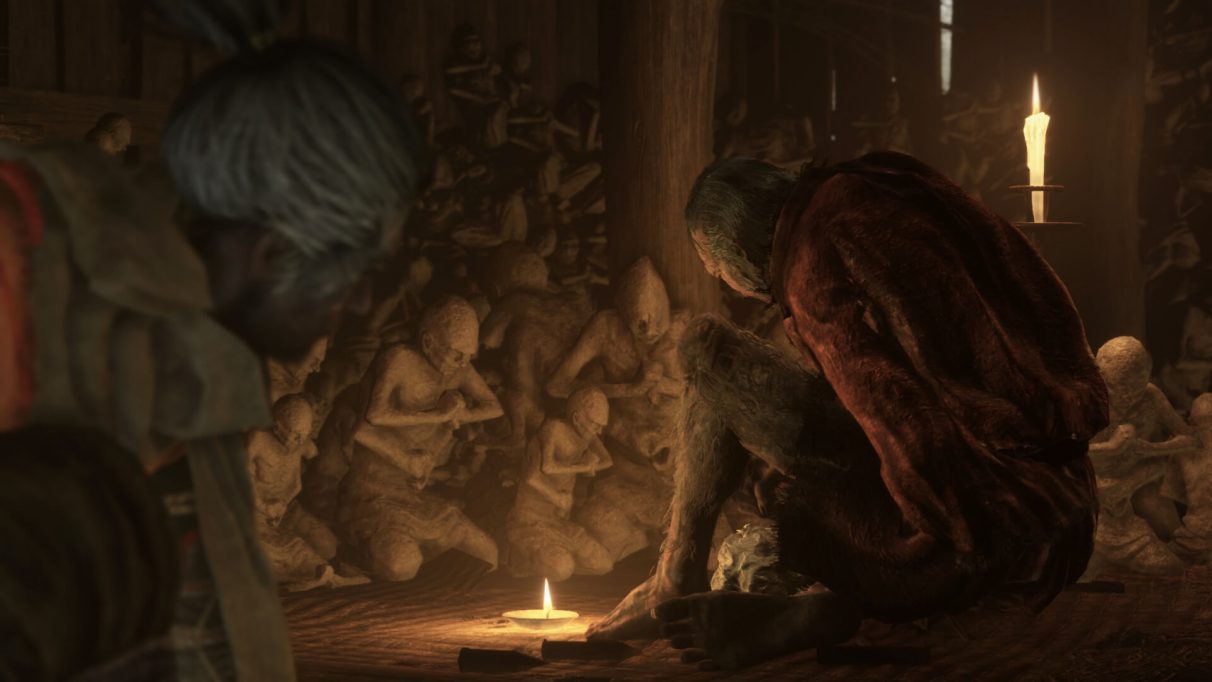 Sekiro: Shadows Die Twice will be available from Steam for £49.99/$59.99/€59.99. There is also a collector's edition that you could feasibly buy via the game's site, which will cost around £99.99/$89.99/€109.99, though the PC version seems to be not available in the UK. While you can pre-order Sekiro if you want (we don't condone that sort of thing of course), there is no pre-order bonus associated with the game at this time. The collector's edition includes the following items:

Sekiro seems more closely related to Tenchu than Dark Souls - a series that From Software acquired the rights for. Initially, the team behind Sekiro wanted to make a new Tenchu game according to a Variety interview with From Software's Tasohiro Kitao, "Internally, there was a desire to make a game based on Japan, From Software owns the Tenchu IP. They were looking at a lot of places for inspiration, and that was one of the ones they looked at. The game is its own IP. It stands on its own, but Tenchu was an inspiration." The name Sekiro means "one-armed wolf", which is based on old Japanese term that relates to the main character's missing limb.

But that doesn't mean that the Souls series won't have some influence, as from what little has been available to play, Sekiro at least maintains that old Souls difficulty. Beyond that, there are no traditional RPG stats this time around, and only a little emphasis on obtaining new weapons, though the player will use gadgets to vary things up a little bit.

There are at the very least boss battles against weird and wonderful bad guys, such as the massive lad that barfs on his own sword, giant snakes, a monk that can coat the arena in fog and make copies of herself, or the samurai riding the horse.

Finally, before we vanish into the shadows once more, I thought I'd give you the PC system specifications for Sekiro. They don't seem all that demanding either, so you may already have the PC needed to run the game. However, if you want it to look as beautiful as is physically possible, here are the requirements for your hardware.

There certainly isn't a lot to go on when it comes to Sekiro at this time - FromSoftware look to keep this one very close to their chest. We will be updating this page as more details of the game appear in the future, leading right up until its release in March 2019.