In the course of 45 minutes with Shadow of the Tomb Raider, Lara Croft gatecrashes a fiesta, scales a cliff, wrestles an eel, levels a temple, steals a magic dagger, murders a bunch of dudes in Mariachi skullpaint and drowns a city after triggering the apocalypse. That's quite the evening's work, especially if you factor in all the times I accidentally impaled her on rebars, but I'm already struggling to remember the details. The first Tomb Raider game with Eidos Montreal at the helm, Shadow is so far exactly the blend of handholdy exploration, uneven combat, wilderness stealth, gauntlet runs and grisly snuff footage we've come to expect from the series under Square Enix. Two games on from the 2013 reboot, that could be a problem. I realise it's old hat to moan about major franchise sequels lacking originality, but even by blockbuster standards this game is surprisingly unsurprising.

The story sees Lara travelling to Central America with cuddly big brother figure Jonah to recover yet another relic and stick it to Trinity, the Illuminati-style evil organisation from 2015's Rise of the Tomb Raider. Said relic is capable of rebuilding the world from the bedrock up, the catch being that it comes in two parts, a dagger and a box. In obtaining the former without the latter, Lara inadvertently sets a number of supernatural disasters in motion, and a race for the prize ensues which carries you deep into the Amazon jungle. Lara's complicity in the carnage she seeks to prevent is a major plot theme – you'll see random bystanders, including children, die as a result of your actions. It doesn't sound worlds away from the first game's tale of realising one's capacity for violence, and it's hard to imagine the script wringing much nuance from the premise, given the B-movie overkill of the cataclysms in question.

The level I saw took the form of a semi-interactive walk-and-talk through a gloriously candlelit fiesta, followed by a scramble down some cliffs, a few platform puzzles (think movable weights), a couple of shoot-outs (think red barrels) and one of the series' beloved hair-raising escape sequences. It's a slickly laid-out affair, the script propelling you seamlessly through combat zones, puzzles and platforming sections, and the sets are as mesmerising as you'd expect from the architects of Deus Ex: Mankind Divided. I particularly enjoyed how the palette evolved over the course of the level, from the glaring reds of the fiesta through the sickly undersea light of the temple. I also quite enjoyed swimming through the wreckage of a grocery after a flood engulfed the level. No amount of set-dressing can make up for a worn-out toolkit, however, and Lara doesn't seem to have learned many new tricks, or even submitted many of her existing moves for a tune-up. 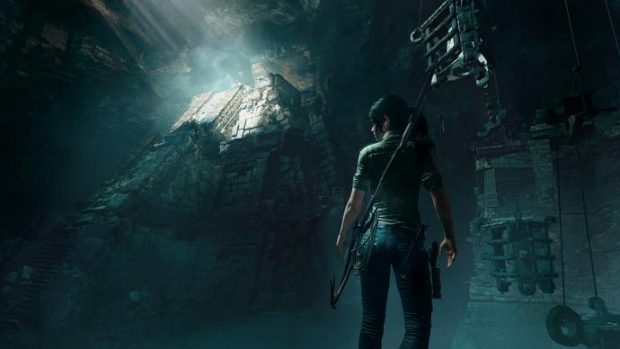 You'll use a climbing axe to descend textured surfaces, tapping X when prompted to stop Lara losing her grip, and deploy a rappelling line to swing across gaps or wall-run. There's a bow which doubles as a grapple launcher, and a somewhat unpredictable, context-sensitive cover system that just about cuts the mustard when sneaking up on people, but makes firefights something of a chore. Lara is still a bit unwieldy, for all the character model's lustre, her animations lagging a noticeable fraction of a second behind your inputs - I fell to my death a couple of times because I was overcompensating for her sluggishness. On the plus side, the game's hunter vision mode now tags enemies yellow when they're not being observed by allies, making it easier to off them without raising the alarm. 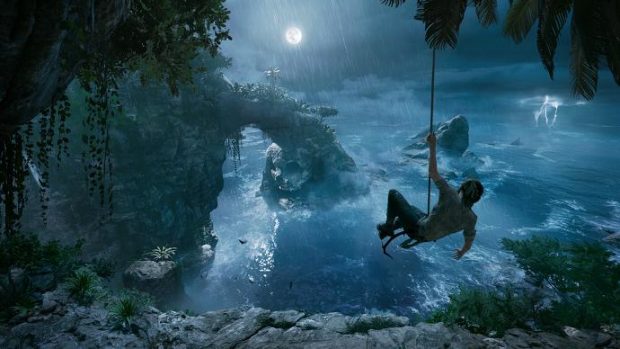 To dig a little deeper into the returning faults, modern-day Tomb Raider continues to have a slightly strained relationship with player curiosity. I wasn't able to investigate this aspect of Shadow, but as in the previous two games, there are more open sections woven around campfires where you'll gather upgrade resources, murder wild creatures and delve into the odd optional dungeon for treasure. Some of the latter rewards are gear-gated - I passed a wooden barrier which sternly enjoined me to reinforce my dagger. Elsewhere, though, Shadow is almost laughably paranoid about you losing your bearings, a mark of continuing irresolution between Tomb Raider's more contemplative heritage and the Uncharted-style rollercoaster it has become. 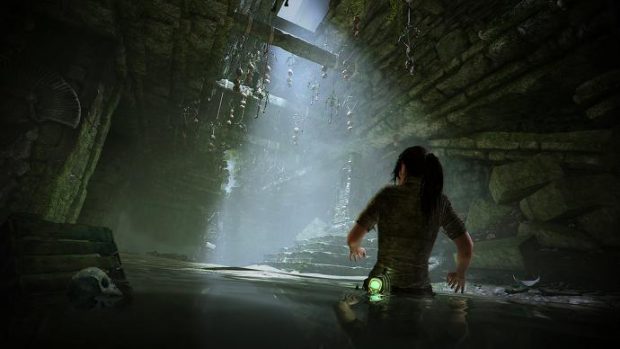 At one point, Lara discovers a cryptic scrawl atop a cliff-face, “the key lies beyond her gaze”. The camera immediately pivots right, and lo and behold, there's a giant face carved into the rock below, its eye sockets fixed on an alcove. “I need to climb down this cliff,” Lara prompts, as if there was any other option. It's hardly a damning degree of inconsistency, but at the risk of flogging a dead T-Rex, I did find myself yearning, once again, for the more obscure architecture of the 90s games. 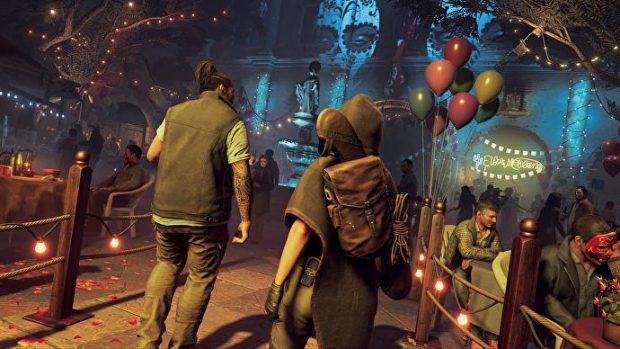 For a series that is about running your fingers through the secrets of dead civilisations, Tomb Raider today is oddly lacking in mystery. What was once a collection of silent, enigmatic spaces waiting to be unpicked has become a game about gunfights and plot, about dancing along to the level script. I'm looking forward to discovering what arcane mechanisms and horrors await deep in Shadow's rainforest – some of the concept artworks evoke Predator and Apocalypse Now. But I get the sense that I'll feel my way through a lot of the game absent-mindedly, allowing my thumbs to go through the motions while I belatedly take in the scenery.

Shadow of the Tomb Raider is due to be released on September 14, 2018.