Recently I have been spending a lot of time in Assassin's Creed Valhalla galloping around the east and south east. There are some lovely views around Kent and Dover, and it's nice to go to the beach sometimes instead of traipsing through the moist fecundity of the more forested areas in Mercia.

This means I have been hoovering up some of the side quests (or local mysteries) in the area that I missed earlier, and one of them, although it took all of three minutes to complete, really made me laugh. It's about a sea beast called Aflanc The Terrible, only it's actually the most theatrical attempt at filicide ever, and the NPC involved has my enduring respect.

There are many interesting NPCs out and about in Valhalla, from serious business quests like the three pagan witch sisters from King Lear dotted around East Anglia, to the more whimsical, like 'woman living in a sewer demanding snake entrails', or 'man who really likes baseball, somehow'. One of the fun things about the game is that you never know when you might run into one, and whether it'll spin off into quite an involved side quest.

When I saw these cliffs, for example, I was like, "Wow, I wonder if I go over there I'll run into a murder mystery where two cops, one a gruff depressive and one a non-nonsense working mum, will start at odds but forge respect and a loving friendship." Is Broadchurch way too dark for an AC game, and set in Dorset which is beyond the scope of the Valhalla map? Yes. But still. It could have happened. 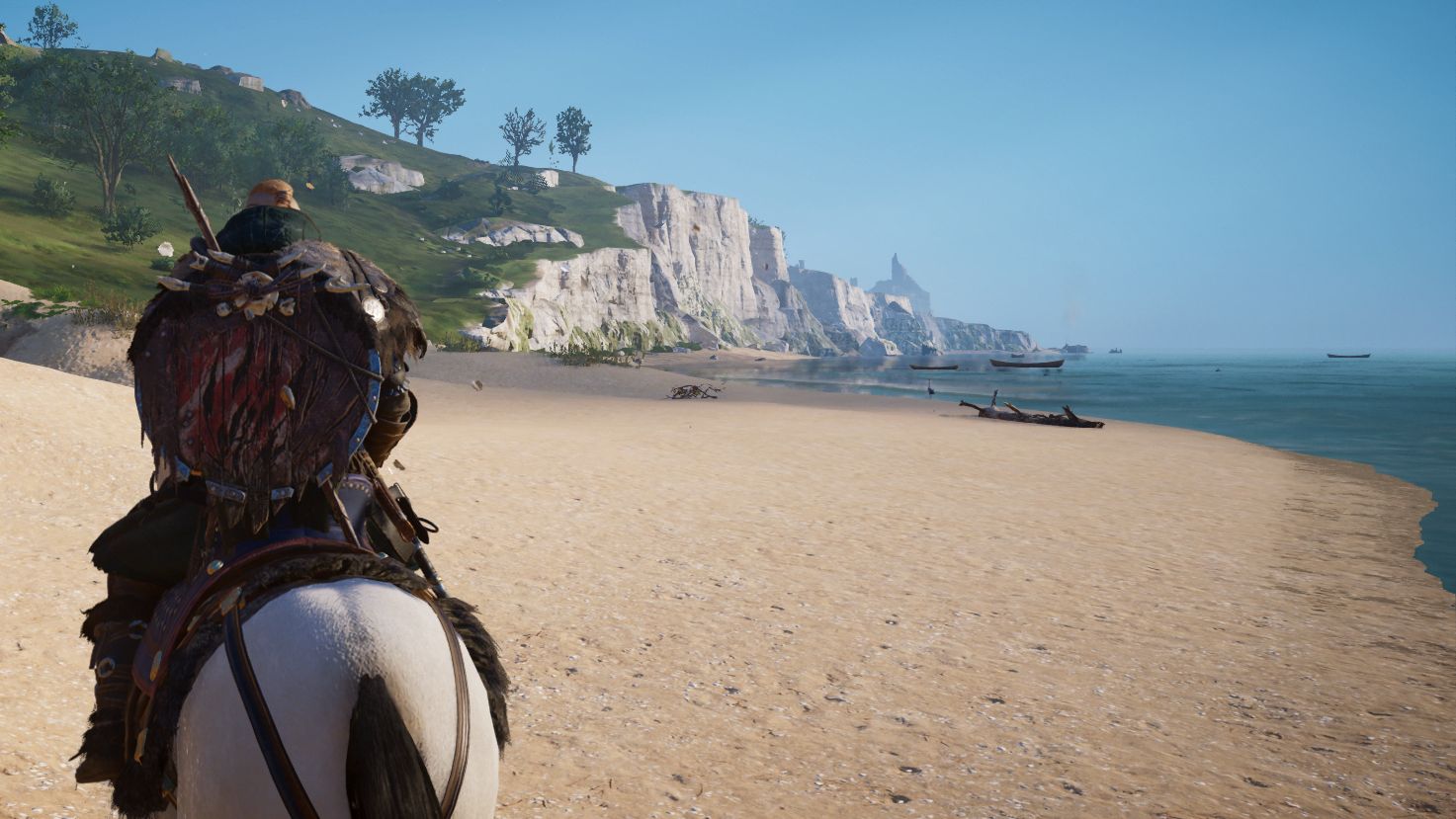 Anyway, here is what happened (spoilers for this specific quest which I have overthought):

Me and my crew (and cat) were sailing merrily down the river when we heard, on the bank somewhere between Croindene and Guildford, a woman complaining loudly at her dad (whose name I have forgotten, so I shall refer to as Dad) for imminently shoving her in the river to drown. And like, she was mad about it, but sounded mostly exasperated; her tone was about appropriate for if he'd forgotten to take the chicken out of the freezer in the morning so now they couldn't have the chicken for dinner and she'd been really looking forward to the chicken.

So obviously I hopped off the ship to investigate. Griseld, the young woman in question, was being sacrificed because their farm was allegedly being flooded by a satanic beast named Aflanc The Terrible. Griseld was meant to appease Aflanc, who definitely existed because some dude named Godfrey said so.

So obviously I went for a swim and discovered that there wasn't a monster, just a shipwreck that occasionally belched out bubbles and flotsam. Griseld was peeved by this news, and Dad was like, "Woah, no way, but there totally is a monster though?" And then Godfrey ran up and said he'd specifically told Dad there wasn't a monster, and Dad had just been looking for an excuse to murder Griseld because she annoyed him by, for example, saying he drank too much and calling him a layabout. Griseld responded by kicking Dad out. 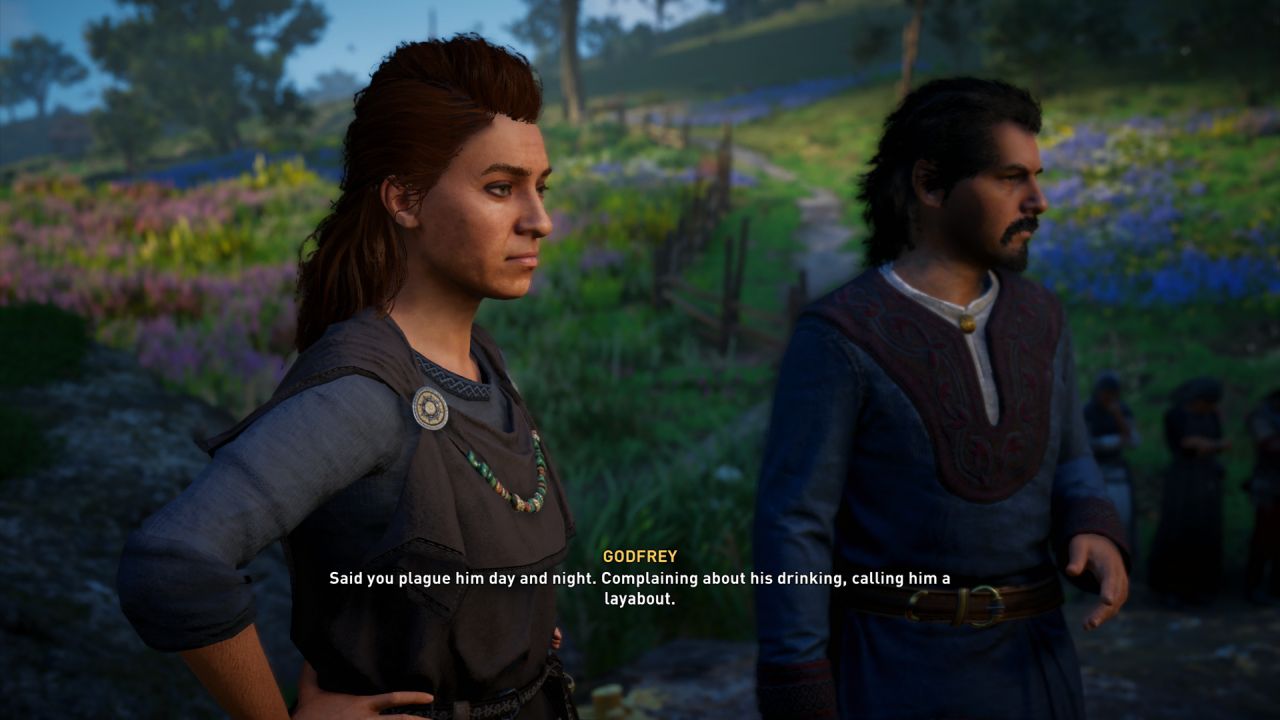 So my thoughts were, roughly in order, as follows:

Sadly I didn't manage to snap a screenshot of Dad, but he, his nondescript robe and his balding head, are forever with me. If there is any justice in the world this will kickstart a huge questline where I can install Dad, kicked out of his daughter's home, as a king somewhere. He's the ruler that Valhalla's troubled times need: ready to make the tough, and wildly out of all proportion decisions.

What I'm saying is that many of the side quests in Valhalla are absolutely nonsensical, and I love them all the more for it.