Let it not be said that SnowRunner doesn't have enough snow to run (well, drive) through. The rough n' tough truck sim is adding more routes to get stuck in with Lake Kovd, a treacherous frozen quagmire packed that'll arrive with the game's first season pass update later this week. Hope you've brought tyre chains, because it's about to get real slippery in old Russia.

Described by Focus as the first of two new maps planned for Phase 1, Lake Kovd is four square kilometres of mountainous Russian landscape centred around that eponymous frozen puddle. While you've got some lovely forest trails to traverse, the big new feature is that much of the region expects you to certainly plot a course over a thin layer of ice.

Get your judgements wrong, and there's a good chance of you cracking a lorry-shaped hole in it - sending five tons of steel sinking to the bottom of the lake. Not very Ice Road Truckers of you, behaving like that. 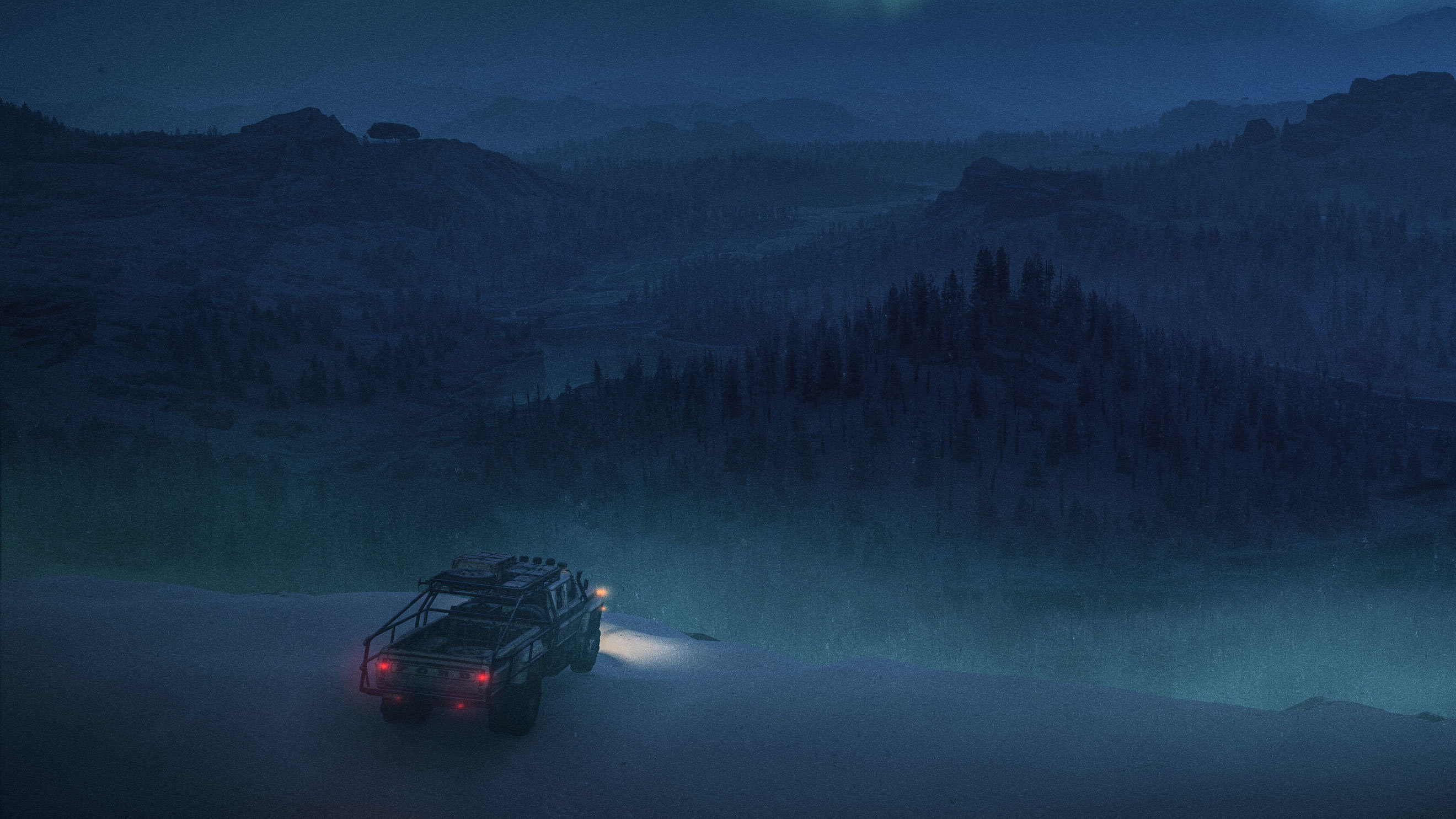 Lake Kovd is also a damn site scarcer than previous maps, offering only a single garage and scant few facilities. There's a "Prototype Exploration Unit" to be unlocked, mind, and while I'm not clear on what it does, Focus say it'll provide a "new kind of exploration gameplay". Thanks for the clarification, guys. Most missions across the lake will see you hunting for old Soviet bunkers and military sites, and you can bring a pal along for the ride - whether they own the season pass or not.

While it might be a lonely, barren, frozen hell, the snow-dappled forests and crisp blue waters of lake Kovd are quite stunning. As pictured above, the map will also let you take a breather and watch the Northern Lights go by at the right time of the year, in the correct part of the country.

The lake is SnowRunner's second new map since launch, following Rift's less-frigid forests last month. It'll arrive this Wednesday, July 15ths as part of the SnowRunner Season Pass, which can be picked up over on the Epic Games Store for £22.