Blizzard’s competitive card game Hearthstone has had plenty of unpopular decks in its time, but few come close to touching Quest Rogue and Shudderwock Shaman. The good news was, supposedly, that the former has been nerfed into oblivion and the latter was only ever a joke that couldn’t be considered competitively viable. And yet both are currently seeing play in the currently ongoing European tournament playoffs.

Quest Rogue is an old archetype, dating back to the release of core card The Caverns Below in April of 2017. The card is the all-important ‘quest,’ which asks players to play a certain number of minions with the same name to trigger a reward. Rogues would use all kinds of tricks to return played cards to their hand, enabling them to get around the normal limit of two identical cards per deck.

What the number of necessary cards and the reward are has changed over time as Blizzard have attempted to lower the power level of the card. On release, it was four identically-named minions to give all future minions five attack and five health, and dominated the expansion’s meta. After its first nerf, it required five minions to be played, which reduced its play significantly until it popped up again, bolstered by new cards from a later expansion. This time, the reward was lowered, giving minions only four attack and four health.

That seemed to be the end of Quest Rogue, until the latest expansion introduced a new card called Giggling Inventor. Giggling Inventor summons two additional mech minions with taunt (meaning they must be removed before attacking anything else) and divine shield (meaning they ignore the first damage they take), making them incredibly difficult for your opponent to remove. It’s a very powerful card that’s finding a place in a wide variety of decks right now, and has revitalised Quest Rogue who can bounce the inventor back to their hand, leaving the sticky mechs behind as defense, and then replay it for even more mechs. Plus, once the quest completes, those mechs are nice and beefy, too.

Beefy enough for tournament play. After over a year of ebb and flow, Quest Rogue is back in vogue again, despite being centred around a card that Blizzard have tried to squelch twice. (It's also viable in standard play, if you want to take a look at a deck list yourself.) 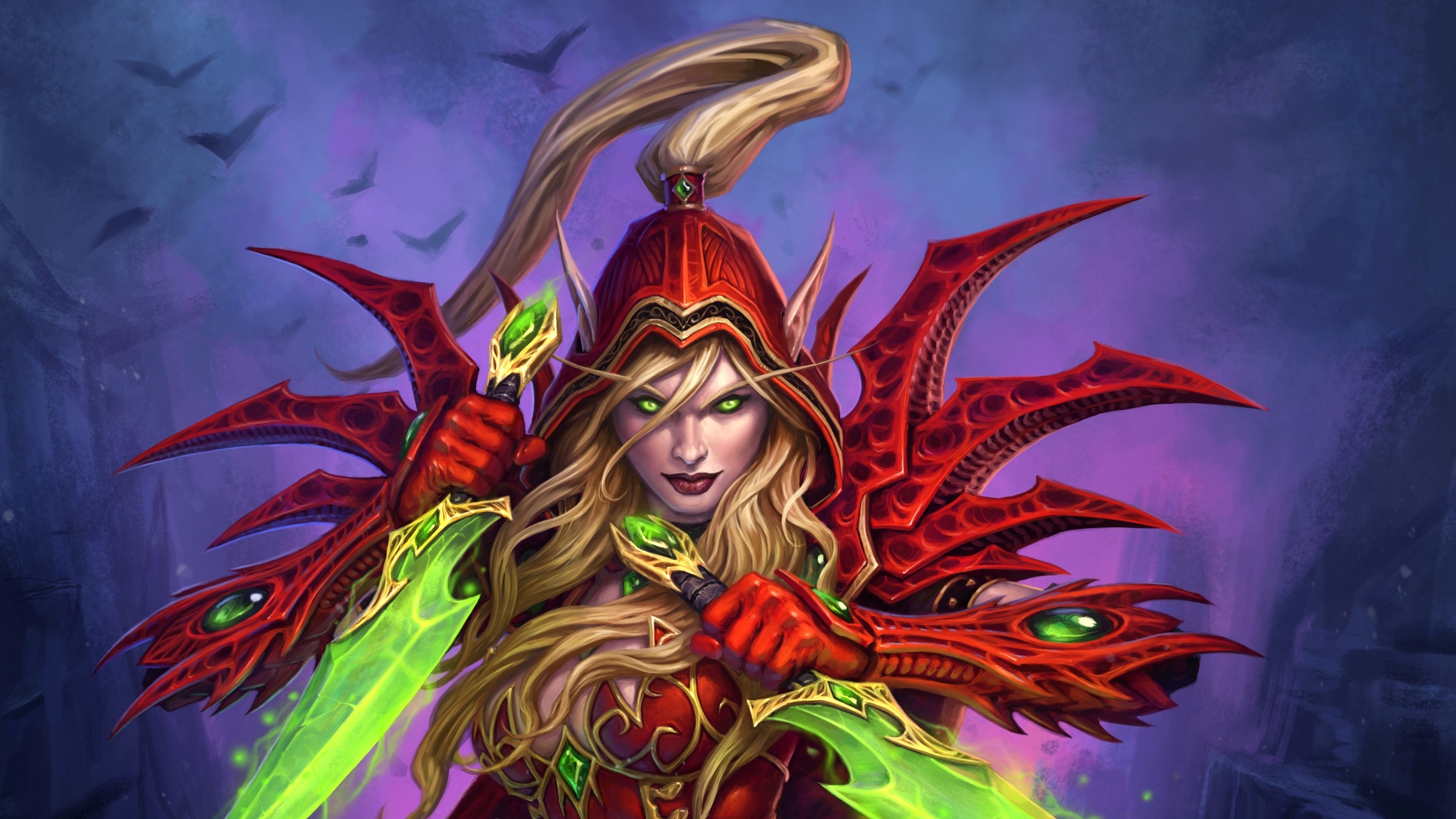 The second deck, Shudderwock Shaman, is (surprise) built around the Shudderwock card, which Ben Brode, game director at the time it was released, famously tried to stop from shipping in fear of the very combo that the deck now utilises. The card itself is pretty innocuous: it replays all the battlecries of previous cards in a random order, with random targets. This isn’t the kind of thing that usually makes tournament play, since players tend to prefer to be able to control outcomes as much as possible, hinting at just how powerful Shudderwock can be when combined precisely with other cards.

Copying the Lifedrinker’s battlecry causes Shudderwock to deal three damage to the enemy and restore three health to the player. Copying Saronite Chain Gang allows it to summon a copy of itself, and copying Grumble, Worldshaker allows it to bounce that copy back to the player’s hand, where it costs just one mana to start the whole cycle again. Once a player gets to this point (which admittedly requires some careful survival in the earlier parts of the game), there’s little their opponent can do to stop it.

Shudderwock was very slightly nerfed earlier in the year, reducing the number of battlecries he can replicate to 20, but he doesn’t need 20 to pull off this combo. Blizzard also sped up the time of his animations, which were once so long that the player who first demonstrated the combo famously took a nap during them, but Shudderwock was saved from any major changes because his decks tended to have a low winrate, preventing them from being played all that often. According to meta stats website HSReplay, in standard play the deck only has a 46% winrate, meaning its pilots would lose rank on average.

And yet, Shudderwock Shaman is part of the lineup for almost half of the players in the European playoffs. Unlike Quest Rogue, it’s not even been especially revitalised by the latest expansion – most decks only run one card from the Boomsday Project, the legendary Electra Stormsurge, who casts the next spell you play twice. This can be very helpful for clearing enemy minions and the like, allowing players to survive until they’ve assembled all their combo pieces, but the deck has also grown in popularity simply because it can adapt to match well against other popular decks on the circuit like Odd Warrior and Control Mage.

The meta is a fascinating thing that cares not for the community’s opinion on which decks it loves to hate. You can watch the decks in action on Twitch, though you may want to mute the repetitive sounds of ‘my jaws that bite…my claws that catch!’. The next leg of the tournament will kick off in the Americas on September 15th, and while its deck lists will be available in advance, they have not yet been finalised.