As the feedback loop of Steam successes reaches an ear-shattering scream, this week we see last year's best sellers dominating the New Year's first week. So I refuse to live in the past. Let's look forward. Let's imagine what we might want from these behemothic developers.

I wish it felt likely that Ubisoft might have learned a lesson from the critical response to Assassin's Creed as it returned from its gap year. By not releasing a major entry in 2016, they gave themselves time and space to create a game, in Origins, that reverses a perceived decline since 2013's Black Flag. Will this mean they have the sense to not release again this year? Or will they see the money pouring in from Origins and decide their shareholders won't cope without more assassins in 2018?

Either way, what I desperately hope to see from a new Assassin's Creed is... well, something new. For all that Origins does well, it's an incredibly derivative and dreary concept repeated yet again, just with added Stuff To Do on its map. I'd love to see a game that focused on its assassinations, that felt focused, directed, and intense. And set in a period of history that's not on the Giant Checklist Of Bits Of History Everyone Already Knows. We haven't seen this name trouble the Charts in a long while, but it's been merrily selling away in the background over the year.

We have the tiniest morsel of a hint of what might come next from From (FROM!), via this short video. So what do we want from it? Oh I can't even pretend to know. I've not played a single second of any of them. I know I should, I know, I know, but goodness me, I play games all the time and there's only so much room for games! I feel confident that with everyone else on Earth playing these, you can rest assured that they'll survive without my eyes.

I'm not sure the internet's ready for the announcing of ARK 2 just yet. Although, that's perhaps something to prepare for - ARK was in development for three years before its final release last September. And while it's clearly the sort of game players assume will be constantly updated, having gotten used to it over two years of early access and continued expansions, you have to imagine Studio Wildcard are ready for something else.

Well, we know there isn't going to be a new Witcher any time soon. Unless you count Gwent. What we're all really hoping for is some sign that CDPR's other project Cyberpunk 2077 might at some point show some convincing signs of existing. But what else might we hope to hear of from the studio?

I'd love to hear word of a new idea. It's possible that their Krakow office might be announcing a new title at some point, and it'd be brilliant to hear it has nothing to do with neither the Witcher nor Cyberpunk. CDPR has an extraordinary reputation for a developer that's only ever released one game series, and it'd be nice to see that reputation used to support something new. 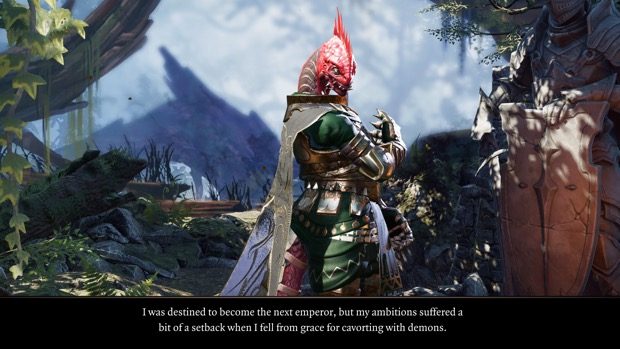 Talking of which. Larian have been around much longer than CDP's ten years, and they too have yet to release a game without "Divinity" in the title. Divine Divinity came out in 2002. (And was pretty dreadful.)

Divinity: Original Sin 2 is an extraordinary game, one of the best RPGs ever made, challenging BioWare for their various crowns. And it's wonderful that it's clearly been such a huge success. I rather strongly hope this means Larian will feel emboldened not to start work on part 3, but to recognise the reserves are there to realise some ambitions they've always had to put aside. To go for that experimental idea they've always wanted to pursue. 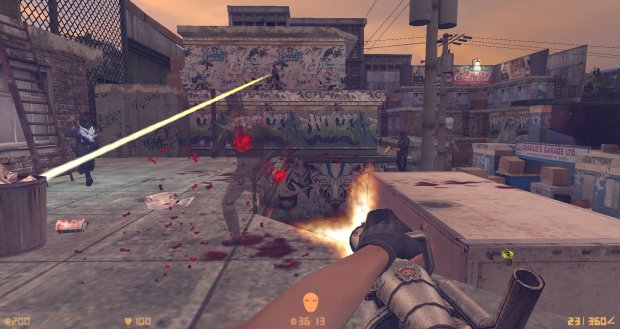 Surprise! I didn't want to spoil it for you above. Somehow, and I absolutely flat-out do not understand how, this lovely year-and-a-half-old physics puzzler has found its way into the top half of the charts.

It was half price in the sale, but then so was everything else. It had a Christmas event, but who didn't? And yet if Steam Spy's right, it nearly tripled its lifetime sales over the holidays. Best guess: YouTube attention over the Christmas break. Mysterious to me, but I'm very pleased! It's a sweet, if often frustrating game, and it's a rare pleasure to see it charting in this busiest of weeks.

Another smaller name doing big sales, although They Are Billions appears to be the latest decent game bestowed with the Random Favour Of The Internets. It was charting before the holidays too, and this Settlers-meets-Brain-Dead management mash-up appears to be sticking around.

No one can know which early access game will be the recipient of The Favour, why one game suddenly must be owned by absolutely everyone until it's as equally rapidly forgotten in favour of the next, but may Numantian Game make hay while this sun so ferociously shines.

The chances of a new IP from Rockstar have come to seem about as slim as I'm not. Not least because Agent has been vapourware since 2013. Then again, they've not released anything new at all since 2013. Obviously they'll be working on GTA VI, and we know the various Rockstars around the world are failing to finish Red Dead Redemption II (prediction: slips to 2019), but for goodness' sake. They've got infinite money. Just imagine how much is pouring in every month from this game alone, permanently wedged in the top ten selling PC games, three years since release. They could make anything they wanted!

But they won't. They will make GTA VI, and it'll be jolly successful, and nothing new or magical will have come of any of it.

I prescribe some Pool Cosby, with Lanikai: