I mean, I'm sure they have. But not here! I'm here to bring unity to all, with my ecumenical views and all-encompassing opinions. Welcome to the all-inclusive group hug that is Steam Charts. 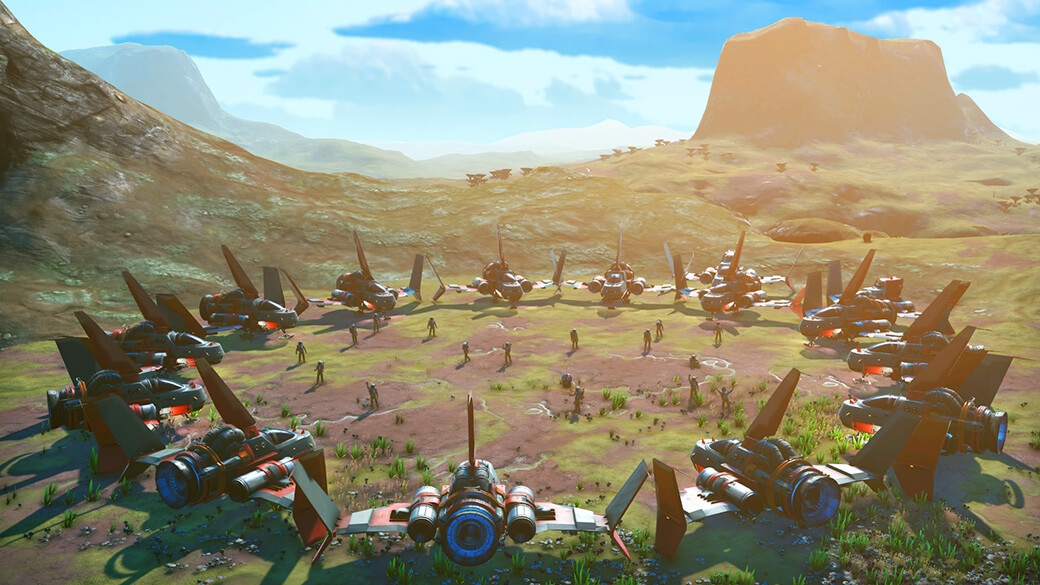 No Man's Sky is proof that any game left in development for long enough will become a multiplayer survival game. This is just a science fact. The only reason we have other genres is because of an old-fashioned culture where development teams used to release a game, and then start work on a new one.

Had this not been the case in the past, Thief: The Dark Project would have had you building your own home base in the City, from which you and other thieves would launch co-operative missions. Day Of The Tentacle would have been about Bernard, Laverne and Hoagie flushing building materials down the toilets so as to construct a building across time. Jet Set Willy would have been about working with your friends to build your own killer toilets... Oh my goodness, all those games sound amazing. That's not the point I wanted to make at all. Shit.

However, let's not get too carried away, because it doesn't end there. Continue that development even further and you get Battle Royales. So let's keep things in check, eh? 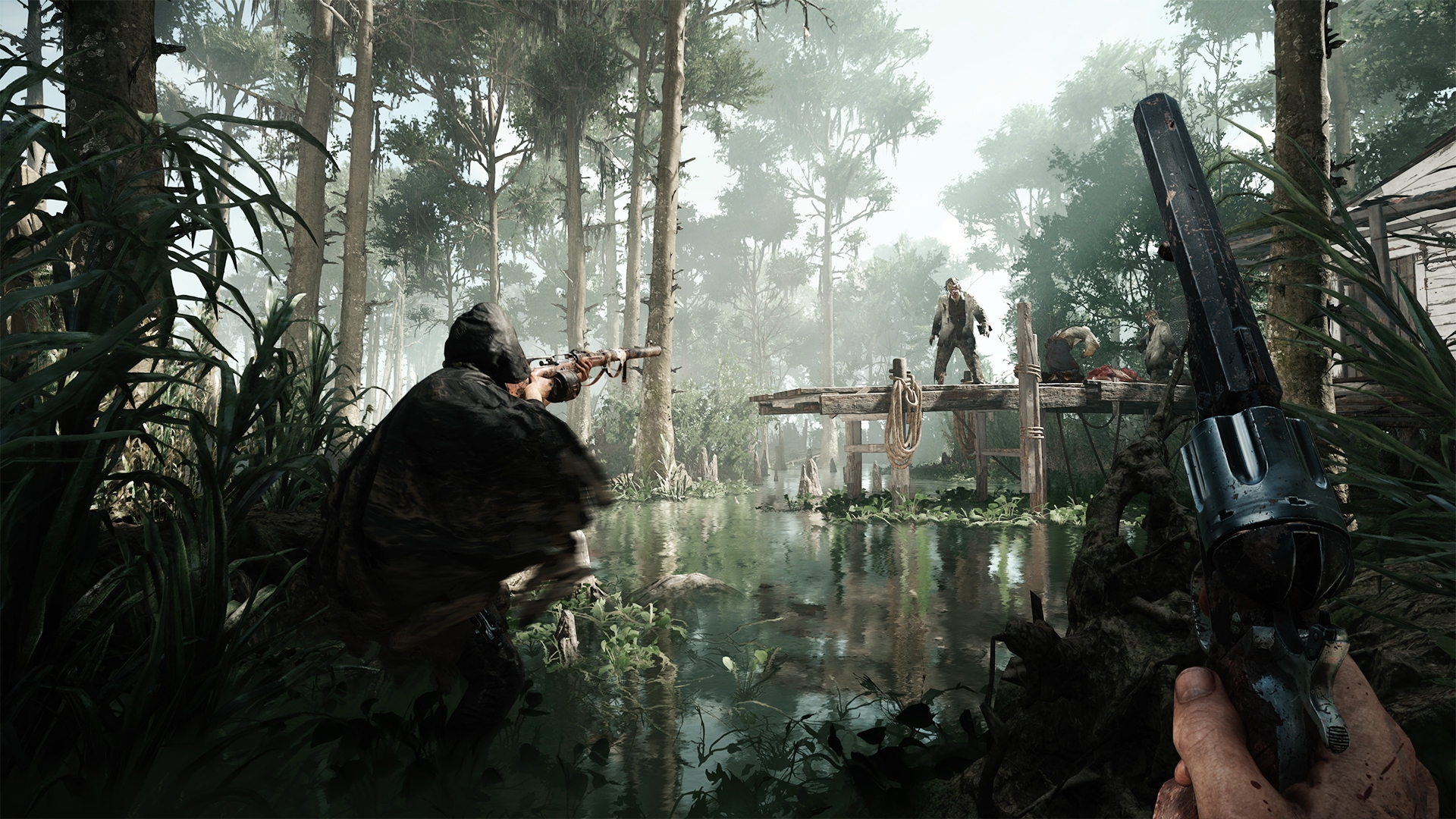 Haha, a better person would have planned this on purpose. Look at what we've got here: "the thrill of survival games into a match-based format". This must have been in development for AGES! [checks] Yup, in various forms since 2014! Science. 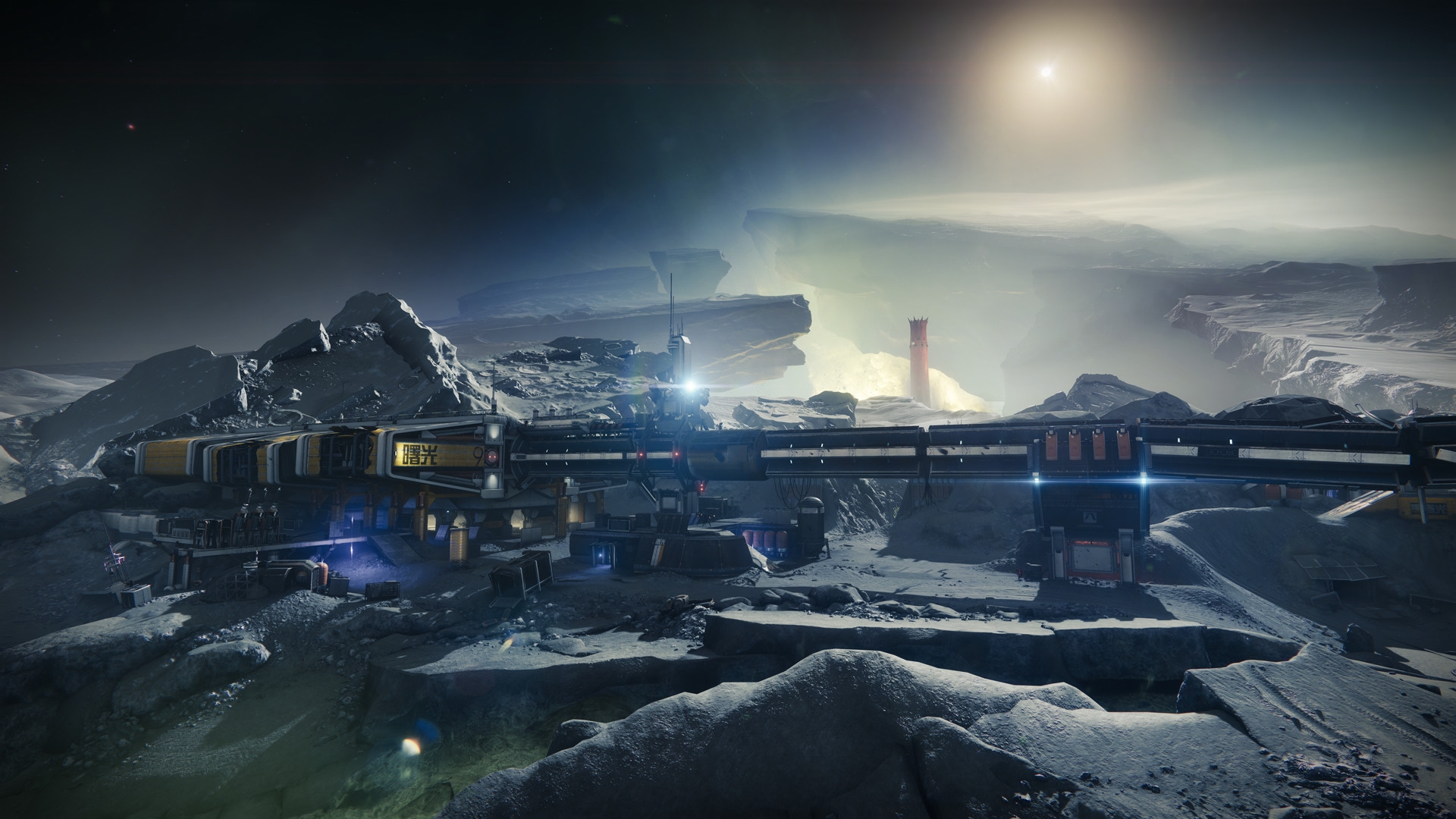 I am neither a fool nor a genius, but I have spent the last 20 minutes trying to figure out what exactly is being sold on Steam in the form of the Destiny 2: Shadowkeep pre-order. Over on Battle.net one can still buy the Destiny 2 Complete pack, currently discounted to half-price, which includes all three previous expansions, including biggie Forsaken. But when the game makes the move in a month's time, it's going free-to-play, and that will include the Curse of Osiris and Warmind expansions in the free lot, but not Forsaken. Shadowkeep doesn't require you to have bought previous expansions, but will require the now free base game. None of this is explained on the Steam page, which is all listed under, er, "Destiny 2".

We are in such a state when this is normal.

As Alice mentioned a couple of weeks back, Rainbow Six Siege is now a proper game. Because for the last few months the blight-ravaged corpse of Tom Clancy, his eroding stumps thumping wetly against a keyboard, has been programming in a grappling hook.

The whole thing is available to play for free at the moment, and will be for a couple more days. They're also selling it, and its various ludicrously complicated (see above) versions at 50-60% off, until Wednesday. I imagine Operation Ember will launch pretty much as soon as that's all over, and then the grappling can begin. 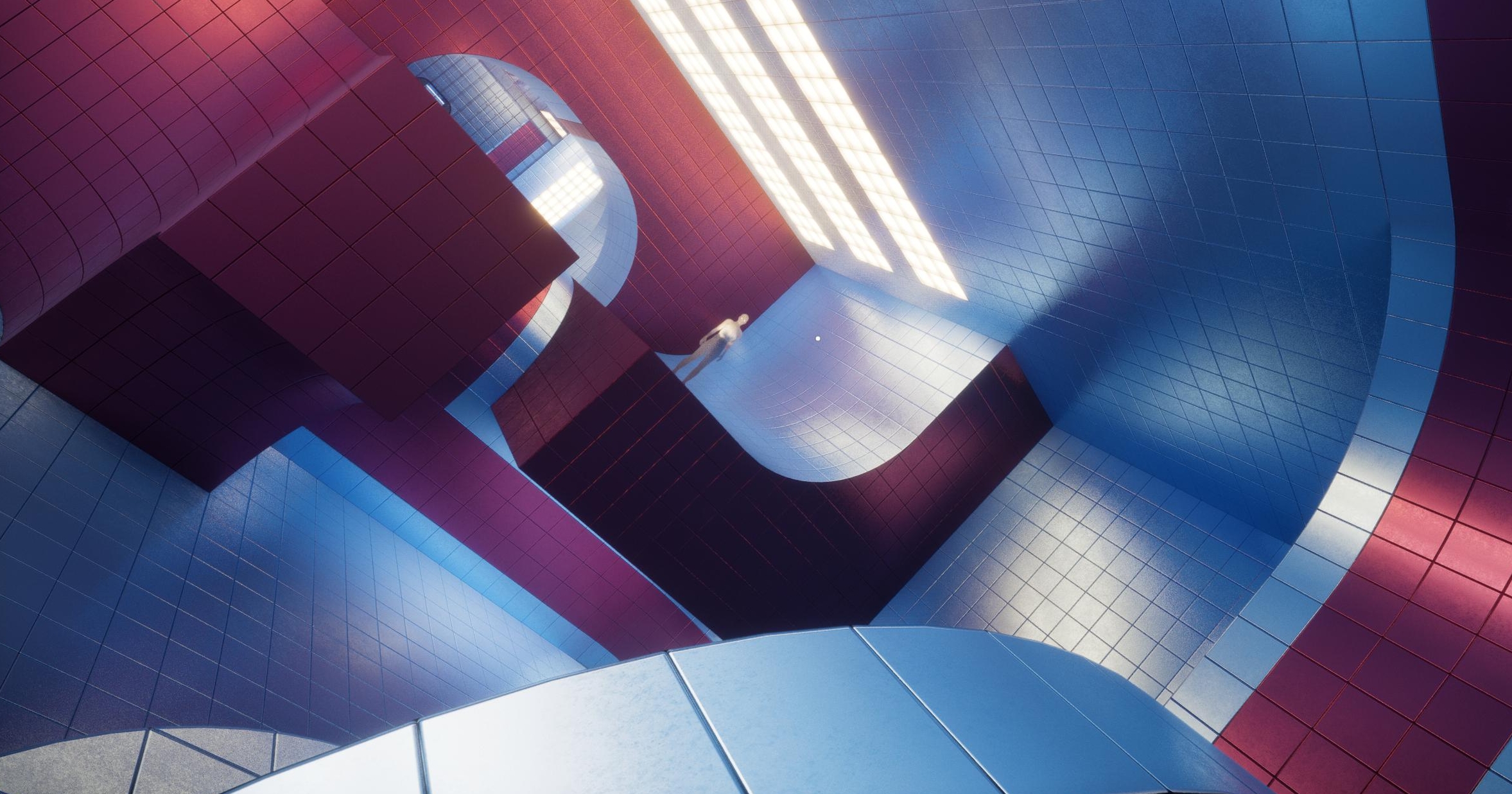 Screw that rubbish, let's talk about a game that deserves some attention. Alucinod is one of a huge number of post-Portal indie games that mess around with first-person space. But this one stands out to me because of its pure simplicity: if the floor curves to the wall, you can walk right up it, if it meets at a right-angle, you can't. And with just that rule, Alucinod spins off into dozens of fantastically mind-bending puzzles and challenges. What's especially great is that while you are able to defy gravity, objects in the game world are not. So pick up a block from the floor, walk up onto the wall and drop it, and it'll fall what's now sideways.

It's by a solo developer called Thomas Pettus, and uses an awful lot of smarts in what could have been a very unclear game. The use of reds and whites in the levels is brilliantly done, not giving away possible paths to success, but perfectly delineating rooms that would otherwise become impossible to fathom. Things get pretty Escher-ish pretty quickly, and the contrasting colours allow you to keep track of what was up, and what's about to be down.

As is now the brutal norm on the Wild West of Steam's new release lists, this one's gone completely unnoticed in its first few days on release, and I'd rather that not be the case.

I'm sure it's silly of me to pick a song that's already had nearly 9 million views for an audio-only YouTube, but it's just such a good track:

Four years ago I wrote this article, for which I was roundly derided across the industry.

Here
are
some
links. 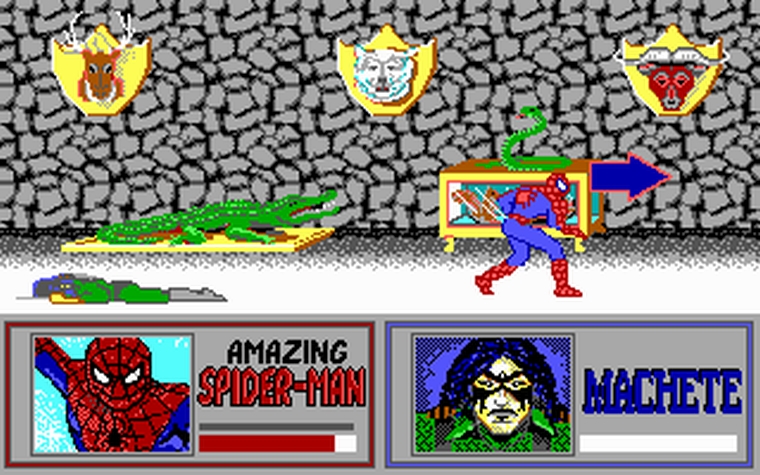 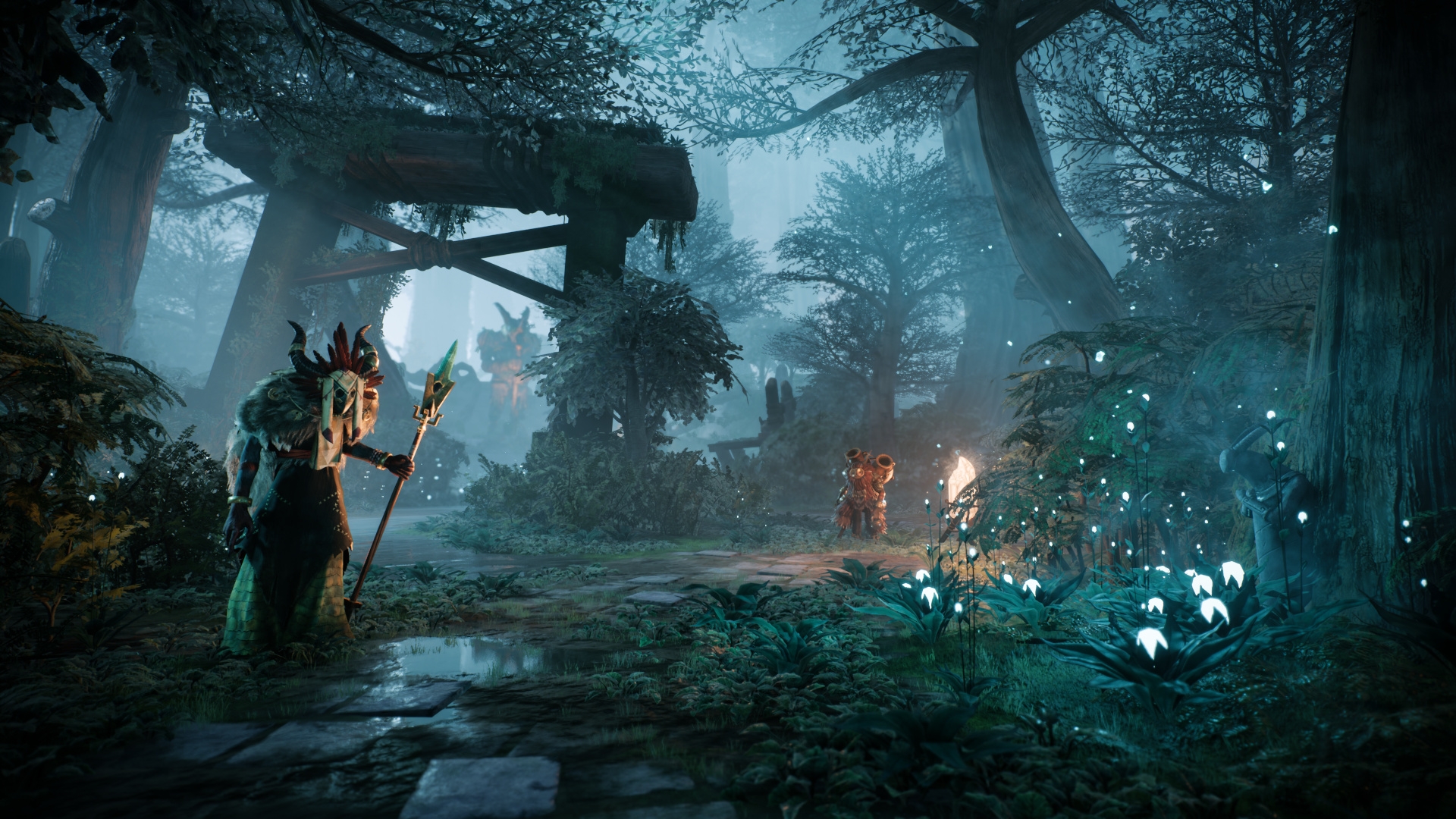 Well blimey, two weeks in a row at number one for this. I had a go, like I promised I would. I think I lasted about twenty minutes. This isn't Darksiders, is it? It's a game that absolutely everyone else wants games to be except for me.

But I'm just so pleased for this game. It's released at the Proper PC Game Price, £30, and is amply demonstrating what a viable price this is. It's updating regularly with all manner of game balancing and refinements. It's doing everything right, and huzzah for that.

The Steam Charts are slit from the belly of Steam's internal charts of the highest grossing games on Steam over the previous week.