Usually after the Steam summer sale horror show, the Steam Charts offer us some respite in the lull between AAA releases and allow us to celebrate the successful release of a bunch of indie games. But as you'll have noticed if you've looked at 2019, nothing follows the rules of sense and decorum any longer. So it is that last week and this, we've had charts that feature only a single recently released game.

So this week we're taking a trip!

To a parallel dimension!

Using my own patent-pending shoestring theory technology, simply press your finger against the red button below, and you will be transported to another version of our universe in which all AAA games are delightful indie projects that have caught the imagination of the games-buying masses! 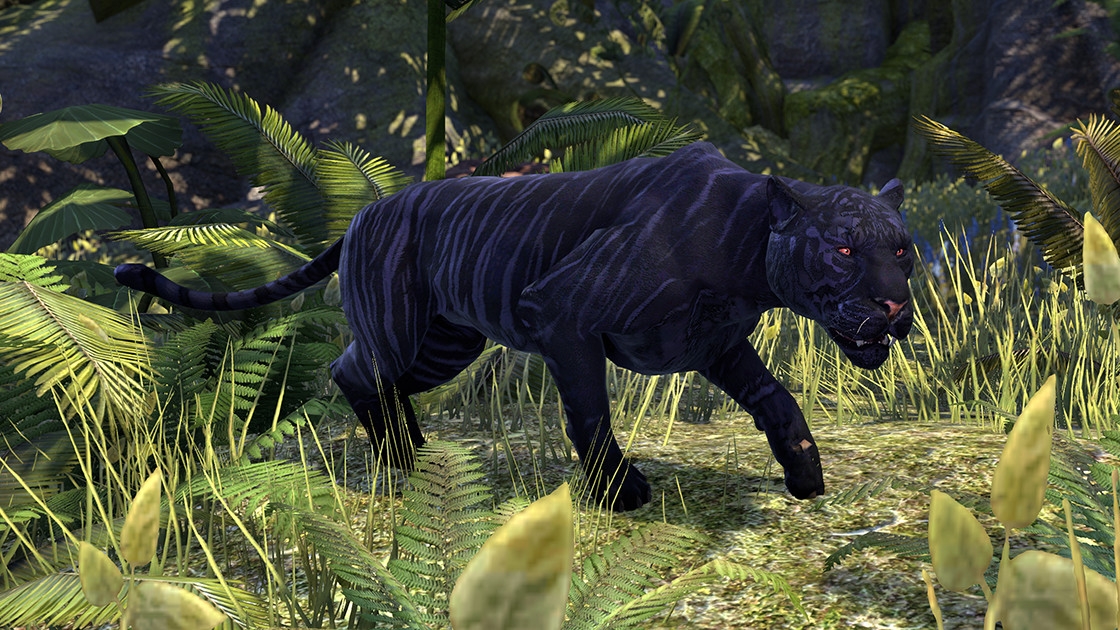 Indie collective Bethesda have been working out of Baltimore for an incredible twenty years, their unique approach to development allowing a sustainable production cycle on a minimal budget. Perhaps most famous for their Elder Scrolls series, older players will remember that the earliest games in the run were released uniquely on paper.

Obviously, while they still release paper-based versions of many of their beautifully crafted games (their subscription model for bespoke hand-crafted monthly mail-outs now having been adopted elsewhere), they've also conceded to the demand for a digital-only interpretation of their gaming world, hence The Elder Scrolls Online. Joyfully, it still embraces the same creative demands of the player, replicating their table-top paper-n-ink model as an online shared universe, where innovation and imagination are still at the core of the game.

Crown Packs, for the uninitiated, are digital versions of the monthly physical mail-outs used with a number of their recent games, where new mysteries and challenges are made available to players to elaborate on the already superb experience. 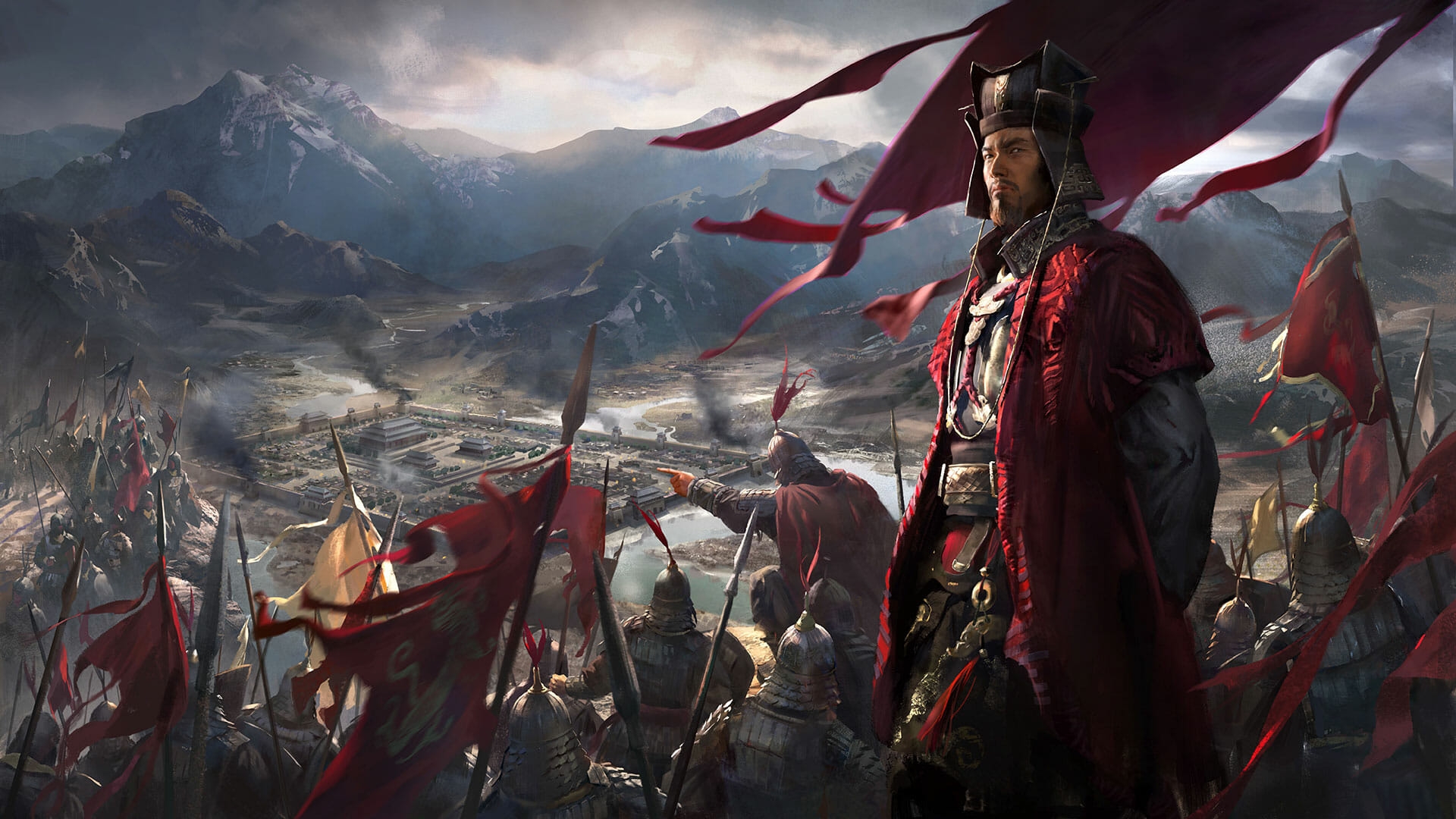 Plucky newcomers Creative Assembly have made it big with their first release. Total War: Three Kingdoms is a niche strategy game, taking on the hefty topic of ancient Chinese conflicts. Obviously this is something you might usually find mentioned in our Flare Path column, but this one has proven a break-out success, gaining far wider media attention.

Which is impressive stuff, given the specific historical nature of the content, not least when presented in such an old-school 2D tile-based format. There's a lot of potential here, and Creative Assembly are already talking about sequels to the game, with the Roman conflicts rumoured to be their next focus. I'd be incredibly surprised not to see the team snapped up by Paradox before that happens. 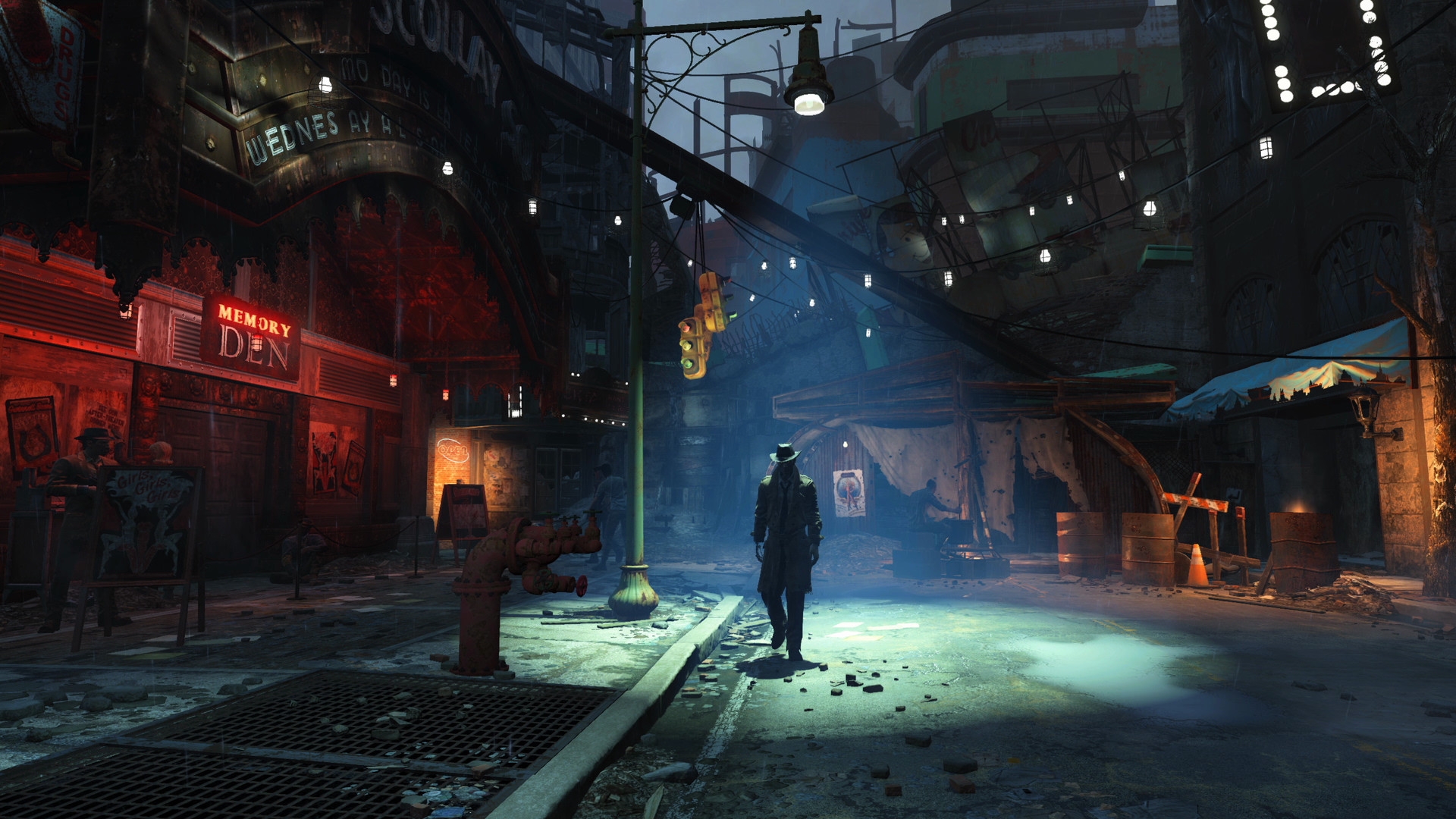 And from the other end of the indie spectrum comes Fallout 4, the fourth - you'll not be surprised to learn - of the Fallout series from Black Isle Studios. While some would argue it's pushing it to describe this turn-based post-apocalyptic RPG as "indie", Black Isle's fierce independence from larger publishers does rather make the case.

And you could hardly accuse them of rushing to cash in on their success. Obviously Fallouts 1 & 2 made their name back in the '90s, and presumably their continued sales have meant there are no immediate financial concerns for the team. Fallout 3 came out in 2008, a full ten years after their last release. Then another seven years went by until the fourth game appeared in 2015. So don't hold your breath for a fifth game any time soon! 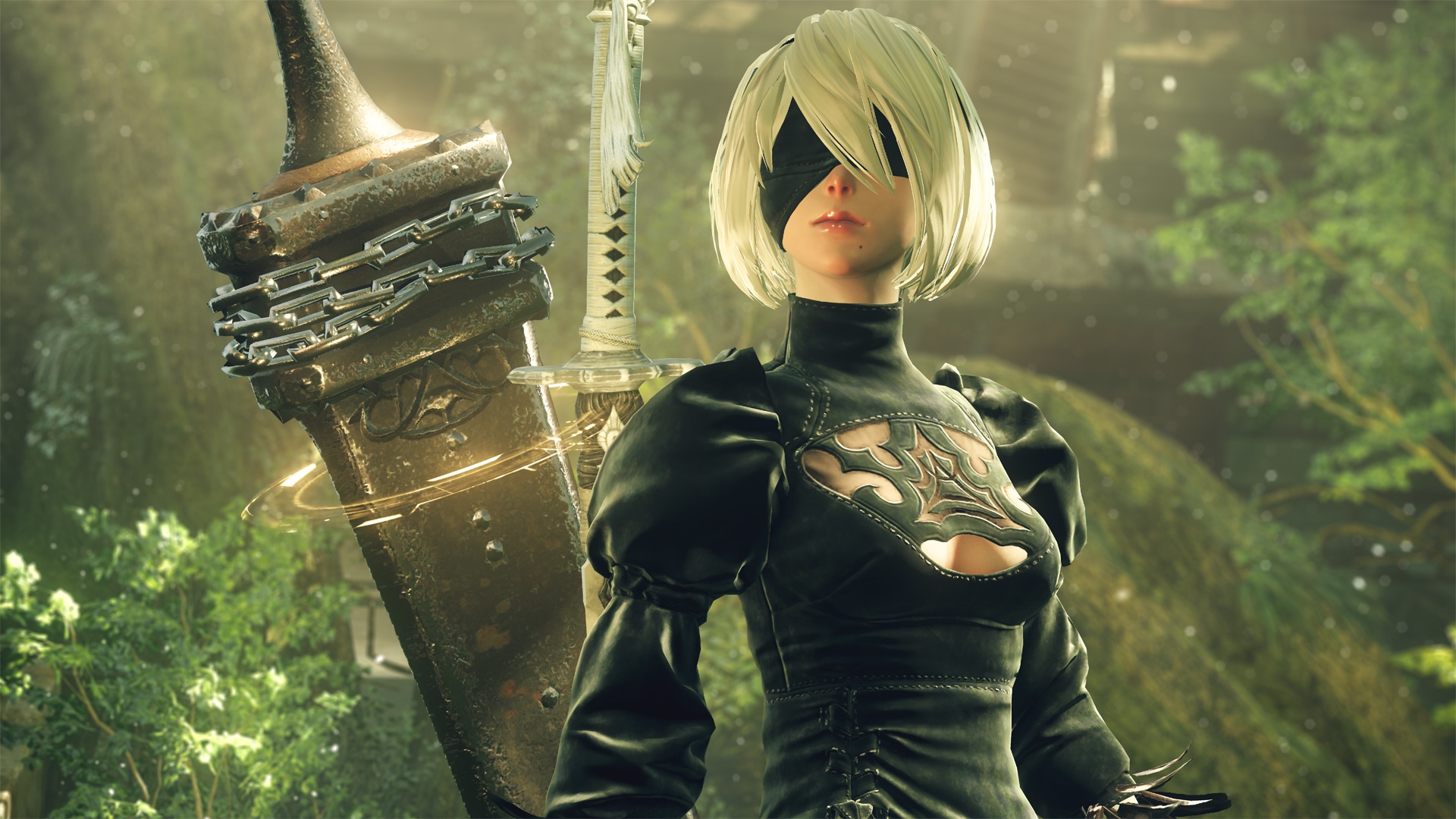 PlatinumGames have been around for a good while in their homeland of Japan, but haven't seen any international success before now simply due to language barriers. Localisation for indie games on their extraordinary scale is prohibitively expensive, and so sadly non-Japanese speakers have mostly missed out on their games.

However, Nier: Automata's enormous popularity has seen a group of volunteer fans creating a completely translated version of the game for English speakers (with versions in French, German and Russian all currently in the works). Hence the game's charting success now. And gosh it's worth it. It's rare to see graphical fidelity of this nature without a publisher providing funds in the background, but more importantly, the Western world is able to experience the moving drama this game so calmly evokes. 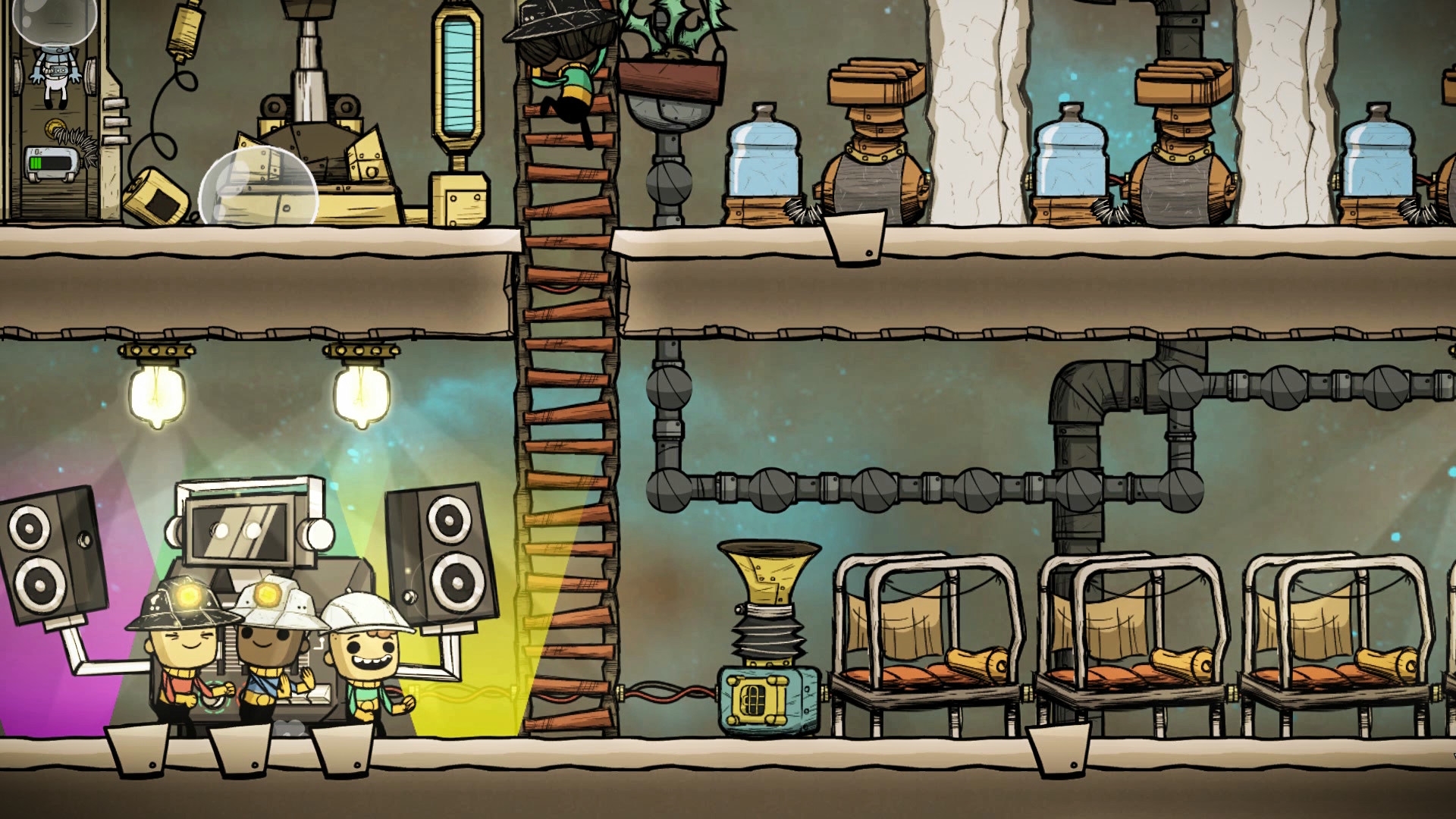 Sigh - this week's run had to be spoiled, I suppose. But what a shame it's bloody Klei "Entertainment" to do it. The development behemoth, perhaps better known for its treatment of its workers than its games, have churned out yet another in their "Not Included" series. And the chumps out there have thrown their money at it as ever, without even waiting for reviews.

Barely different from last year's Carbon Not Included, and indeed the year before's Xenon Not Included, that didn't stop the cretins all pre-ordering it over five years before its release. Well, they get what they deserve for their £140, I suppose - yet another barely iterated version of the same dreary shooter, only more exploitative and unpleasant than the last.

As if this needs any introduction, the most extraordinary gaming story of the last few years. Valve, a start-up team from Seattle, put their idea of a revival of the forgotten '90s concept of virtual reality onto Kickstarter, and the rest is history.

They were realistic going in, which is probably key to this project's success. They asked for a cool million dollars, and went on to raise an mindblowing $15m as the idea caught the imagination of the public. Since then, this tiny little group have attracted major investment from the likes of Microsoft and Preparation H, and their vision is finally to be a reality. Of course, the big question remains: since the tech is no use without the entertainment to run on it, is there any evidence that this team, Valve, is capable of making games? 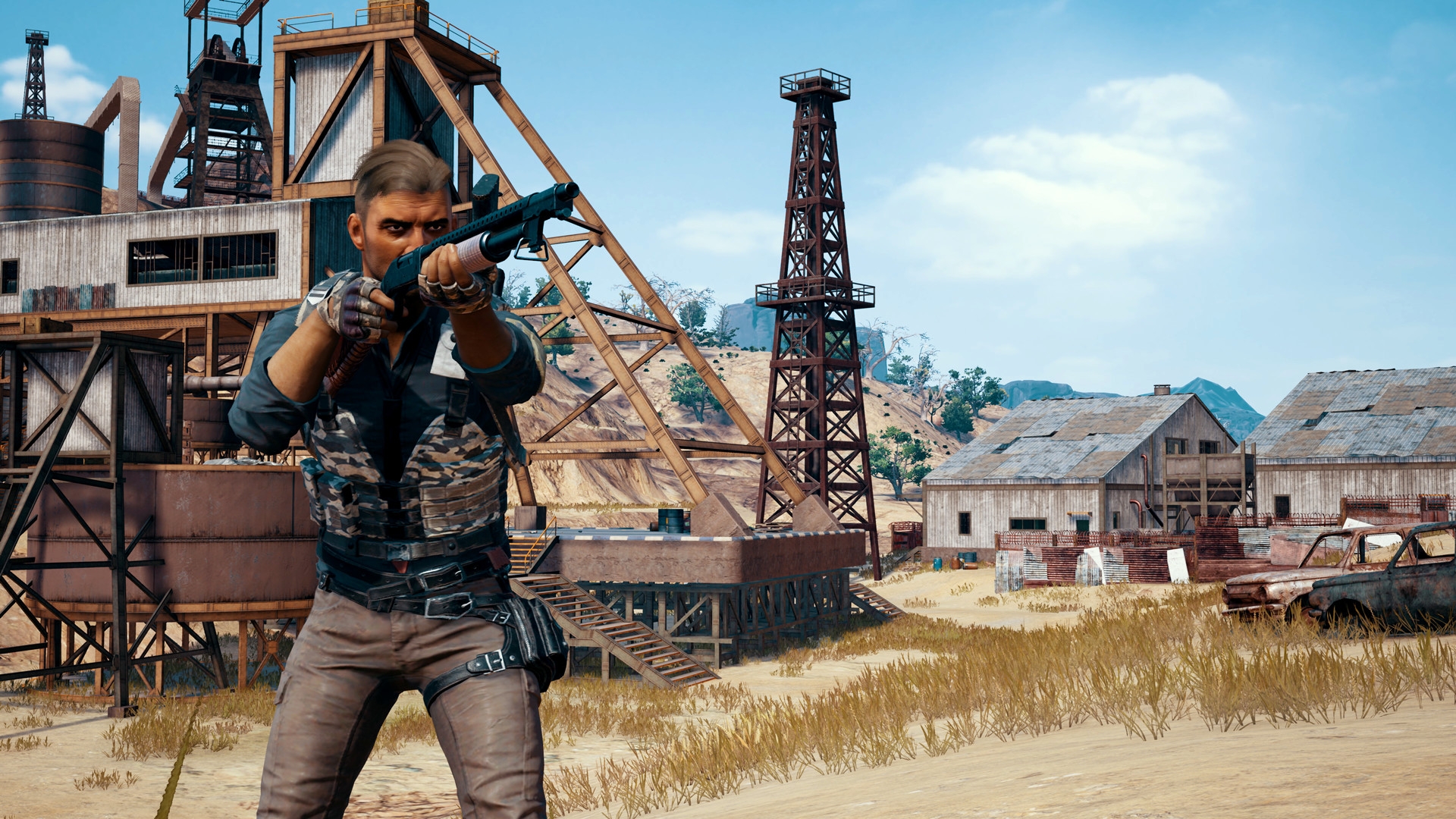 Does this really count as "indie"? A giant company like Plunkbat Corporation putting out a game aimed at cashing in on the success of games like Fortnite? The argument rages on. But instead of getting embroiled in all that, let's listen to some music.

I've loved Bill Callahan since he was Smog, although I was fairly late to catch on during that period. I discovered him in 2002 with Accumulation None. He's just put out his first album of new songs in six years, Shepherd In A Sheepskin Vest, and it's magnificent. However, the below is from his last album as Smog, A River Ain't Too Much Love: 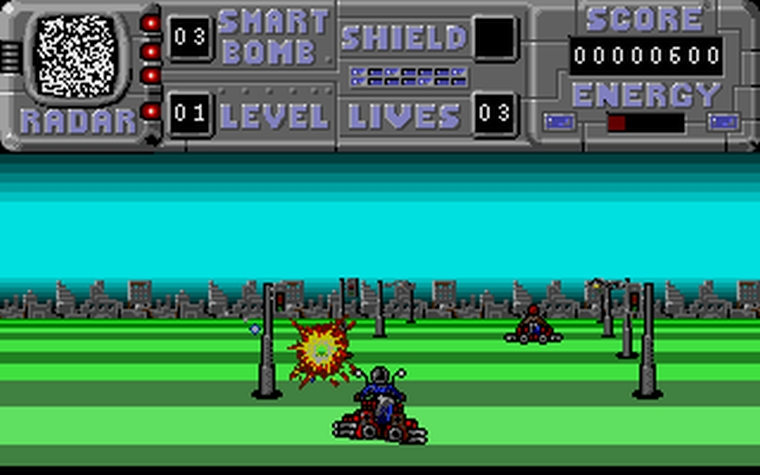 Let's ignore Flibble Glibble Pants for a week, and instead I want to tell you about a game called Grand Theft Auto V. Don't worry, you've not missed the first four! The "V" is for "Videogame", a silly little nod from two-man team Rockstar North. The game is essentially about driving a car, but this is used as an analogy for so many other interesting conceits as the game's narrative plays out. But don't worry, it's a bright and cheerful little project, and it's wonderful to see it doing so well. The number one spot!

I have absolutely no idea why anyone would want to buy anything other than this, but apparently it's in my contract that I have to provide an alternative. Take it up with Graham.

What’s Another Thing You Could Buy Instead Of 6,671 Copies Of GTA V At Half Price Again?

The Steam Charts are compiled via Steam's internal charts of the highest grossing games on Steam over the previous week, stacked on top of one another, and then crushed by the might fist of fate.