As planet Earth continues its inexorable trajectory toward the encroaching black hole, and ever more aspects of our daily lives are being affected, even the weekly Steam Charts are feeling its affliction.

This may seem a more trivial aspect of our final months, but I believe it's vital to recognise the severity of the impact here to better understand the wider implications for how deeply calamitous this situation really is.

For any who still harbour doubts that the situation is as serious as scientists have reported - and of course there are so very many in denial - know this: Playerunknown's Battlegrounds barely made it into the charts this week, while Flibble Glibble Pants, Monster Hunter World and The Witcher 3 don't even appear at all.

Nor is there Rainbow Six: Siege, none of the Total Wars, not even an impossibly obfuscated Counter-Strike sticker pack. Instead we're seeing the compacting effects of the wildly fluctuating gravitational fields, compressing the charts into oscillating waveforms of innumerate confusion.

So peculiar have things become that this week we start with a song.

Busdriver's 2009 album Jhelli Beam is one of my favourite albums, so I absolutely wasn't ready for last year's jazz-fused approach to Electricity Is On Our Side. But you know how it is - when something deviates from your expectations it colours your immediate reaction, but that wears off over time. So I'm now totally loving Right Before The Miracle, and the accompanying five-minute one-shot video.

But allow me the indulgence of also putting in my favourite track from Jhelli Beam, and its completely excellent video: 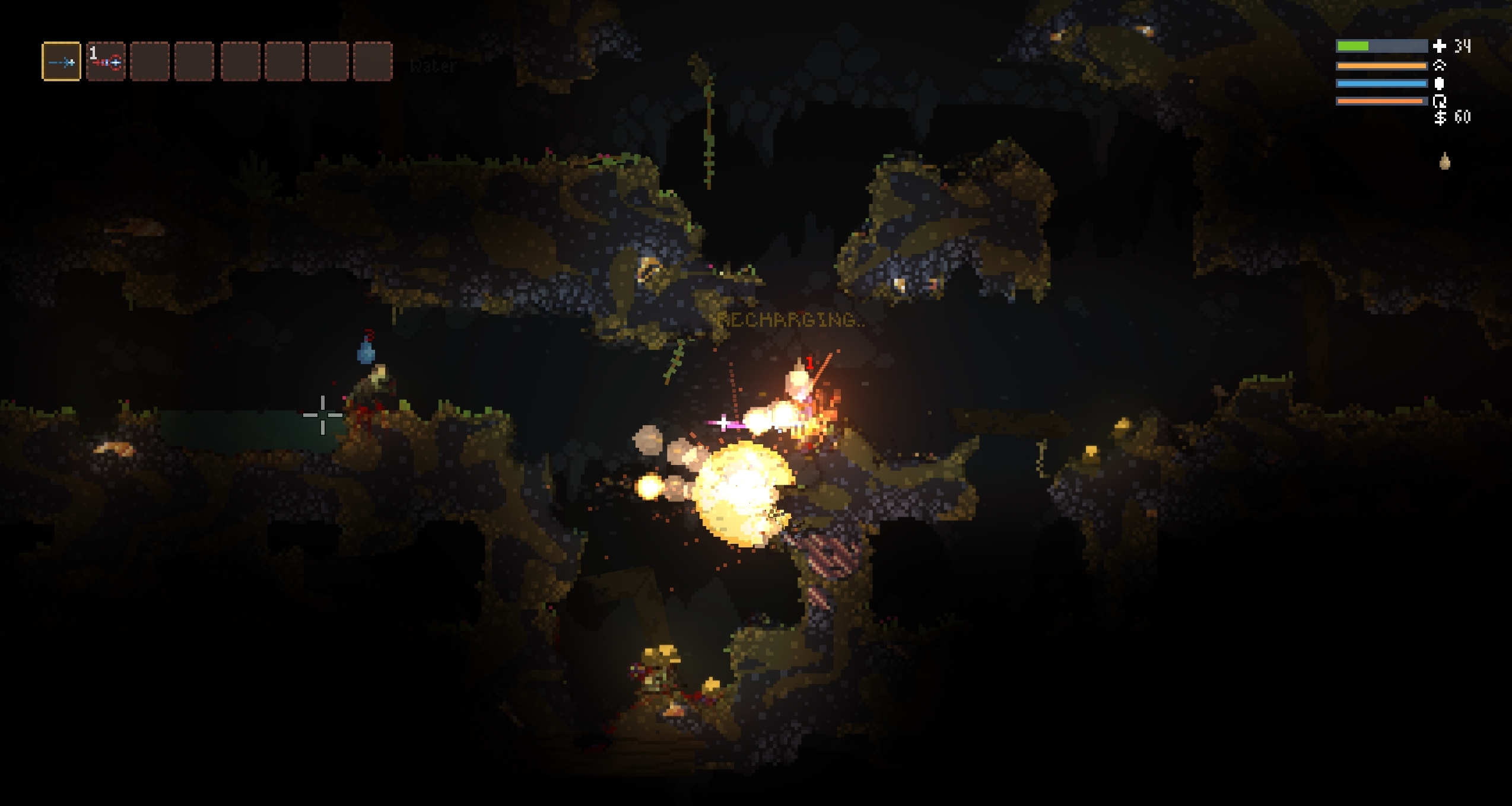 I spend the vast majority of my time playing Noita on fire. And in the game. I am impressively atrocious at this, which I find both delightful and disappointing. I knew from its first reveal this would be the sort of game at which I'd be utterly hopeless, while enjoying my humiliating flailing around at least for a short while.

But there always remains a part of me that wishes there could be games of this ilk, but with a design to be won rather than lost. I know, I know, that's not the point of Noita, and it's not a demand I'm making of it. But with only weeks or months left before rational life on Earth is completely wiped out by crossing the event horizon, it would be nice to have something this inventive and adaptive and imaginative, where I get to succeed and thrive within it. 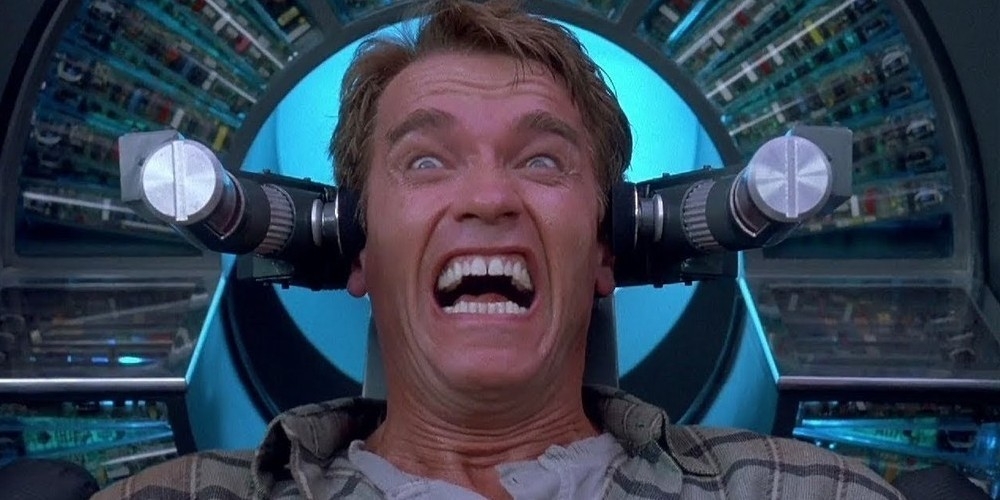 Time is going to slow down fast, if you'll forgive the tautology. Before any potential noodling begins, we are going to be able to lie back and watch the unfurling of the universe around us at extraordinary speeds, meaning those who recently bought a £1000 VR hat will have far, far longer to regret it than any before. 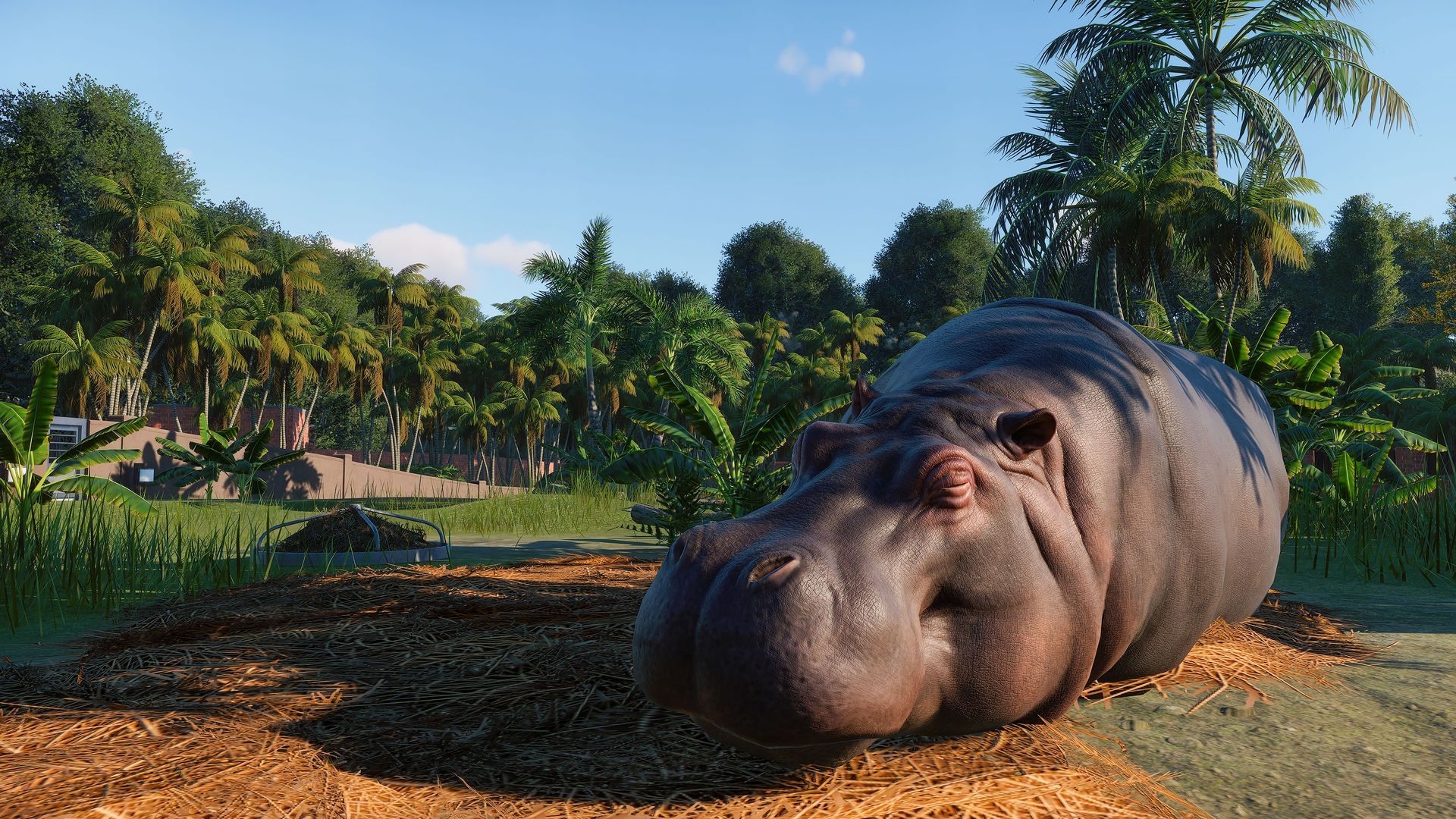 Further proof that everything has gone nutballs crazy, yes, we just skipped from 7 to 3, for a game about a pretend zoo that isn't out for another five weeks. And yet there are still those appearing on the BBC's so-called "balanced" topical discussion programmes saying the bizarre distortion effects are being exaggerated to scare people into further delaying Brexit.

This is a bit of best-of amalgamation for Frontier, if you forget they're most famous for Elite. Forgotten that? Right, so look, it's Planet Coaster meets Kinectimals. Yes, I'm ignoring their weird 2013 Xbox-only Zoo Tycoon too, because that's just far too on-the-nose. Bah. Imagine how good it would be if they'd never made that, so I could just say "It's Planet Coaster meets Kinectimals", and you'd all say, "Ah, what a clever observation!" instead of, "But what about Zoo Tycoon, John?"

"What about Jurassic World Evolution, John?"

A beta started last week, which presumably explains the sudden rush of sales. Yes indeedy, for the low, low price of buying the high-priced deluxe version, you can test the game for them at your own expense! Anyone else old enough to remember when betas were free? Ho ho, what a time it was. Perhaps we'll see it again since tomorrow happened yesterday last week. 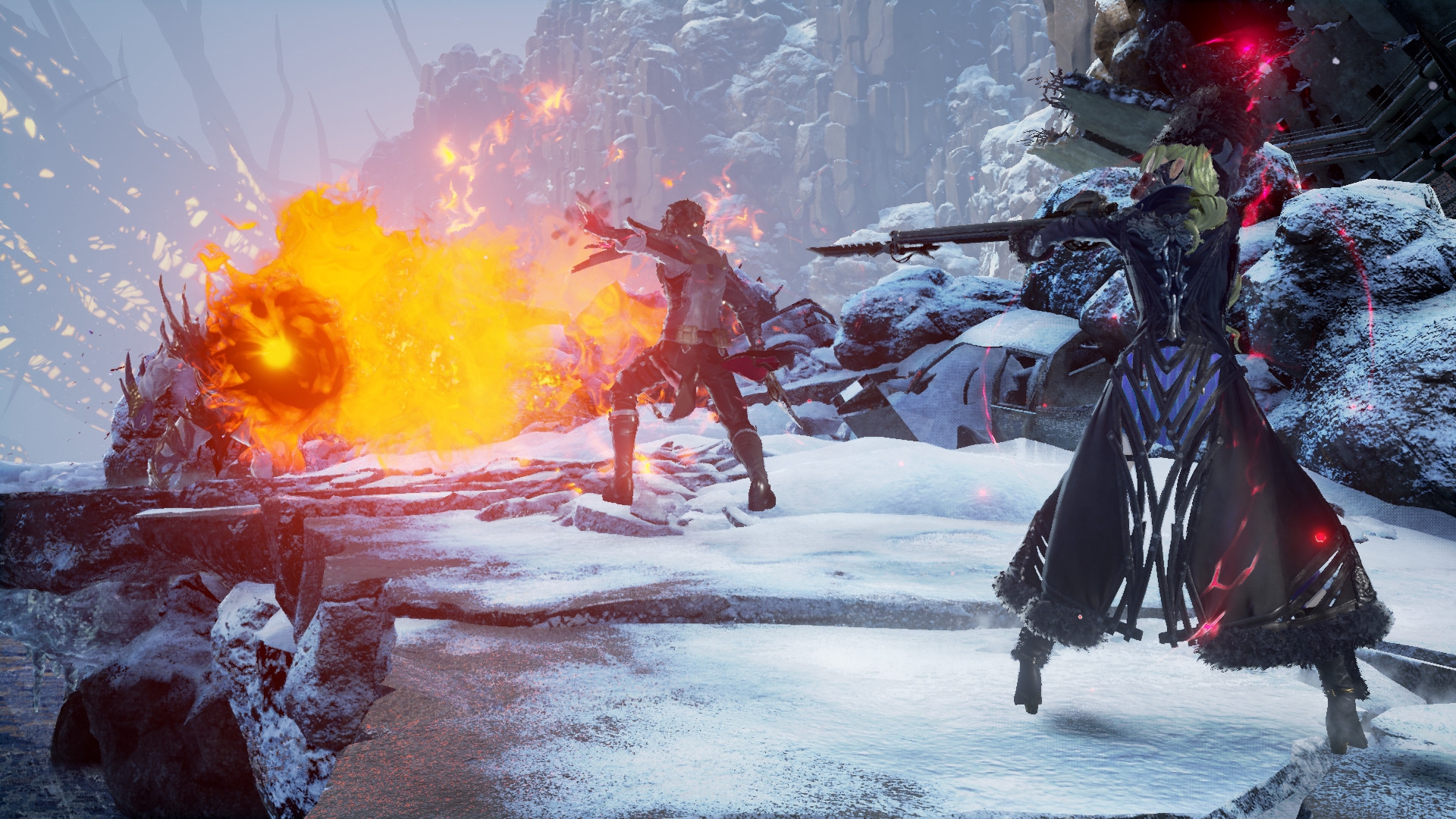 Somehow occupying four of the ten available spaces in the Steam Chart this week, thus obliging me to pad out the entries to make my word count with whatever gibberish comes into my head, is Darksoulsbut: Code Vein.

I think we all know which vein was pumping the hardest when Bandai Namco made this boobs-n-battles souls-like. Matt rather liked the combat, if not the all-consuming sexism. ("No, it's Japanese, so it's OK for it to be sexist! It's cultural." What an excellent argument. I'll let Saudi Arabia know it's off the hook too.)

Quite how it's managed to take up four spots is beyond modern science. There are only two versions on sale, vanilla and Deluxe Edition, and the latter is the one occupying #5. The other three are all, apparently, the former. But then again, we're all about to be incinerated and completely fine at the same time. 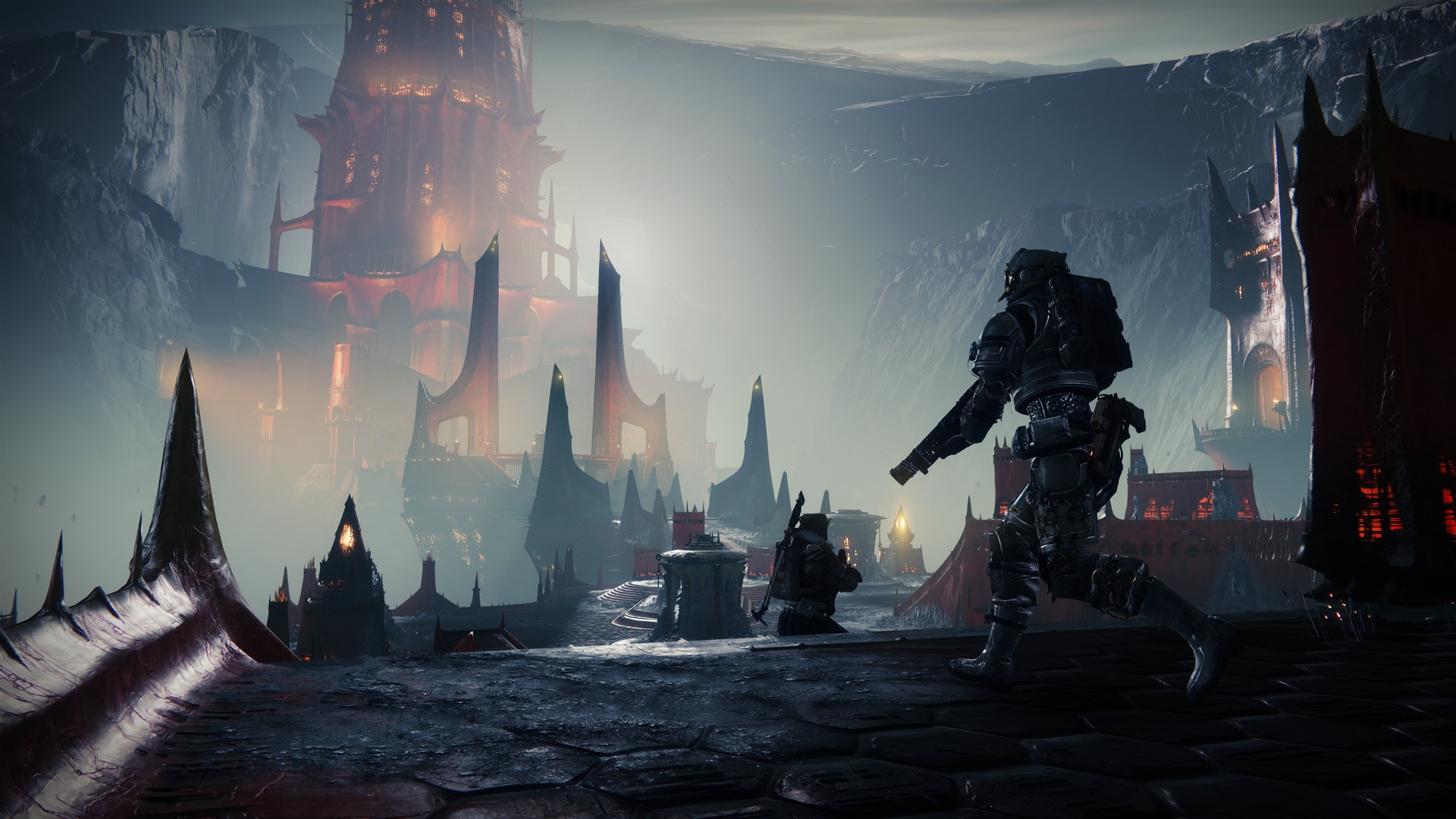 I'm going to play my first ever Destiny game tomorrow, if we last that long! Finally out on the 1st October, after interminable weeks of Chart appearances as it completes its glacial transition from Battle.net to Steam, I'll finally get around to having a go. I mean, I downloaded the free version to my PS4 a year ago, but keep forgetting to give it a try. I hear it's quite good. But we shall see.

It's the Deluxe version in the #1 spot, vanilla Shadowkeep at #6. The main game is 'free to play', and you can pre-load it now should you wish to save time. 83GB though. My SSD laughed at me. Much as the rest of the universe will laugh at us as we cross the event horizon, and then watch us die. Spooky stuff.