If there's one thing that's guaranteed to sweep through the Steam Charts like a giant fart, it's a Steam Sale. Blowing out all the fresh, original or interesting new releases, the mid-year discount warehouse (Junction 45 off the M91) ensures it's a top 10 of games you already bought or decided you don't want to buy.

So who is buying them? Baddies. You lot are the goodies. It's the baddies who do this to us. 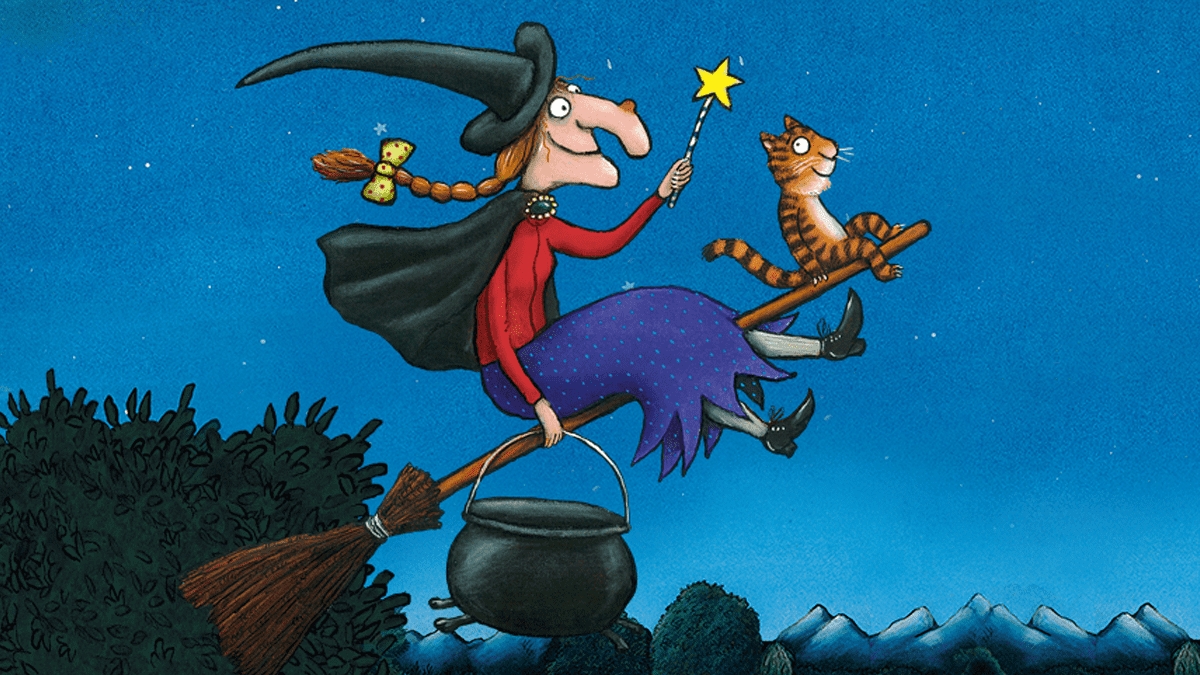 Do you know, I've never played The Witcher 3. Gosh! A week of Twitter abuse is surely the only correct response. But the reason why - as I enter a third week of mainlining a Divinity OS2 replay and finally reach the third act for the first time - is I just don't like Geralt. I can't get past that. He's a colossal dickhead.

I suffered through as many hours of the awful first Witcher game as I could stand, and developed such a deep hate of the loathsome prick that I cannot find the energy to want to have to be him again. Worse, to help him win at life.

I also tried Witcher 2 when it came out, because everyone raved, and it was immediately this smuggy tiresome too-hard tedium, with the same unlikable git to play as. So, against the obviously correct tidal waves of celebration the third game receives, and the imploring of my smart and sensible chums, I've never gotten the willpower together to try. Because it's him.

Thing is, I rather suspect that when DOS2 eventually ends (assuming it actually ever does) that I'll have this big epic RPG-shaped hole in my life, and TW3 will just be there, being this thing that could potentially fill it. And I'll be tempted. But then... bloody Geralt.

70% off is a bit good though, isn't it? A tenner for the three year old game is the price it should be by now anyway, for another week yet.

9. Bloodstained: Ritual Of The Night 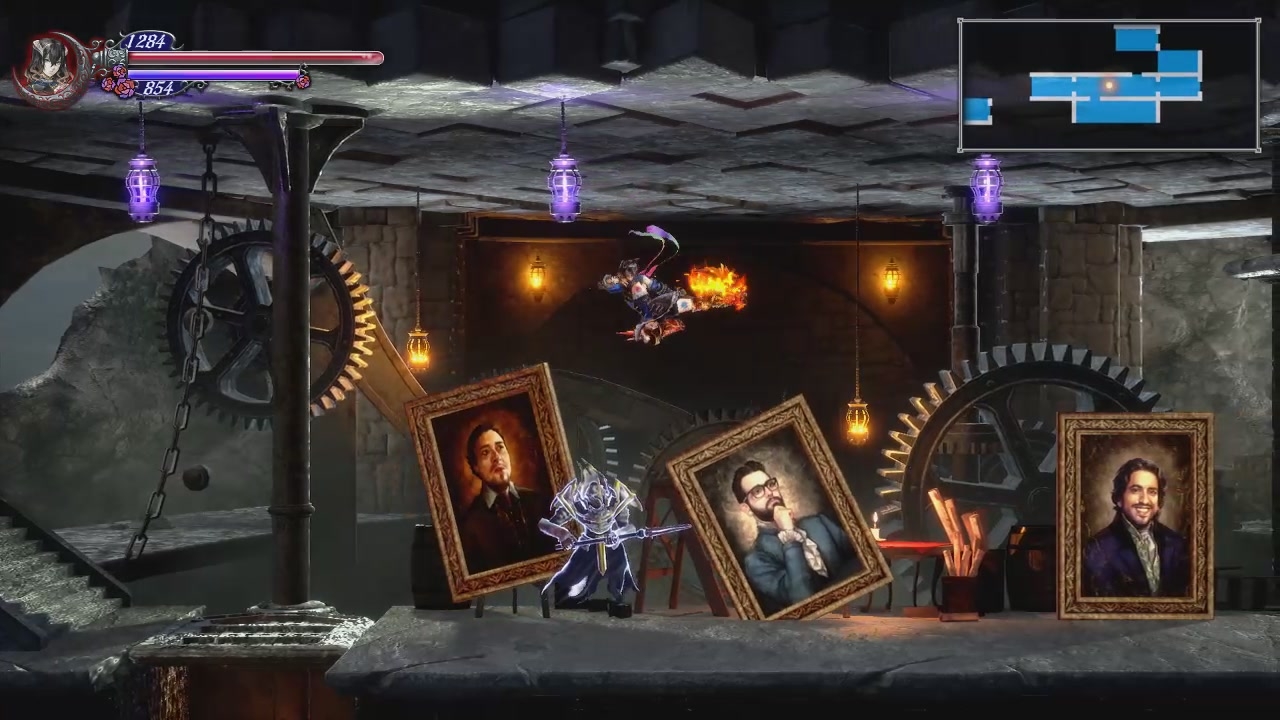 Kudos to Bloodstained, for clinging onto a chart position despite the Bumper Bargain Bonanza. They've rather generously clipped off a 10% in the second week of sale, to ensure a sale presence. Because eurgh, who would want to be a newly released game on Steam when their sales drop? No one. No discount and you can, well, discount (sorry) any chance of finding a spot any customer is going to notice.

Bloodstained had the considerable headstart of being last week's #1, but pause for a moment to think of any smaller or unknown developer who has this week released the game they've sunk their life into, only to find that it's almost impossible to discover on the store. (Seriously: have a play of Find The Full New Release List On Steam Just Now. See if your mousewheel lasts until you reach it. (And even that wasn't there when the sale launched.)

Still though, CastleVania-by-another-name Bloodstained is still managing to sell enough to keep up with the below discounts, so yippee! 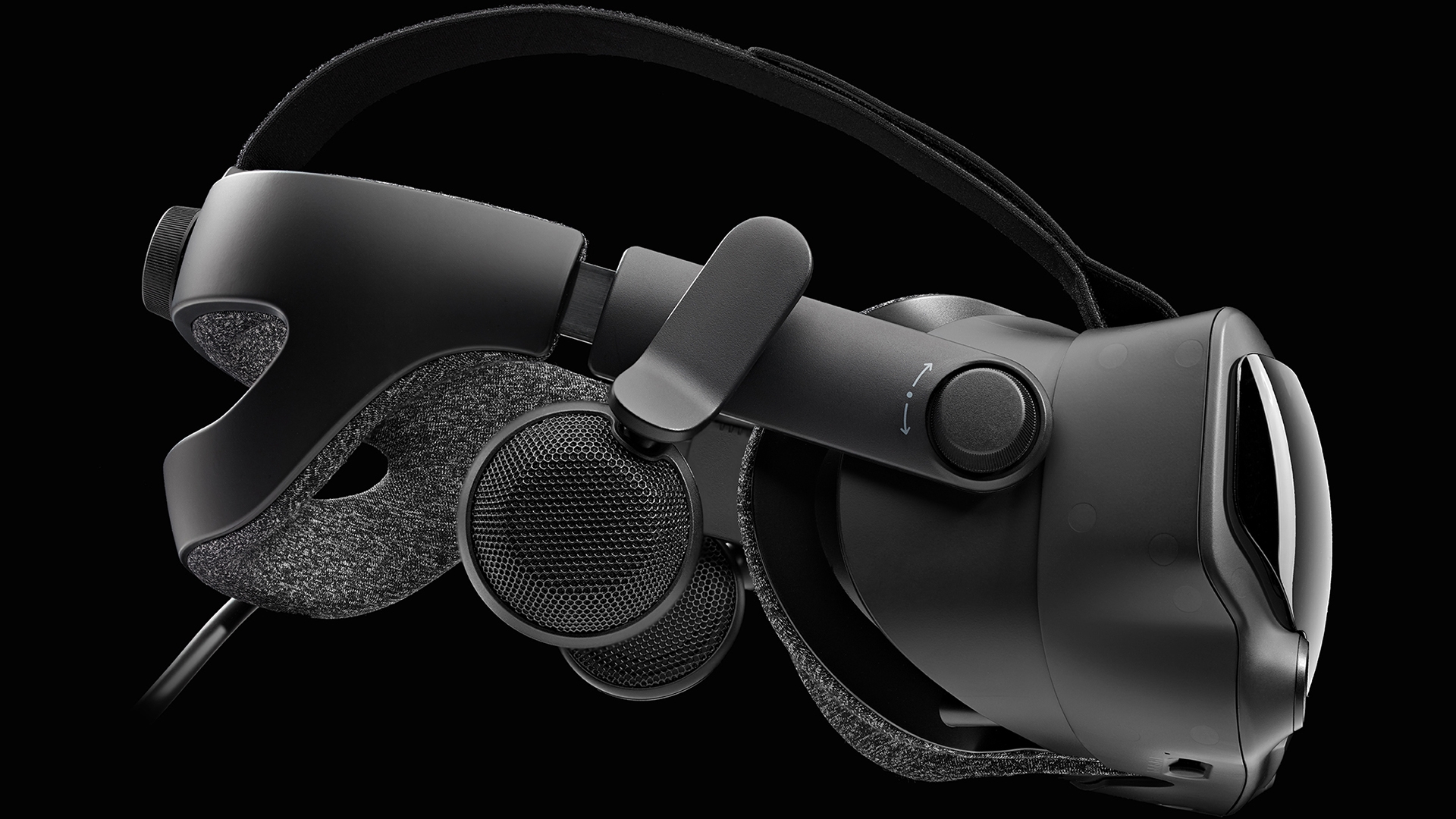 Perhaps the excitement of the Index Controllers' shipping has caused everyone to remember this exists - at some point in the future? There doesn't appear to be any discount on them, so it's not entirely clear why they've poked their way back into the charts this week. Although of course this is a 'highest grossing' chart, and at almost a thousand pounds a pop, it would take considerably fewer sales to have them appear in a list that often contains some pretty minor games in its lower ends.

I'll tell you what though! The Valve Index will be the tool that brings VR to the masses! At a grand a time to play the barely any games, how could it not?!!?!?! Throw away your monitors, people! This time, for some reason, VR is going to succeed!*

*VR is not going to succeed. 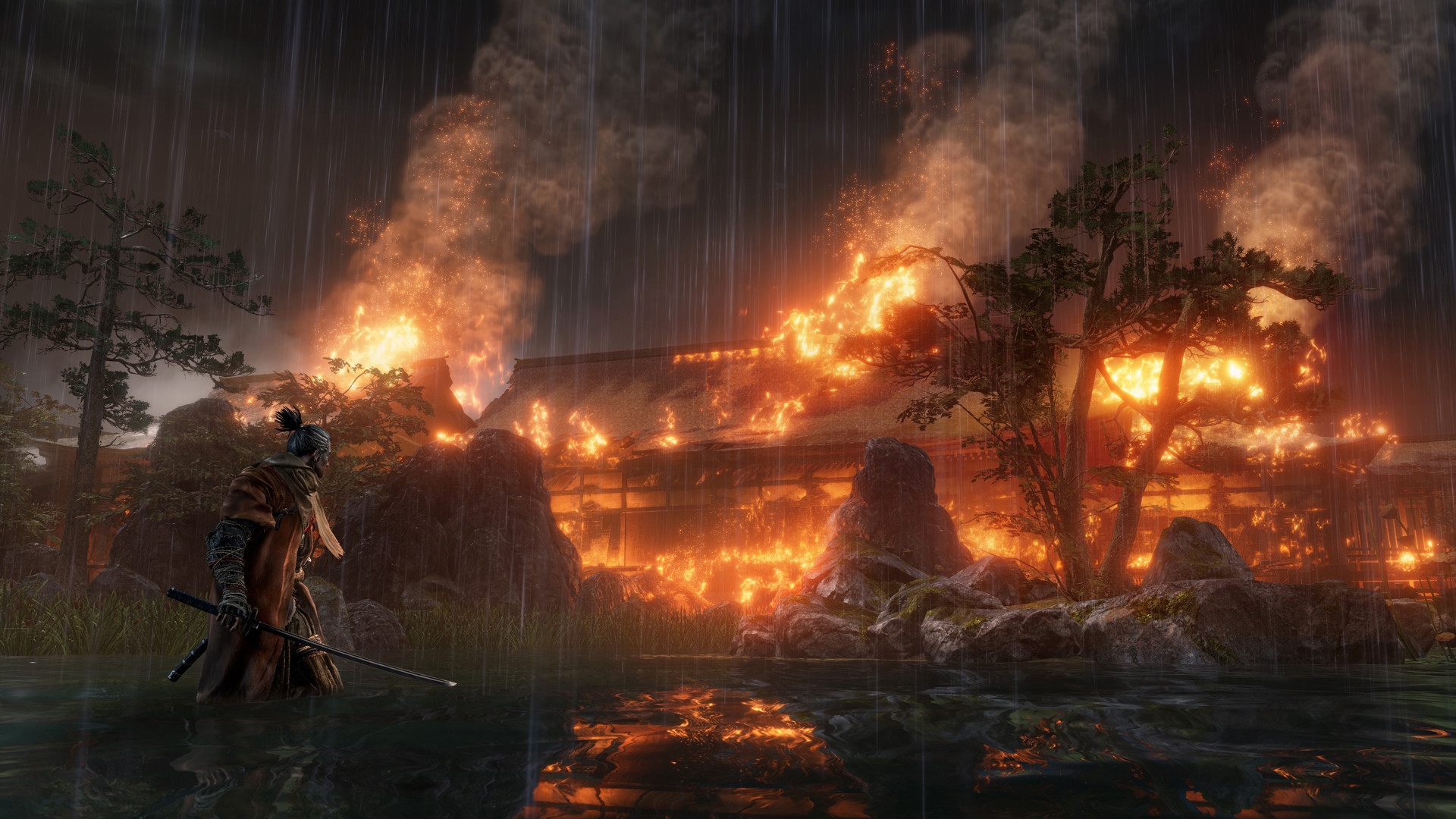 Bit of an exclusive here. I have the first details on Miyazaki's next game after Elden Ring!

It's called Misty Gloombox: Rainbows Ascending, and marks something of a shift for the Souls-creating developer. Listening to a lot of the feedback he received from journalists after the release of Sekiro, Dark Souls III, Bloodborne, Dark Souls II, Dark Souls, Demon's Souls and Armored Core: Last Raven, he now acknowledges that his games are clearly too hard. So Gloombox will address this directly. Set in a glum setting of evil forces and angry demons, this action-RPG will have the player introduce colour to the world through the medium of cuddles. Boss fights are to be replaced by just a lovely chat.

He's also retroactively changing all his previous games to stop them being so hard, because journalists demanded that he do so, and as such was left with no choice. So the next time you load Dark Souls, expect a required patch to remove all those bits that were spoiling it and killing your character. 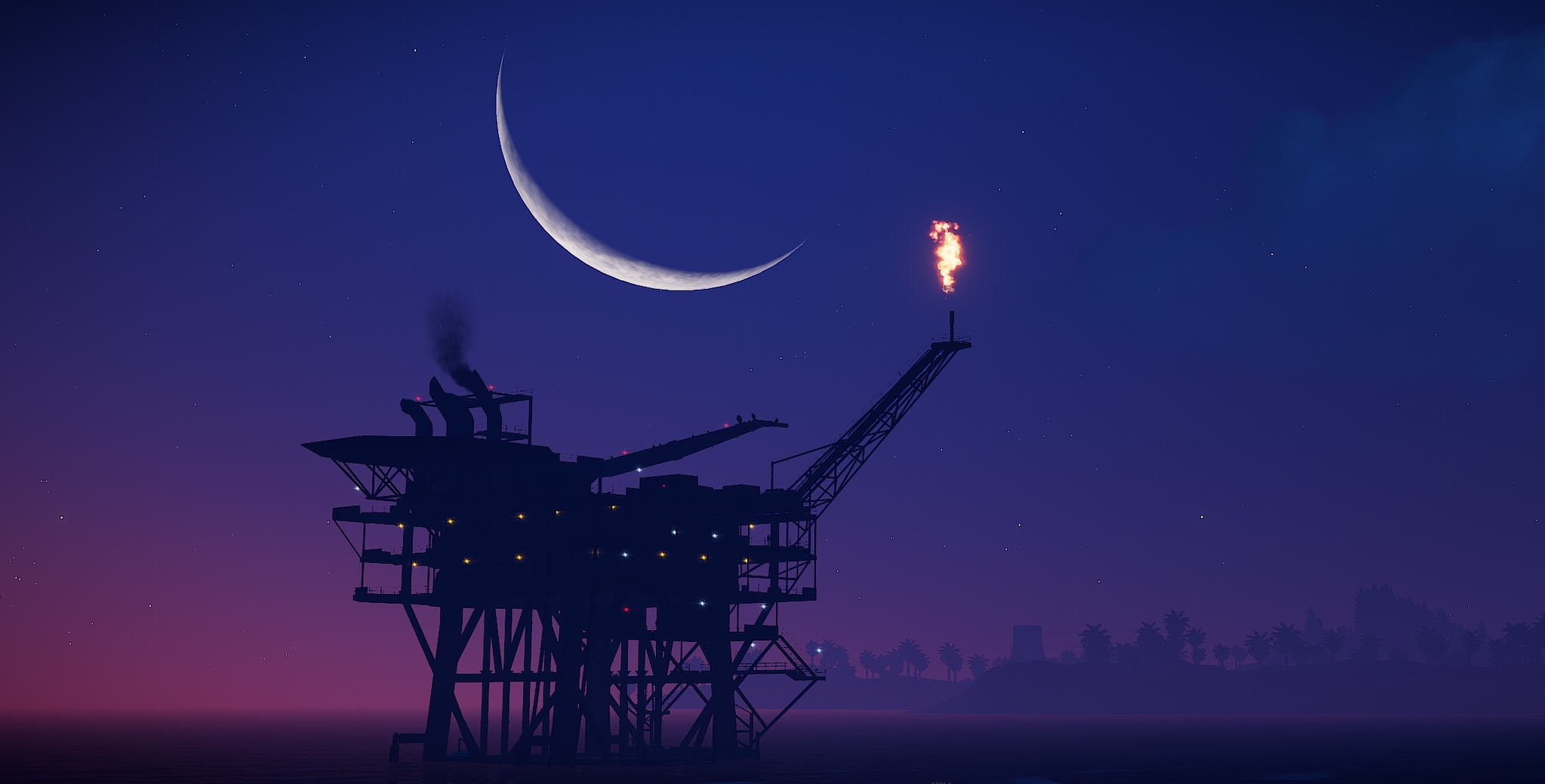 When I last played Rust, it was a game about finding yourself stranded on a beach with only a willy for company. Now it has oilrigs?! Like, enormously detailed functioning oilrigs? Looking through Rust updates is a frankly bizarre experience. "The Air Power Update", "The Hot Air Balloon Update", "The Perkier Penises Update", and so on.

There's also a page for you to add your own suggestions. My favourite of which reads: "Make Ladder No Bp", adding, "its a fucking ladder , u shouldnt have to learn a blueprint for it".

It is now my life's work to track this person down, take them to a wood, and demand they just make a ladder.

"MAKE THE LADDER! NO! NO HELP! JUST MAKE A LADDER! IT'S A FUCKING LADDER!" 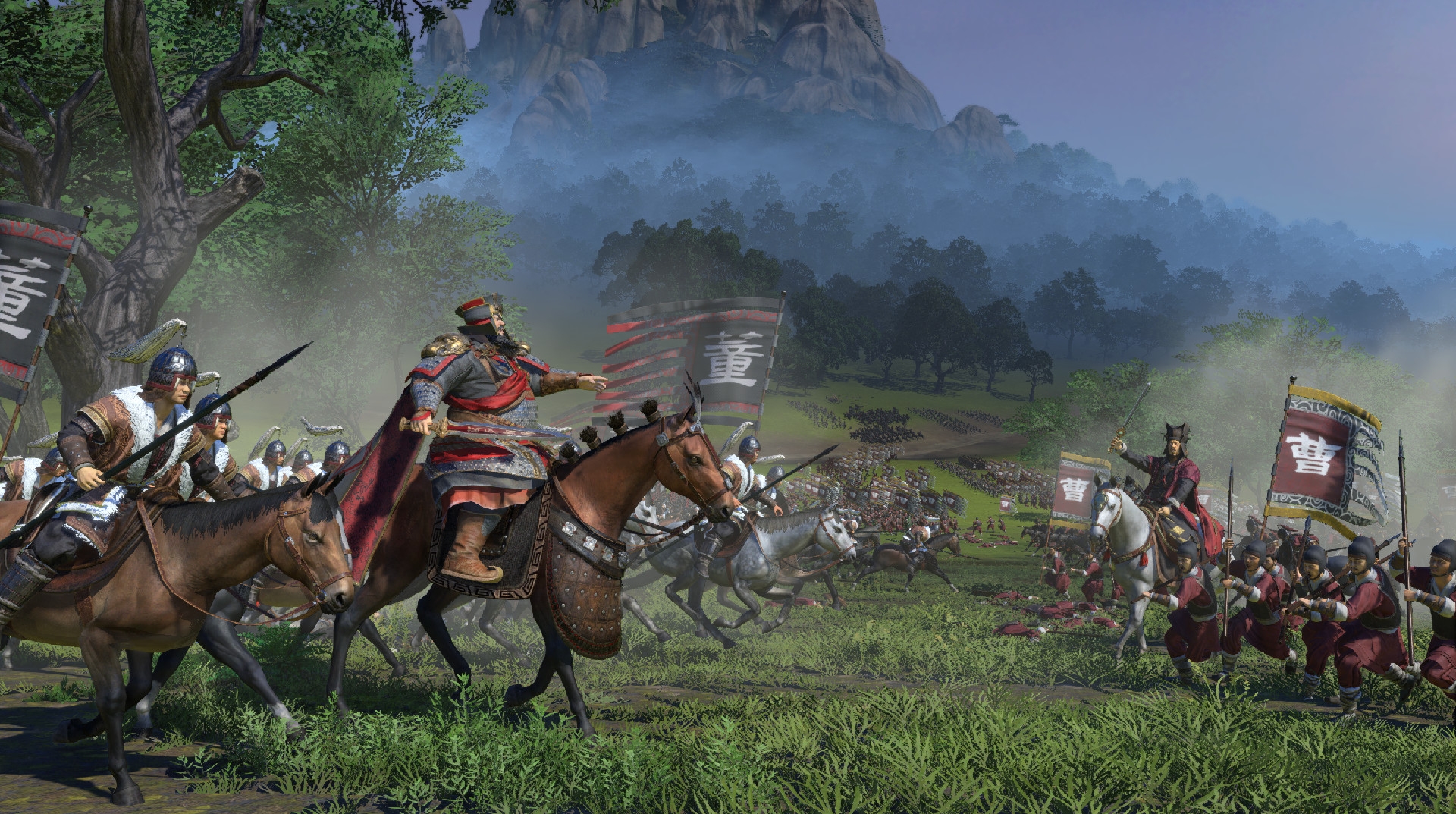 Even with a nominal 10% discount, this still costs a whopping £40. I have literally nothing else in me to say about it. It's another Total War game. They will keep making them forever and ever and ever and ever and ever, and each time they add a change, everyone will hate them for it and they'll roll it back in the next one. FOREVER. 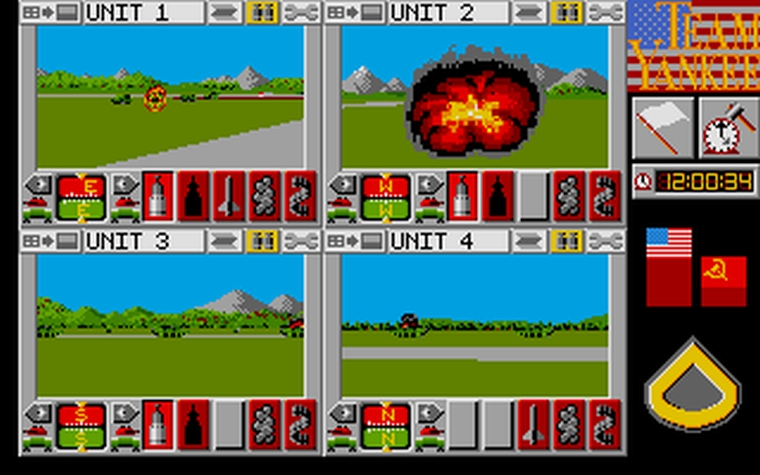 These anti-fart pads for your pants. 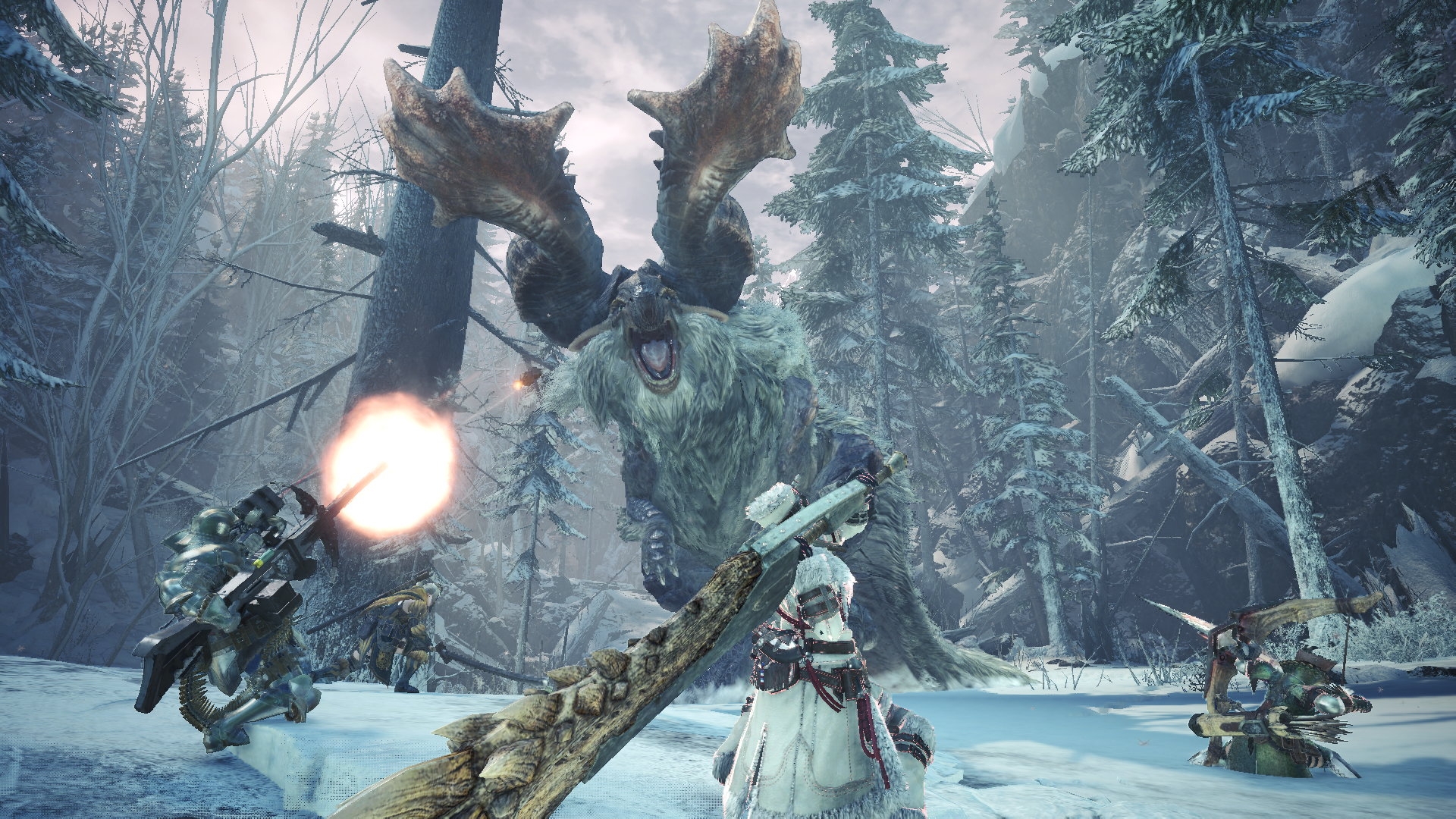 Gosh, it's been so long I'd forgotten the running joke I did for the grimly long time this sat on the charts like an elephant. It was spoof guides for made up monsters, I now recall. I am VERY funny, and you all fail to value me.

I should probably dust it all off again, with the Iceborne expansion coming this winter. But I only ever wrote it in the hope that it would somehow get some accidental Google SEO (I mean, I did all the h2 tags and everything scummy websites like Rock Paper Shotgun and their ilk use to drag drive-by traffic with such articles) and annoy someone. But if it did, I never heard about it. And hearing that I've annoyed someone is the only thing left that motivates me.

In other news, this recent patch note makes me feel like I'm from another planet.

"Fixed an issue where Arch-tempered Kulve Taroth's resistance parameters for abnormal statuses was lower than on other platforms."

Some weeks I struggle to think of a particular song. Others I've far too many! Like, should it be the wonderful Drugstore cover of She Don't Use Jelly, or perhaps even the most '90siest video ever made, the original Flaming Lips version? And then getting into that glorious 1994 groove, perhaps it should be Stereolab's Ping Pong?

In the end though, with the spirit of Glastonbury, I've gone for... er, Cymbals Eat Guitars' And The Hazy Sea live performance from 2009's Pitchfork Festival. 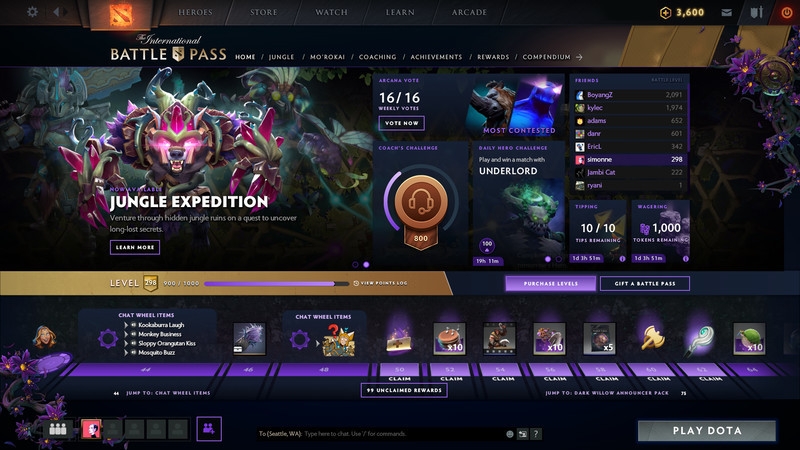 Yeah, sorry. Some DLC bundle for Dota 2 I can't be bothered to fathom has somehow topped the charts during the Summer Sale. It's $30, and was supposed to be limited to one per customer. But from reading the 'reviews', it seems the Steam audience responded predictably, and immediately found a loophole to buy two of them. So Valve have now decided to let everyone buy two, and people are all, "WOO! WE'VE SMASHED THE SYSTEM! WE CAN GIVE TWICE AS MUCH MONEY TO THIS COMPANY NOW!" Man, they sure showed Valve.

What an anticlimactic ending.

The Steam Charts are compiled via Steam's internal charts of the highest grossing games on Steam over the previous week, handed to a lovely man who tries to make it a bit funny.