One of the best things about recent Tekken games is their genuinely impressive degree of character customisation. While you might be limited to a base character model - you're not going to be making your own character from scratch - there are a truly enormous number of outfits, accessories and downright silly costume pieces that you can slap onto them to show off online. To celebrate Tekken 7's first anniversary on May 31st, it's getting a bucketload of free new goodies to add to your wardrobe.

Many of the costume goodies on their way originally debuted in the arcade original version of the game, but are finally making it to home systems now, although there do seem to be a few new bits in there as well. Among the outfits are a line of official New Japan Pro-Wrestling branded gear, and a range of fashionably wintery Christmas swimsuits for everyone. Yes, swimsuits. And yes, everyone. Even the bears. It's a real sight to behold. Especially on Paul. 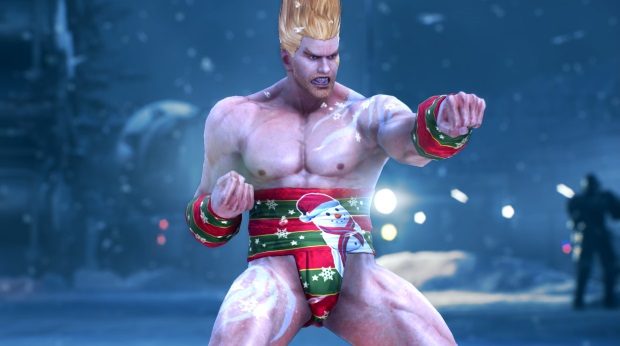 Glowing auras, reflective silver costumes, new hairstyles and temporary tattoos abound. It's impressive to see just how many options there are, and nice to see that (unlike certain other fighting game franchises that I could mention), when they release silly swimwear collections, they give them to everyone. You've got a lot of leeway to create a true fashion disaster, or a hyper-coordinated new look that really defines your presence in the online fighting scene.

The deluge of fresh styles will be hitting Tekken 7 on May 31st, but you can get a peek at a few more of the items available via fan-site TekkenGamer here.