Against my better judgement, I have continued my battle to become a competent brawler in daft fighting game Tekken 7. In the realm of biffing games, Tekken is an angry, side-stepping maniac who likes to play dress-up before battering its victims into a pulpy mess. I like it very much. Last night, I accumulated eleven wins in a row, eight of which were against a single opponent who simply refused to give up, resulting in mixed feelings of accomplishment, pity, pride and bloodlust.

Punchgame enthusiasts will find nothing new or impressive in this short story, but as a newcomer, it’s interesting to discover the hidden language of fighters, not just in the ‘ring’ but also during the bits in-between, like the matchmaking itself.

Let me set the scene. I was matched against a player fighting as Lars. Lars is a Swedish soldier with bad hair whose likes include “Peace of the world” and “Justice”, according to his Tekken Wiki. His dislikes include: “his father”. 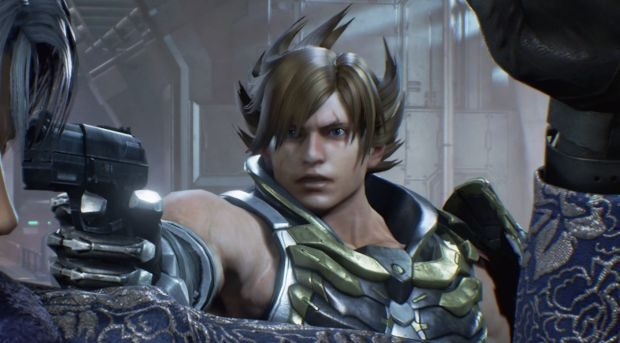 Meanwhile, I was playing as Miguel, a former matador from Spain (with gorgeous hair). I like him because he fights like a really angry man outside a pub. He has the slow, undisciplined fists of a brawler, and he’s easy to understand as a newbie. He’s also permanently furious, which I adore. His middle name, Caballero, means “Gentleman”. But he is not one of those. 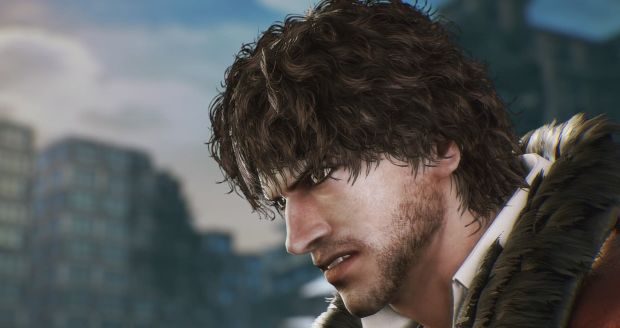 We fought, and I beat Lars comfortably, three rounds to nothing. This was the first time, it dawned on me, that I instinctively felt like a better fighter than my opponent. The match ended and I waited to see if he would request a rematch.

In Tekken 7, you get to request “revenge” matches (or accept them) immediately after a fight. This isn’t unusual. But it has surprised me that so many people agree to these follow-up matches, and not just one. It's common to have two, three, four follow-ups. For years my multiplayer diet has been team shooters like Overwatch, where losing teams tend to quickly disband. But here, everyone is up for another fight.

This applies to me too, although there are exceptions. If I’m destroyed without managing to land a single hit, I will probably take to my knees and crawl away from an opponent as fast as possible. Otherwise, I hammer the “Request revenge match” option hard and often. After a few harsh defeats, I’ll quit and seek a new fighting partner. 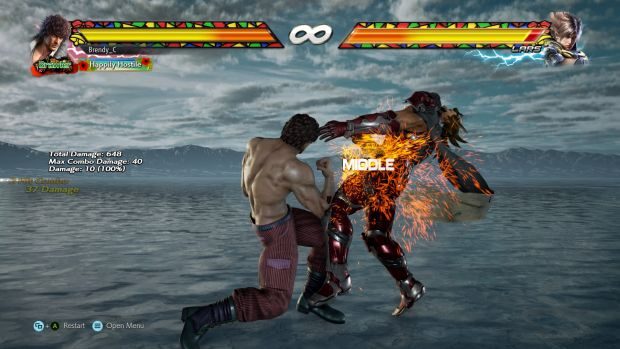 This means it feels like there's an unspoken attitude to rematches. The loser isn’t whoever loses a match. It’s the first person, after several matches, who moves onto a new opponent. In the churches and jungles of the fighting ring, quitting and avoiding a rematch is a form of tapping out. A little message pops up if your opponent has scampered away. In English it reads: “the connection to the other player has been lost”. But in Tekken, this translates to: “I can’t beat you.” (It can also mean: “You are rubbish and I’m bored of fighting you”, “I need to go, dinner is ready” or “no really, the connection to the other player has been lost.”)

Anyway, Lars wanted a rematch. And Miguel, whose only hobby is listed as “starting fights”, was happy to oblige. I have reconstructed the ensuing drama here using screenshots of practice mode. 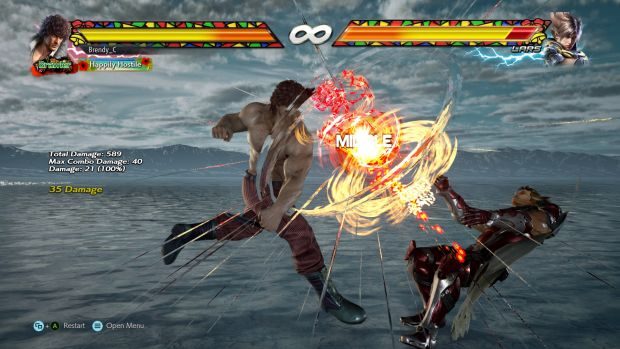 I beat my foe again and again. I backhanded him in the face, I stuck my boot into his head, I stomped on him as he lay on the ground. At one point, Lars got out a gun and fired a shot at me (!) but it was slow to load. I ducked and charged him down with a dirty shoulder barge. My opponent did get noticeably better in later matches, and began to foresee my chargedowns, my roaring haymakers. But it wasn’t enough. 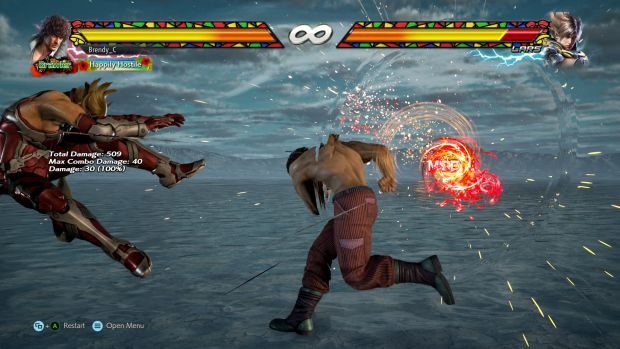 Then, at the start of one match, a big red “DEMOTION” appeared on the screen. This meant that, if Lars lost, he would lose his current rank and be busted down. My empathy stepped in. We should let him win this fight, it said. Demotion isn’t fun.

NO, said my ambition. THAT’S NOT HOW FIGHTING GAMES WORK.

Jesus, why do you speak in all-caps, Ambition?

IT DOES NOT MATTER, he said. YOU HAVE TO KILL THE SWEDISH MAN. 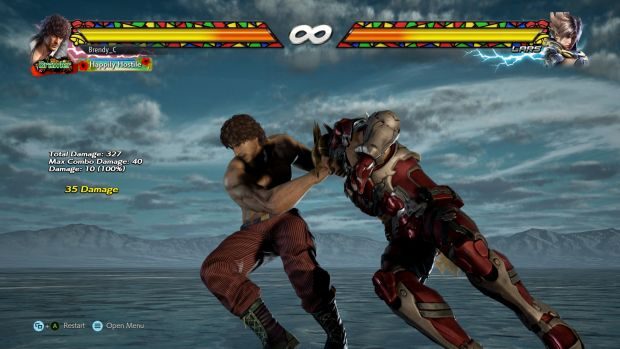 He was right. To hold back and throw a fight would only do him a disservice. And nobody would be so kind to me. So I defeated Lars once more, knocking him to the ground again and again. Miguel, whose fighting style is described as “none”, won me yet another victory, and a promotion to "Mentor" in the process. After that, we played a couple more rounds. But after 8 losses, my foe finally quit. “I can’t beat you,” he said to me, in Tekken.

This etiquette must be obvious to any joystick twiddler out there but it’s something I’d not realised or expected. It's a punishing world but a rewarding one. And not only because I finally punched the air last night with a sense of real victory, but because you’re encouraged, simply by social norms and a sense of shame, to endure for as long as possible against a foe. But even if you tap out in the end, you still get noticeably better because of this, like Lars did. It’s a brutal, adrenaline-soaked form of practice-makes-perfect, and it's likely my opponent learned more from this fight than I did.

I will try to remember this when I lose the next eight matches.