By the time you get to the third Temtem dojo, you've probably met the vast majority of the available Temtem. But then the third dojo leader springs Shuine upon you and suddenly things get a lot more difficult. Naturally, once you've beaten it, you'll want one. We've tracked this rare beast down so you don't have to spend hours mindlessly wandering around the world of Temtem. 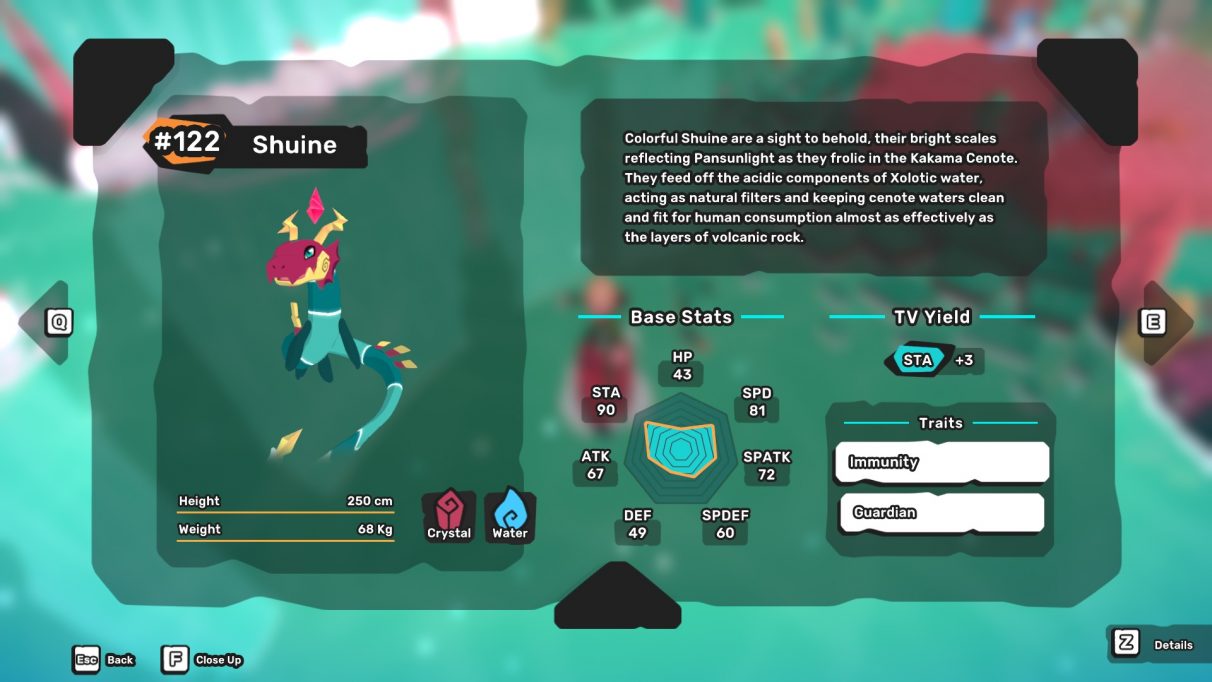 This Shuine Temtem guide will show you the exact location for hunting down this incredibly rare Temtem. There will also be some descriptions about this creature's base stats, and all of the Water and Crystal type moves it has access to. Be sure to check out the rest of the Temtem list to see what else is available. 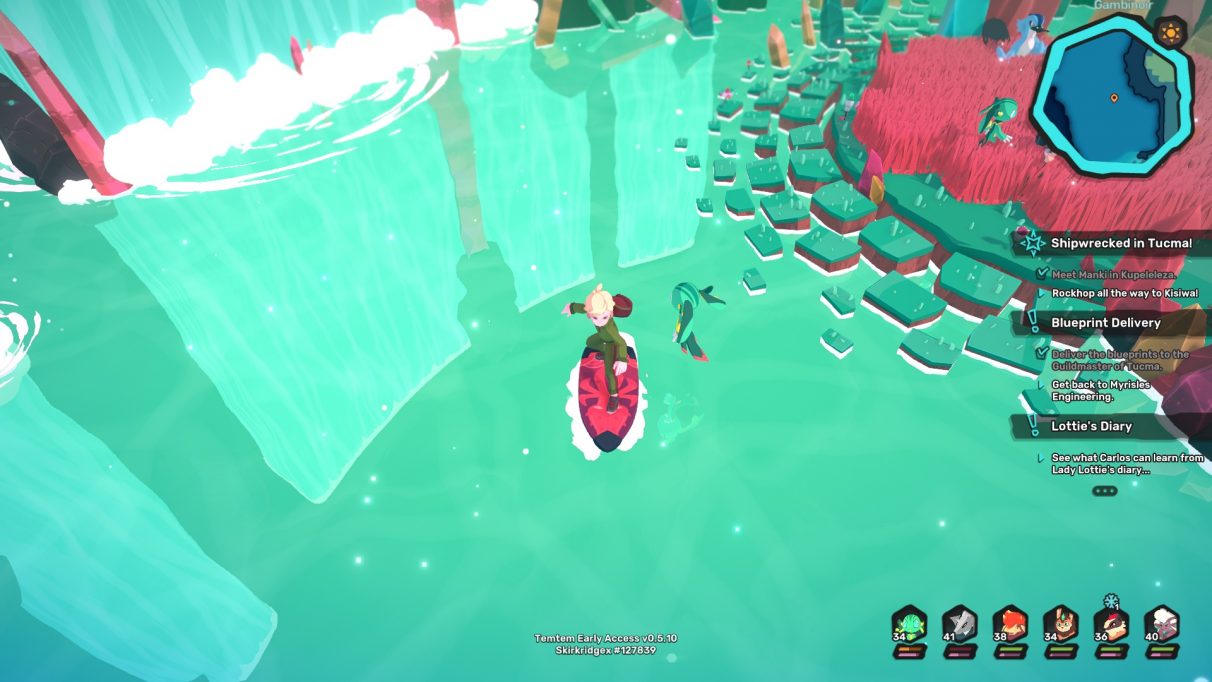 This Temtem isn't found until quite late in the Early Access build of the game. Shuine is near the waterfall in Kakama Cenote, which is on Tucma island. Accessing it requires you to have a few things:

Once you've gone downstairs, you'll be able to surf once more on the water. Head west and walk past the central island to surf once more. Head towards the waterfall while surfing and you'll be in the right area. Shuine is encountered for level 37-41 and will know the moves Aqua Bullet Hell, Iced Stalactite, Flood, and Crystal Bite. It is only found in this one area, so can't be found anywhere else.

With a mixture of Water and Crystal type moves, Shuine learns a lot of physical-based moves. Most of them just target one Temtem, so you'll need to be precise with your target selection. If you're confused about what Crystal and Water type moves are effective against, check out our Temtem type chart guide.

The full list of attacks that Shuine can learn by level up are:

Shuine doesn't really learn a lot of useful technique courses, but if you really want to know where the courses are, their locations are in our Temtem Course locations guide. Here's what Shuine can be taught with Technique Courses:

Shuine's has a small number of strengths and weaknesses. It can be rather intimidating to face this Crystal/Water type Temtem at first as it's an unusual combination of types. 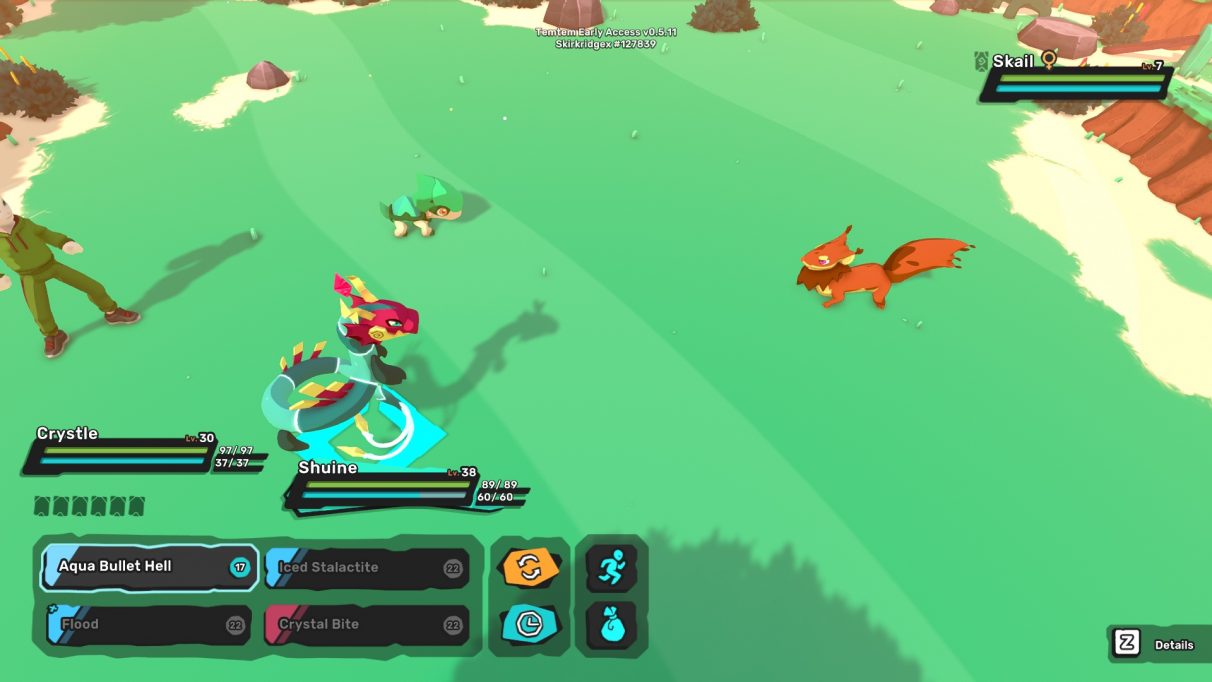 Should Shuine be in my party?

Shuine has amazing base stamina, which is just as well since the moves it uses have high stamina costs. It's also has some very good attacks and only a couple of weaknesses that are easily covered by other Temtem. It's worth keeping Shuine as a party member, if you keep it healthy, as both of its abilities are very good. Immunity grants resistance to Toxic, while Guardian prevents Cold, Burned, Poisoned, and Doomed status ailments.

Where it fails slightly is that its special attack is better than its regular attack. Since it learns a lot of physical attacks, this does hamper its ability to deal damage. It's also a bit of a glass cannon, especially when faced against a physical attacker. It's got a slightly low defence stat, but the base HP is the main culprit for this. If compared to Temtem that are fully evolved or Temtem that don't evolve, it has the second worst HP value. Tental, the evolution of Houchic, is the only one that has worse HP stats.

Its saving grace is that the number of points in all base stats is one of the highest across all Temtem. It might be a candidate for a Temtem Tamer to use Kinu as a supporter, though it will be worked hard to keep Shuine healthy.

If you can get around the fact that Shuine doesn't have a lot of health to play with, then it will be a valuable member of the team. I'd also suggest checking the Temtem evolutions guide as plenty of other Temtem can be paired with Shuine to create a devastating duo.