Temtem can't get enough of their Pokémon inspired features - it shouldn't be a surprise really, it's a Pokémon-inspired MMO after all. Crema have released yet another roadmap through early access and beyond, this time telling us about some of the lovely new things we can expect to start arriving in the game from this winter, including a good old fashioned Nuzlocke game mode. They've also provided some details on an upcoming battle pass-style system, as well as something called Dojo Wars.

Let's start with the Nuzlocke game mode because I like Pokémon and think it's cool. The Nuzlocke Challenge is a player-created set of rules whereby every time one of your monsters gets knocked out in battle, you have to consider them dead and release them back into the wild. It's basically like a super hard version of the game.

For Temtem, the Nuzlocke mode will be on a different instance of the server, so you'll only play amongst other Nuzlockers on your journey. You can battle these folks too, but be mindful that if you lose, that's all your precious Tems gone forever. They're also limiting the number of Temtem you can catch in each area, so you won't be able to stock up with tons of backups. This mode is scheduled to arrive in summer 2021. 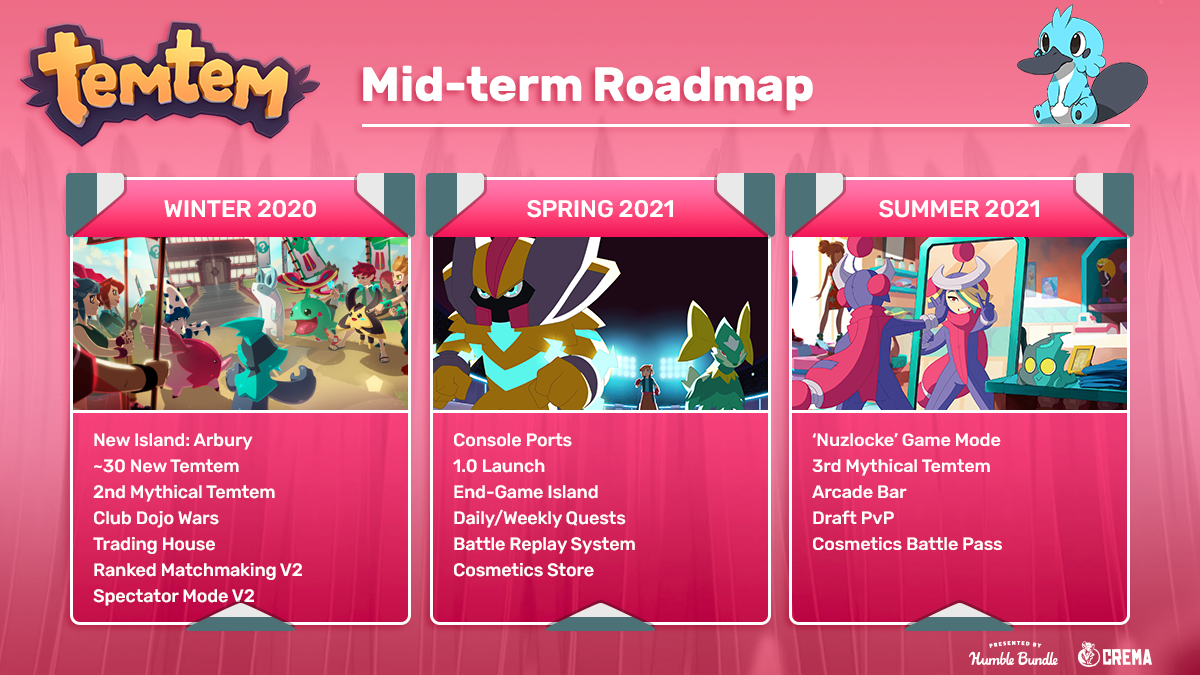 Crema have plans to get some monetisation stuff into Temtem come 2021 in the form of a "battle pass-esque system which will introduce an additional leveling system for players during the current season."

There'll be a cosmetic store arriving sometime around spring next year, too. The developers stress that any microtransactions put into Temtem will be purely cosmetic, and it's all to help sustain the game as time goes on.

"Like we’ve said since our Kickstarter, microtransactions will never be tied to any pay2win or pay2skip scenario," they say. "No good/better Tems, stat boosters, exp boosters, TV fruits or anything similar that puts a player in an unfair advantage."

Next up are the Club Dojo Wars arriving in the game this winter. Each island will get a Club Dojo which players can capture and hold (which sounds a bit like how the gyms work in Pokémon Go), and other Clubs will be able to challenge the leader to take control.

On top of that, there'll be updates to the matchmatching and spectator mode mentioned in the short term roadmap, as well as an end-game island and a console release when the game leaves early access sometime around spring 2021.

This all follows the short term roadmap they released yesterday, letting players know about a bunch of the things they want to get into the game throughout this year - including lots of new Temtem and some brand new islands to explore.

Conveniently, both the roadmaps are available on the same post, so if you want to read the rest of the details you can catch 'em all over on Crema's website. Alternatively, they mashed both content roadmaps into the handy image below, so you don't even need to waste the energy clicking away from my lovely news post. 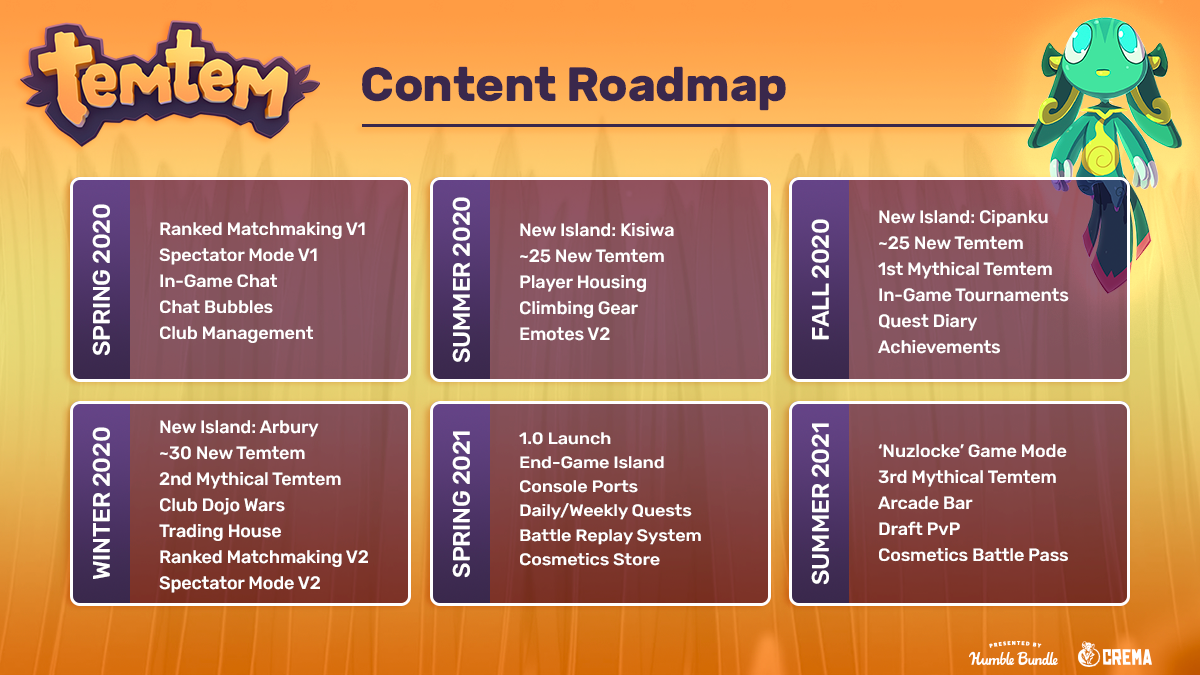 If all this promise of new things has piqued your interest in the game, we've got some sweet tips and tricks for you over on our Temtem guide to help get you started.

Temtem is available in early access on Steam right now.