We already knew that Pavonis Interactive, the team behind the RPS-approved, game-changing Long War mods for XCOM and XCOM 2, were working on a complete new game of their own, but seeing as Long War 2 has been in the wild for a while now, I thought I'd catch up with 'em about Terra Invicta. This takes the essential XCOM concept - humans fending off an alien invasion - then expands it to a grand strategy scale.

"It's a little like what you might imagine the XCOM spokesman's job to be," Pavonis head John Lumpkin tells me, "trying to unify Earth's nations against an alien threat." And then it moves to cover the entire solar system.

Lumpkin couldn't talk about what, if any, direction we can expect Long War to take in the wake of the XCOM 2's hectic but mostly very good new expansion pack - see our War Of The Chosen review for more on that - but he was able to reveal that "we're now able to devote some resources to developing Terra Invicta."

They've been quiet on that front for the past 18 months, but with the hardest work of Long War 2 out the way, they're now working on it earnest. "Right we're prototyping some key game systems," says Lumpkin. "We're hoping to have some things to show off early next year." Which is good news, seeing as there's nary of whiff of even a single screenshot right now.

As for what we can expect from Terra Invicta, it is, as previously implied, " an alien invasion of modern-day Earth, played out at a grand strategy level." What it shares with the Long Wars mods, other than theme, is that it will (hopefully) be "rich with the sort of difficult choices that drive a great story for the player", and a big part of that will be politicking.

The XCOM games involve a little bit of budgetary management, but really they're straight up war games. Whatever it is that is encouraging nations (or resistance cells) to pump cash into the XCOM kitty happens essentially off-camera, but imagine what it would it would take to make all of our world's countries join together against one threat. Sounds like this is the furrow that Terra Invicta seeks to plough.

"It's a little like what you might imagine the XCOM spokesman's job to be, trying to unify Earth's nations against an alien threat. The design has politics, espionage and warfare, both on Earth and in space."

The most tantalising aspect for me is that, though initially you're working with an XCOM-style Earth geoscape, "as the campaign progresses, the entire Solar System becomes an equally important theater of conflict."

Though Pavonis has two very large and well-received mods under their belt, this is their first time making a complete game of their own. The difference between them and the usual modders-gone-pro parable is that XCOM 2 devs Firaxis provided some support for Long War 2 - which has had an impact on Terra Invicta's development.

"Working with 2K and Firaxis to produce Long War 2 was hugely instructive," explains Lumpkin. "They really were great to us and we were able to learn about good practices in structured game development, which was a switch from the way we developed the original Long War on-the-fly. We've also learned a great deal from the players we've interacted with - what they like and don't like, what kinds of problems and reversals are engaging versus those that are just frustrating." 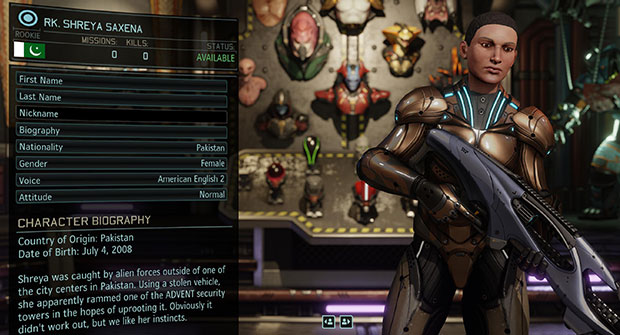 Long War 2 isn't exactly afraid to turn the thumbscrews, so it'll be fascinating to see whether or not Terra Invicta goes a little easier on less full-blooded strategy players.

Of course, Long War's original purpose was to try and improve a Firaxis game that some felt had drifted too far from the original X-COM, the peerless 1994 turn-based strategy game without which we would have no XCOM. Which rather begs the question of what direction Lumpkin and Pavonis would want a theoretical XCOM 3 to go in? "We've got our own great idea for a science fictional turn-based tactics game, but I want Pavonis to make it someday after Terra Invicta is out in the world, so I'm going to keep quiet there."

No release date for Terra Invicta yet, but Long War 2, a free mod for XCOM 2, is available now.