I didn't spend long with the first The Escapists - time off for good behaviour, perhaps - but nonetheless, playing early code for its upcoming sequel was like slipping into an old jumpsuit. Nothing like as serious as Shawshank but not as catastrophically stupid as Prison Break, this was and is, essentially, a mash-up of simulation, roleplaying and crafting in which you had to devise a DIY Get Out Of Jail Free card for your little pixel-person.

The Escapists 2 [official site] eschews traditional sequel-strategies such as flashier graphics in favour of being a reworked, expanded and ante-upped version of the first. The result is a sandbox puzzle game of impressive scope and with copious shower scenes.

If, unlike me, you have significant first-hand experience of the first game, some of the following will be restating the obvious, but the world doesn't revolve around you, bucko. For those of us tempted for the first time by this second stretch of time in the bighouse, rest assured that no prior experience is required. And for those who have tunnelled through more floors and cut through more fences than they can remember, don't worry, you can skip the tutorial scenario in this sequel.

The Escapists 2 is - oh, you're gonna kill me for this - a survival game without any survival. By which I mean, it employs many of the mechanics we recognise from trying not to die in the desert or woods or nightmare alien world, such as scavenging, crafting and worrying about losing all our stuff if somebody ganks or shanks us. Only you can't actually die, so you're never back to square one - but get into a fight at the wrong time and you'll certainly end up back at square two or three, your best stuff confiscated or stolen. 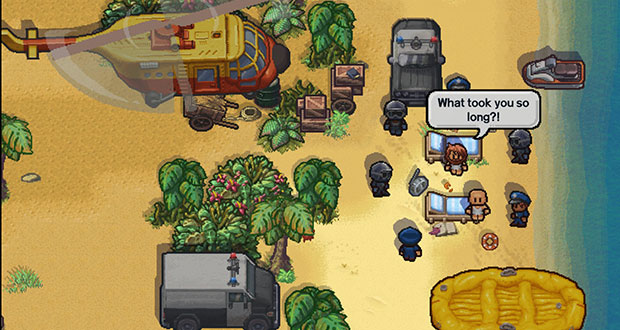 Perhaps more meaningfully, there are confines. The prison walls and gates and fences and attack dogs and security guards, most obviously, but perhaps more meaningful are the confines of routine. If you're not in the right place at the right time - at breakfast during breakfast hour, in the yard during exercise hour, at roll call both morning at evening - you'll be monitored more carefully at best, or relentlessly pursued then beaten into unconsciousness at more-than-likely worst. And so it is that you must perform those core survival activities within these restraints.

This gives The Escapists a completely different ebb and flow to all the scavenge'n'craft games it has so much in common with. Where long-term plans in those broadly involve staying alive for long enough, here making sure you don't lose your half-made pickaxe or replica audio boom (so you can pretend to be part of a visiting film crew) depends, more than anything, on doing what you're told and taking rapid advantage of the gaps in between. 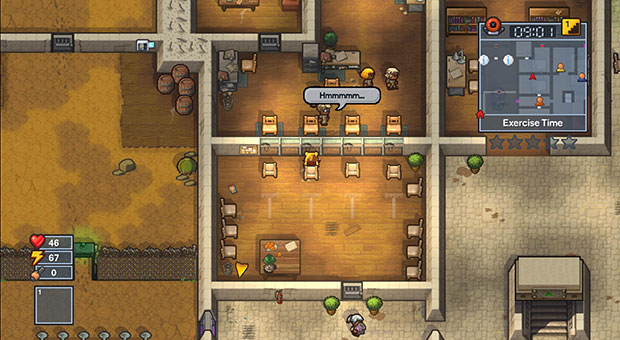 And forcing those gaps wider, by making only a token appearance at lunch for example, then darting out to dig a hole, raid another inmate's cell, or pumping iron in readiness to clobber a rival, and swigging a stolen soda in order to regain the energy required for such things. Plans are moved forwards in stolen moments rather than relentless grinds, and it's that which makes The Escapists (2) feel freshest to me.

The key difference between this and the first game, a not-yet usable multiplayer mode aside (no other players online during this preview period, y'see), is scale. Prisons are now multi-floor as well as wider per-floor, so there's a whole lot more mind-mapping and haring around required, which adds to that slight slapstick feel. Look, look, I'm making shoes like I'm supposed to! *Runs downstairs, frantically digs tunnel, checks time, even more frantically sprints to mess hall, accidentally hits another prisoner with a coffee mug en route, gets beaten unconscious and carted off to infirmary, awakes with spade gone*. 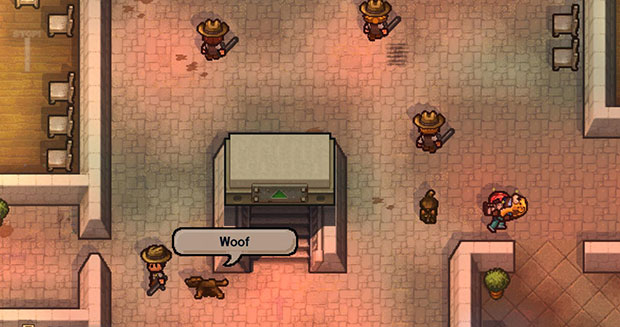 Reportedly it entirely departs from the realm of reason later on, with breakdancing, rooftop helicopter rescues and spaceships entering the mix, although I imagine it's still going to be easier to swallow than anything in season 2 and onward of Prison Break. I haven't gotten to any of that weirder stuff in the three scenarios available in this code, but given what an elaborate process it is to plan an escape, and most importantly find and construct all the things you need for that escape, I imagine it's going to take some doing to get to the really big stuff.

More immediately, I appreciate the wider range of player-character options (not just geezers this time) and a design-it-yourself tool. Although I'm not sure how many prisons let their inmates roam around with Raybans or hats big enough to suffocate someone with.

Over and above all of that, though, is what at least feels like an almighty range of ways to make my escape. All these different walls to dig through or fences to cut, climbing into the ceiling to skulk into a locked-down area, covering my work with bedsheets and posters, working out until I can clobber anyone who gets in my way (and steal all their stuff) or studying in the library until I can A-Team my way out with a selection of random junk... It feels pretty rich with complexity, with a scale to match. 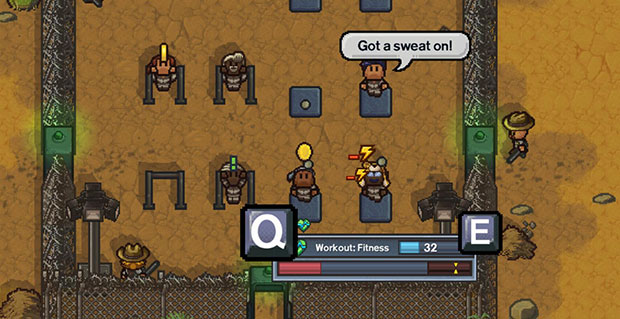 Over time it might well be that I find I'm climbing through the crafting tech tree in broadly the same way each play, but right now I feel like I'm going to wind up with a significantly different jailbreak plan with each new sentence. The long-term plan element is what's appealing the most to me - the sense of an objective, both within each day and at the end of a series of them, as opposed to the potentially infinite tread-wheel of true-blue survival games.

Against that is that I find the pixel art style obvious to the point of blandness, and I don't much enjoy the interface, which seems fairly finicky both about choosing items from your inventory and using objects in the world (though these may just be preview build doldrums). There's a slight sense of it being a proven moneyspinner with new bells hung off it, as opposed to really running with the concept, but as someone who didn't put too many hours into the first, the structured sandbox strategy means my time with The Escapists 2 is unlikely to be too hard.

The Escapists 2 is out on August 22nd for Windows, Mac and Linux.