B is for Bulldog clip spirit 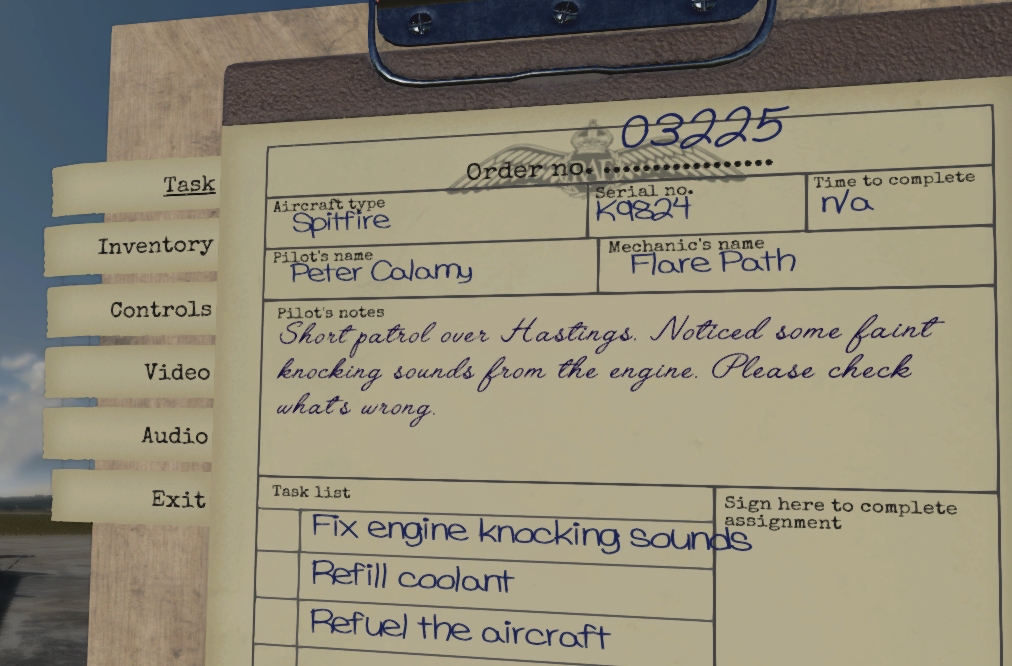 Cobble Games' unsolicited UI Update for Plane Mechanic Simulator (only £4 at present on Steam) has gone down like a lead barrage balloon. Having gained brownie points by announcing a free Bristol Blenheim, the code inheritors immediately set about haemorrhaging them by replacing the game's charming clipboard with something far less in tune with the subject matter. Fuelling and oiling have also been needlessly streamlined. Hopefully Cobble will heed the deluge of complaints and, at the very least, offer the old UI as an option.

C is for Chick flick review

No stranger to naval sims, Quarter to Three's Tom Chick thought even less of Tom Hank's rudderless destroyer film than I did. His searing review - “What makes Greyhound a terrible movie is that it has no sense of how to be a movie. It has no structure.” - makes mine look positively mealy-mouthed.

D is for Dutch declaration

Covid-19 has scuppered chances of a Ship Simulator sequel any time soon. Yesterday, disrupted Dutch simwrights VSTEP announced that they were halting development of NAUTIS Home for the moment in order to focus on meeting the needs of commercial customers. Work on NH will restart early next year.

E is for Electric Elefant 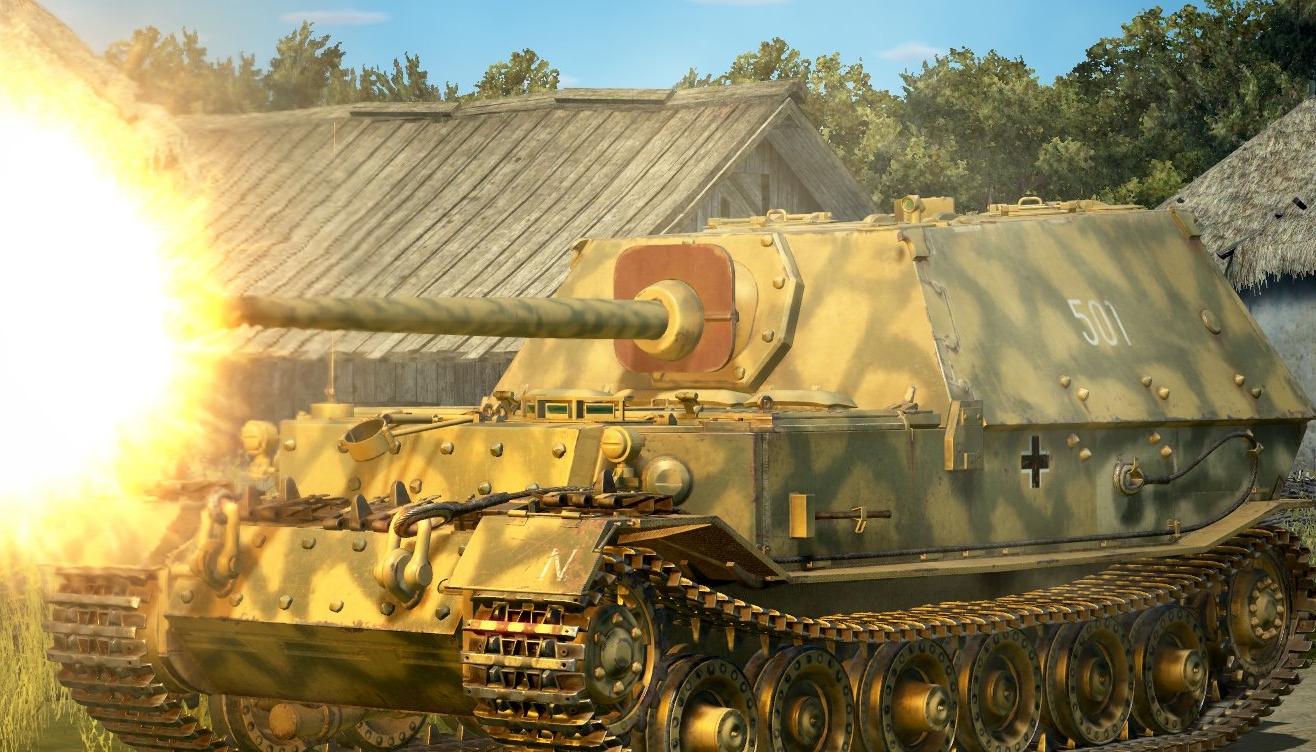 Combining internal combustion engines with electric traction motors worked well enough in early diesel locos and hybrid cars, but when Ferdinand Porsche tried it with AFVs during WW2 the results were disappointing. Tank Crew's tenth and final steed is the Ferdinand, a petrol-electrical tank destroyer with formidable firepower, tough armour, and the agility/vim of a Galapagos Tortoise. 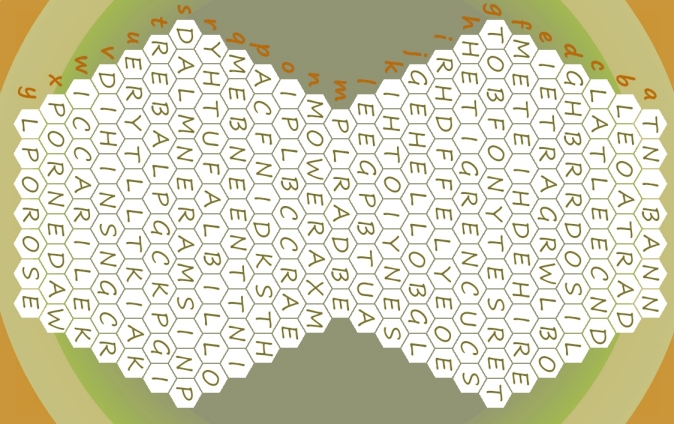 Put your thinking cap on, and your musing trousers, deductive socks, and investigative kaftan before attempting this week's extra-large co-op puzzle.

Less than a month away, Grand Tactician: The Civil War threatens to make all previous ACW wargames redundant. As long as Oliver Keppelmüller realises that not everyone shares his enthusiasm for detail and busywork (fingers-crossed for extensive delegation options) all should be well.

H is for Hammer Hama

I is for I refuse to jump into that canal again 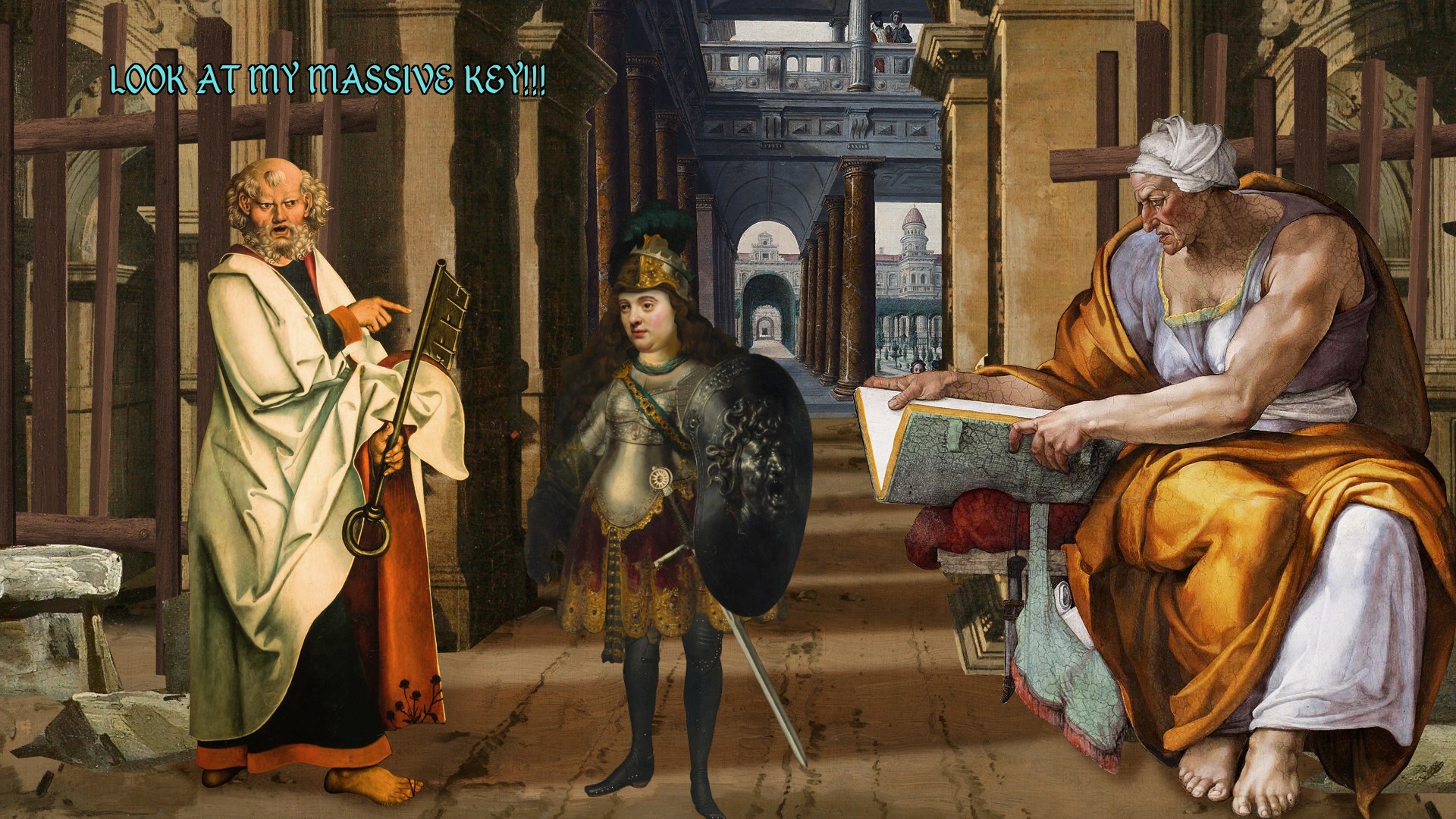 If The Procession to Calvary's difficulty curve didn't climb like a spooked skylark about four hours into the story, Joe Richardson's uncommonly amusing Renaissance art safari would have been a shoo-in for my game of the year. Instead it's the latest in a long line of adventure games that mounting frustration combined with an allergy to walkthroughs has prompted me to abandon.

J is for Jesse James sim?

The Feud: Wild West Tactics looks like it could make an old Gunslinger very happy. A few hours with the demo this weekend should tell me all I need to know.

K is for Koi keeping 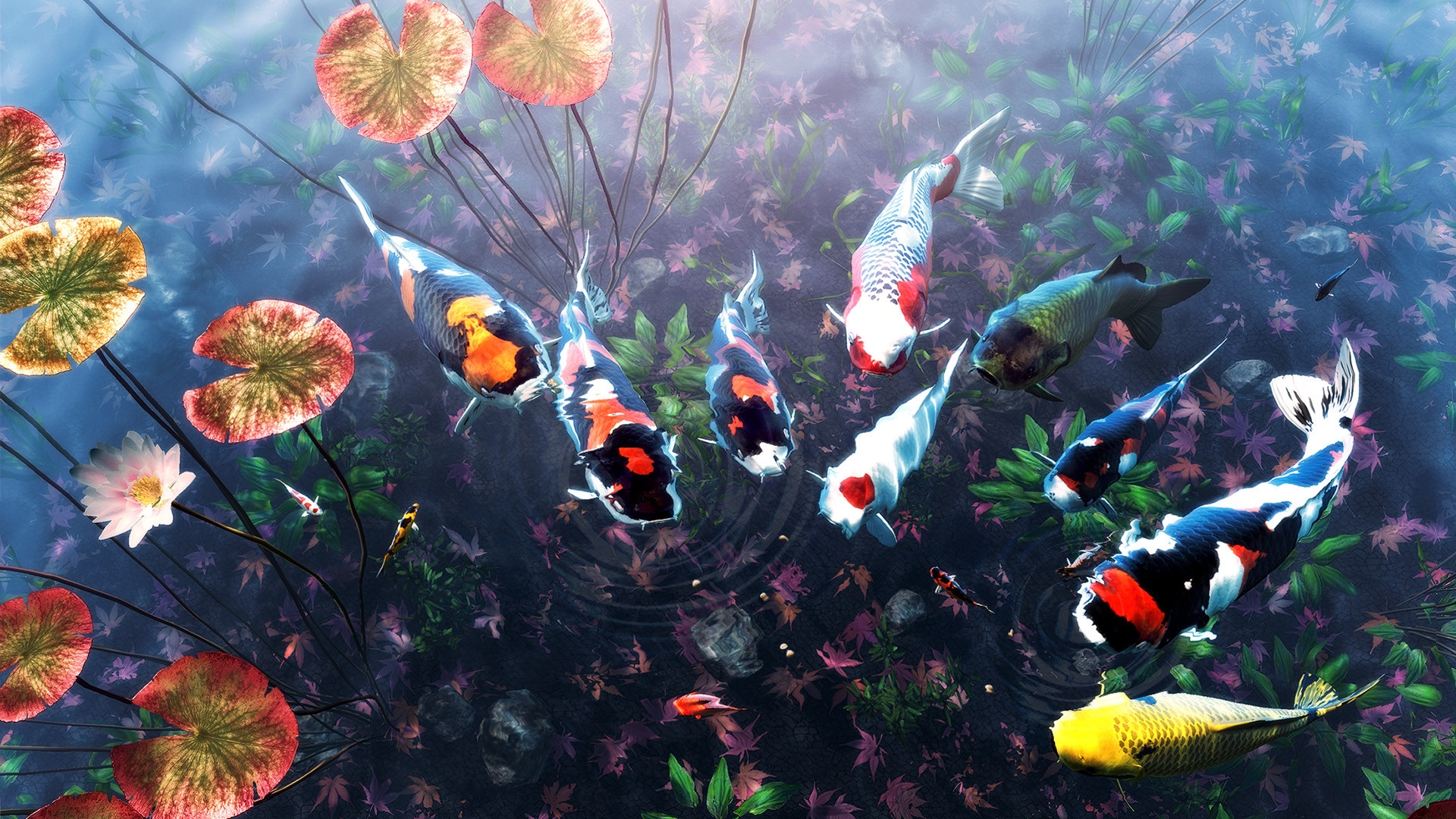 Since Wednesday my morning routine has included a new activity. Between “Marvel that my ancient self-built and much-travelled rig has booted up yet again” and “Check emails” there's now “Feed Ha-Go”. Ha-Go (well, actually “Ha Go” because hyphens aren't allowed) is one of My Koi's exceedingly pretty, pool-penned piscine Tamagotchi. Once his wellbeing levels are high enough I'll be able to furnish him with a companion. If wargames have an obverse, it's this soothing £4 fish tending sim.

L is for Long-lived lizards 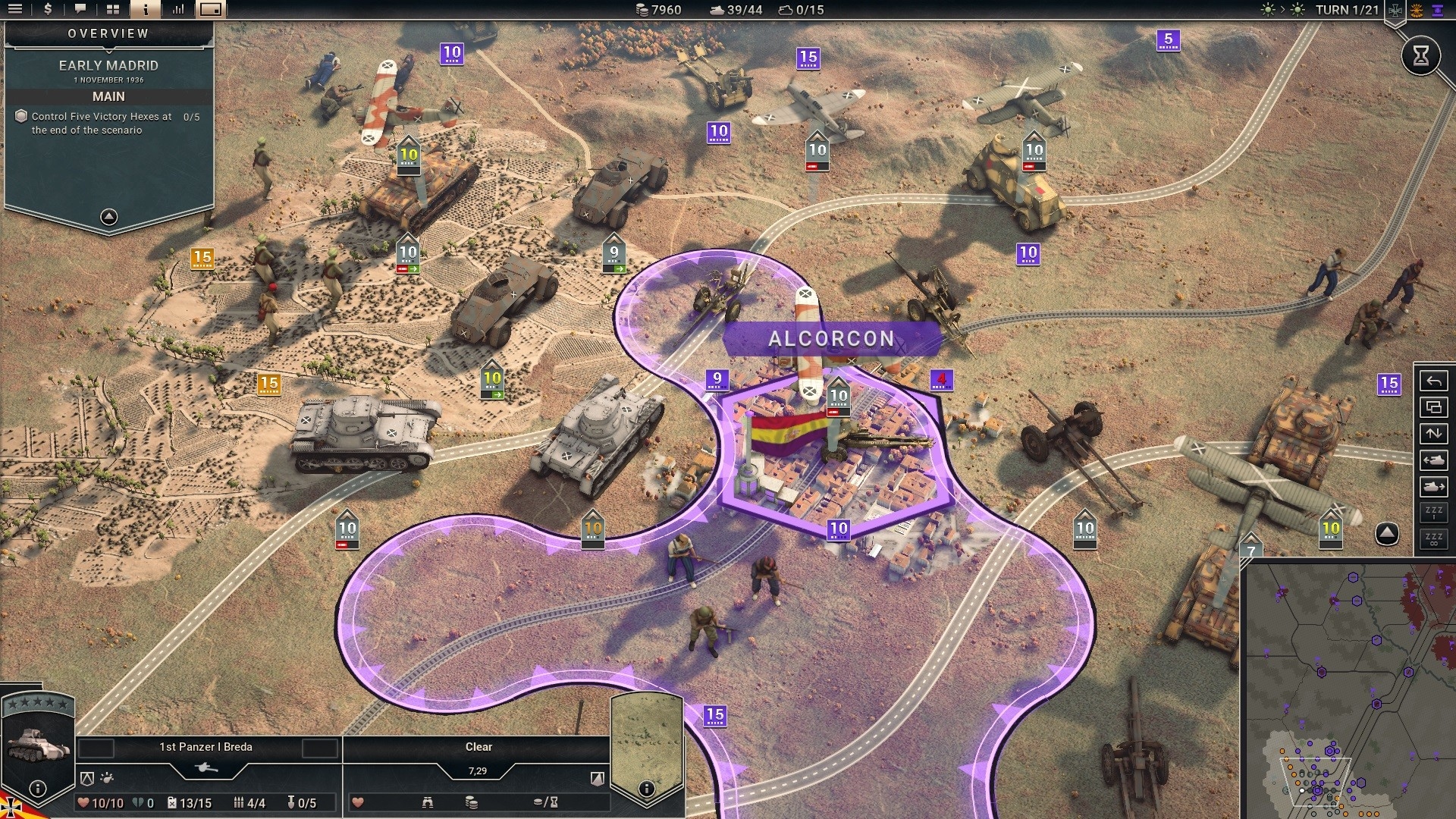 Slitherine Software turned 20 late last month and - according to my mate, Barry - marked the occasion by replacing all Allied AFVs in Panzer Corps 2 with T20 Medium Tanks for a 24-hour period. Furious players converged on the company's Epsom HQ but dispersed after the losses predictor indicated an attack would be costly and cause little damage.

M is for My right arm

What I'd give to read a Stuart Campbell review of the latest Blocks title, Hammer of the Scots.

N is for Needs more cowbell

And more physics, wolves, and wingsuits.

O is for Over the sea to SKYE 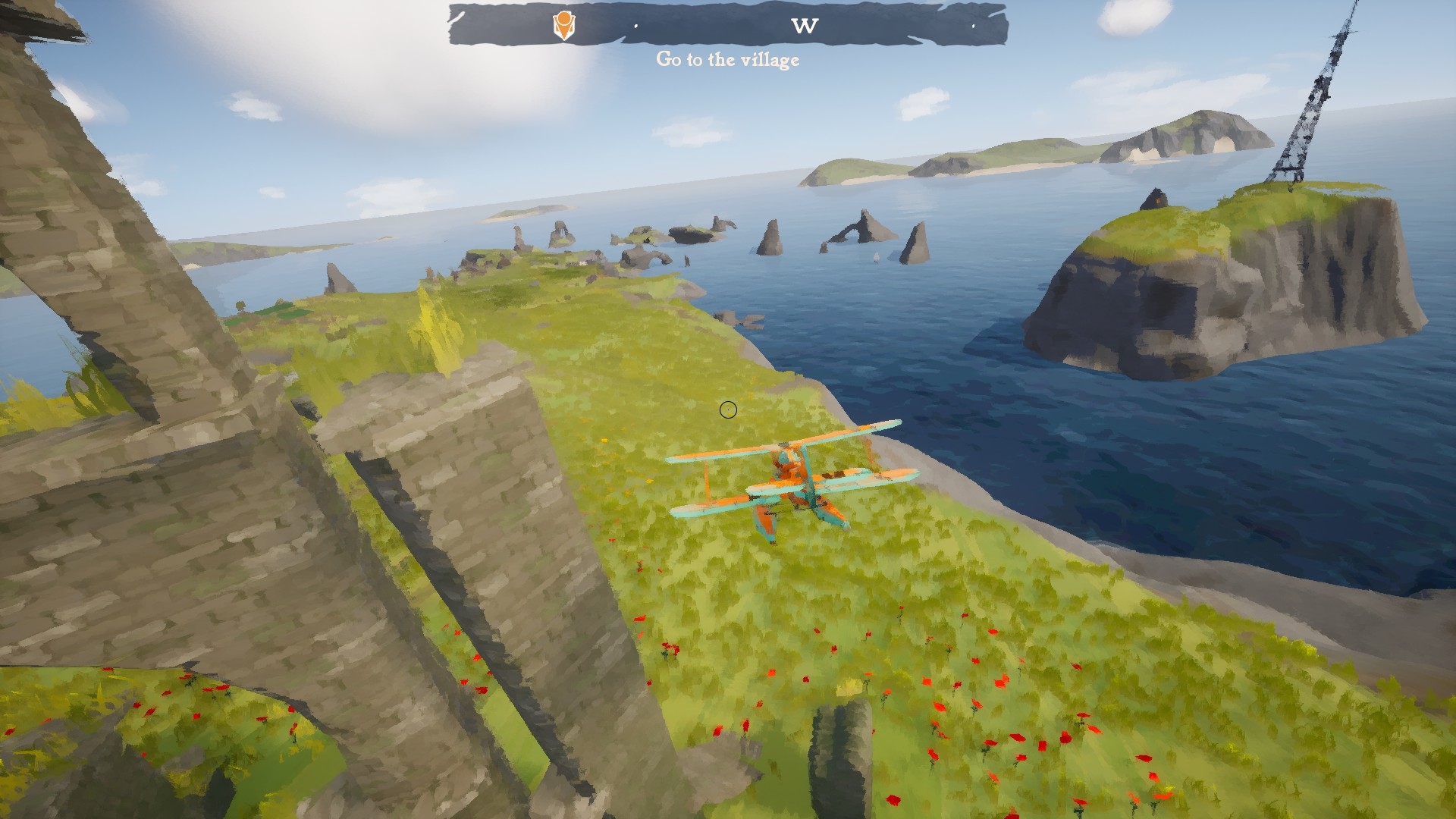 Forgiving flight freebie SKYE is 'just' a cockpit view, a proper flight model, and a pulpy 1930s plot away from being the Crimson Skies spiritual sequel I've lost all hope of seeing in my lifetime. The work of a team of third-year game development students from the Netherlands, it features a lovely Western Isles-inspired map that I can't buzz without picturing gun-runners, wreckers, and wickermen.

P is for Perceptive pitot tubes

The question “How deeply simmed are the aircraft in imminent Cliffs of Dover expansion IL-2 Sturmovik: Desert Wings – Tobruk?” is answered very succinctly by the dancing altimeter and air speed gauge needles at the start of this trailer. 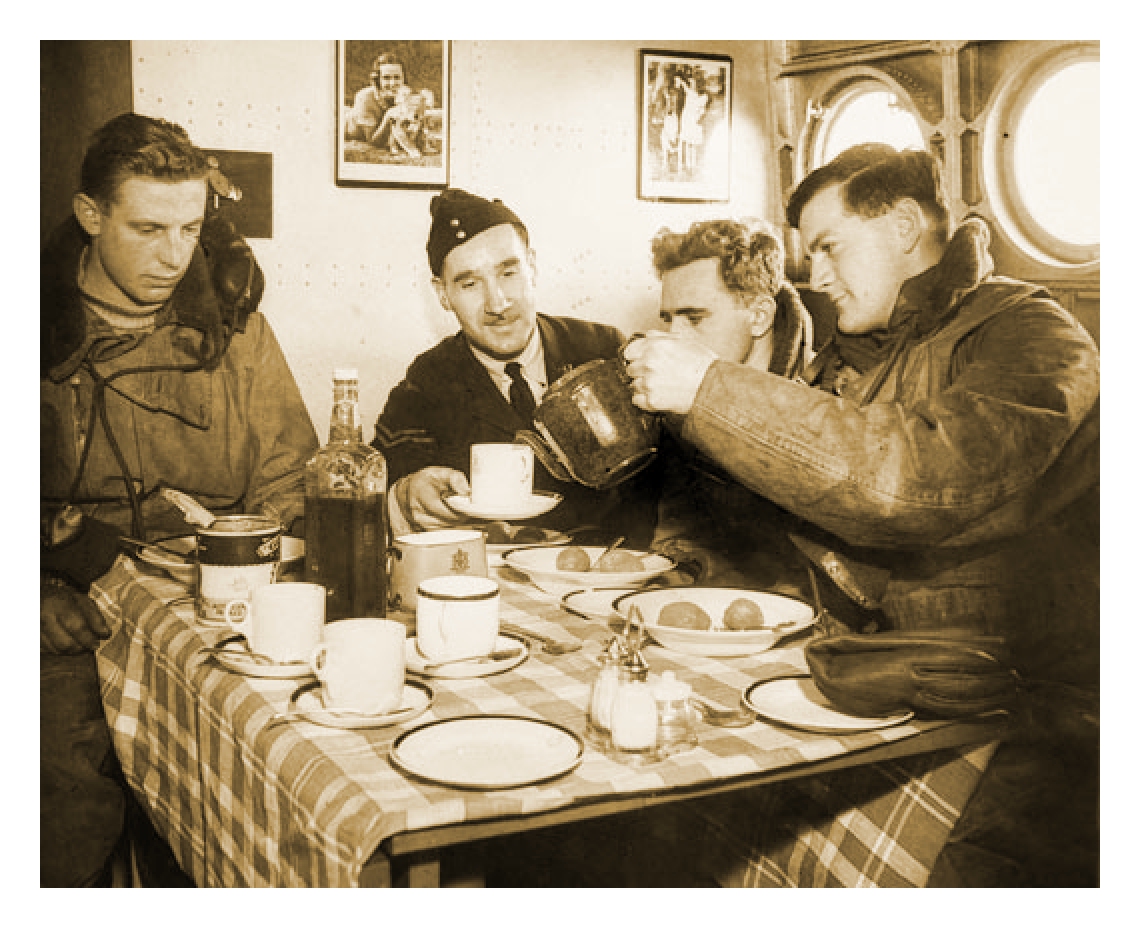 R is for Rerouted rounds 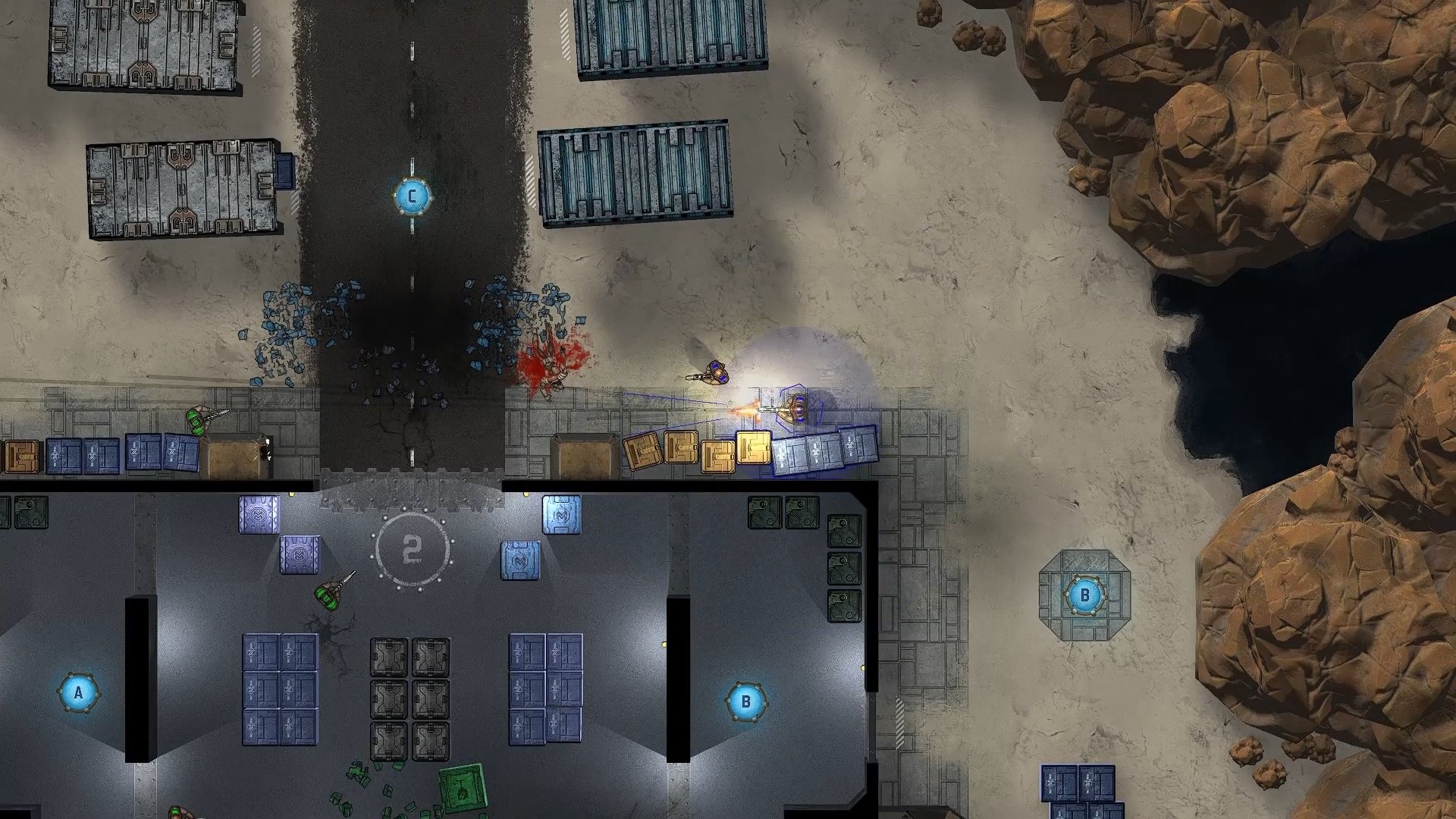 Tactical Troops: Anthracite Shift appears to share a fair amount of DNA with Door Kickers – no bad thing. Due on Aug 20, many of its maps feature Sedvan Spheres, mysterious teleportals that can be used to redirect bullet streams and hurled grenades into out-of-LoS map areas.

S is for Storytelling scars 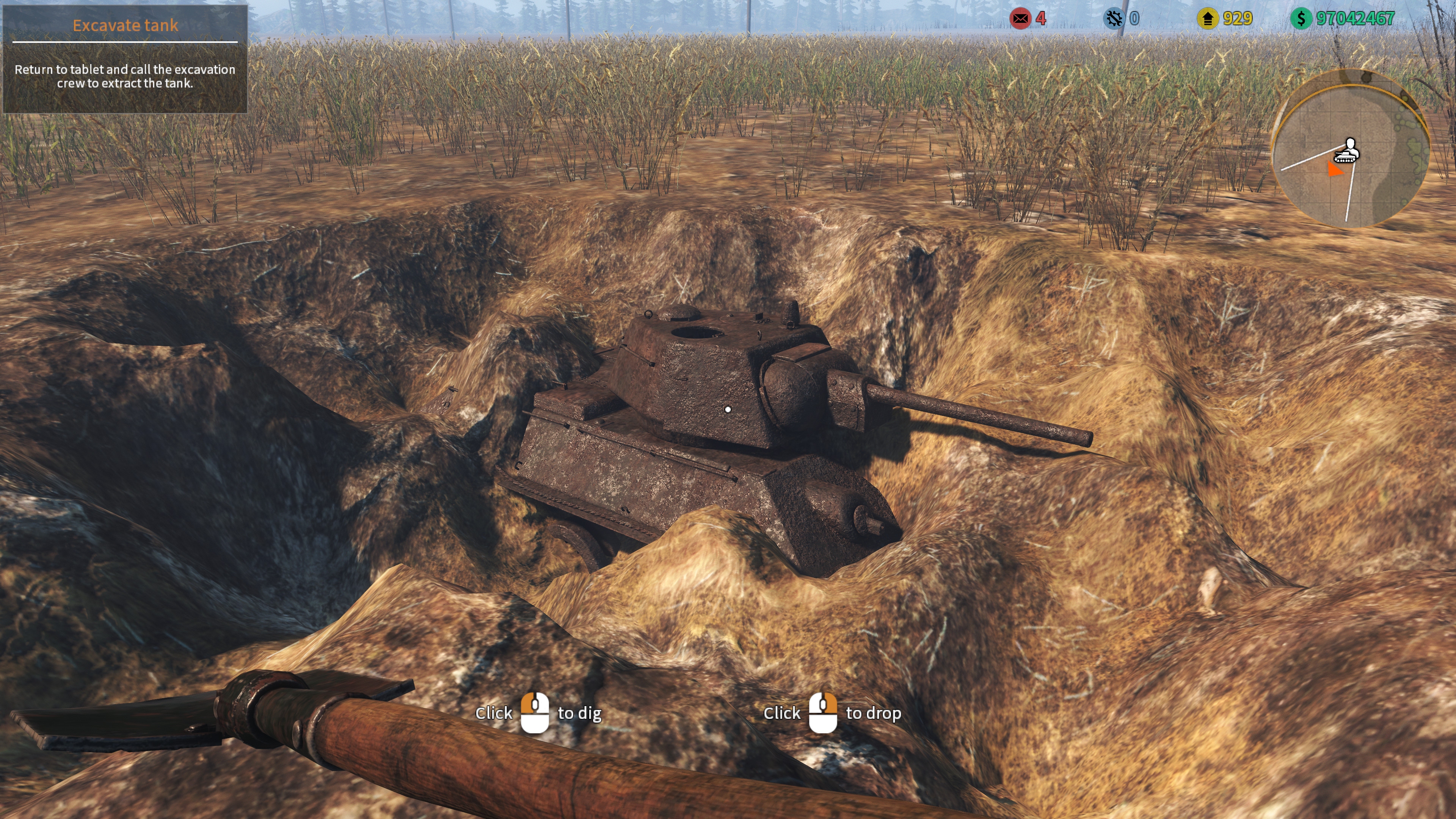 The stories told by Tank Mechanic Simulator's buried behemoths are set to become much more interesting. A random damage system currently under development will determine what kind of munition kiboshed an AFV and where the fatal blow struck, before mangling and removing appropriate components. Tanks abandoned after multiple penetrations or terminal mechanical issues are also a possibility.

T is for Tube treats 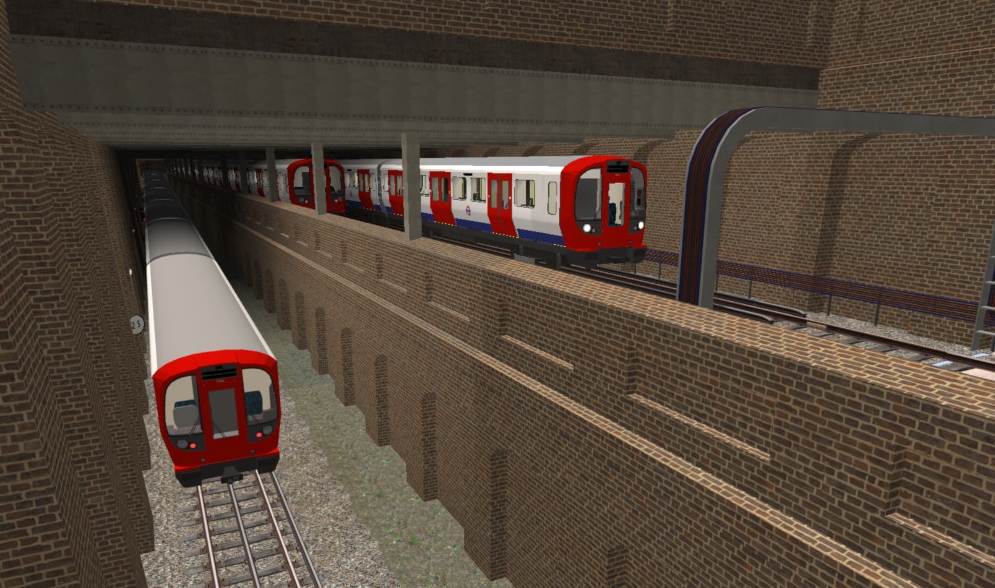 Fans of the Big Smoke's helpful tapeworms are in for a good summer. Train Sim World 2's recreation of the Bakerloo Line is just around the Speakers' Corner as is Metro Simulator Beta 3.16, a new version of Michiel's free rail sim featuring the first phase of a fictional London Underground network.

U is for UBOAT update

Wolfpacks, a host of new ship types, Beauforts and Beaufighters, an improved long-distance travel system, configurable crew shifts... if August passes without a Flare Path dedicated to UBOAT you have my permission to take me by the lapels and give me a hearty shake.

V is for Virtual virtuosi

No-one who attended last weekend's Royal International Air Tattoo got sunstroke or stuck in traffic; no Gloucestershire hares were traumatised by raging afterburners. The pandemic-prompted virtual event meant much greater exposure for the DCS-utilising Virtual Red Arrows. Usually tucked away in an easy-to-miss tent, the always impressive VRA were front-and-centre this year. 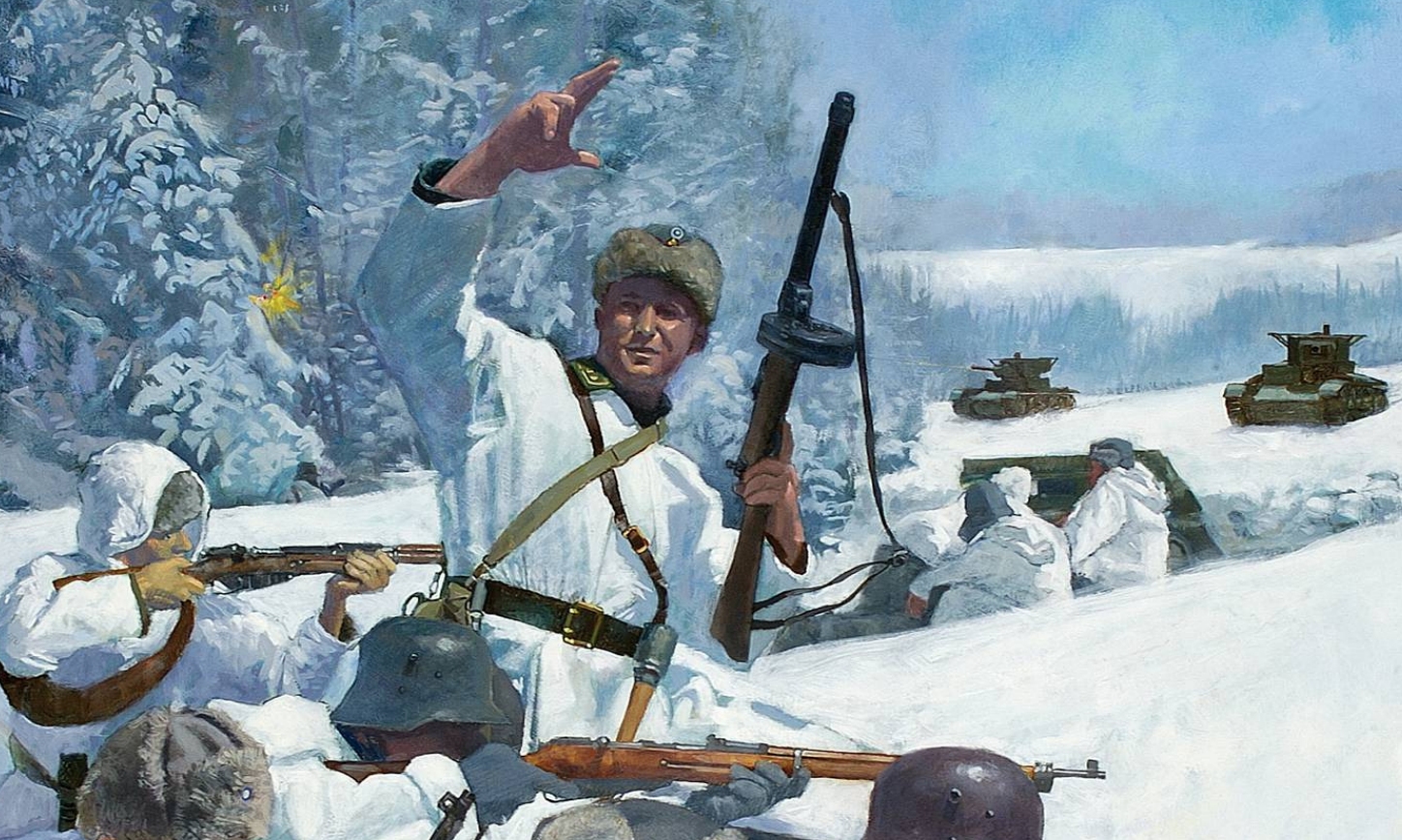 Now the Philippe Thibaut-designed Winter War has left Early Access and gained a proper manual I'm tempted to scan it with the old Flare Path Funometer. If you're lucky the review will come with a side-order of Talvisota - Winter War play impressions.

...in the interests of sanity.

Y is for You know what to do 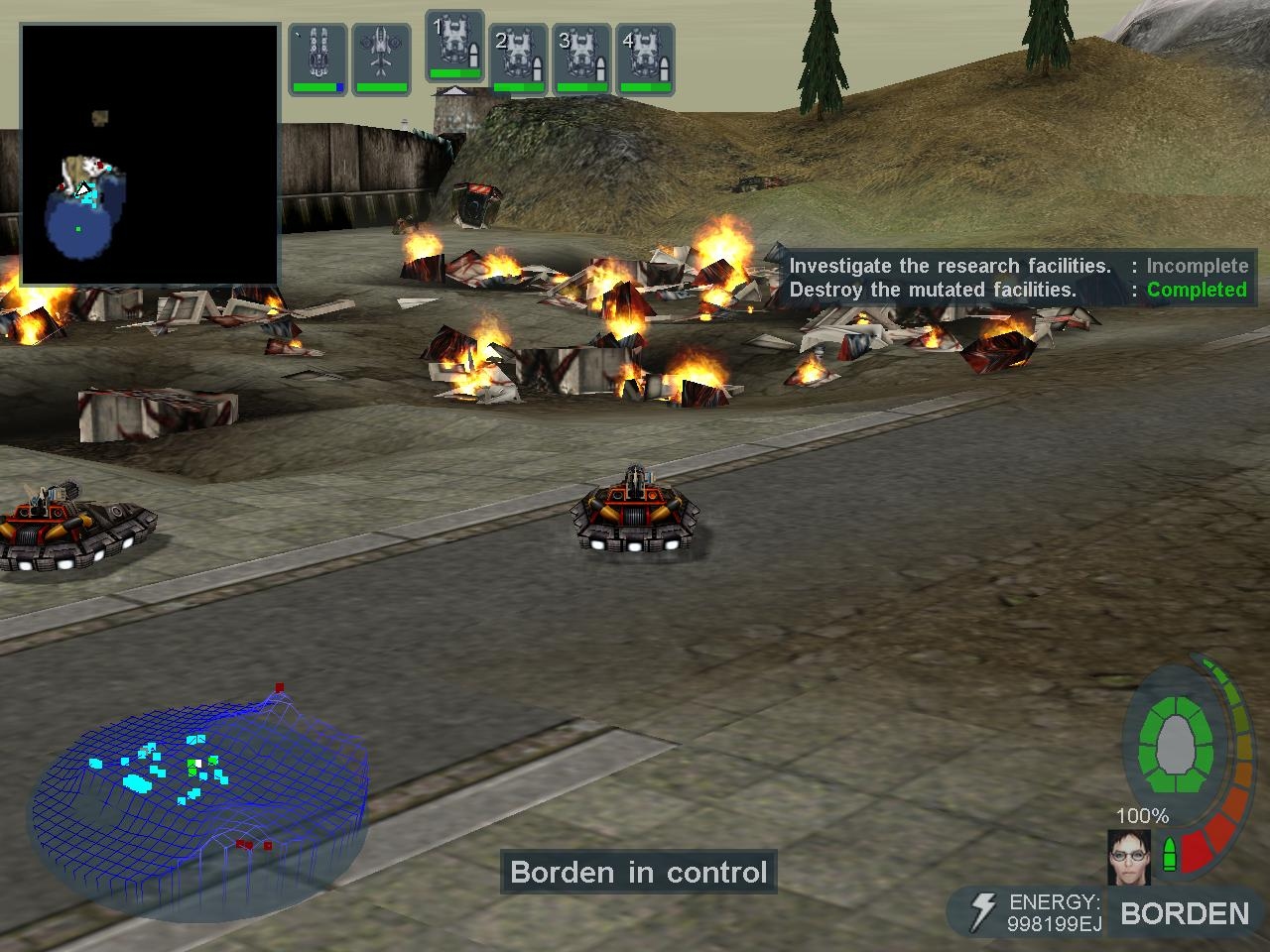 Kieron Gillen and Sin Vega adored it, Tom Baker and Paul Darrow starred in it, Warren Ellis penned its story, and it's a piffling 62p on Steam until July 27. I won't insult your intelligence by saying more. 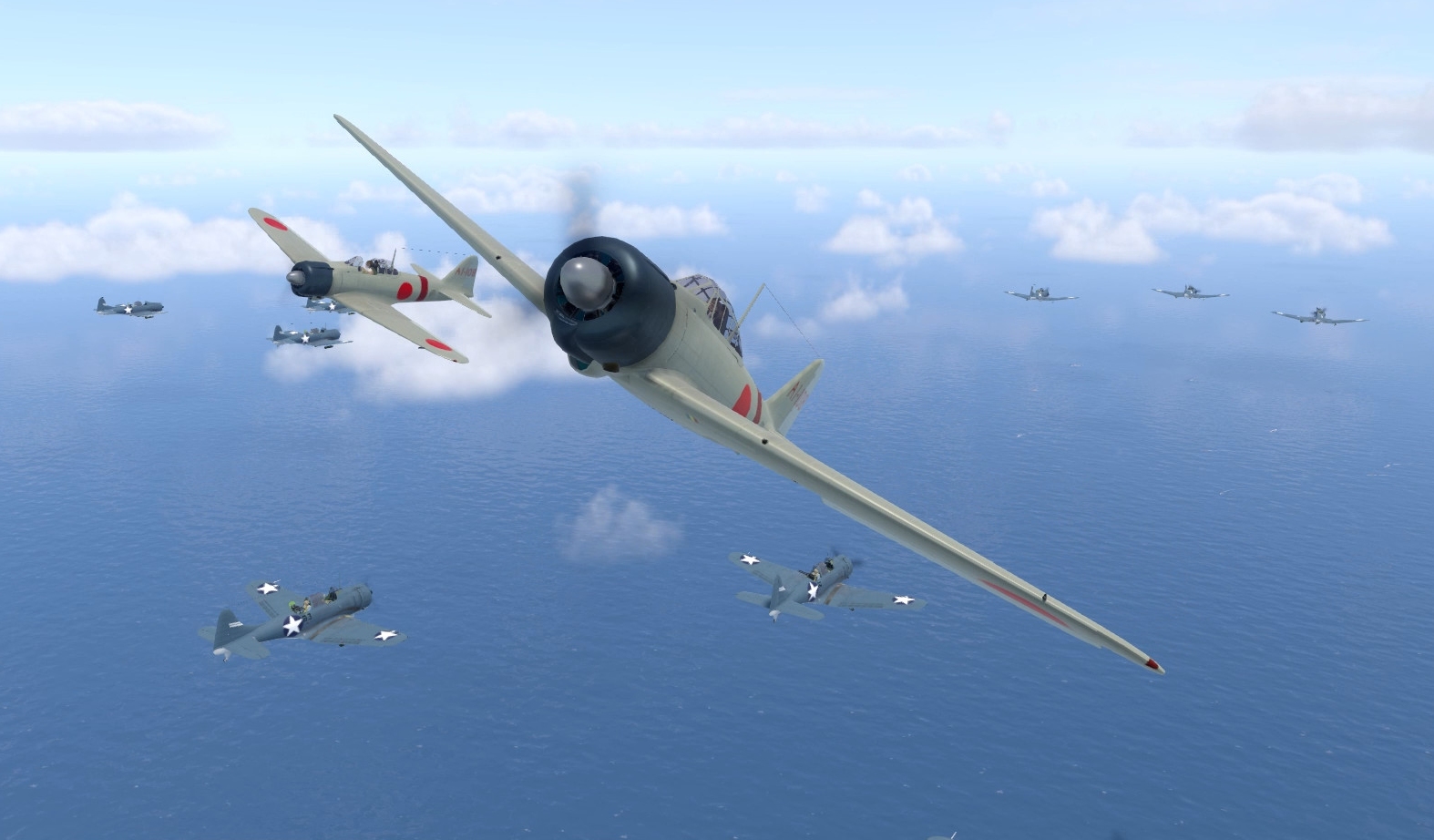 Drydock Dreams is teaching the computer-controlled USN pilots in flat-top wargame Task Force Admiral the Thach Weave, a manoeuvre designed to turn the tables on predatory Zeros. I don't recall encountering the tactic in 1942: Pacific Air War, Combat Flight Simulator 2, or Pacific Fighters – might this be a first?