On behalf of Flare Path Sky Tours I'd like to welcome you aboard this Aerofly FS2 Learjet 45 and apologise for the out-of-the-way departure airport. Personally, I wanted to fly from Antwerp International or Ostend, but First Officer Roman has been reluctant to enter Belgium since leaving it in a hurry in 2003 so today's ramble along the Dutch coast will begin at Axel EZAC, an aerodrome with more buttercups than baggage carousels. In the seat pockets in front of you you will find a complimentary stroopwaffel, a barf bag, a safety booklet and a map showing our 230-mile itinerary. While smoking, vaping and discussing Brexit is not permitted on this aircraft, when the red overhead light is extinguished you are free to take snuff and hum the theme tune to Van der Valk.

Don't panic, ladies and gentlemen! Roman tells me that was intentional. Apparently, the local gliding club has wanted that poplar pollarded for years. 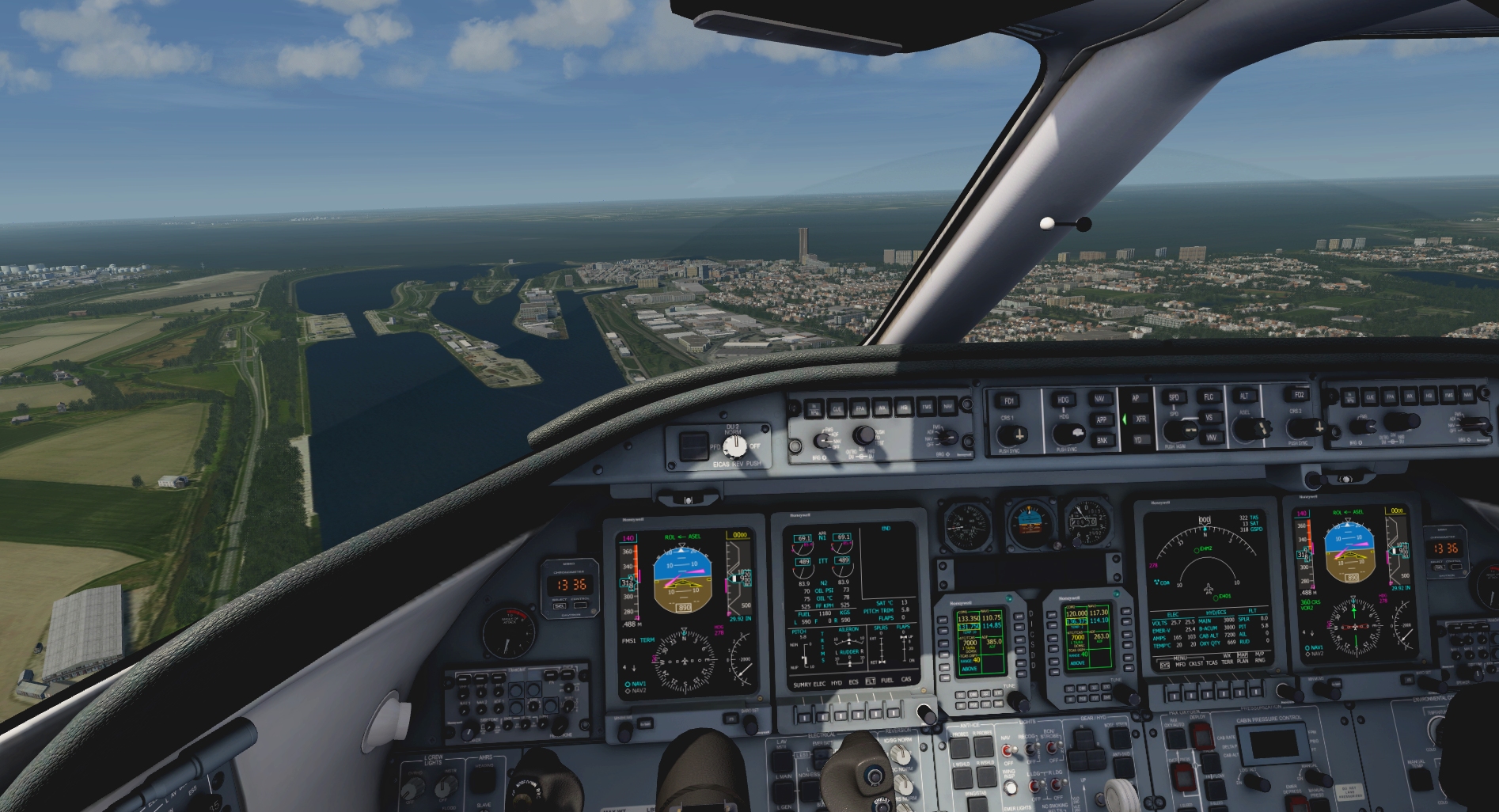 After a brief northward dart across Zeelandic Flanders, a portion of the Netherlands that had no direct road link with the rest of the country until 2003, we'll be following the Scheldt westward to the North Sea. One of the three major European rivers that fragment Zeeland, the Scheldt was the cause of an exemplary conflict between the Holy Roman Empire and the Dutch Republic in 1784. The only casualty of the one-day, one-battle 'Kettle War' was - you've guessed it - an unlucky kettle. Sadly, not all warfare in this neck-of-the-woods has been so innocuous. 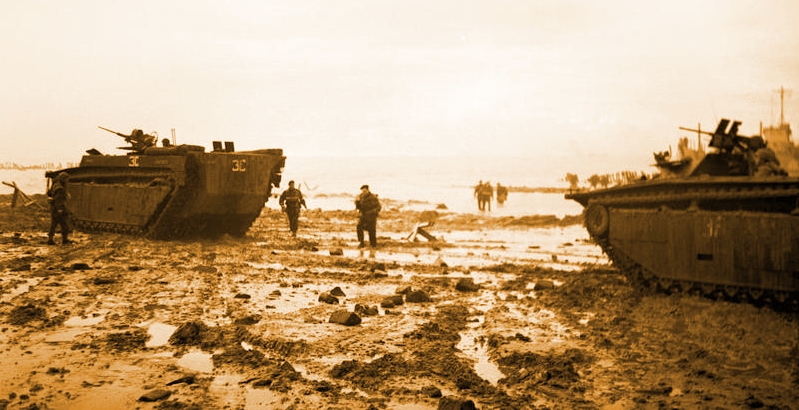 In the autumn of 1944 because the estuary down there was teeming with mines and in range of hundreds of German guns, this area endured a bloody five-week Allied offensive. Keen to conquer the Scheldt and its environs so that the newly liberated port of Antwerp could be utilised, Montgomery ordered a weary force of Canadians, Poles and Brits into Zeeland's finger-like peninsulas and islands. Waiting for them was a German Army that had made good use of the breathing space provided by Operation Market Garden. Deprived of air cover by foul weather, and forced to attack carefully prepared defensive positions across flat soggy terrain and muddy waterways, the attackers paid dearly for every village, bridge and dike they took. Without specialist amphibious vehicles like the Buffalo and Terrapin the horrendous Allied casualty figure (12,873) would have been higher still. 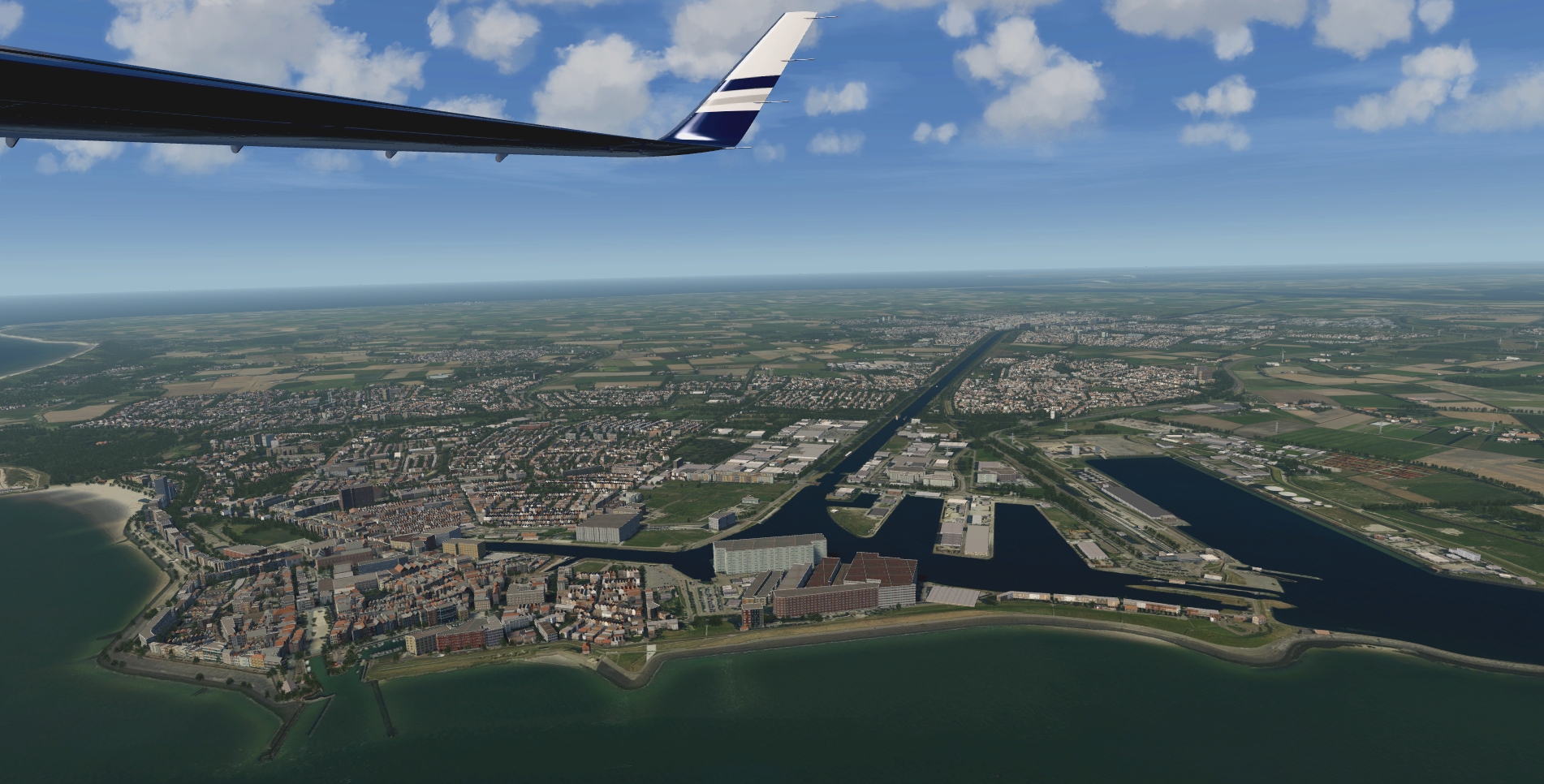 Vlissingen - aka Flushing - the city that guards the mouth of the estuary, has been supplying the Dutch Navy with formidable fighting ships for centuries. For a brief spell in the 1930s local warshipwrights Koninklijke Maatschappij De Schelde also boasted an aircraft design department. One of its products - the De Schelde S.21 - is a strong candidate for WW2's weirdest fighter despite never leaving the ground or firing a shot in anger. Pure Crimson Skies, the S.21 boasted an interior almost as unconventional as its exterior. Features included an automatic stabilising system, an airspeed dial the size of a dinner plate, and a 23mm cannon that fired rearward through the detachable-in-case-of-bail-outs airscrew. Captured in 1940, the sole prototype was shipped to Utrecht and tested to destruction by German boffins.

Huddled behind a high dike on the western tip of Walcheren, Westkapelle sports battle scars that are visible even at this altitude. That lake to the south of the village is the legacy of a British air raid, a deliberate attempt to break flood defences and inundate the area at the start of the Battle of the Scheldt. 180 locals were killed by the bombs and the swirling seawater they admitted. The white tower block beyond the lake? Orbx's disappointingly half-hearted attempt at simming the taller of the village's two lighthouses. By rights today's coastal ramble should be a pharologist's delight. Sadly, weak architectural substitutions such as this one blight the otherwise pleasing coastal scenery from here to Borkum. 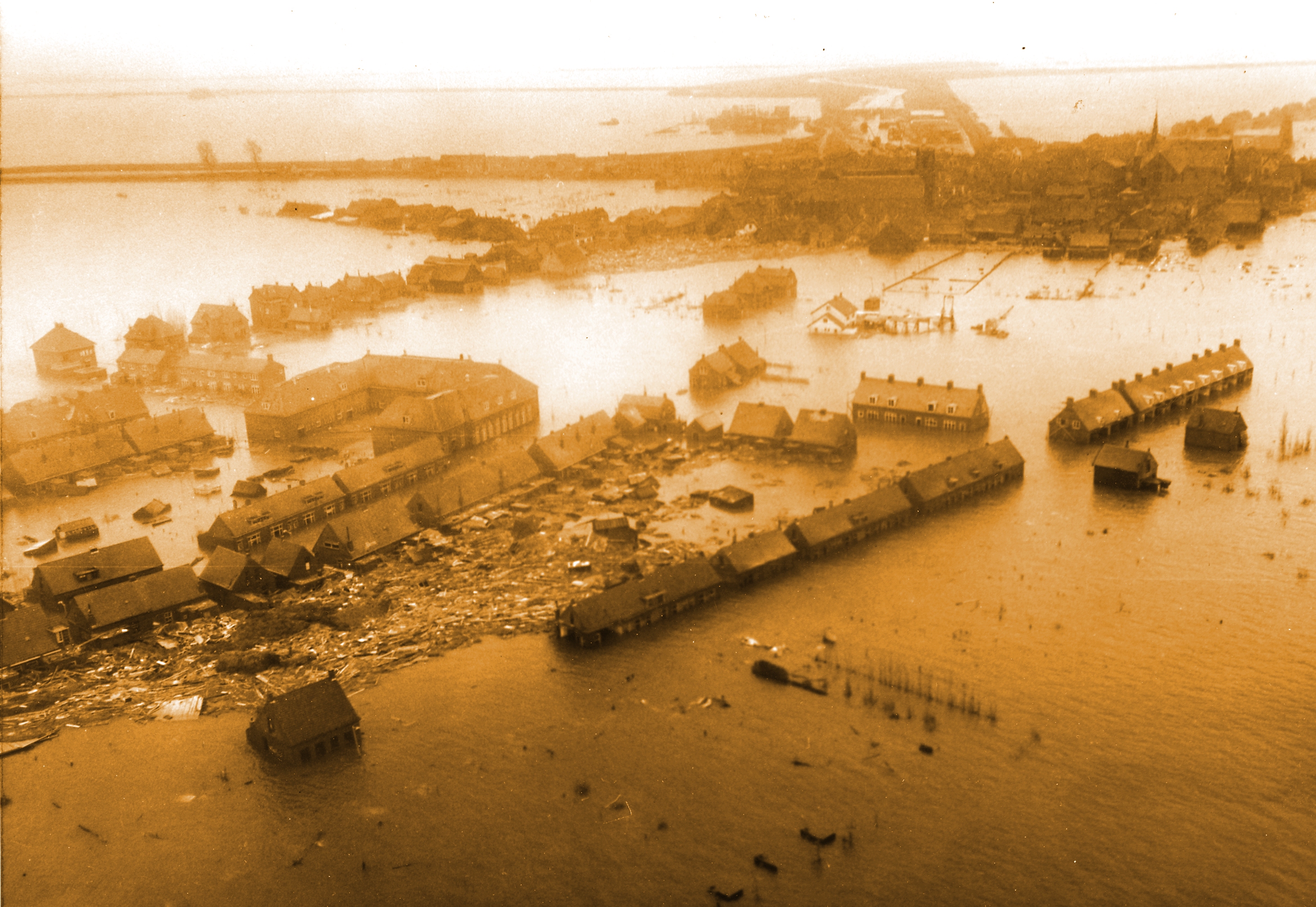 Along this stretch of the coast the North Sea needs no help from high explosives to deluge and drown. On the night of January 31, 1953, Dutch sea defences were breached in numerous places by a combination of high tides and gale-force winds. By daybreak the invading brine had taken the lives of over 1800 people and damaged or destroyed 47,000 buildings. Nine percent of this famously low-lying country's farmland was underwater.

Look to your right and you'll see one of the consequences of that night of terror. The nine-kilometre-long Oosterscheldekering (Eastern Scheldt storm surge barrier) is the largest and most ambitious of the Delta Works - thirteen colossal structures designed to prevent another Watersnoodramp.

Conceived as a conventional dam (after pressure from environmentalists, sluice gates were incorporated) it defies Neptune's might with the help of 65 18000-tonne concrete piers. These were constructed in a purpose-built dry-dock on Neeltje Jans, the artificial island just below us, then floated into position by a specially built ship, the Ostrea (oyster). Pier 66, a spare, never left its birthplace, though you wouldn't know that from Orbx's scenery.

Just visible in the haze to the east is the Zeeland Bridge, until the construction of the Ponte Vasco da Gama in Portugal, Europe's longest bridge. 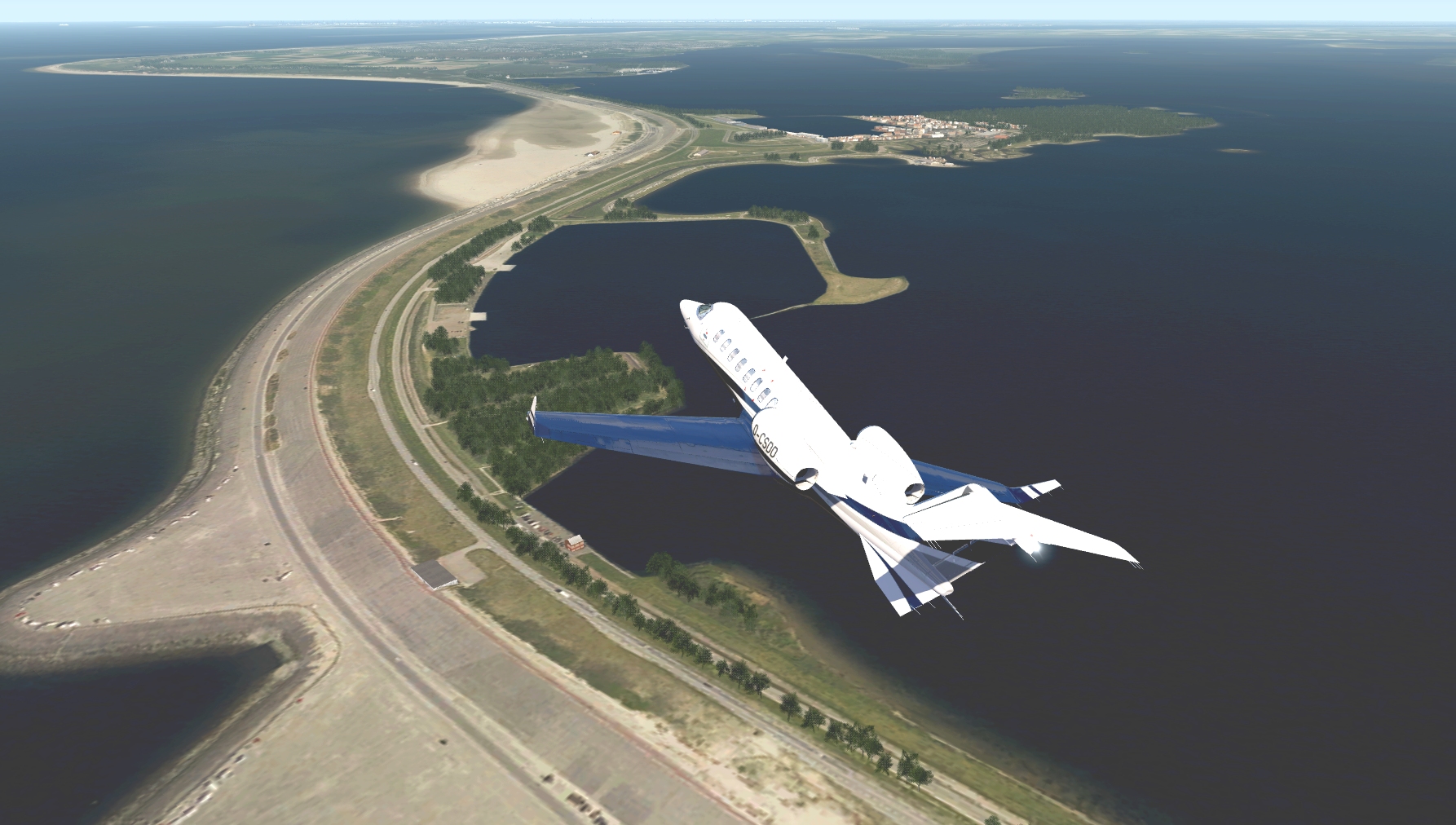 Passing the island of Schouwen-Duiveland we leave Zeeland province, following the Brouwersdam, (a Delta Work completed 15 years before the Oosterscheldekering) to Goeree-Overflakkee, another island ravaged by the 1953 flood. Handsome narrow-gauge steam locos and trams regularly trundle along this dam. 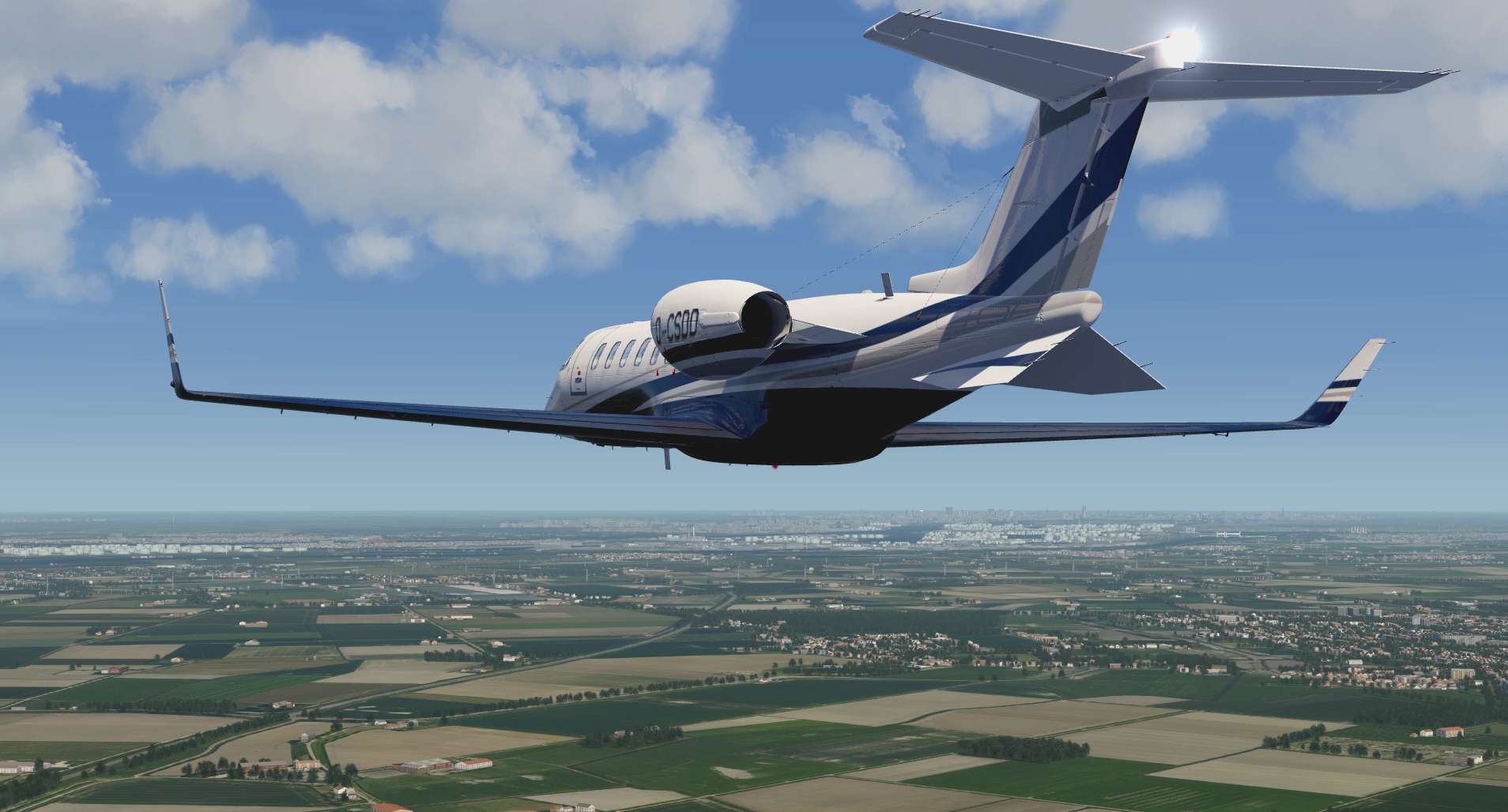 We're now in South Holland, one of the world's most densely populated areas. That urban jumble at two o'clock is the sprawling mega-port of Rotterdam. While we won't be inspecting the city at close quarters today, I have asked Roman to detour over an interesting town on its western periphery. 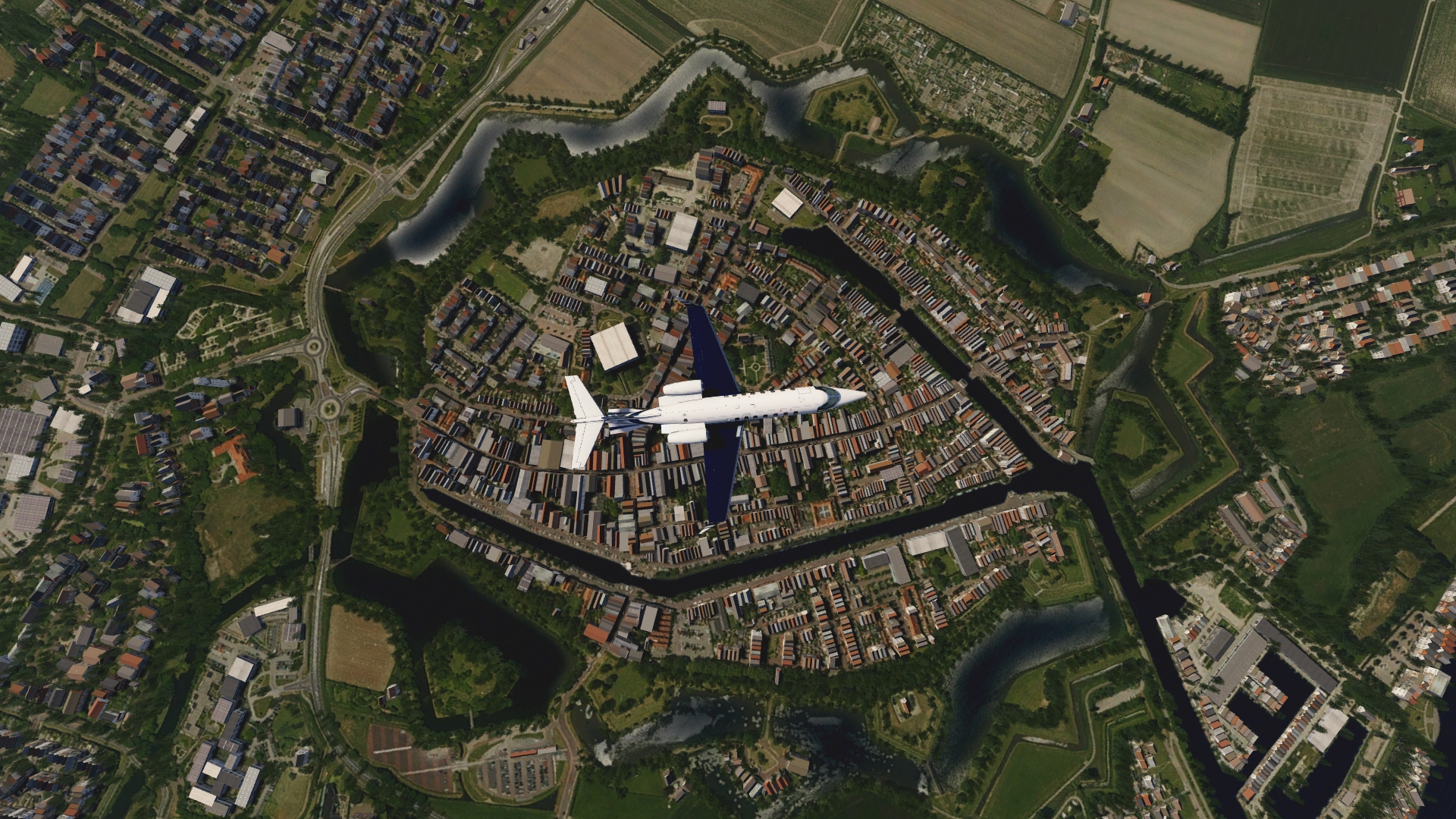 Not only does Brielle nestle inside a fabulous 18th Century star fort, it can justifiably claim to be the tulip bulb from which Dutch independence grew. In April 1572, this port was snatched from Spanish sympathizers by a desperate band of Protestant pirates called the Watergeuzen (Sea Beggars). The event, though of little military significance, swelled support for William of Orange (the original one) invigorating a rebellion that ultimately led to the formation of the United Provinces, the forerunner of the Netherlands.

No, the landscape up ahead isn't the result of a texturing glitch. Beyond the Niewe Waterweg, a ship canal faithfully recreated in VSTEP's sadly discontinued Ship Simulator series, is Westland, one of the main reasons the dinky Netherlands generates more income from food exports than any other country except the United States. This corner of South Holland is basically one giant climate-controlled greenhouse. Kids carrying cricket paraphernalia in these parts are shot on sight, I hear. 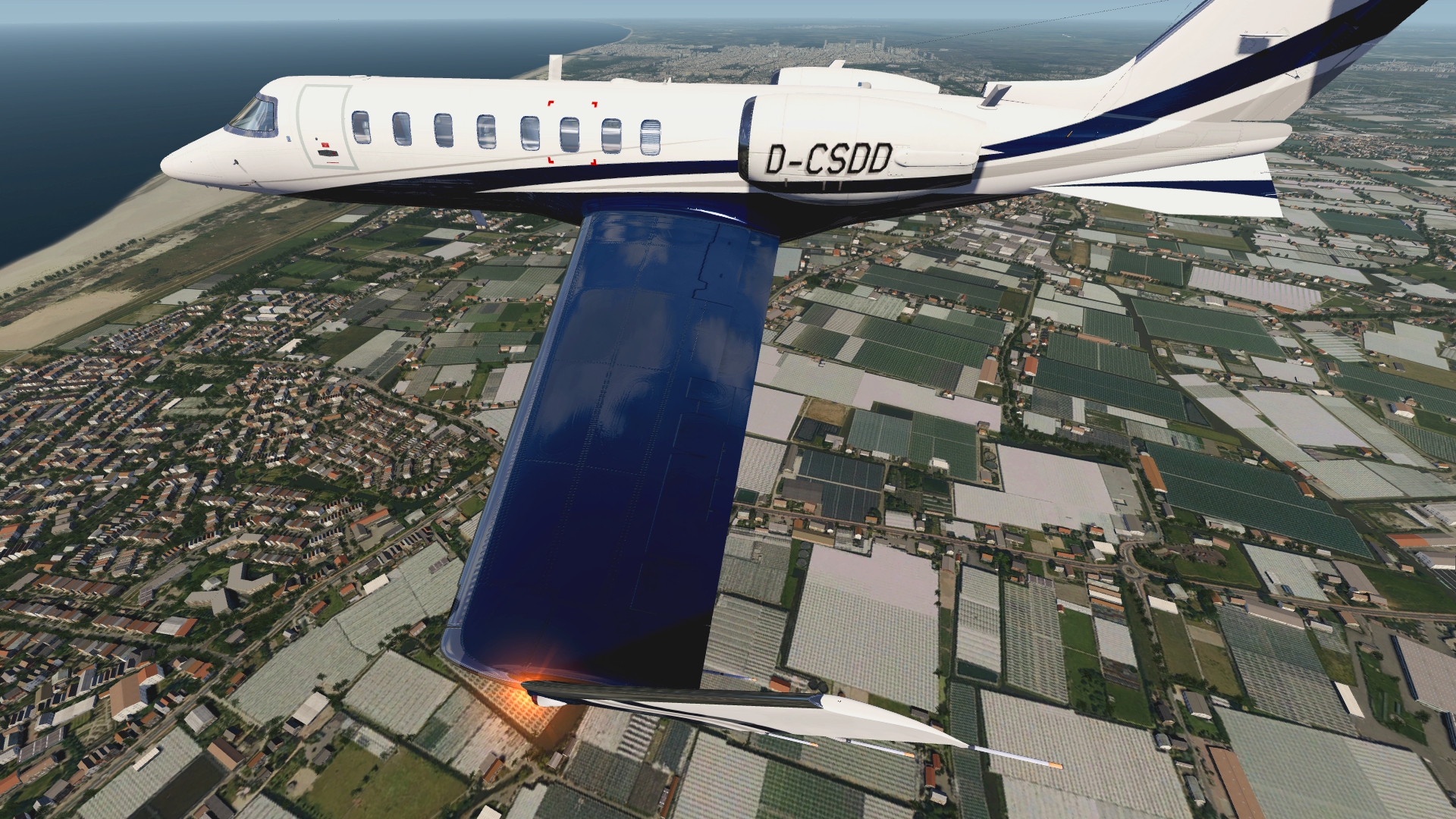 We're about to rejoin the coast at the splendidly-monikered village of Monster. Shortly, the Hague will begin to dominate the view to starboard.

Now famous for its international judicial institutions, the Netherlands' third largest city has first-hand experience of crimes against humanity. Few of Den Haag's 10,000 Jews survived the Holocaust. It's also a place that understands the meaning of the term “collateral damage” all too well. On March 3, 1945, RAF bombs intended for a V2 launch site in the Haagse Bos struck the densely populated residential area Bezuidenhout instead, killing 500 civilians.

Aerofly FS2 seriously short-changes Scheveningen, the Hague's seaside suburb. The distinctive multi-pronged pier that Stentec modelled so diligently for Sail Simulator 5 is, as you can see, conspicuous by its absence. Worse, Roman and I have flown this way several times and not once glimpsed a scuttling strandbeest! 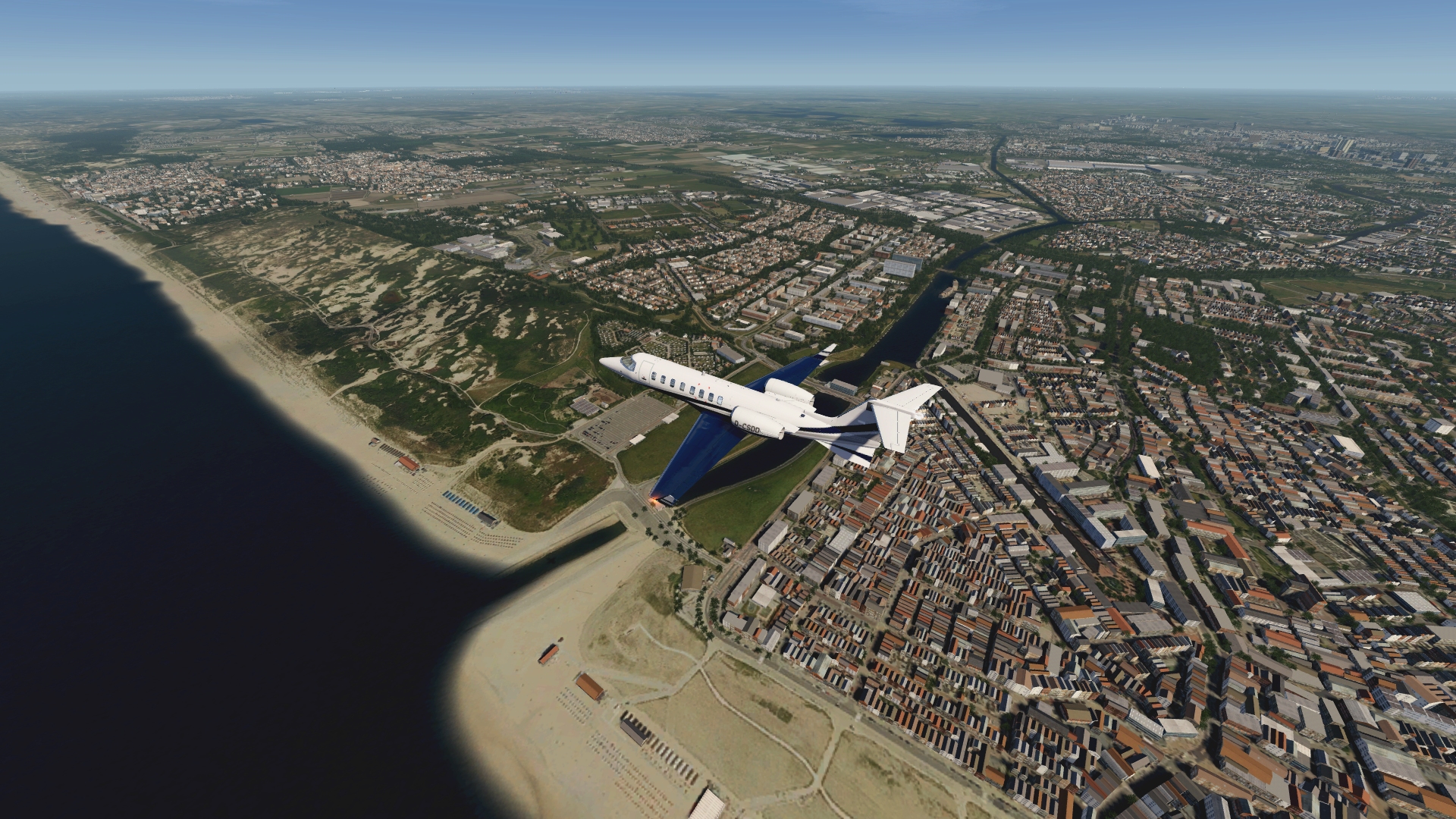 The Netherlands' primary bulb-growing area begins here at Katwijk. At this time of year the 30-kilometre-long Bollenstreek (Bulb Region) should be a breathtaking sight from a low-flying aerodyne like ours, not the drab grey-green patchwork visible over yonder. Tulips arrived in Holland towards the end of the 16th Century and were found to thrive in the maritime climate and sandy soils. Prized by the rich merchants of the Dutch Golden Age, especially when variegated by an obliging virus, they inspired the first futures contracts – cocksure traders and opportunistic speculators contracting to buy bulbs months before they were harvested. During a period known as Tulip Mania individual rare bulbs changed hands, on paper at least, for obscene sums. The bubble burst in 1637, those left with expensive commitments escaping ruin with the help of the Dutch government who agreed contracts could be voided by payment of a 10% fee.

That tarmac squiggle down there is probably the most ludologised landmark in the Netherlands. The Circuit Zandvoort takes its name from the dune-hemmed holiday resort to the south where, in 1905, one of the very first Dutch movies was shot. Roman reckons the six-minute-long 'De mésaventure van een Fransch heertje zonder pantalon aan het strand te Zandvoort' (The Misadventures of a French Gentleman Without Pants at Zandvoort Beach) is a Jungian parable about anima development set against a backdrop of a continent sleepwalking towards disaster. I see it more as a film about a man who loses his trousers on a beach.

A safe haven for E-boats and U-boats, and an important industrial centre, IJmuiden received regular visits from Allied bombers during the 1939-45 war. It's a port I can't pass without thinking of the B-26 Marauder. This twin-engined, six-man American type arrived in England in March 1943 and was employed for the first time in a low-level attack on the power station at IJmuiden. The May 14th raid seemed to go well. All twelve participating B-26s made it back to Essex, and most reported that their delayed-action* bombs had hit the target.

* Designed to give workers a chance to get clear 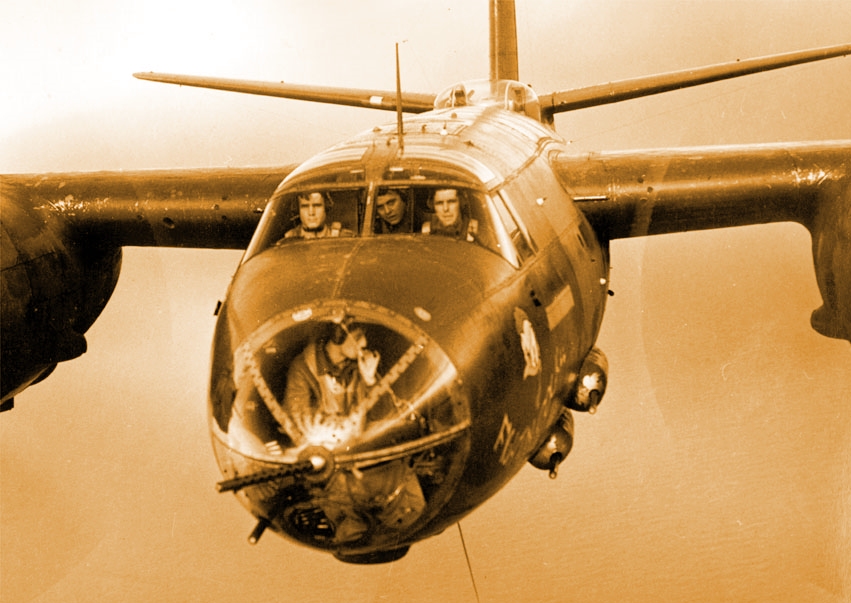 What the crews of the 322nd Bombardment Group didn't learn until the following day was that  prompt action by German bomb disposal teams had completely negated their efforts. The power station remained fully operational. It would need to be hit again - presumably with bombs with shorter fuses - and, to the horror of everyone at Great Saling, the top brass insisted that the follow-up raid should take place a mere three days after the original sortie and use exactly the same route. Protestations from the 322nd's commander and a strongly worded memo from the senior intelligence officer (“Extreme Danger in Contemplated Mission”) were ignored. At 10.56 on the morning of May 17th eleven Marauders clambered into a cloudless English sky before descending to mast height for the fifty-minute sea crossing.

Only one of those aircraft got home, and that survivor had aborted before reaching the Dutch coast because of an electrical failure.